The BMW M2 is the newest kid on the M block. The reviews have been stellar so far but none of them compared the M2 to the one rival everyone is looking at: the Mercedes-Benz A45 AMG. Today, we’re in for a treat as the two star in a drag race video that should settle some scores. In all fairness though, the two aren’t exactly direct rivals. However, at the moment, the M2 lacks a proper challenger from both Mercedes and Audi, and the Bavarians are not offering a hot hatch that would stack up against the A45 AMG and RS3 models.

Furthermore, the “baby-M” stays true to the recipe that made BMW the brand it is today. It’s still rear-wheel drive and uses a creamy inline 6-cylinder engine under the bonnet instead of four-pot or five-pot mills. Sure, sending all the power to the rear axle may be an issue when drag racing as putting down the massive amount of power these cars have may be problematic, but the fun you can have with a rear-wheel drive mad car – such as the M2 – makes it all worth it. 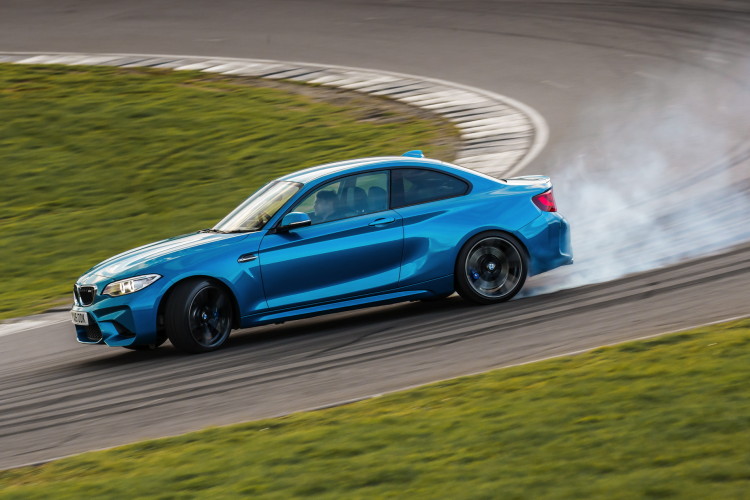 Te drag race between the M2 and the A45 AMG took place on a damp track. Chip in the extra power the Merc has and things are definitely not looking good for the BMW. And yet, somehow, the underdog here also has some tricks up its sleeve. Surprisingly, even though it has a bigger engine under the hood, the M2 is lighter than the Benz.