Though, seemingly very similar to its predecessor, the 2016 Kawasaki ZX-10R is far from unchanged. The new ZX-10R has not only been improved, but it has been improved utilizing feedback from WSBK winner Jonathan Rea and rider Tom Sykes. As a consequence of this, it is rather fitting that the Kawi can be purchased in a KRT edition, which adorns the Kawasaki Racing Team livery, to serve as a reminder of the brand’s success in last year’s competition.

However, the ZX-10R competes in a highly competitive segment, one which the BMW S 1000 RR turned on its head when it was introduced in 2009. The S 1000 RR was, as many of you are likely aware, made originally for the purpose of competing in the WSBK, but its success was far greater in commerce than on the track.

The Beemer is now aging and the Kawasaki has recently been reinvigorated. Kawasaki, too, boasts a record of reliability which no European motorcycle manufacturer can currently match. Consequently, it may seem that comparing the two vehicles is then an exercise in futility, as the Kawasaki should easily be the ‘better’ bike? Not so fast.

Though, the BMW is a bit long in the tooth, it remains very capable of holding its own against its modern rivals. This is a result of being rather advanced when it was introduced in 2009. In fact, the rest of the manufacturers are just now beginning to catch up. Still, Kawasaki has noticed the impact the Bavarians have had on this market segment, as well as other new entries like the new R1 from Yamaha, and has responded with force.

The new Kawi has been improved in a vast number of ways in comparison to its predecessor. The new model produces a whopping 207hp, trouncing the BMW’s 199hp. Too, the Kawasaki benefits from a boost in torque, now at 84ft-lbs. The S 1000 RR produces a highly comparable 83ft-lbs. Both bikes utilize wet, slipper clutches, something which Ducati has just recently brought to their sport bike in this price range, the 959 Panigale.

The Kawasaki’s improved electronic assists have not placed the ZX-10R far beyond the S 1000 RR, but rather brought it closer to the Beemer’s level. As for other equipment, such as brakes, the bikes seem evenly matched. The BMW weighs a mere 4 pounds less than the ZX, but every pound matters in this segment. Both machines seem to be quite well balanced, as well.

The way in which the new Kawasaki delivers its power is much improved, making the bike seem rather tame and improving its practicality for frequent use. Again, something which the BMW has offered for some time now. 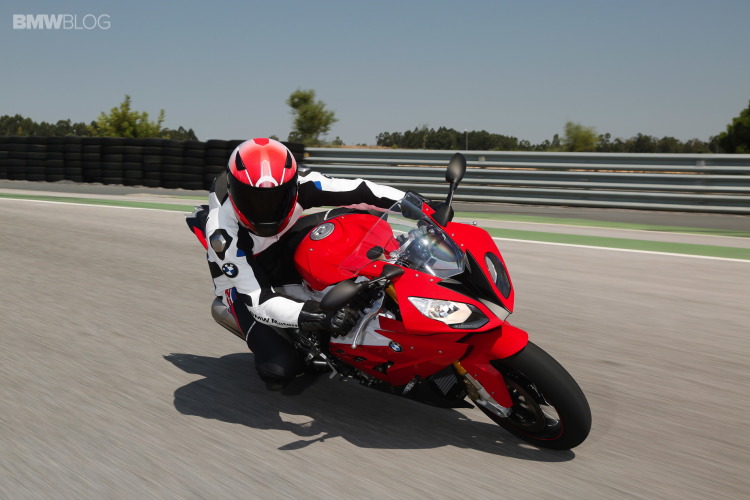 The BMW’s level of refinement and its concomitant success have certainly led the competition to up their game. The new ZX-10R demonstrates this quite well. The BMW did benefit from a refresh in MY15, but a full revamp should not be too far in the future. The biggest issue for the BMW is that it no longer offers a significantly more advanced riding experience than its competitors, and because of that, factors such as reliability become of greater significance, a battle which the Japanese brands are still winning. Yet, for the time being, the BMW is far from being outclassed. Too, the Beemer remains quite competitively priced at $15,695 with ABS standard, compared to the Kawi at $15,999 with optional ABS.

That the BMW remains so competitive overall speaks volumes about the vehicle itself. In the end, I postulate that no customer would be disappointed by either machine. Both bikes possess non-tangible positives, as well. The BMW, as it adorns the blue and white propeller logo, arguably has a greater social value, social currency. The Kawasaki, offers a greater peace of mind, as well as bragging rights for being the bike with which the 2015 WSBK was won. Neither bike will leave you without options for customization and individualization. However, the Kawasaki is available in very few colors.

For potential customers, the determination may come down to aesthetic preference. Both machines are rather handsome. The Kawi benefits from a symmetrical ‘face’, whereas the RR has a distinctive non-symmetrical appearance. The BMW’s unique look has been the subject of debate since its introduction, but it undeniably helps to distinguish the bike from the rest of the pack when on the road. As riding is a very social activity, you’d feel good about arriving to a meet-up on either bike, and both seem to garner the attention of others. However, when the next generation S 1000 RR is introduced, I anticipate that it will again stand out as being the cream of the crop among the liter bikes.