BMW’s advertising history over its 100 years 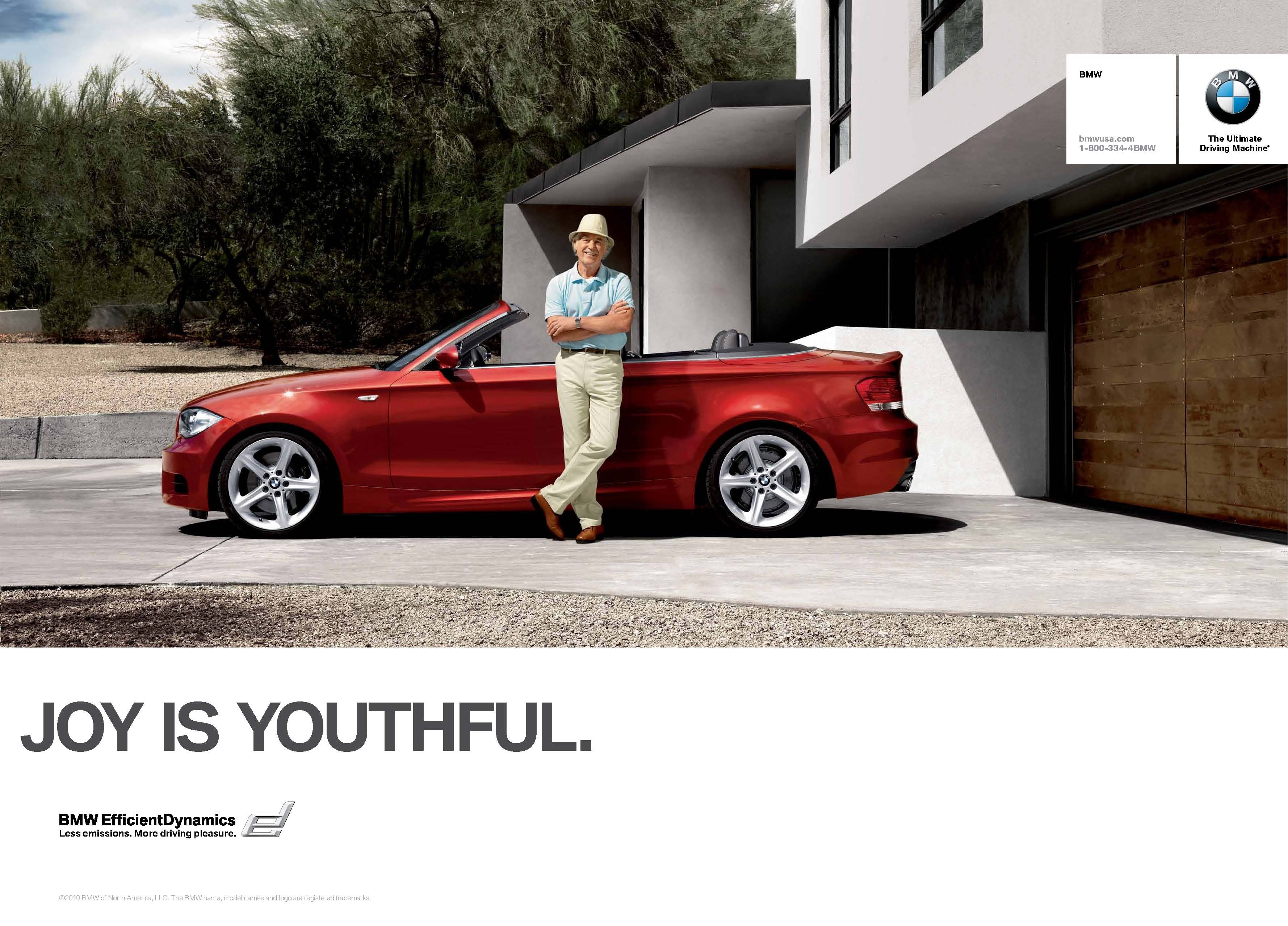 With BMW becoming 100 years old this week, it’s obvious that the Bavarian brand saw quite a lot transpire, in terms of technology. The television, computer and internet were all things that BMW had to do without during some point in its history. So, with the advances is media, BMW changed its advertising practices quite a bit over the years. Being that BMW always comes out with entertaining advertisements, we thought we’d take a look at how its ads have changed over the years.

Back in the ’60s and ’70s, BMW advertisements, much like most other automakers’ adverts, were basically just posters of a car with some witty headline. There weren’t particularly exciting, but many of them did make great bedroom wall posters for car fans. This particular ad for BMW’s Neue Klasse of cars came in the ’60s and features the BMW 2002, which had just shocked the world. If you read the test, you will see a quote from David E. Davis’ BMW 2002 review for Car and Driver back in the day. “If the 1600 was the $2,500 sedan Car and Driver ever tested, the 2002 is most certainly the best $2,850 sedan in the whole cotton-picking world!”

But those were the sort of ads you got before car commercials really became popular and and internet hadn’t been invented yet, so catchy banner ads weren’t yet a thing. They were basically just a picture of a car with some bits about the car written on them. Straight forward, then.

As time went on, BMW obviously go cleverer with its marketing and started putting out ads that were funny and quirky as well as informative. Well, sometimes more the former than the latter. This E60 BMW 5 Series ad, for example, says almost nothing about the car except for implying that the 5 Series is equally as monumental achievement as when mankind invented the wheel. It’s an obvious hyperbole, but it’s fun and silly. However, it says literally nothing about the car itself, a massive contrast from the Neue Klass ad, which was basically just a sales pitch underneath a picture. The E60 ad is a bit more creative.

But BMW’s best ads always cam int he form of videos. Whether they be for TV or YouTube, BMW has always made great commercials that are usually either funny or impressive, but always entertaining. Most recently, BMW created an i3 ad for last year’s Super Bowl, featuring Katie Couric and Bryant Gumbal, that became a big hit for its humor and creativity. And that isn’t the first time BMW has gotten celebrities to feature in commercials, as Joseph Fiennes once narrated an ad for the E60 BMW 5 Series. But my favorite BMW commercials are ones featuring cars doing impressive stunts and some cool driving, like one for Certified Pre-Owned BMWs that featured an E92 3 Series doing some impressive driving carefully around delicate vases without breaking any.

Overall, BMW has had fun over the years making interesting ads and commercials and it’s interesting to see how the brand changed its tactics as new media outlets became available. Check out the ads throughout the years for BMW below.

2 responses to “BMW’s advertising history over its 100 years”