We reveal the secrets of the BMW Z5

Home » We reveal the secrets of the BMW Z5

A successor of the BMW Z4 is finally coming. After years of speculations, first BMW Z5 prototypes were spotted last week during winter testing and judging by the camouflage on the test mules, the final product is about two years away.

Today, we have a new information regarding the Z5 and what to expect when they land in dealerships in 2018.

This will be the first model co-developed with Toyota which will make the production of this Z5 more profitable. BMW aims to reinvent the sports roadsters segment with a range of cars designed with a unique and avant-garde design combined with typical roadster proportions – long bonnet , short rear overhang and a very low driving position situated practically on the rear axle. 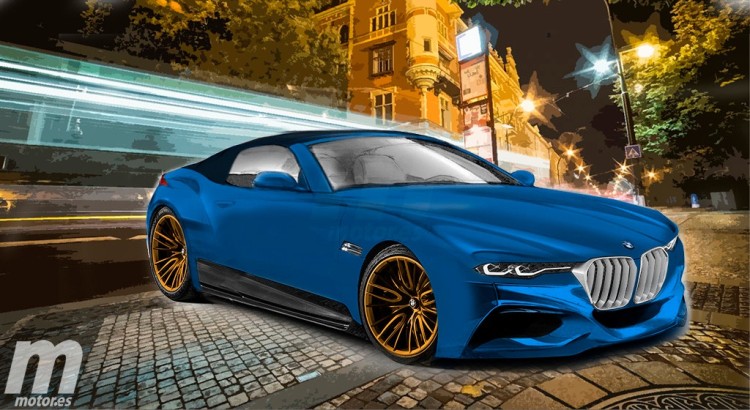 Its design will see some cues from the BMW 328 Hommage and Vision ConnectedDrive, so expect a classic, yet futuristic design that will steal the show.

Originally devised as a hardtop roadster as the previous Z4, the Bavarians have decided that the BMW Z5 should be offered in two body styles – a roadster with a canvas roof and a coupe, like the old Z3 coupe.

The BMW Z5 is built upon the new rear-wheel drive architecture introduce by the new 7 Series and will follow the BMW philosophy of lightweight construction by using aluminum, ultra high strength steel, magnesium, carbon fiber and thermoplastic. For example, the structural pillars and roof structure are made of CFRP.

Both Z5 models – Coupe and Roadster – will be equipped with BMW drivetrains, except for the hybrid version which has Japanese origins.

Rear-wheel drive is standard, but an optional four-wheel xDrive system paired with four and six cylinder engines. The top model will carry the M Performance badge which could be a hybrid with a four-cylinder engine with water injection outputting close to 600 horsepower.