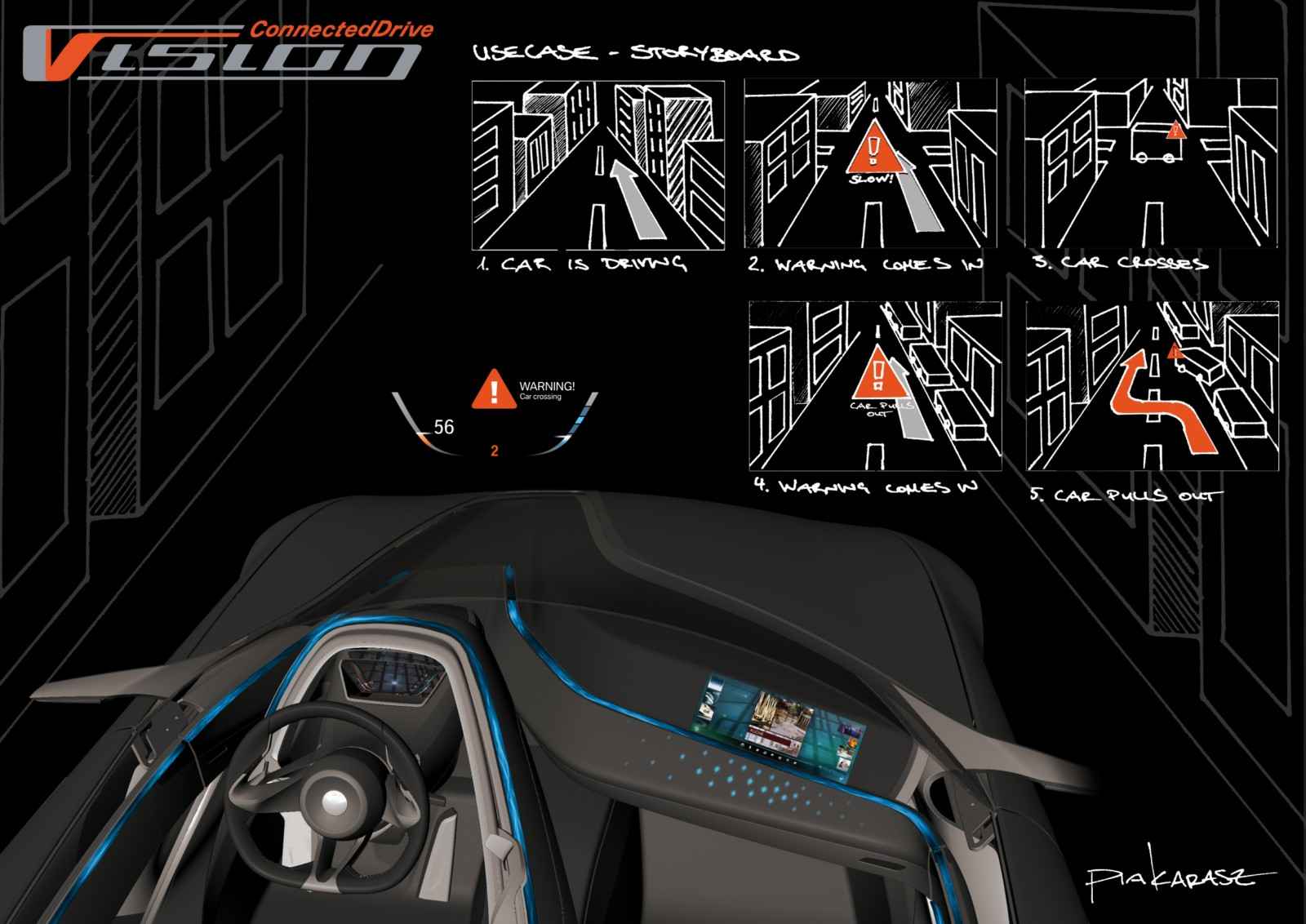 The 2011 Geneva Motor Show hosted the world premiere of BMW’s latest concept: Vision ConnectedDrive. The latest sportscar from BMW doesn’t emphasize the exterior design, but rather showcases how in the future cars will be connected to their surrounding environment.

Augmented Reality and even artificial intelligence are two of the primarily characteristics of this concept. The car has the ability to connect with the outside world, anticipate driving habits and driver’s personal preferences. Location-based information is another key concept in BMW’s Vision ConnectedDrive. The Infotainment system which is based primarily on location-based information displays data falling within a certain predefined radius. 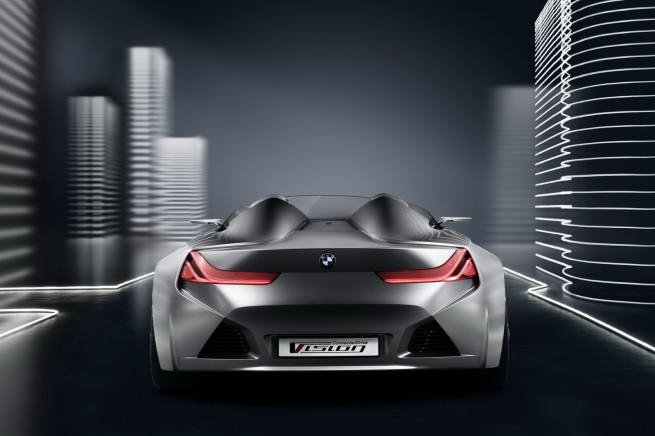 Thilo Koslowski, the vice president of automotive research at Gartner, said in an interview for Fox News that this kind of location-awareness is the latest auto tech trend. “Cars are becoming smarter and communicating intelligently with the outside world,” he told FoxNews.com.

Just like the ConnectedDrive Concept, the cars have the ability to pinpoint your current location at all-time, identify your music and movie preferences, and furthermore, interact in a social way with other cars on the road. Koslowski also said that over the next ten years, cars will “crowd source” information from other drivers as they pass your vehicle, learning valuable information that are then displayed on your screen.

The cars are bound to become a central hub of information, a super-smart mobile office that allows you to complete most of your daily tasks. The car also becomes an entertainment hub, aside from the in-car media features, the smart car of the future would allow you to order movie tickets, make reservations, and email or text people. “Cars will become the ultimate mobile device,” Koslowski said. “And even more so because they truly are mobile. Making information more accessible to the driver has become a new automotive focus.” 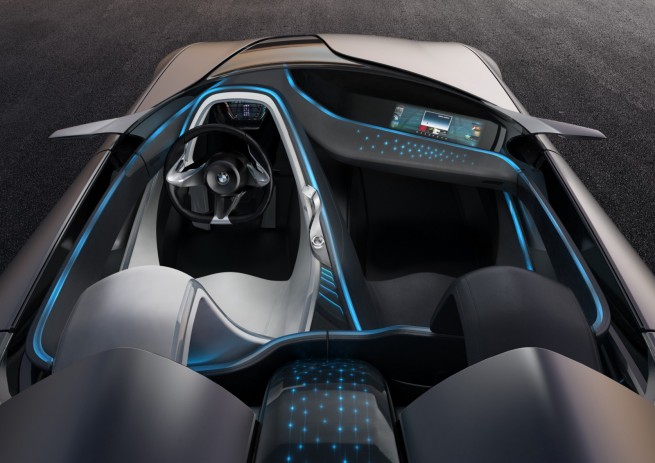 In their Vision ConnectedDrive Concept, BMW said location-based services enable the information available to be used to create a digital tour of the city or to book a ticket, complete with the appropriate entry in the digital calendar.


As drivers and passengers crave for more information as they drive, information overload becomes an issue that could lead to potential distractions. Safety is the ultimate goal in any modern vehicle and automakers are already taking the necessary steps to improve safety of their cars and passengers. Fox News touches on this subject as well reporting on new technologies developed by Mercedes-Benz and Volvo that can sense an imminent collision and hit the brakes automatically. The Volvo S60 can detect a passing pedestrian and flash a warning light before braking. BMW has already deployed several new technologies in the recently launched 5 and 7 Series; including Lane Departure Warning, Active Blind Spot detection and Night Vision Cameras. 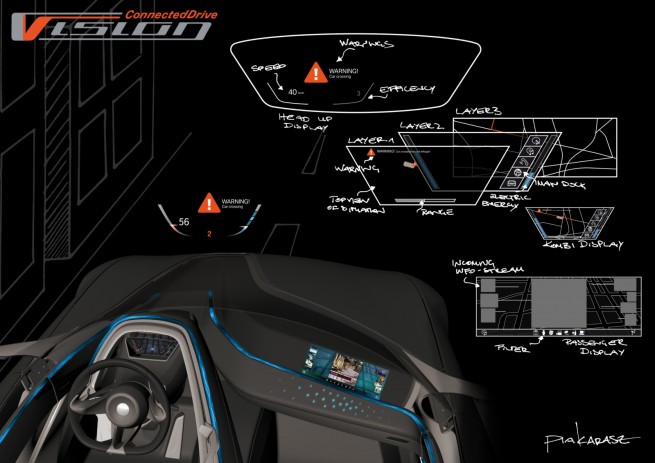 The new Vision ConnectedDrive Concept aims to improve safety with a new set of features. Equipped with a complex sensory system, the car has the ability to scan the surrounding space and the chosen route. In a case where the traffic lights ahead of you have failed, the information is quickly processed by the system and a warning message is displayed on the three-dimensional Head-Up Display. While this seems easily attainable these days, the next feature seems pulled out of a Sci-Fi flick: sensors that can see around corners. 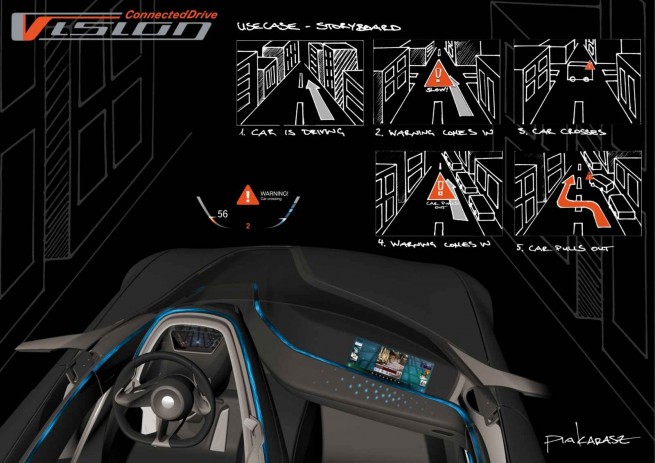 Imagine a scenario where ahead of you lays a road junction with failed traffic lights or no lights at all. The Vision Concept is “trained” to immediately display a warning message, but this is just the first step in the process. Due to its ability to exchange information with road users, the car recognizes the potential danger immediately. Two cars approaching the road junction with full speed are on-course for a devastating accident, but due to the information exchanged ahead of time, the vehicle will make you aware of the imminent danger and act in two possible ways: warning message, both visual and audible, and braking system automatically applied.

By 2013, National Highway Traffic Safety Administration (NHTSA) will decide whether to regulate new vehicle-to-vehicle safety warning technologies for collision avoidance. BMW along with other automakers, are already ahead of the curve, and by the time the new regulations receive the approval seal, the technology would be mature enough to be introduce in production cars.