We’re nearing the end of 2015, with New Years Day coming up in only a few days. It’s been a good year for BMW, as we’ve seen the debut of some pretty amazing cars. The new 7 Series being the headliner, but the opening acts were great as well. We saw the new BMW X1, the very first front-wheel drive based BMW in North America, and the BMW 340i with the first brand-new I6 in a long time. Then, there were the announcements of the coming BMW M2, M4 GTS, 330e and an i8 Spyder. So it’s been an exciting year for BMW. But 2016 is shaping up to be even better.

All of the aforementioned cars will be coming out in 2016, like the M2 and M4 GTS, but there could be other exciting cars as well. It’s likely that we’ll see the new BMW 5 Series this coming year, as well as a possible BMW i5 or i6. There should also be information on some coming concept vehicles from BMW, MINI and Rolls Royce. So while 2015 was very good, 2016 should be even better. But out of all of these cars, which do you most want to see?

The upcoming BMW 5 Series could be the car you want to see. It’s such an important vehicle for BMW and one of the most popular mid-size luxury cars on the market. It will also be seeing some significant improvements from the previous model. It’s being built on the new 7 Series platform, which is a scalable platform, and will be significantly lighter thanks the platform’s Carbon Core technology. Being much lighter will enable it to handle much better than the outgoing car, which feels as heavy as it is. It will also be faster and more fuel efficient. And, considering how BMW likes to trickle technology down the model lineup, it could very well have many of the new 7 Series’ new luxury tricks up its sleeve. So the BMW 5 Series is going to be a big hit.

If you’re into electric or plug-in hybrid vehicles, the upcoming BMW i5 could be what you’re most excited about. Considering the higher stakes of the EV game lately, the BMW i5 is going to be incredibly important to the Bavarian brand. With new battery and lightweight technology having been developed at BMW, the i Division’s next vehicle could be a huge step forward over the current i3. It would also give BMW a more direct competitor to Tesla, regardless if the i5 is either a pure BEV (Battery Electric Vehicle) or a plug-in hybrid. We’ve only heard rumors about the i5 thus far, so actually getting some concrete information on it could be very exciting, if you’re into EVs. 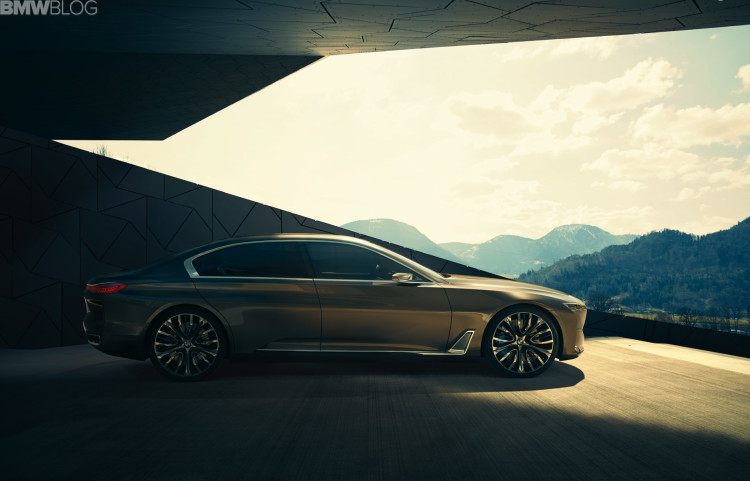 But we already know those cars are coming at some point. What about cars that we don’t know for sure about or would like BMW to make? We can think of something that we hope BMW would make, the BMW 9 Series Coupe.

We’ve recently learned of rumors that BMW could be working on a luxury coupe to fit between the 7 Series and Rolls Royce Ghost. Considering that BMW doesn’t want to bring back the famous 8 Series name and doesn’t have a trademark on the 10 Series name (plus wouldn’t that look weird, a 1050i?) so it would be a 9 Series. So, with BMW using odd numbers to represent four-door vehicles, that would mean a four-door coupe, similar to the 6 Series Gran Coupe. This 9 Series luxury coupe would likely be built on a stretched version of the 7 Series platform and use technologies from the 7 Series and the Vision Future Luxury Concept. This would be one of the coolest cars that BMW has every made and would cement the Bavarian brand in the world of ultra luxury. So the car that we’d most want to see in 2016 is a potential BMW 9 Series. What about you?