Tesla seems to be riding a wave of success and popularity lately, gaining fans the world over. In Europe, where petrol and diesel engines are taxed in many countries, Tesla has seen a significant rise in sales, selling better than many German luxury cars.

In Europe, and pretty much across the globe, the three most popular luxury cars have always been the BMW 7 Series, Mercedes-Benz S Class and the Audi A8, with the big Benz usually being the sales leader. Well, this past nine months of 2015 have changed quite a bit. So far in 2015, the Tesla Model S has sold significantly more than the BMW 7 Series and the Audi A8 and is right on the tails of the ever-so popular Mercedes S Class.

According to Automotive Industry Data (AID), for the first nine months of 2015, Tesla sold 10,600 of its Model S sedans. During that same time, Audi sold 4,700 A8’s and BMW only sold 2,650 7 Series’. Admittedly, the 7 Series was aging and has since been replaced and the A8 is being replaced within the next year or so. However, the Model S only sold 800 units shy of that of the Mercedes S Class which is very much alive in the segment.

This isn’t much of a surprise in countries like Norway, which have extreme taxes on petrol and diesel engined cars, so customers flock towards electric vehicles and the Model S is the most luxurious EV on the market. But even in the less extremely taxed countries, the Model S is doing extremely well so far in 2015. This is no surprise, really, as the Model S is a great car and Tesla is pushing hard in the European markets, so it was really only a matter of time before it caught up. But still, the Model S is breaking ground as I can’t recall the last time an American luxury car outsold European ones across the Atlantic. It might have never happened, to be honest. So is quite the big deal.

Obviously, we’ll see the numbers change a bit with BMW’s latest 7 Series but it’s curious if BMW will be able to regain the lead over Tesla. The majority of 7 Series and A8 models sold in Europe are diesel-powered and there is a large percentage of customers who have a bad taste in their mouth, when it comes to diesel engines, after Volkswagen’s latest scandal, warranted or not. So now is Tesla’s time to strike and its upcoming Model X is only going to further its desirability as it gives Elon Musk’s company another model option. Regardless of if the Model X steals sales from the Model S, that’s a win for Tesla. 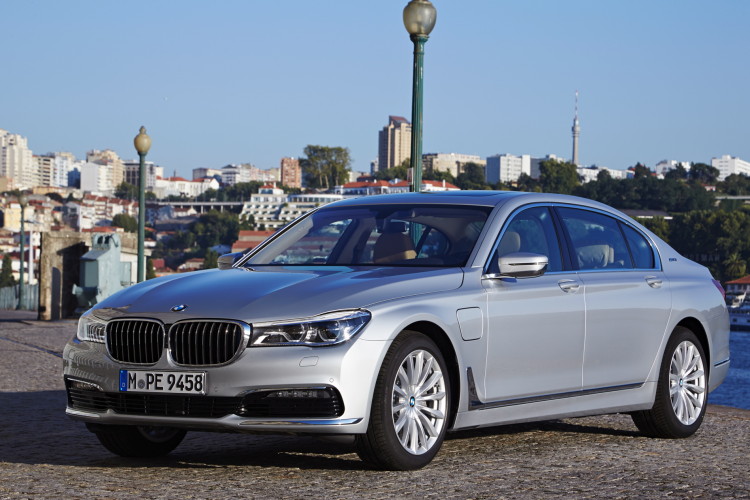 The Germans, especially BMW, have insisted that pure EVs are not the answer for our current market and that plug-in hybrids are the intermediate answer. However, Tesla vehemently disagrees and with its rate of success in the German’s back yard, BMW, Audi and Mercedes might have to rethink their approach to EVs. BMW’s 7 Series future plug-in hybrid model and Audi’s upcoming e-tron Quattro might be able to keep them in contention, but the EV luxury car market is heating up and it isn’t just here in the ‘States anymore. The Germans have another serious competitor among their ranks.