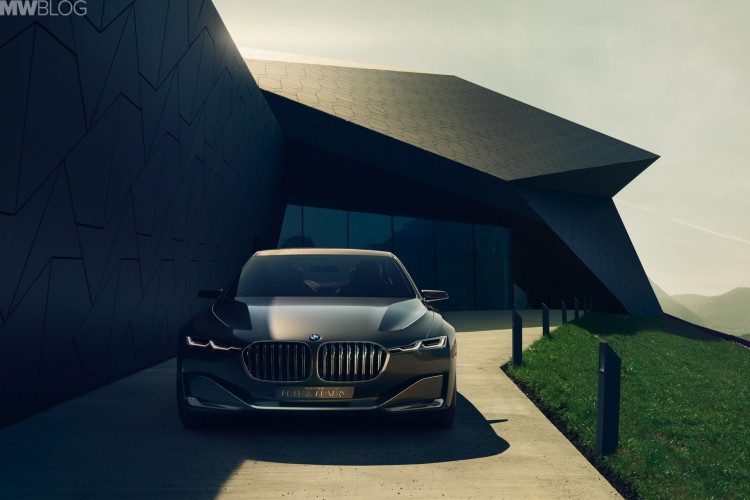 As we know, BMW’s upcoming 7 Series will be its flagship car, as always. The 7er is the car that gets BMW’s newest technologies and innovations. It’s also the most luxurious car to wear a blue and white roundel. The current 7’s cabin is a very nice place to spend time in, but has been overshadowed as of late by the newcomers from Audi and Mercedes-Benz. The upcoming 7 will be a step up, but it begs the question, should BMW go even further?

Last year, BMW showed off a Vision Future Luxury Concept, displaying what very well could be an upcoming 9 Series. The Vision Future Luxury concept (VFL) is the result of BMW’s appetite for luxury gone wild. The VFL isn’t just a 7 Series with fancier leather or an elongated wheelbase. It’s luxury unhinged, with intriguing and innovative designs throughout. 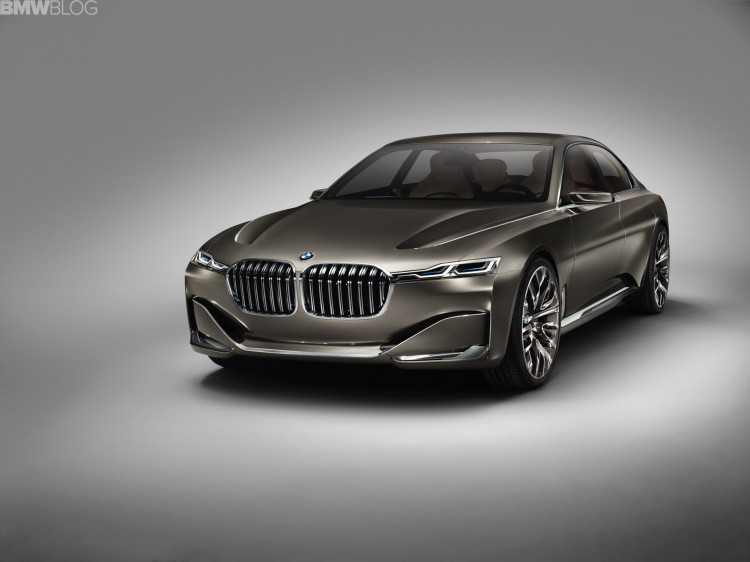 The VFL is an ultralight concept, using incredible techniques to achieve low weight and high structural rigidity. The front seatbacks for instance, are carbon fiber, but also built into the B-Pillar. This keeps the weight down, while maintaining structural integrity and side impact safety. BMW also utilizes a technique for certain interior trim pieces called “Subtractive Modeling”, in which BMW layers various materials (carbon fiber, aluminum leather and wood) in one continuous stroke, and mills them down in specific areas to create a seamless look for the trim. This technique is a bit odd, as there will be wood and aluminum underneath other materials, so the passengers won’t see it in certain areas. However, it gives the trim a very unique look and keeps weight down. 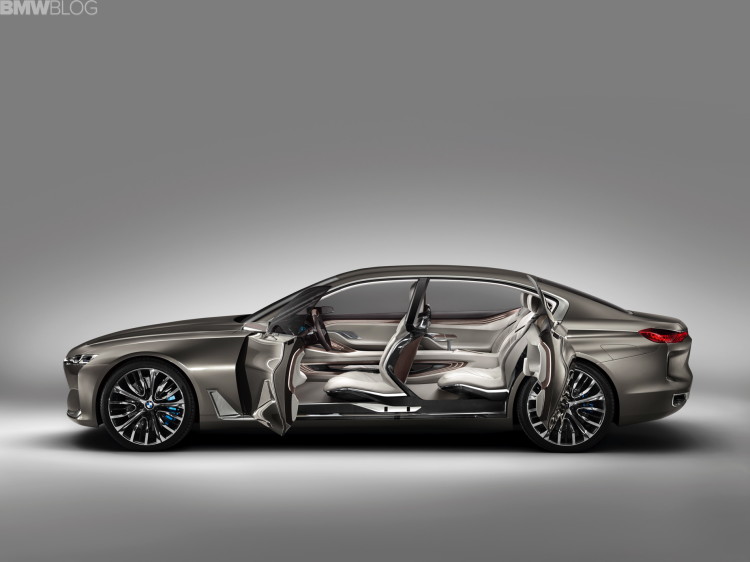 The interior of the VFL is truly unique and luxurious and puts it, and possibly the upcoming 9 Series, within shouting distance of a Rolls Royce. If a 9 Series were to be made, and this VFL concept is the basis of it, then it would succeed the 7 Series as BMW’s flagship. If such a thing were to happen, the 9er would be in a segment of one, and have no real competition. 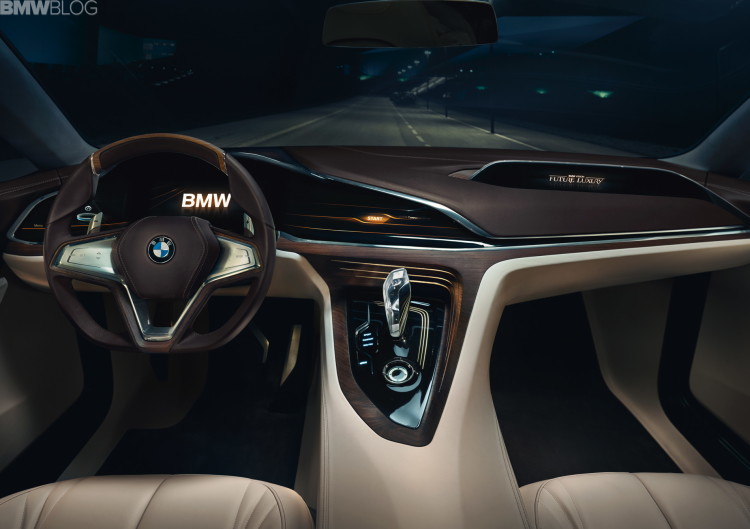 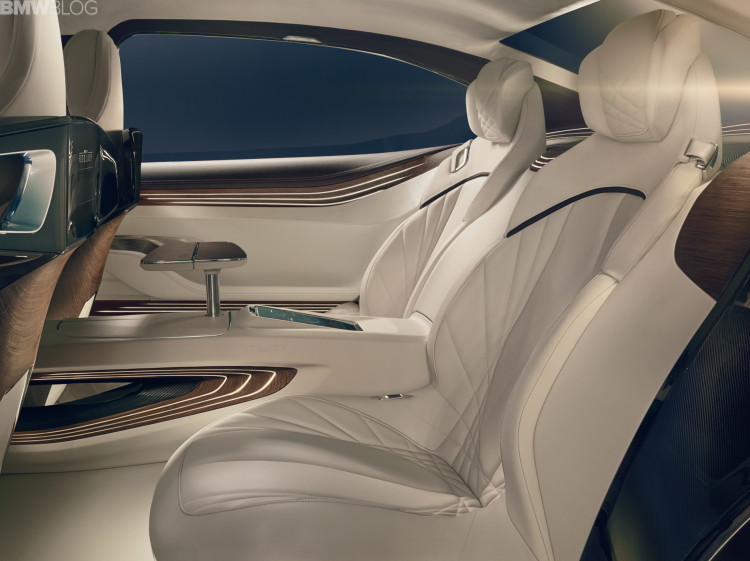 The 9 Series would slot in between the 7 Series and the Rolls Royce Ghost, in BMW’s lineup. No other car really occupies that territory. The only car to come close would be Mercedes-Maybach S600, but that’s just a tarted up S-Class with Maybach branded pillows in the back seat. It really isn’t a different model from the S-Class, it’s more like a higher trim level. The 9 Series would be its own car in its own segment and it wouldn’t wear any other badge, aside from a BMW roundel. 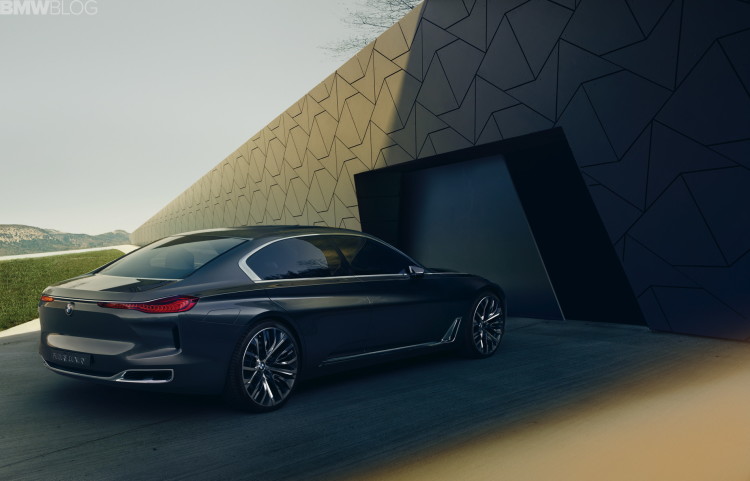 This is a unique opportunity for BMW to create another segment for itself. If priced right, the 9 Series could be the car for people who don’t want to spend the wrong side of $400,000 on a Rolls Royce, but do want something more luxurious than the standard 7 Series or S-Class. The 9 Series could be a big hit, but BMW needs to strike now while no one else is doing it.