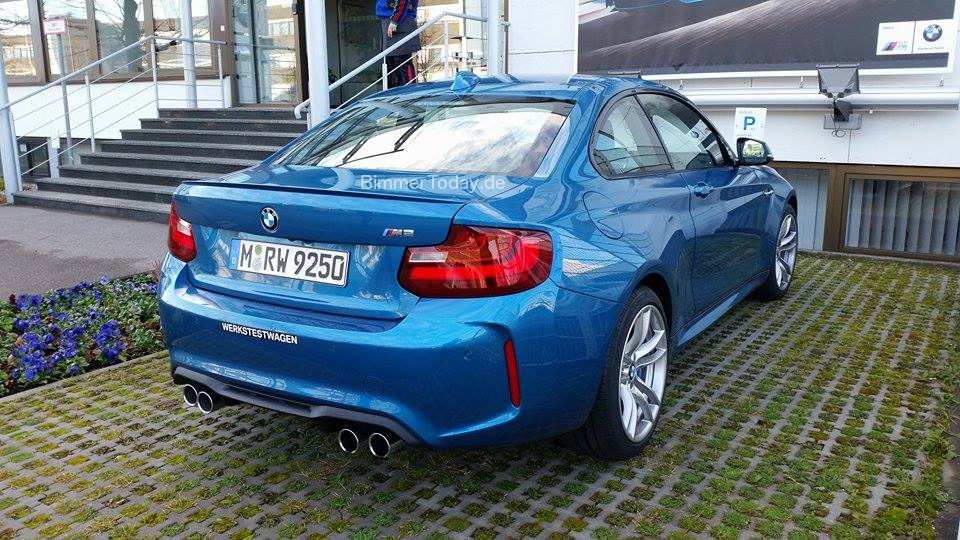 The new BMW M2 was spotted once again in Munich. With just two weeks before its world premiere, the BMW M2 test cars are out and about, and if you’re lucky enough you can spot one or two in Munich and/or New Jersey. The clip below takes around an M2 in the Long Beach Blue color giving us a real life look at what the M2 looks like in its normal habitat.

The BMW M2 only gets four choices of colors, one choice of interior color – Long Beach Blue metallic, Alpine White, Black Sapphire and Mineral Grey – one choice of wheels and one choice of trim, as of now. A source familiar with the BMW production process says the limitation of colors might have to do with the fact that it’s being built at the Leipzig facility. This plant only has a small paint booth, with maybe 8-12 colors, and have numerous car models produced in the plant so it’s possible the Leipzig is a little tight on colors. The Long Beach Blue is the only new color of the four. 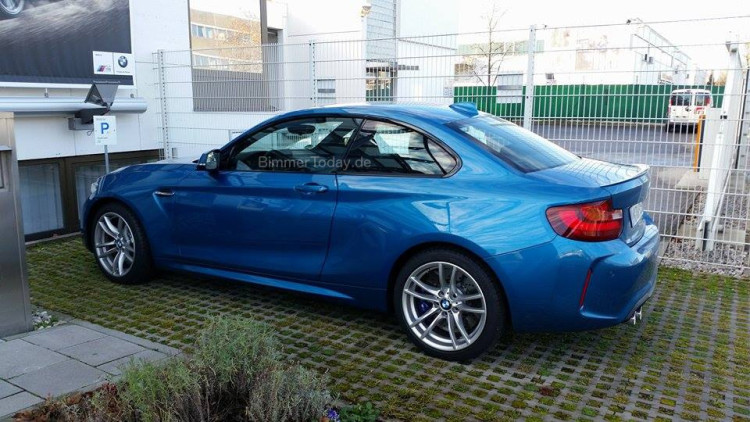 There is actually quite a long list of other options, but many of them seem as if they will be standard and the rest will likely be joined together as part of available packages

The cabin is fitted with a host of BMW M-specific equipment details – Sports seats, in black Dakota leather with blue contrast stitching and an M logo in the backrests, an M footrest and knee pad on the center console and instruments with BMW M2-specific dials and needles. 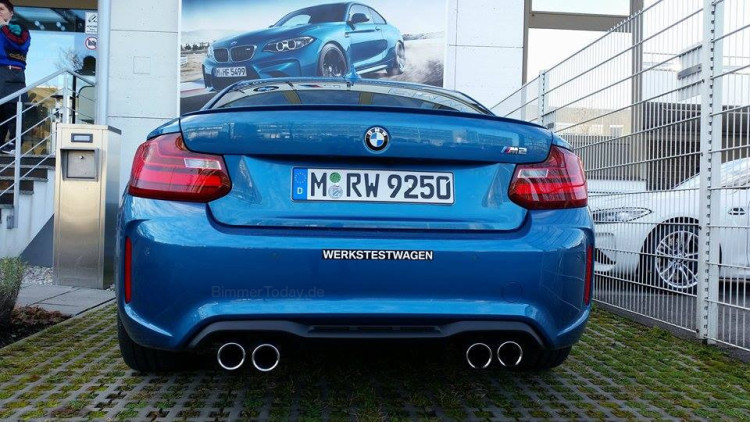