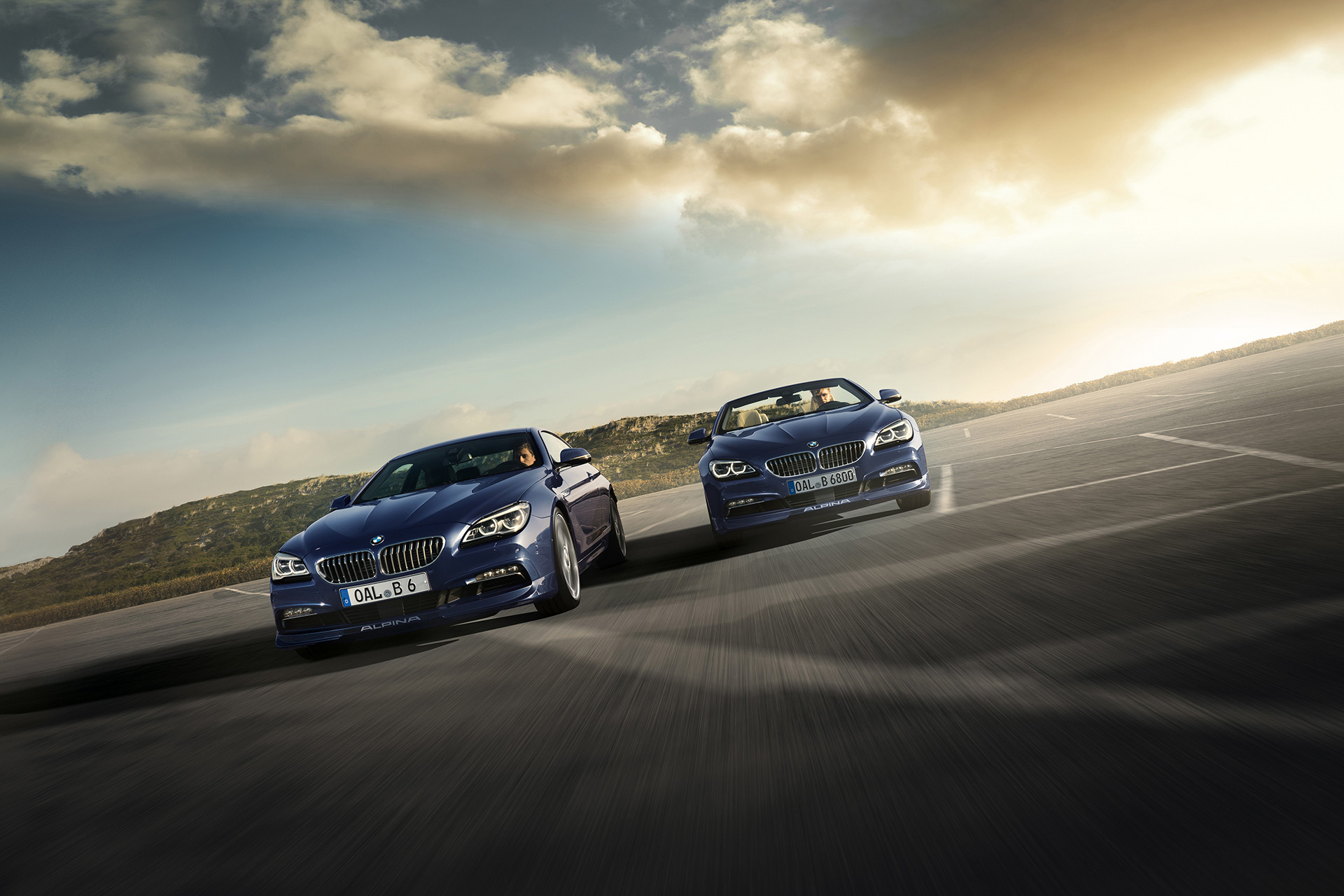 We recently saw the new Alpina B6 Bi-Turbo Edition 50, which is able to rocket from 0-60 mph in 4.2 seconds and hit an electronically-limited top speed of 205 mph, making it the fastest car currently wearing a BMW badge. The engine powering that beast is a 600 hp version of the 4.4 liter twin-turbocharged V8 used in many BMW M products. This engine will now be powering the new Alpina B6 Bi-Turbo Coupe and Convertible for customers who couldn’t get their hands on the limited edition Edition 50.

The Alpina B6 Bi-Turbo will come in both coupe and convertible form and be available with all of the same power and performance as the Edition 50. It will also come with a sports suspension, adjustable dampers and a limited-slip differential. So this will be the most hardcore performance Alpina B6 yet, but there will be one issue with it for US customers…They won’t be getting it.

The Alpina B6 Bi-Turbo will only be available for the European market and won’t cross the Atlantic. This just reinforces the theory that the US market gets the short end of the stick, in terms of which cars it gets. As if it wasn’t bad enough the the US market gets none of the diesel Alpinas, it has to be shafted this one, too.

Not all is lost, however, because the US market will be getting the Alpina B6 xDrive Gran Coupe, which is even better looking and even faster. It still has the 600 hp 4.4 liter V8 as the Bi-Turbo, but its xDrive all-wheel drive allows it to rocket to 60 mph in 3.6 seconds. However, it’s only capable of 200 mph, so it’s a touch slower at the top end than the Bi-Turbo. It sure is pretty, though.

Having said all of that, if you’re an American car enthusiast, which car would you rather make it to the ‘States?

On one hand, the Alpina B6 xDrive Gran Coupe is a fantastic-looking, wonderfully luxurious and monstrously fast four-door coupe that is capable of 200 mph in extreme luxury. On the other hand, the Alpina B6 Bi-Turbo is a sexy coupe with a limited-slip diff and is a bit more hardcore and probably a bit more fun while being just as luxurious. So it’s a tough decision to make. Do you take the straight-line luxury cruiser or the better handling sports coupe?