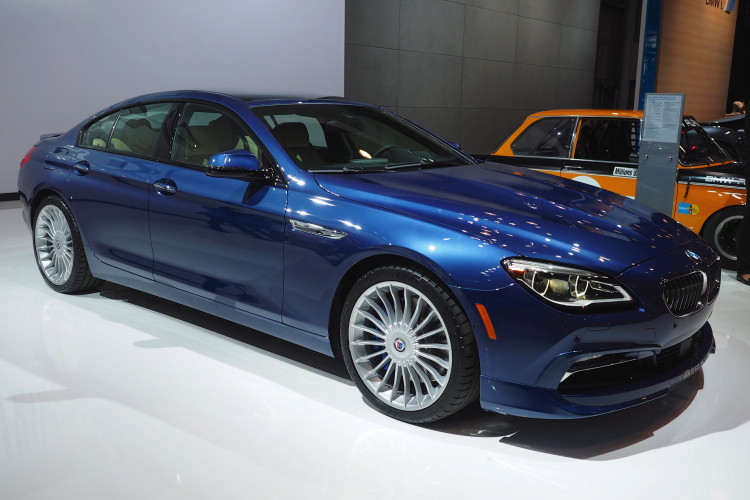 The 2016 ALPINA B6 xDrive Gran Coupe made its world debut today at the 2015 New York Auto Show. The new ALPINA delivers more power and refinement than ever, and at $118,225, this ALPINA comes in at just $700 above the M6 Gran Coupe.

The design and shape of the new ALPINA front spoiler ensures the effective flow of sufficient air to the radiator modules of the performance cooling-system, including inter-cooler, water and oil. The integrated splitter directs air over and around rather than underneath the vehicle. 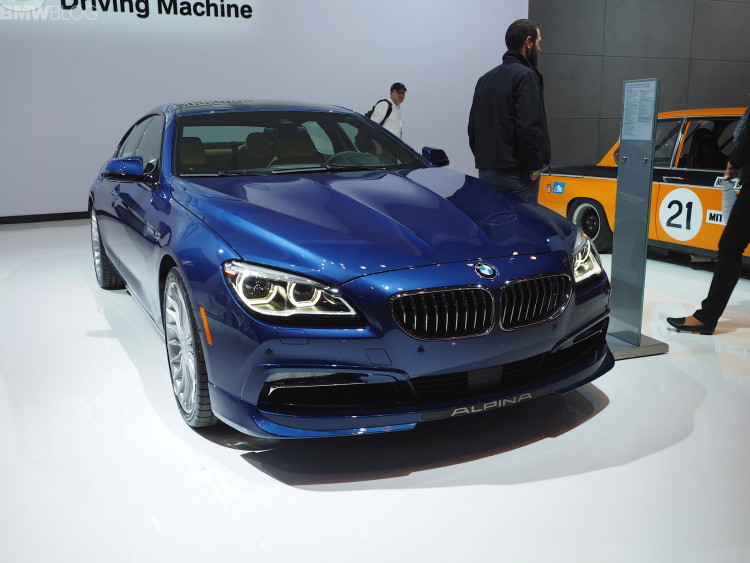 Special NACA air channels at the front of the underbody suck cold air towards the powerful brake system with blue calipers. Large diameter brake discs measuring 374 x 36 mm on the front and 370 x 24 mm on the rear (up from 345 x 24 mm) guarantee effective brake performance. 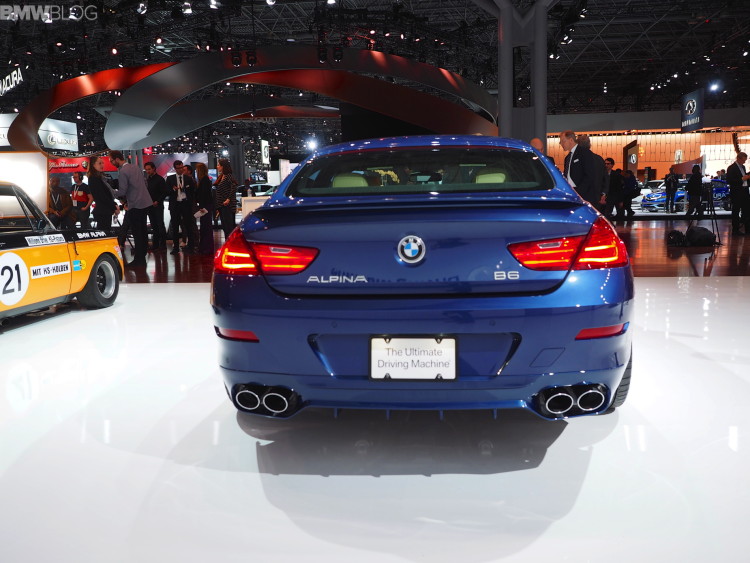 The 4.4 liter V8 Bi-Turbo V-8 engine now delivers 600 horsepower at 6,000 rpm and maximum torque of 590 lb-ft at only 3,500 rpm (all figures preliminary). The increase in output of 60 hp over the 2015 model has been achieved through extensive rework of the air intake ducting and air filter housing, with enhancements to the fuel supply system. The new B6 xDrive Gran Coupe is capable of a maximum speed of 200 mph (electronically limited). 0 – 60 mph acceleration time is in 3.6 seconds (preliminary), fastest-accelerating BMW ALPINA model ever developed. 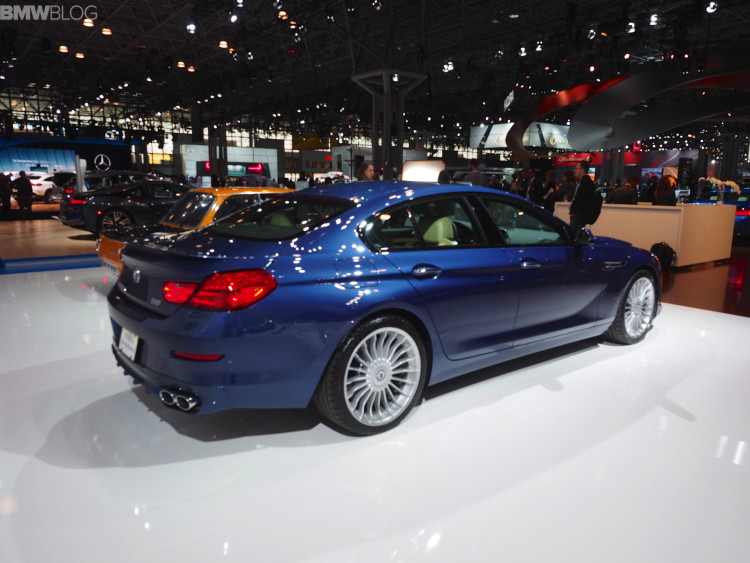 Inside the cylinders, specific MAHLE pistons are designed to deal with temperatures and pressures associated with up to 1.2 bar (17.4 psi) boost pressure and the engine’s 10.0:1 nominal compression ratio.

The engine is mated to an ALPINA SWITCH-TRONIC 8-Speed Sport Automatic transmission, co-developed with ZF. 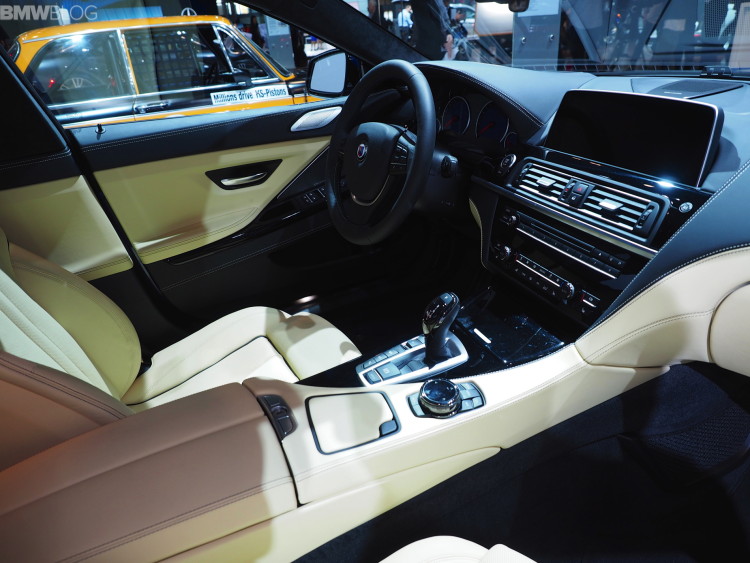