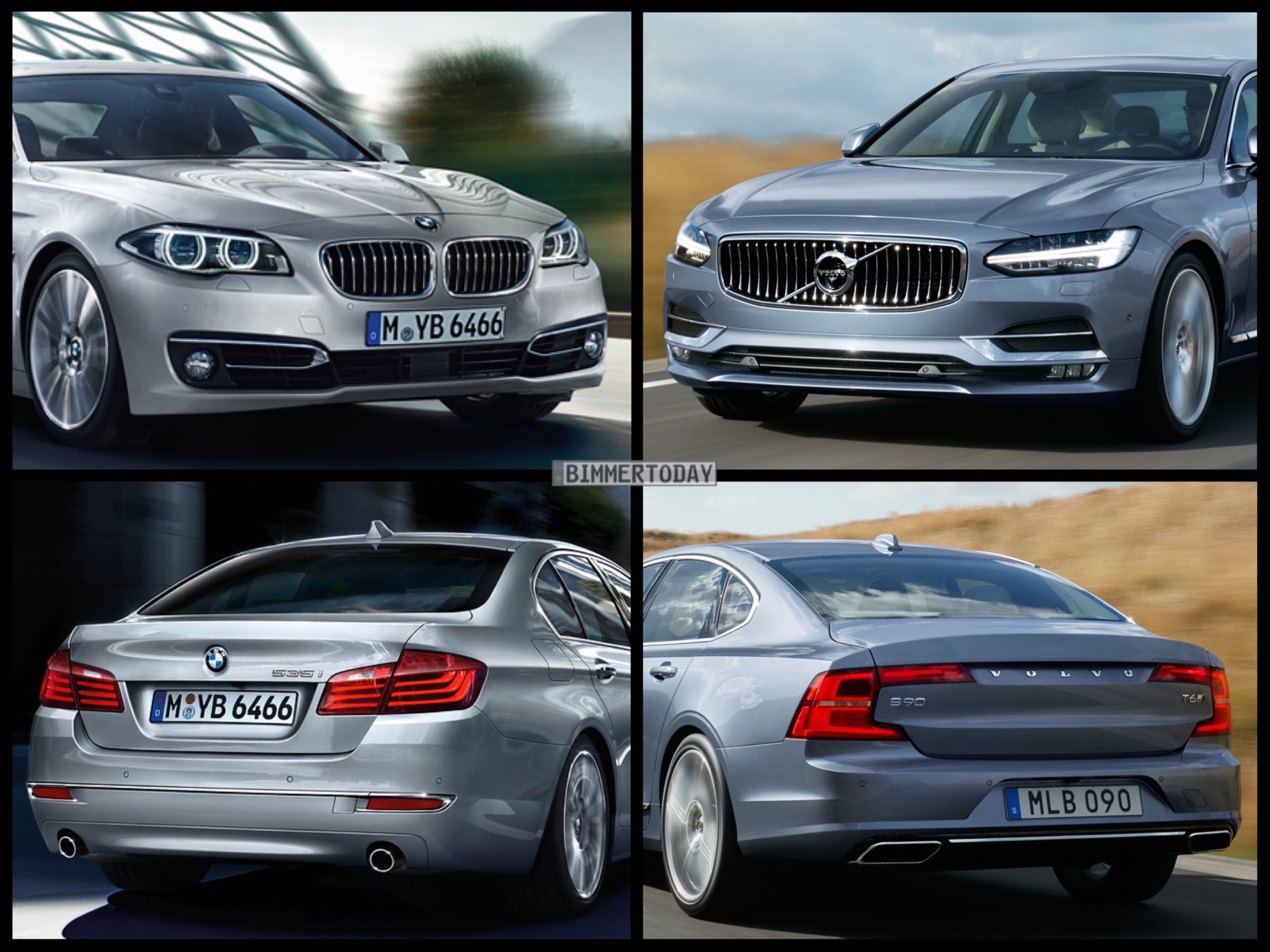 Volvo’s recently released XC90 SUV has put Volvo back in the conversation with the German heavy-hitters, like BMW and Mercedes-Benz. Now with the S80 sedan, Volvo will compete with the likes of the BMW 5 Series, upcoming Mercedes-Benz E Class and the Audi A6 for premium sedan dominance.

With the S90, the Swedes want to reach a much larger audience, without sacrificing typical-Scandinavian design and safety features. The approximately five-meter long luxury sedan offers a new brand for the ride – according to Volvo – precision and control to play a similarly important role as the Volvo-typical comfort. 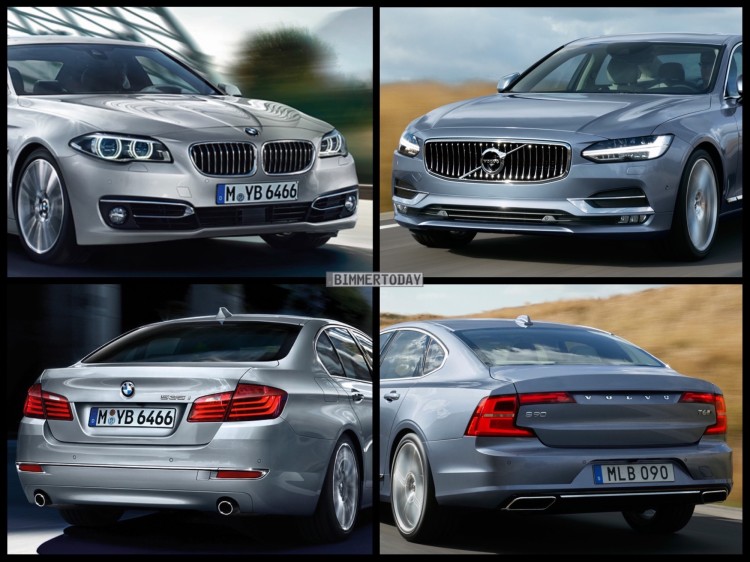 With this realignment, the Sweden-based automaker takes aim at the Germans and their driving dynamics which make them successful in the premium segment. 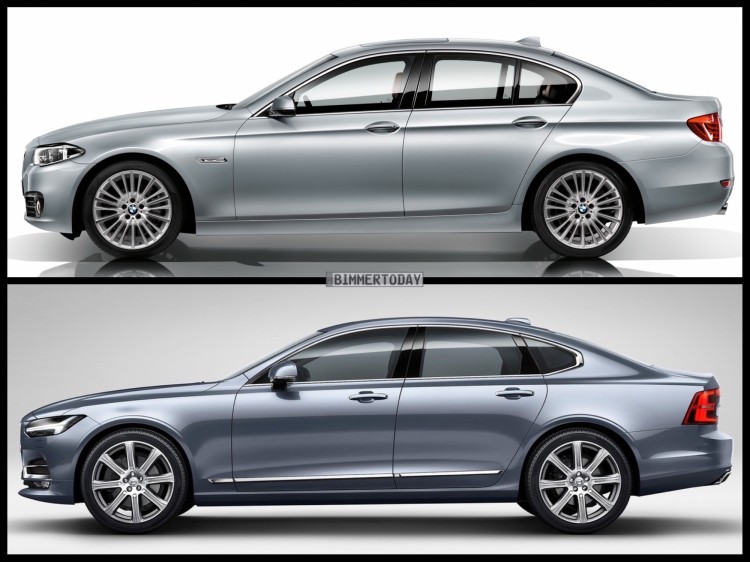 The S90 brings to the segment a simple and elegant cabin. The massive iPad-like infotainment screen dominates the dash, but does it in an elegant manner and doesn’t look overly gaudy. The bright wood work also looks especially fantastic and the brushed aluminum Bowers & Wilkins speaker grilles look very high-end. 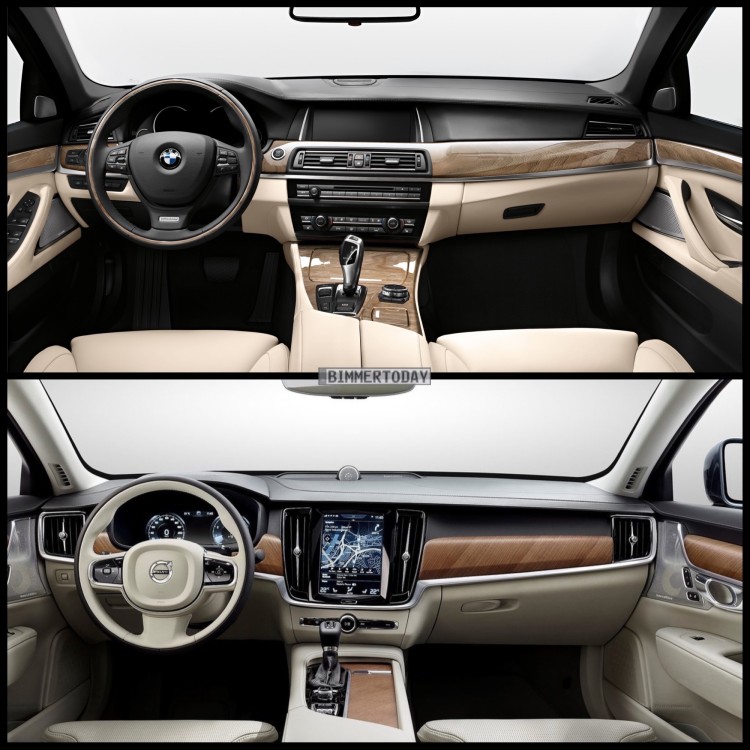 Most Volvo S90s will be front-wheel drive, but all-wheel drive is optional on all of them. There will also be a wagon variant of the S90. The S90 will also come with an array of safety features, as typical of Volvo, as well as an autonomous driving function, called Pilot Assist. This will enable the S90 to drive semi-autonomously on the highway at speeds of up to 130 km/h (80 mph). 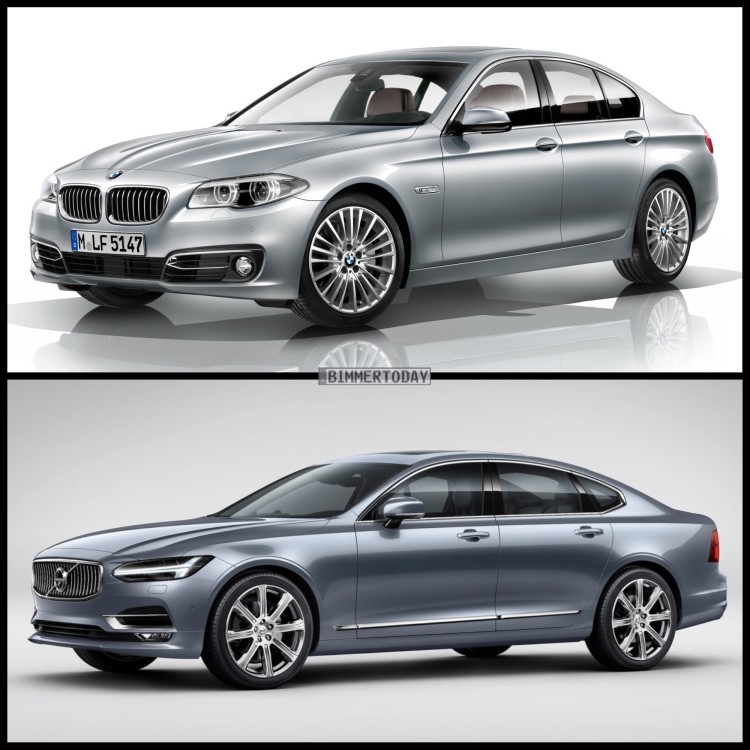 The T6 supercharged and turbocharged 2.0-liter four-cylinder engine comes over from the XC90, as does the T8 plug-in hybrid engine. New to the lineup is the T5, a turbocharged-only version of the T6. Horsepower and torque weren’t revealed, but expect the T6 and T8 to come in near the 316 hp and 400 hp produced by those when they’re in the XC90. The German V8 sports sedans like the Audi S6 and BMW 550i will play at the same level and likely for the same customer.

To see how the Volvo S90 fares against the 5 Series, we put together a photo comparison with the Bavarian athlete. 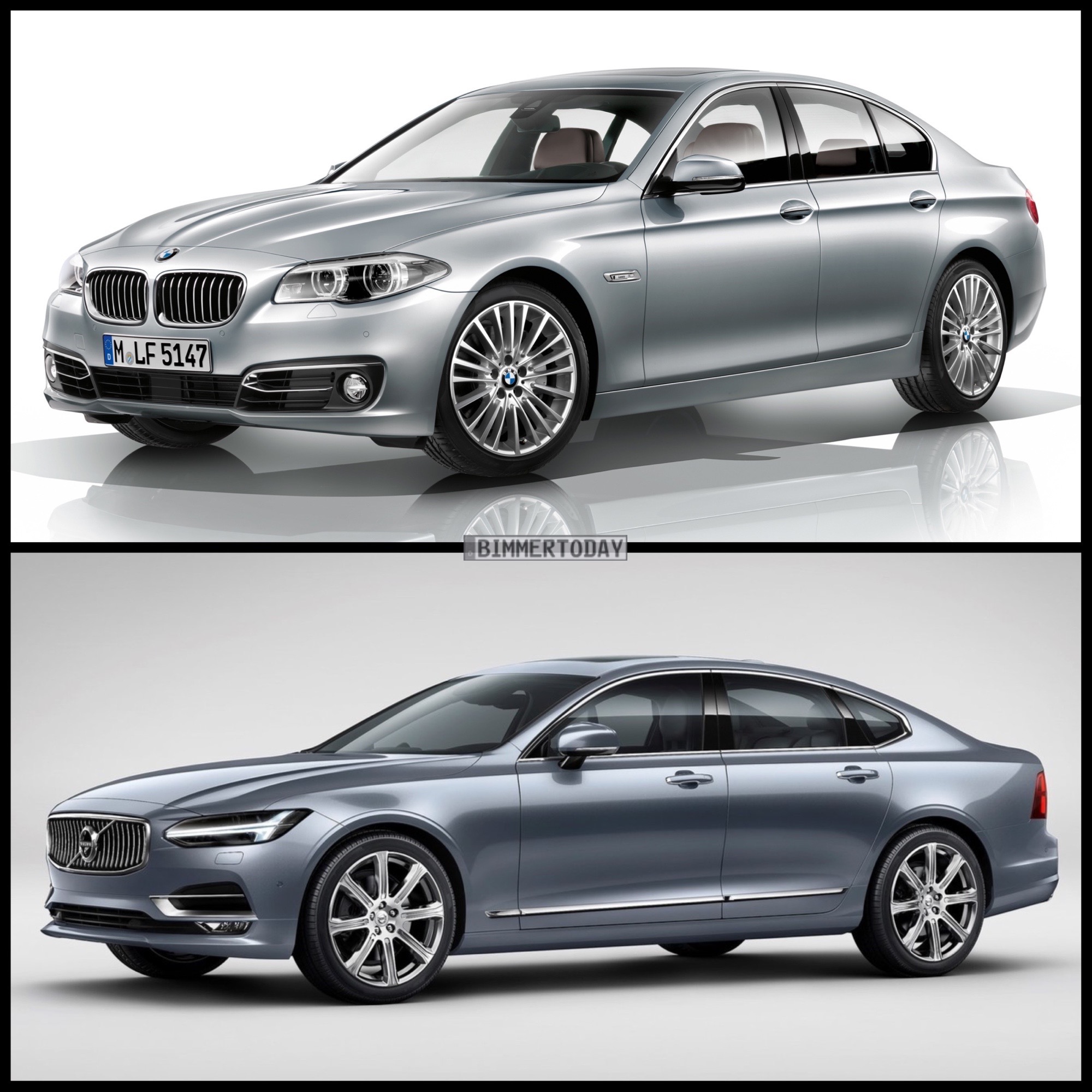 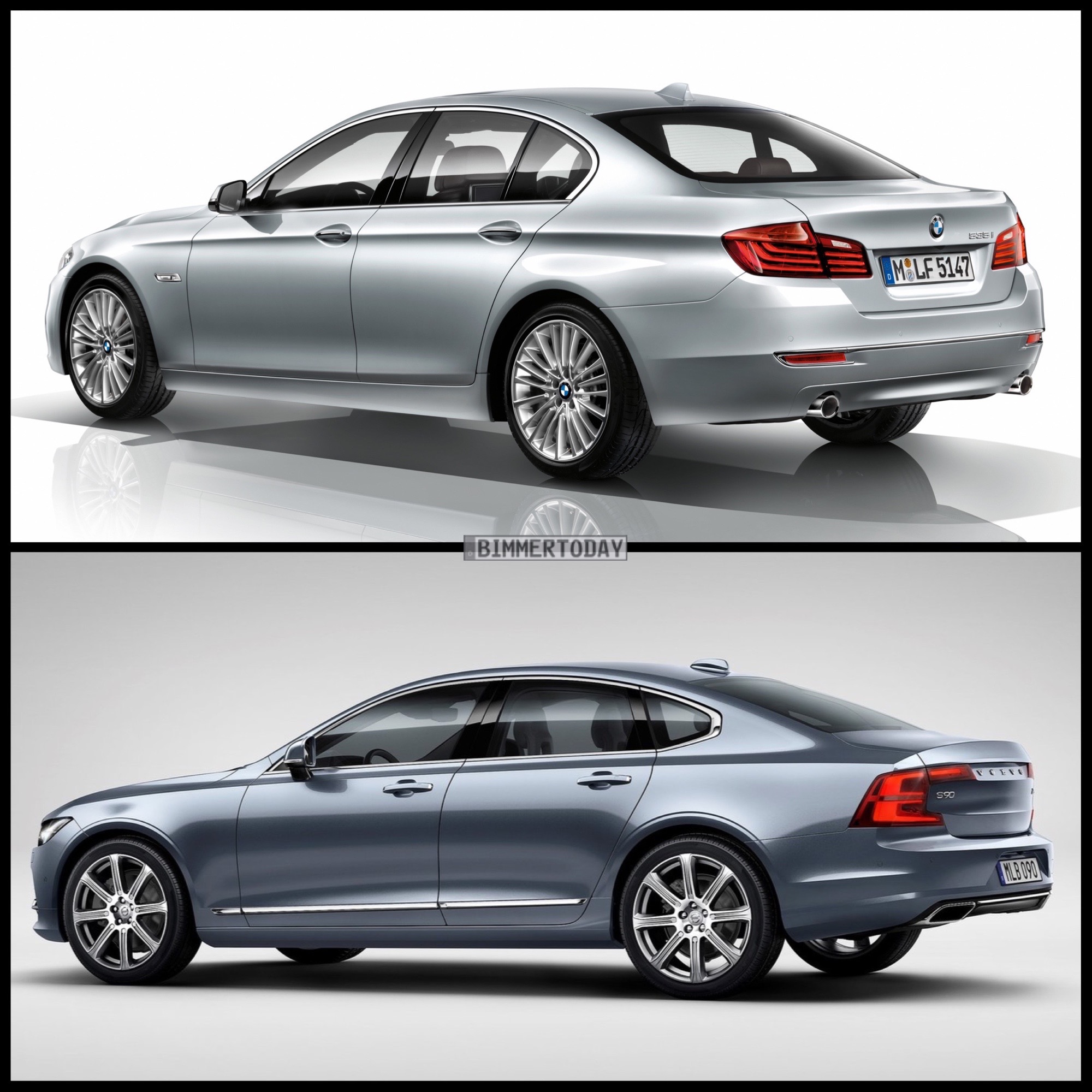 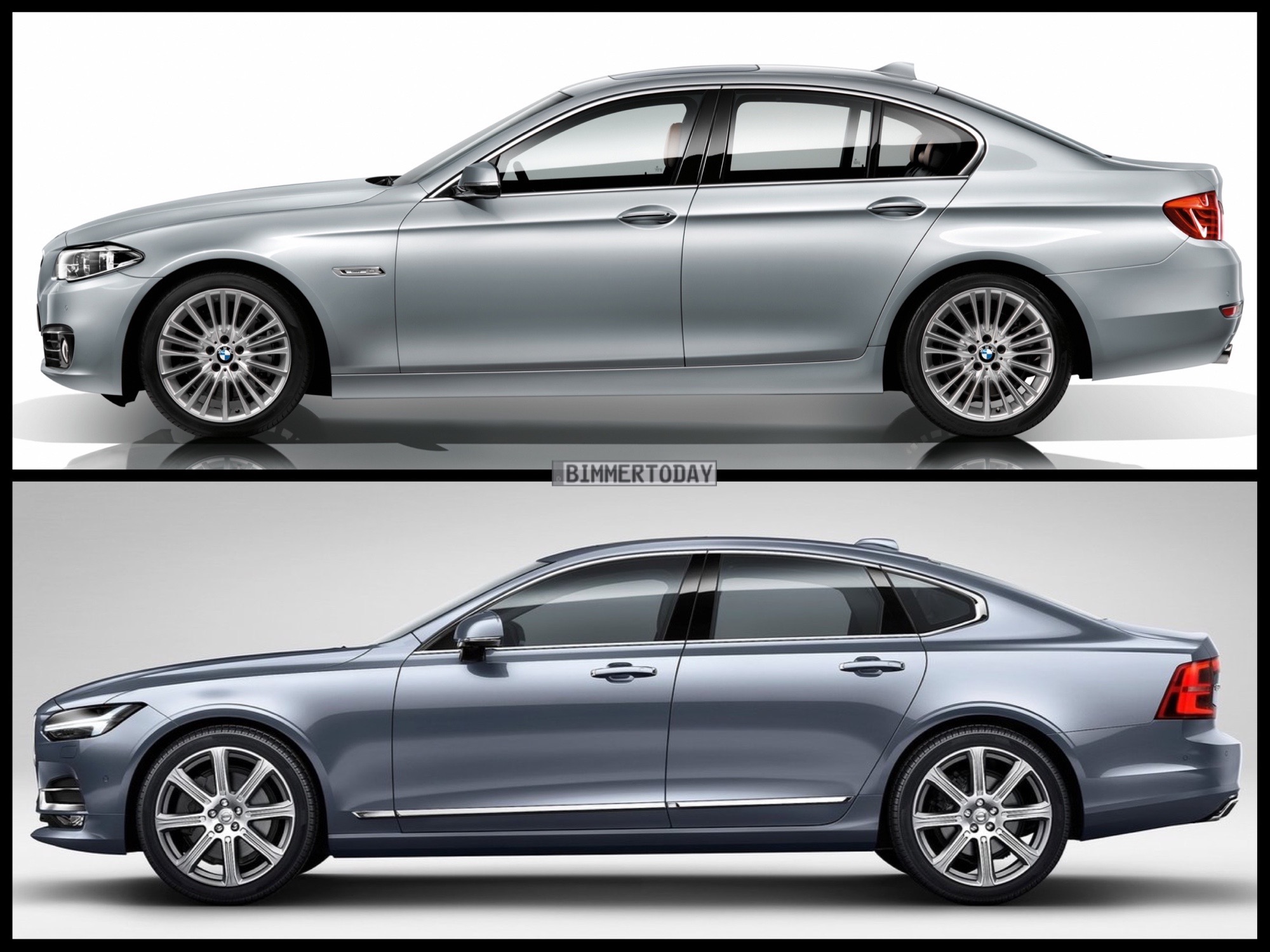 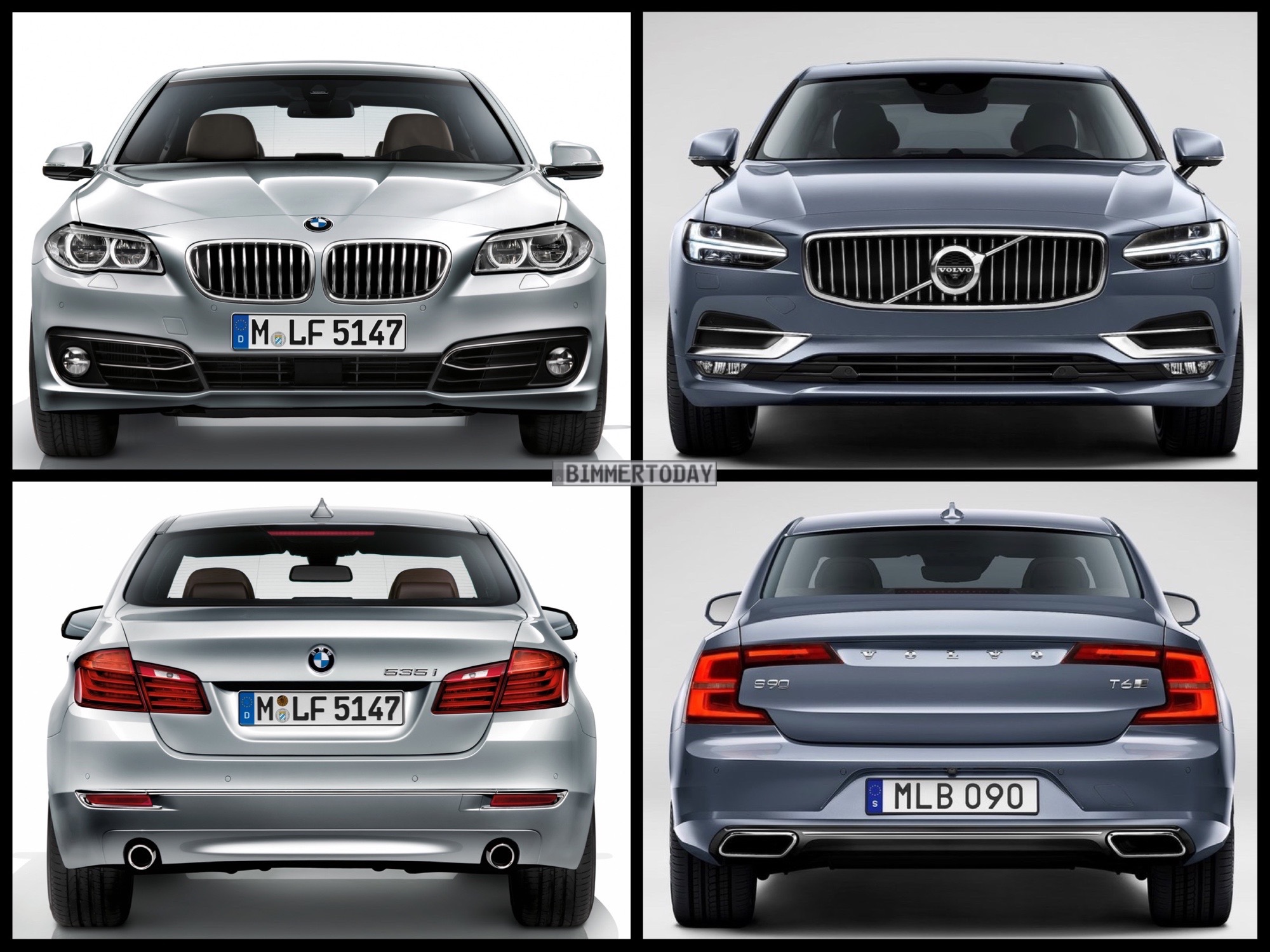 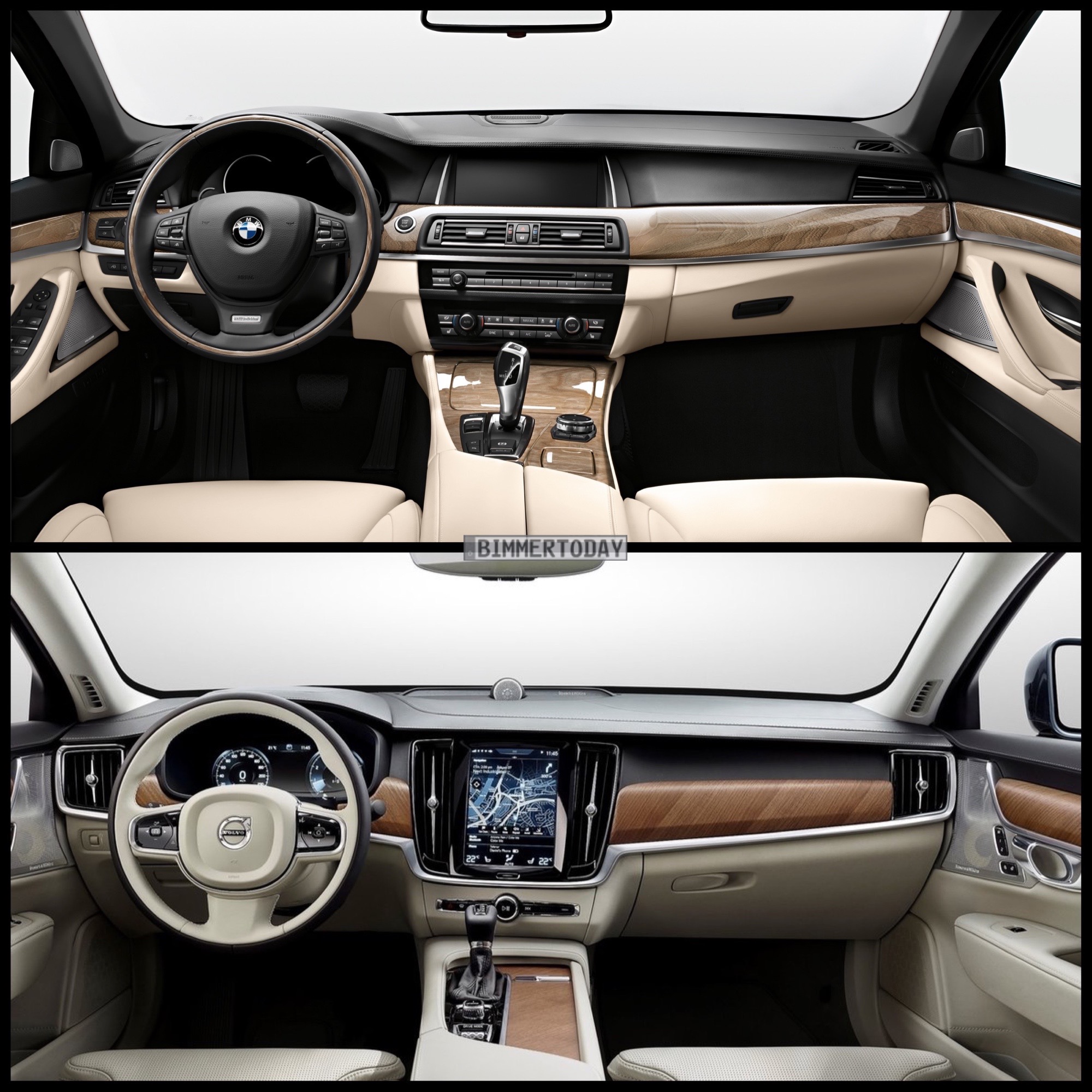