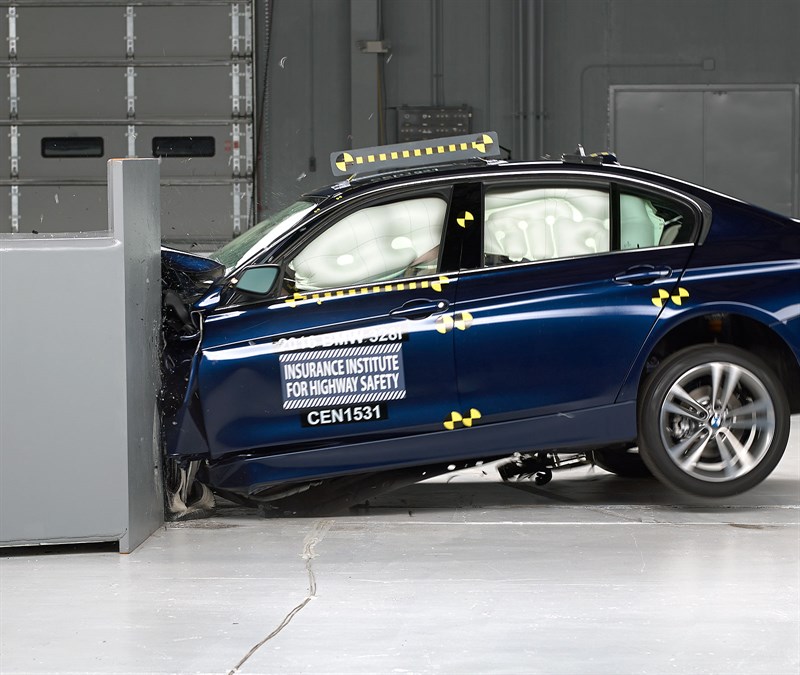 The IIHS (Insurance Institute for Highway Safety) recently implemented a new test, called the Small Overlap Front test, a few years ago. It has become one of the more important crash tests since its implementation, as it tests what a more realistic crash will do to a car, not just driving straight into a wall in near perfect conditions. This test demonstrates what happens when the car is hits something with one of the front corners, which can be especially devastating, as there isn’t much there to protect passengers.

In the test, the car is sent crashing into a barrier at 40mph, but the barrier only contacts 25 percent of the front width of the vehicle. The test helps determine how much intrusion there is into the passenger cabin during a crash like this. The 2016 BMW 3 Series, which has been recently refreshed with BMW’s LCI treatment, didn’t do as well as we’d like in this test. 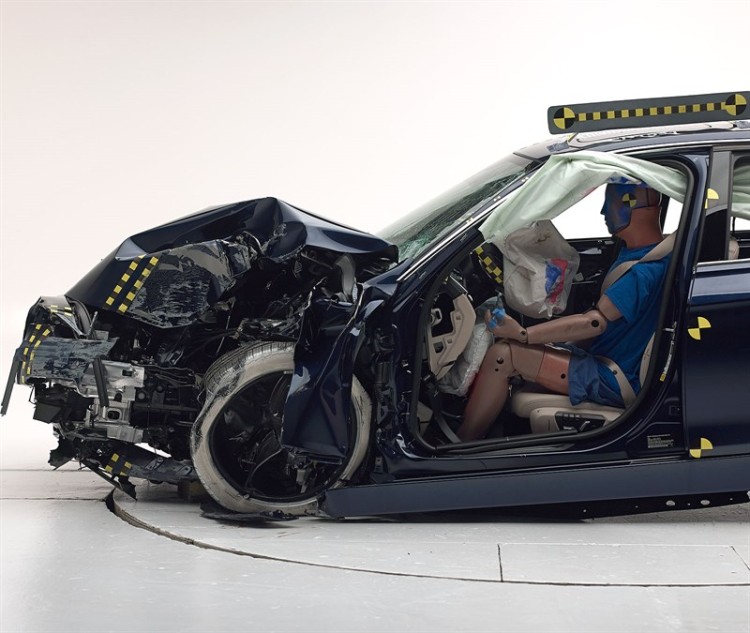 The 2016 BMW 328i that was tested had shown signs of serious leg or foot injury for the driver of the vehicle and received a ‘marginal’ score. “The dummy’s right foot was trapped between the brake pedal and toepan, and the pedal had to be cut off to free the foot,”according to IIHS. Oddly enough, the test scores are better on the 2012, pre-LCI, BMW 328i.

The European NCAP safety tests also describe similar results. NCAP testing is a bit stricter and more thorough than that of the IIHS, though. In the NCAP testing, Frontal Offset test proved that the driver would have adequate damage to their lower left leg, while the front passenger would have the same level of damage to both legs. Lateral impact was shown to have good protection if it were struck by a car, but if it were to hit a pole or something slimmer, that protection would drop to adequate.

Overall, however, the 2016 BMW 3 Series is still an IIHS Top Safety Choice and received four or five stars on all other accounts. The frontal overlap crash test is a very difficult one to pass and receiving a marginal score isn’t too bad, considering how well the 3 Series did in all other tests. It’s also worth noting that the 3 Series received an Advanced score in its crash prevention systems.