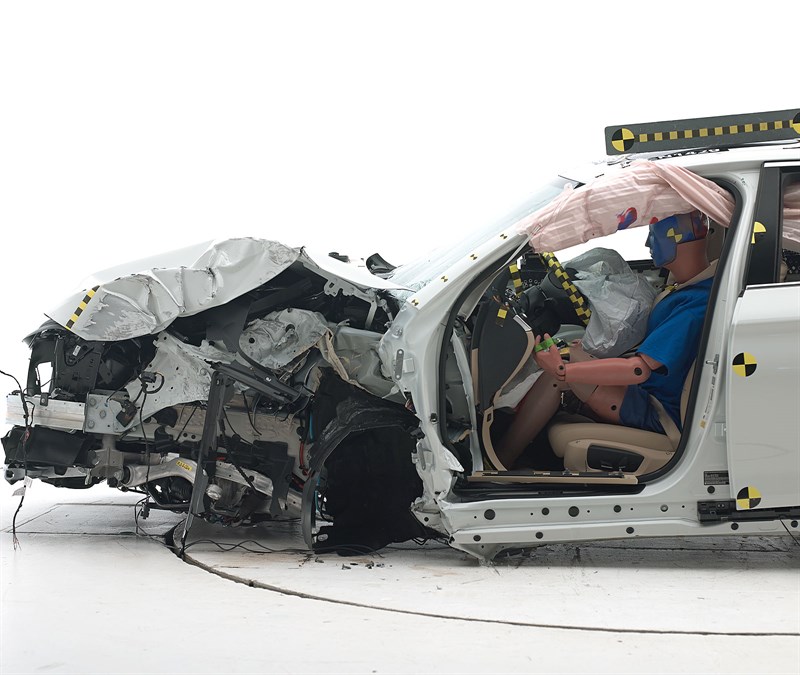 The BMW 5 Series, Infiniti Q70 and Lincoln MKS were introduced to IIHS’s small overlap front test for the first time.

Out of seven large luxury cars tested by the agency for small overlap protection, the BMW 5 Series and Lincoln MKS are the worst performers. BMW 5 Series received a marginal rating.

IIHS’ testing shows that the the structure of the BMW jutted into the driver’s space by as much as 12 inches, with intrusion being worst at the lower end of the compartment. However, airbags performed as intended. The impact would have likely caused substantial injuries to the driver’s left leg. 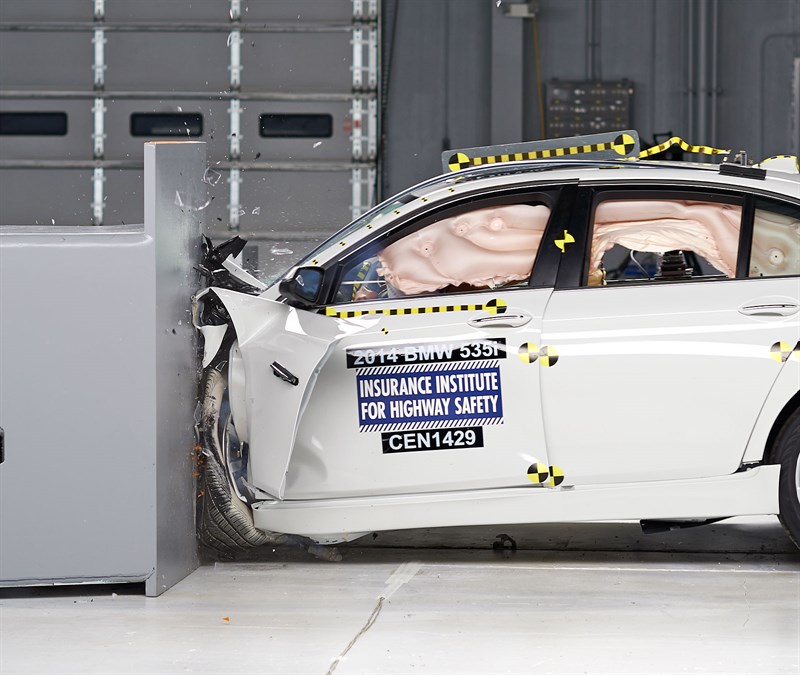 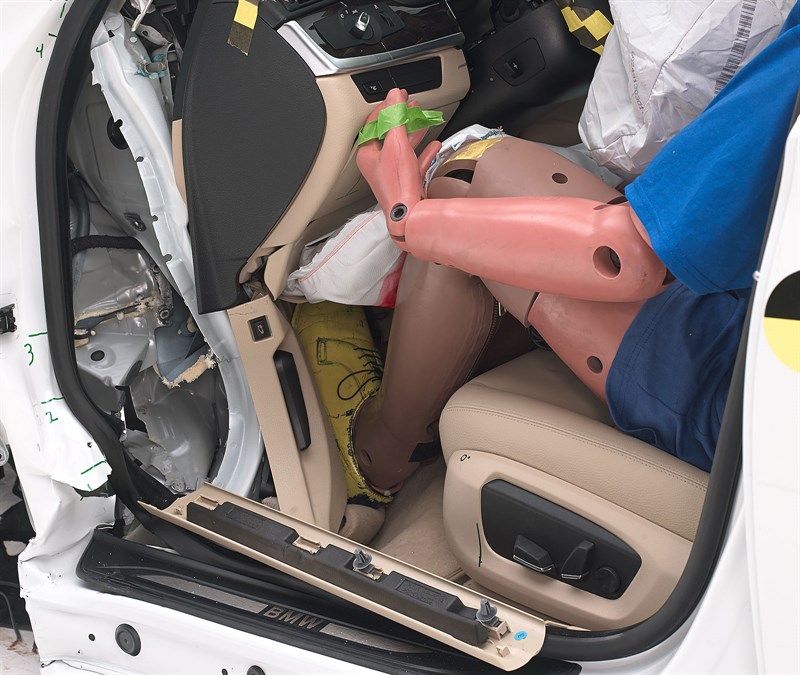 The small overlap is the newest test conducted by IIHS and only requires that cars score a rating of “good” or “acceptable” on it to be eligible for Top Safety Pick status.

Here is the full report from IIHS:

The driver space was not maintained well, with maximum intrusion of the lower interior of 30 cm at the footrest. Upper interior intrusion measured 14 cm at the instrument panel. The steering column was pushed back 8 cm toward the driver.

The dummy’s movement was well controlled. The dummy’s head loaded the frontal airbag, which stayed in front of the dummy until rebound. The side curtain airbag deployed and has sufficient forward coverage to protect the head from contact with side structure and outside objects.