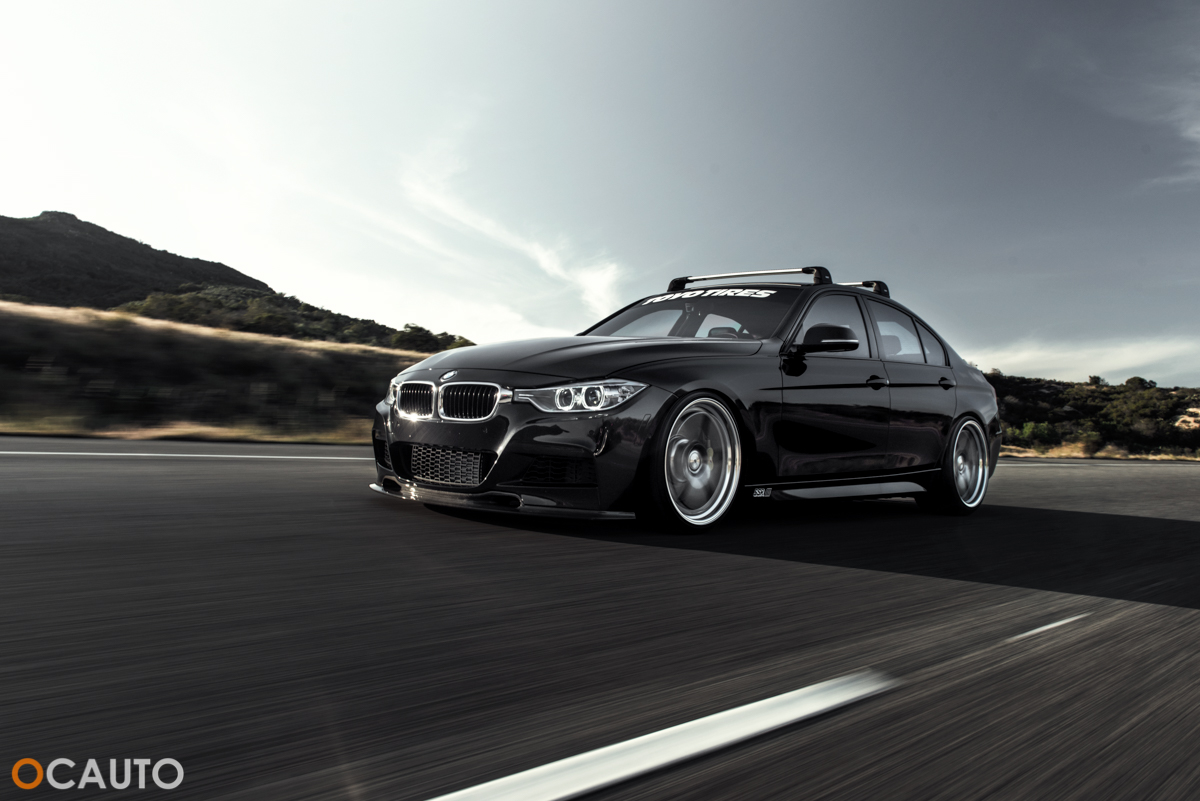 AJ from OC Auto Photography is the proud owner of a BMW F30 328i. The beautiful sedan is one of BMW’s biggest sellers in the U.S. and it delivers the perfect balance between performance, fuel consumption and affordability. If you add the Sapphire Black paint color, a classy flair quickly surrounds the car. But some owners want more from their cars, so AJ decided to modify his car and get it closer to the 335i model.

He started with a conversion with the rear end which now features the same spoiler as the 335i. Next, the double pipes from the 328i – which sit on the left side – were replaced by an aftermarket exhaust system with the two tailpipes surrounding the diffuser. This BMW F30 Performance Style Carbon Fiber Rear Diffuser made by RW Carbon fits 320i, 328d, 328i and 335i F30 3 Series models and it’s made of carbon fiber. 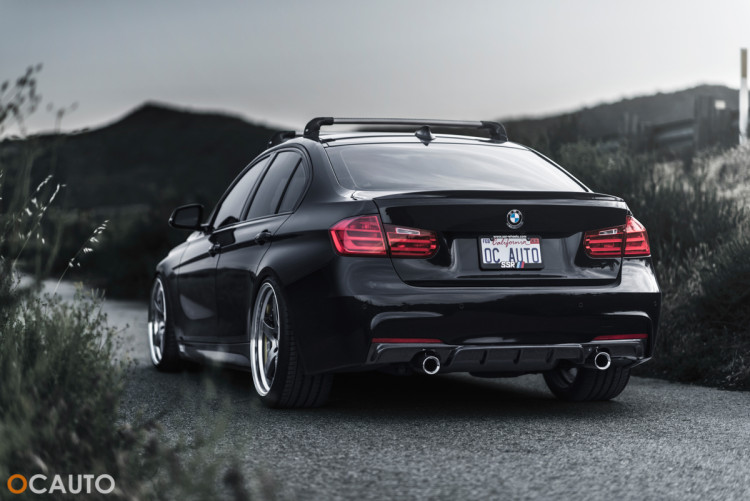 At the front, a RW Carbon Varis Carbon Fiber Front Lip was installed featuring a design that channels air towards your turbo engine at high speeds to decrease temperatures. 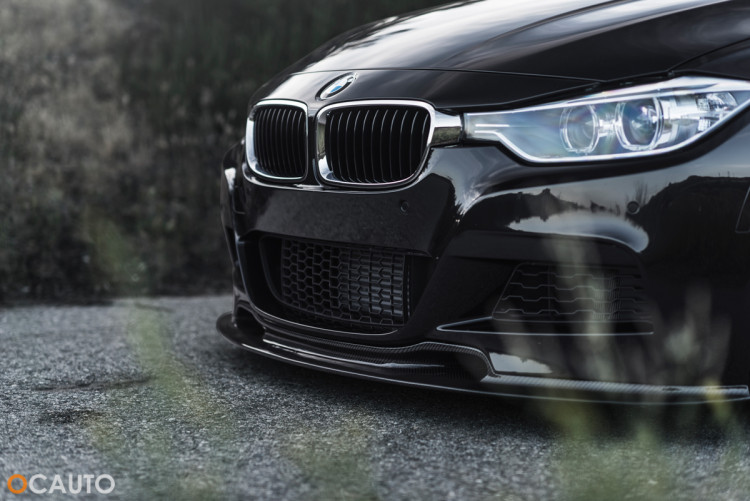 Last but not least, the Carbon Fiber Mirror Cover Replacements feature a clearcoat to maintain shine and prevent damage from road debris, while also enhancing the looks of this 328i.

A KW suspension not only brings the car closer to the ground, but also delivers better handling and a great stance on the road. The flashy SSR Wheels GTT V01 in 19 inches just add a bit more character to this black beast. 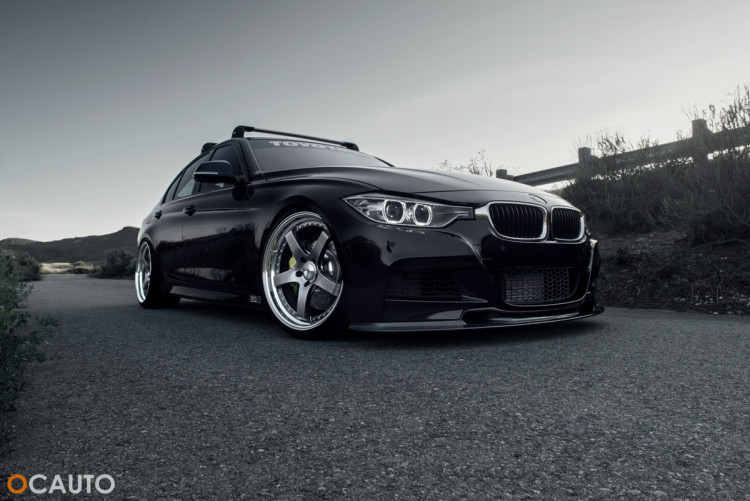 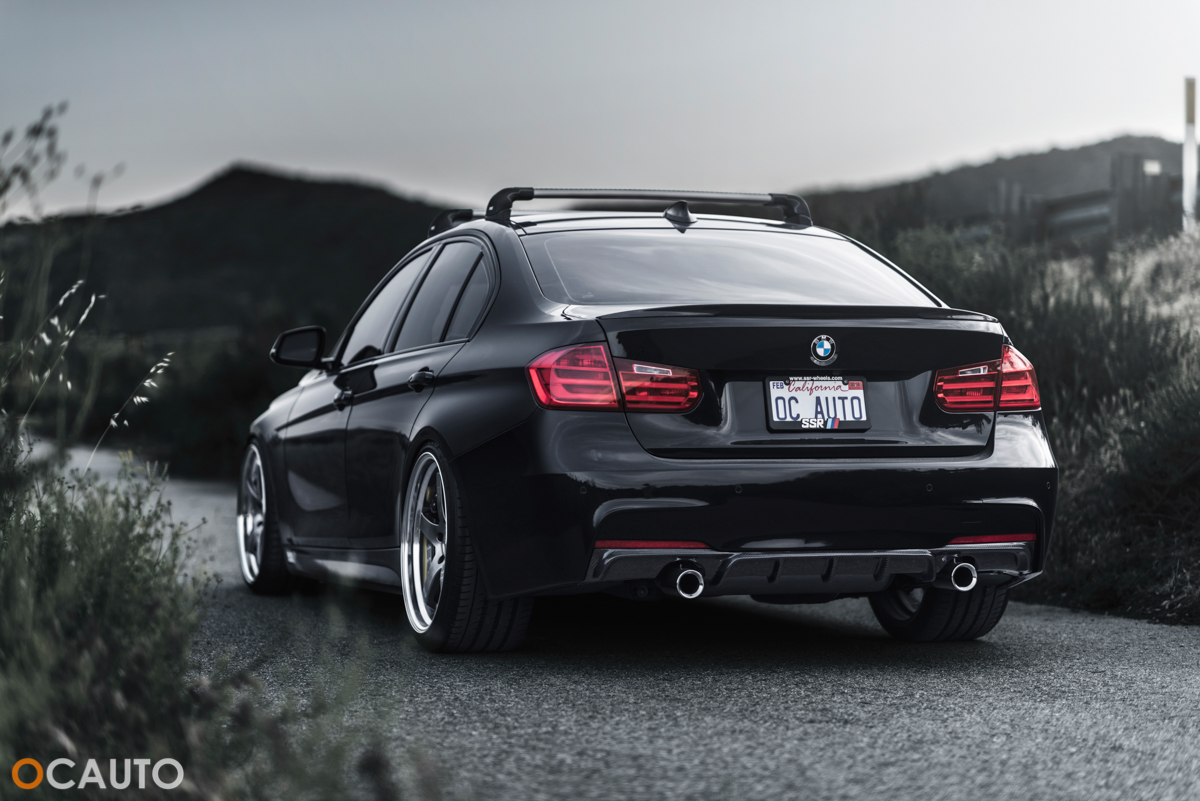 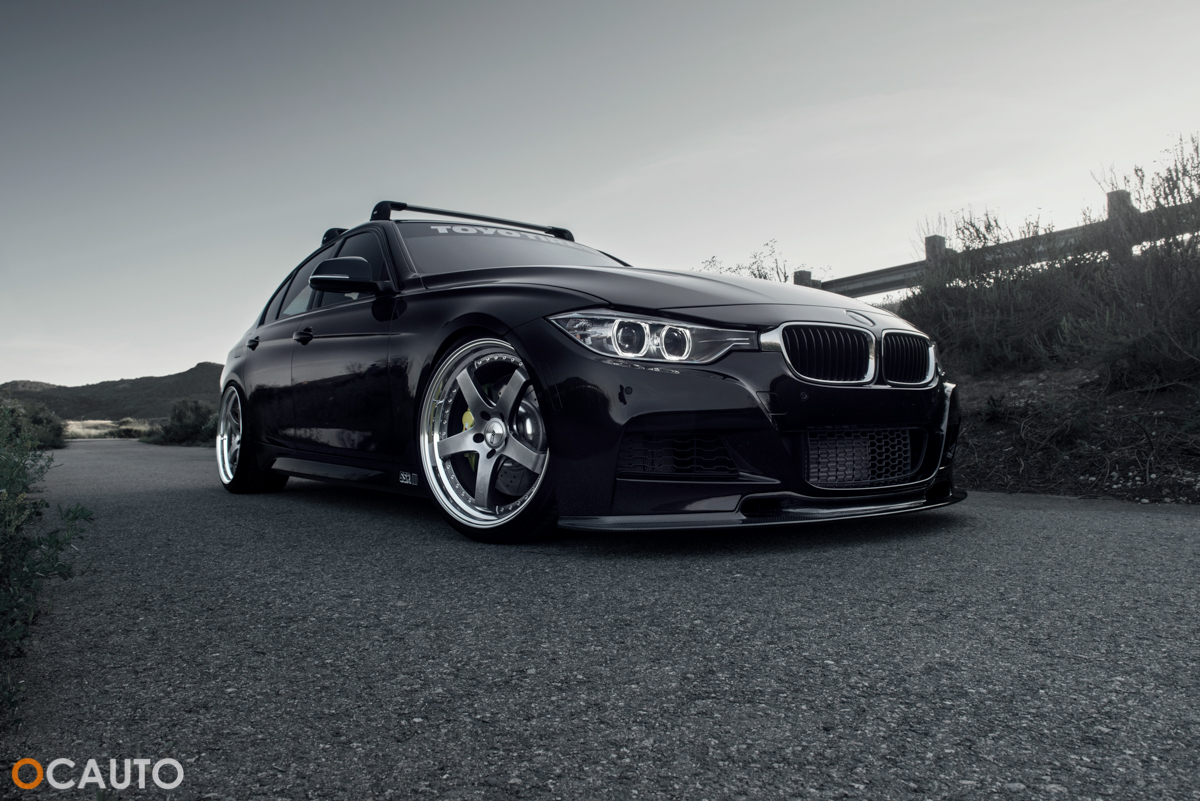 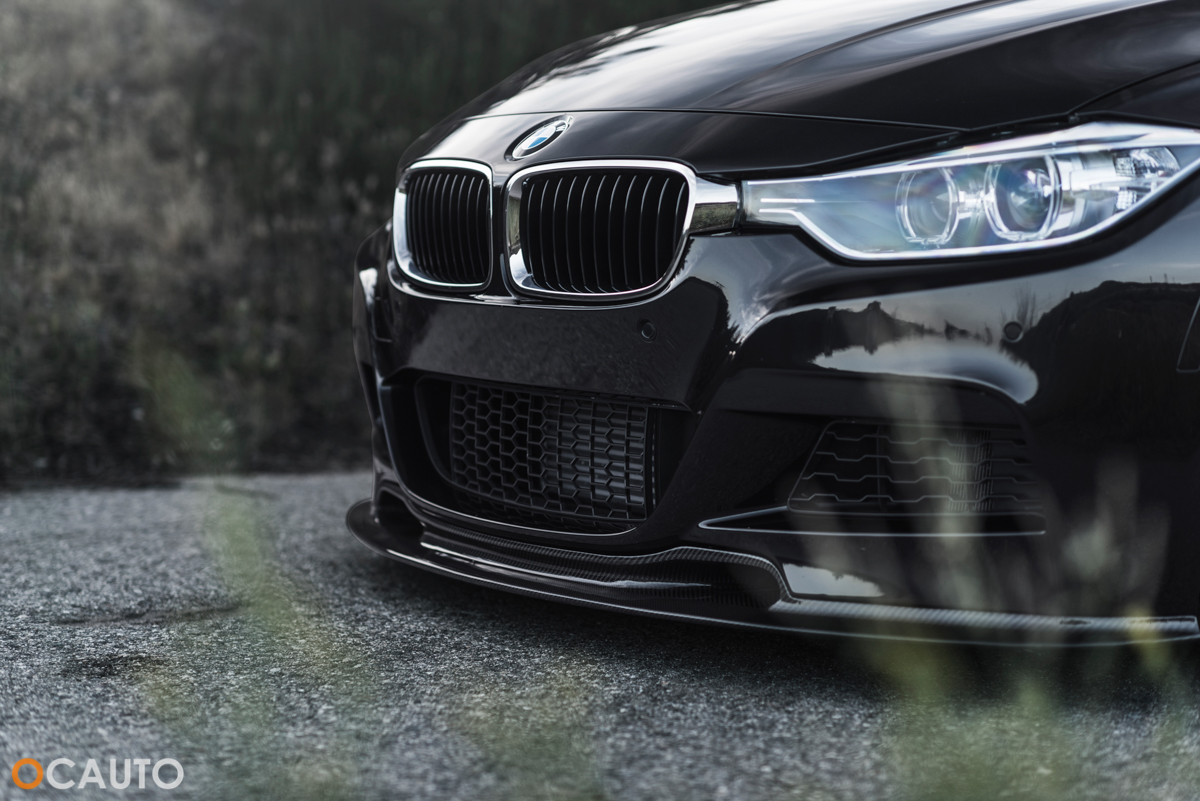