A little while back, we wrote how Motor Trend took the BMW M3, Mercedes-AMG C63 S and Cadillac ATS-V out and tested them against each other to see who’d win. The results were slightly odd to us, as the M3 was better in many different ways than both of them, yet came dead last. Well, Car and Driver has just done the same test and came away with slightly different results.

It’s no secret the BMW M3 has been losing some ground to its competitors as of late. It’s not so much incompetence on BMW’s part as it is the higher quality of its rivals. So it’s going to be interesting when these three excellent cars are put up against each other. But for fairness, each car in the test came as a sedan with automatic gearboxes and ceramic brakes (though, curiously, the C63 only has ceramics in the front). So let’s see how C&D fared with these three beasts. 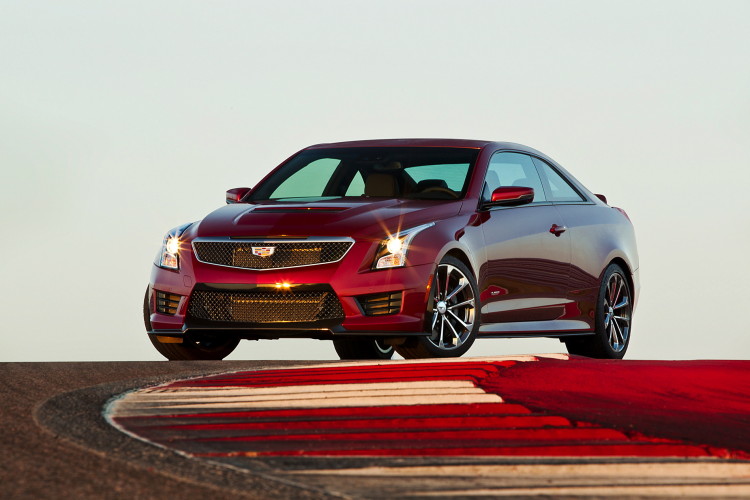 The Cadillac ATS-V, the newcomer of the group, has the most to prove. Cadillac has never been able to hang with this sort of company before, so now that it has the opportunity it must seize it. So Caddy has brought a 464 hp 3.6 liter twin-turbocharged V6 and an eight-speed automatic to the fight. It also has magnetic suspension and Brembo brakes. The Caddy tied the C63 for second place in the 0-60 mph test for C&D at 3.9 seconds. The fact that it’s the second heaviest, at 3,800 lbs, doesn’t help. But the big Caddy still steers, handles and brakes fantastically and, according to C&D, does all three best by a small margin. The Cadillac’s pitfalls were its lousy interior, cramped backseat, awful CUE system and uninspiring engine. So Cadillac is finally good enough to be in this conversation, but still needs to iron out some wrinkles.

The Mercedes-AMG C63 S is a very interesting car, as it doesn’t seem to be trying to imitate the M3, like the ATS-V does. The C63 is a big bruiser and is proud of it. With a 503 hp 4.0 liter twin-turbocharged V8, the Mercedes is easily the most powerful car here with the biggest engine by far. Though, it’s also the heaviest, at 3,939 lbs. So despite all of that extra power, it is second slowest to 60 mph, tied with the Caddy, at 3.9 seconds. Blame that on the extra weight as well as the slower shifting single clutch seven-speed automatic. The C63 also only had ceramic brakes in the front, oddly enough, with standard steel brakes at the rear, though it stopped from 70-0 mph in 147 feet, best in the test. In terms of handling, the C63 can certainly hold its own, but it prefers a more relaxed approach. Mercedes designed this car to be more of a luxury bruiser, a baby S63 if you will, than a canyon-carving monster. So it’s very nice to drive, but not as confidence inspiring as the M3 or ATS-V.

The BMW M3, the oldest car in the bunch, had the most to lose. Being on top for so long puts a large target on your head. So everyone is watching to see if the M3 can survive the attacks from Cadillac and Mercedes. Well, with the lowest horsepower figure in the test, 425, and lowest torque, 406 lb-ft, things don’t start out well. However, the Bimmer makes up for it by being the lightest in the test, 3,600 lbs, which allows it to be fastest to 60 mph at 3.8 seconds. It also comes with the best gearbox, BMW’s seven-speed DCT, and excellent carbon ceramic brakes (though C&D noted that there might have been a fault with air in the brake lines on the M3). While the M3 was the lightest and fastest, it was also second best to drive. C&D have said time and time again that the ATS-V is the sharper of the two to drive, but it isn’t by much. And considering the M3’s engine and transmission or miles ahead of the ATS-V’s and has the better interior by far, the M3 is the better car overall.

So where Motor Trend said that the BMW M3 was dead last, the ATS-V took second and the C63 S was first, C&D found different results. In C&D’s test, the Cadillac ATS-V took 3rd place due to its poor engine and transmission as well as sub-par interior, despite its handling prowess. The Mercedes-AMG C63 S took 2nd place for its lousy gearbox and harsh ride, even though its engine is a masterpiece and its interior is the best. But the BMW M3 takes 1st place for its perfect combination of speed, performance and comfort. It was only the best in car on paper in the performance category, but it doesn’t really have any major faults, whereas the other two do. So one publication claims that the M3 has been left for dead while another claims it the victor.