BMW today unveiled its new R nineT Scrambler. The new Bavarian Scrambler is, however, going to face competition from Ducati’s Scrambler sub-brand and Triumph’s Scrambler as well. If you’re in the market for a Scrambler, which is the best of the bunch?

For those whom don’t know, a Scrambler is typically a standard motorcycle, not a dual-purpose, but is equipped with stubby, versatile tires, suspension capable of coping with some light off-roading and a raised exhaust to provide the necessary clearance. They enjoyed the height of their popularity from the 50s to the 70s but are now entering a renaissance. 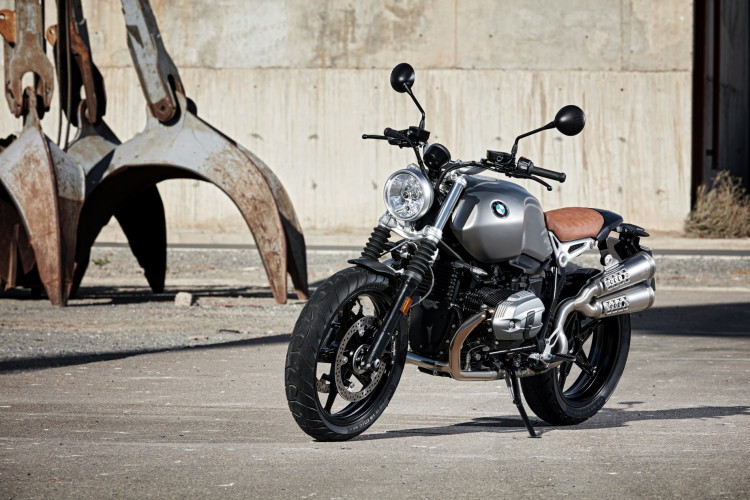 All three of the Scramblers fit this general description. They also all utilize 2 cylinder engines. The new BMW Scrambler utilizes BMW’s famed boxer, air-head engine and produces, by far, the most power at 110hp. The Ducati is the second most powerful at 75hp and the British Triumph stands in third at a mere 59hp. The BMW too has the largest engine, with a 1,170cc displacement. The Triumph has an 865cc engine which it utilizes far less efficiently than the Ducati’s relatively small 803cc motor.

Triumph’s Scrambler isn’t just the weakest, it’s also the heaviest of the group at 507lbs wet, meaning with all necessary fluids. The Ducati is best in terms of weight, coming in at 424lbs wet. The BMW weighs in at 485lbs which is quite impressive considering how much larger its engine is.

One negative that I see with the BMW is that it has a dry clutch. This is similar to the type of clutch used in a manual car. Dry clutches aren’t nearly as durable as wet clutches because they have no lubrication. They ‘burn out’ far more quickly and tend to produce a ‘marbles in the engine’ type of sound. A wet clutch, however, like that used in the Ducati and the Triumph, utilizes the engine oil to lubricate the clutch. For this reason, you can utilize the clutch much more liberally without worrying about burning them out. That being said, wet clutches aren’t immune entirely from needing replacement.

Shorter riders will find the Ducati to have the most accommodating fit, with a seat height of just over 31 inches and an optional short seat which reduces that number to just 30.3 inches. The Triumph, again, comes in last in this comparison as well with a seat height of 32.5 inches, narrowly surpassing the BMW’s 32.3 inch seat height.

The Triumph, as it should, carries the lowest MSRP price of $9,400.00. The Ducati, which in my opinion is far better than the Triumph, will cost you $10,495.00 in the classic trim. Prices for the BMW R nineT Scrambler have not yet been released but I would anticipate it to cost more than both of its rivals. That being said, it will also likely cost less than the standard R nineT which carries an MSRP of $15,095.00. In terms of brand prestige, Ducati and BMW are largely equal, but with the consideration of how much more powerful the BMW Scrambler is than the Ducati, I find the higher price tag that it is likely to carry to be quite appropriate.