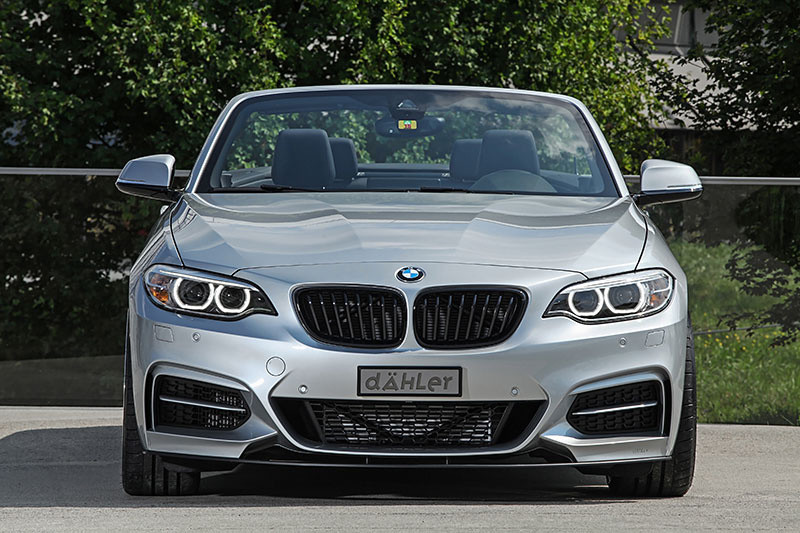 German tuning company Dahler took a BMW M235i Convertible in their shop for a makeover. From a performance standpoint, the 3.0-liter inline-six Twinpower turbo has been tweaked to deliver 390 hp, a significant increase over the standard 326 horsepower and likely more than the upcoming BMW M2 – rumored to output 365 horsepower.

The power increase was achieved using a new ECU map as well as a stainless steel sport exhaust and a new intake. 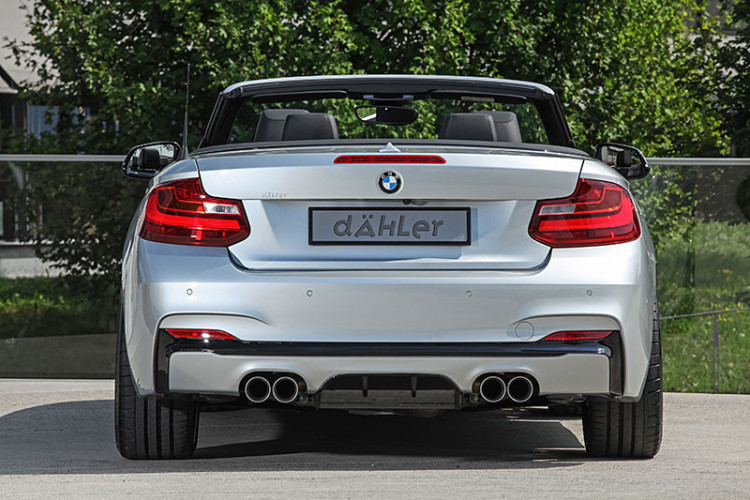 To improve the ride quality and dynamics, the M235i Convertible also received a new suspension system along with a set of custom wheels in 18 inches. 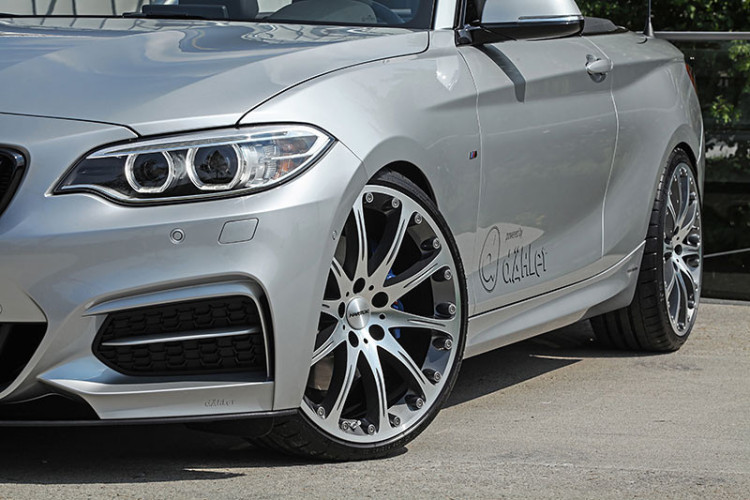 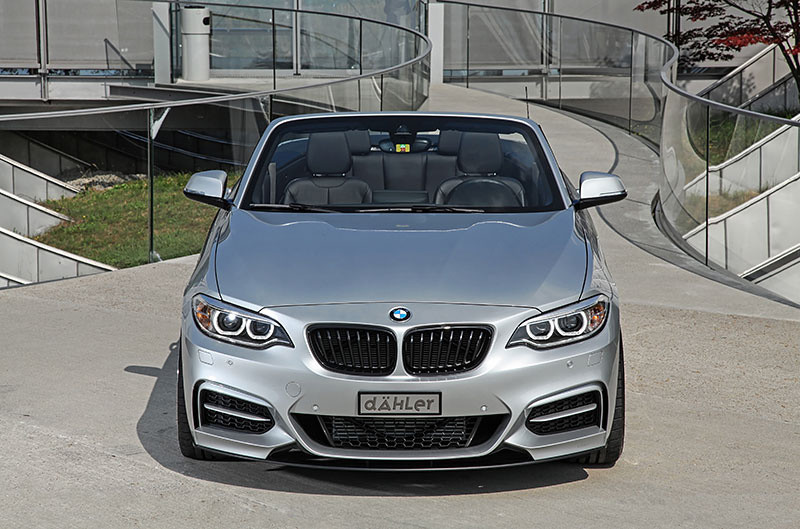 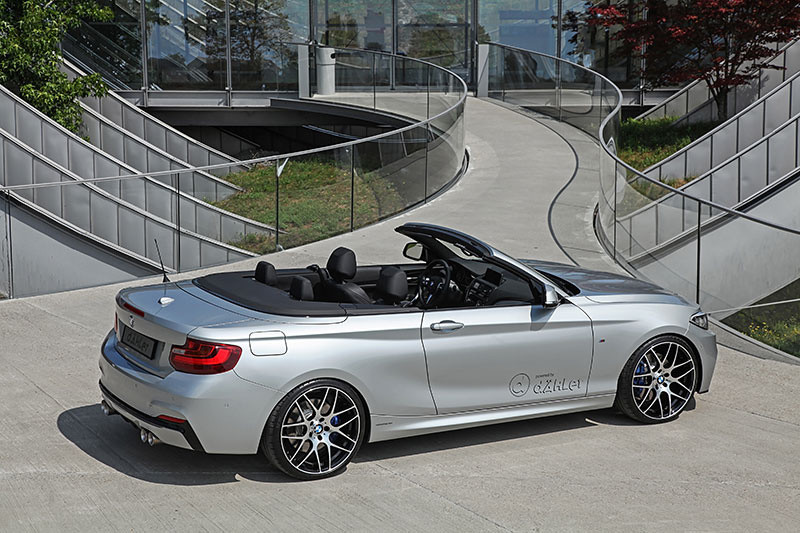 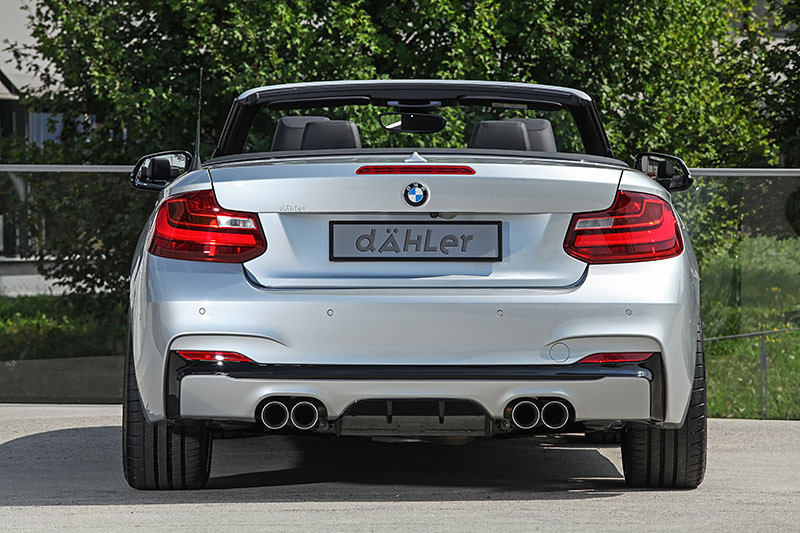 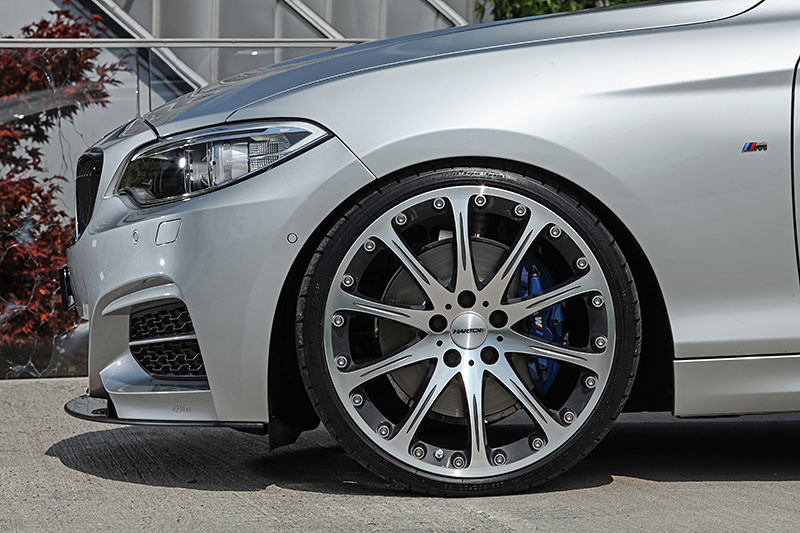 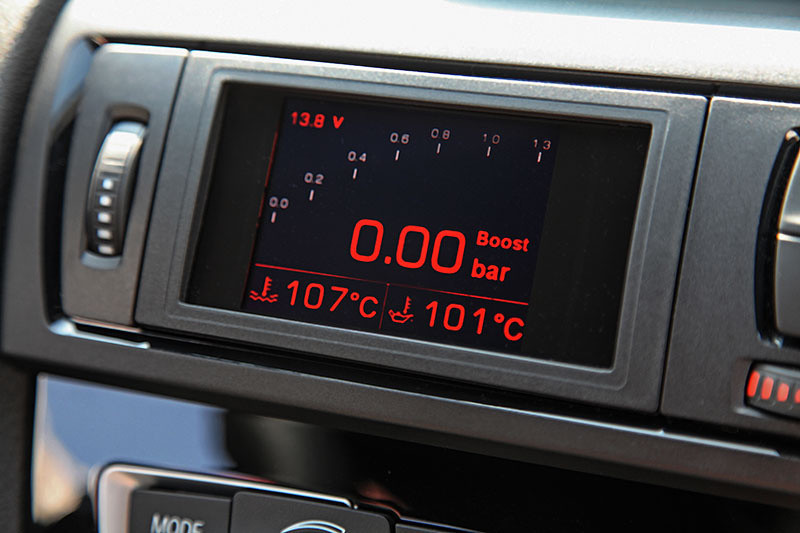 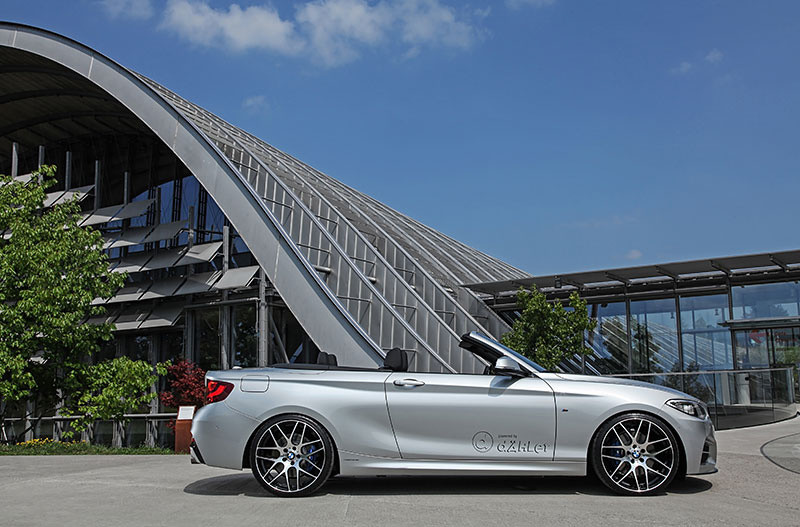 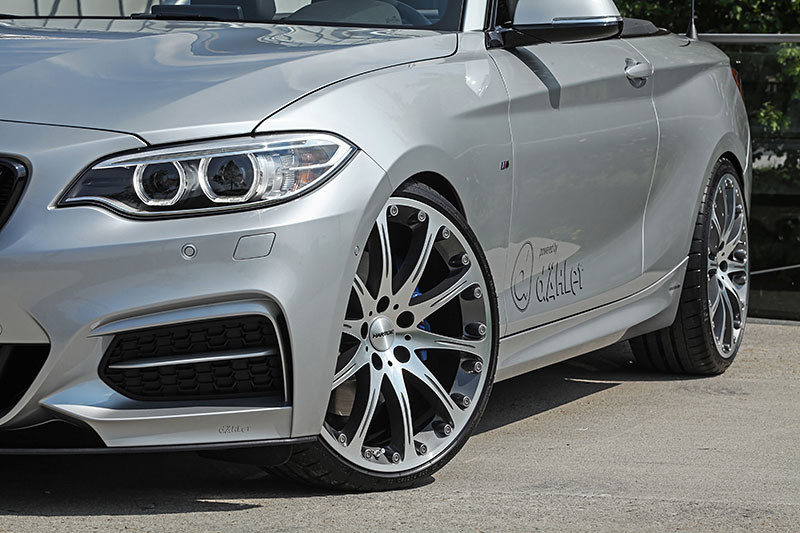