Motor Trend, one of America’s oldest automotive publications, has the privilege of driving some of the world’s best cars for a year. Their long term test fleet, for which they keep cars for a year for more thorough testing, consists of several excellent cars. An Austin Yellow Metallic BMW M3 used to be one of them. Motor Trend has just recently given the M3 back to BMW and has reported on what they found throughout the year and what they might have changed.

After putting 25,830 miles on it, the folks at Motor Trend probably have a good idea as to what the BMW M3’s strengths and weaknesses are. Those miles were eaten during workday commutes, long weekend drives, road trips and blasts on the racetrack. This varied kind of driving puts the M3 in every type of setting to see how it handles them. In total, according to Motor Trend, the BMW M3 handled everything fantastically.

During this long-term test, the BMW M3 was supposedly fun and easy to drive in all situations. On the track the M3 was obviously a blast, but it was also fun during quick drives to the office and highway blasts down California’s most scenic routes. Even on long multi-state road trips, the M3 handled admirably. It was even practical, being able to swallow up surf boards and bicycles, making it a great compromise as a sports car for people with a more active lifestyle. Some of MT’s editor’s friends also found the back seat to be more than accommodating, something that can’t be said of some M3 competitors (cough, ATS-V, cough). 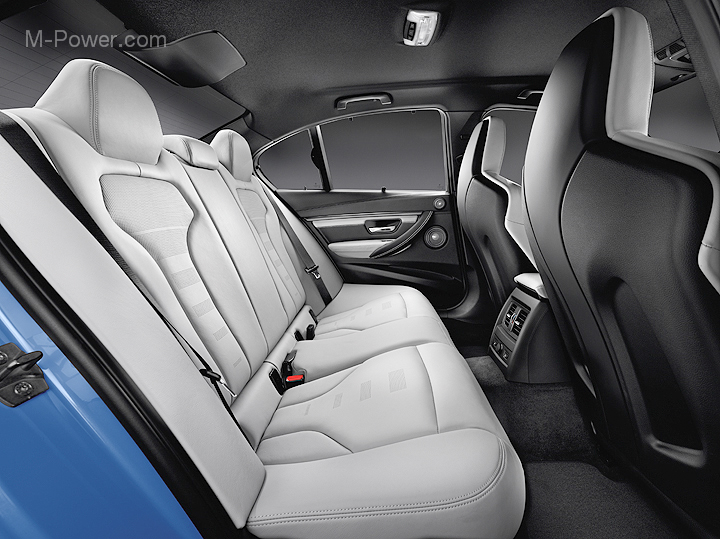 During these 25,000 miles, the BMW M3 remained relatively trouble free. Only two services were done, both being oil changes, which were free of charge thanks to BMW’s four-year/50,000 mile warranty. The only minor issues MT ran into were some squeaky chassis flex, which turned out to be dirty door seals that were cleaned and fixed free of charge by BMW, and an odd brake squeal which couldn’t be figured out or remedied. The brakes worked excellently and never had an issue stopping, even during hard track use, but a small, low speed squeak would occur. Could be isolated to an issue with that specific car.

Overall, the BMW M3 seems to be a car that can hold up over a long period of time and deliver driving enjoyment throughout its lifetime, regardless of situation. You may think that 25,000 miles isn’t a long period of time but, trust me, in the hands of lead-footed motoring journalists who are seldom kind to press cars, 25,000 miles is a lifetime. If the BMW M3 can handle what Motor Trend did to it over the course of 25,000 miles, it can handle what the average customer will do for probably around 100,000 miles, relatively trouble free. Who said German cars were unreliable?