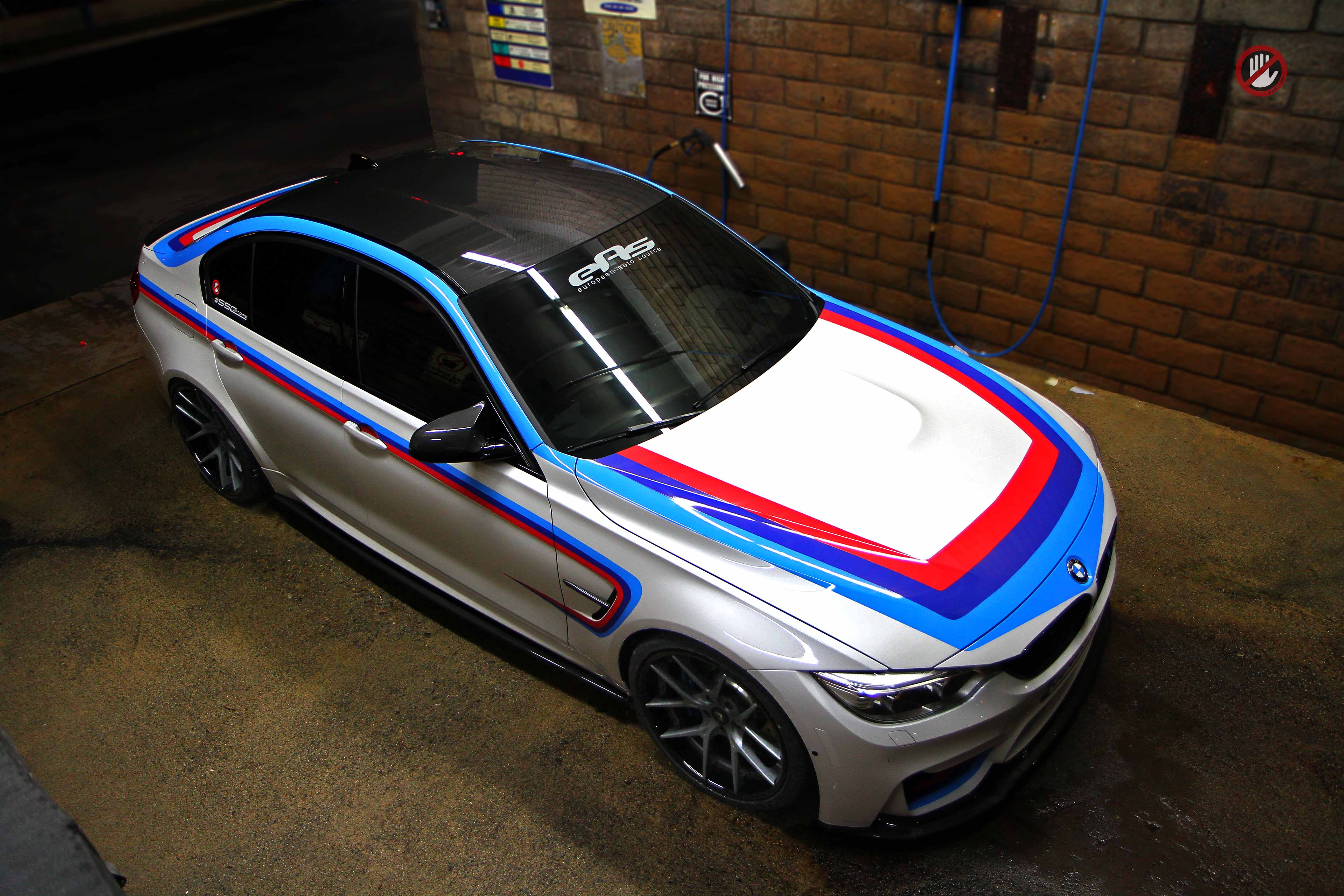 There’s a man and his dream project. Mike Coker had a vision that only a car enthusiast can understand. It’s not just a Point A to Point B thought process. It’s Point A to Point Z then back to Point C, derailed, and then it goes on its own stir craziness. An endless night of staring at a blank wall throwing ideas off of it and hoping one comes shooting back at you. Wishing it was as easy as building a car on Need For Speed.

Mike’s determination of this dream started while he was a valet attendant at Harrah’s in Las Vegas. The BMW E36 M3 just came out and it grabbed his attention like a flirty girl. It always stuck with him seeing the M3’s through the generations. Earlier this year, Mike attained his dream project car, a 2015 BMW M3. I remember the first day I saw it. 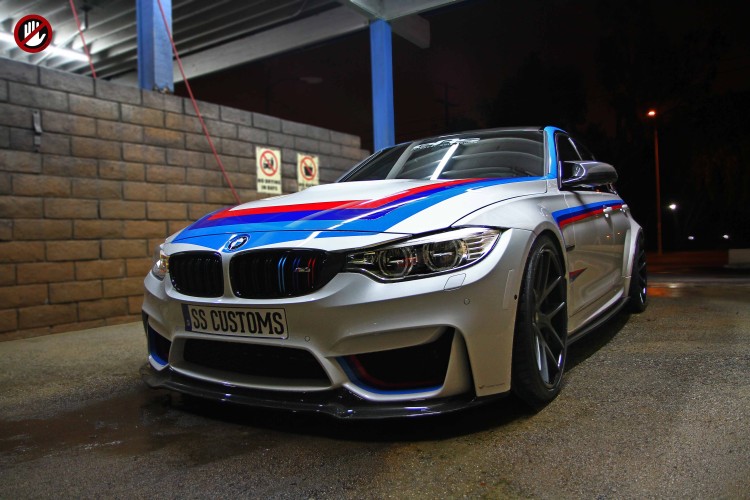 One afternoon I strolled into SS Customs in Redwood City, California. There planted in their studio was this white hero, standing strong – a 2015 BMW M3.

I was greeted by my close friend, Shareef Khan (owner of SS Customs), to an explanation of what was going on with this crouching tiger hidden dragon. Shareef told me the story behind the car and what was about to happen with it. It’s an impressive line up of mods. Ends up Vorsteiner, Toyo Tires, Eisenmann, EAS, and SS Customs tagged up with Mike and his project, even eGarage stepped in to do some video. A very well put together team was assembled to build Mike’s M3. 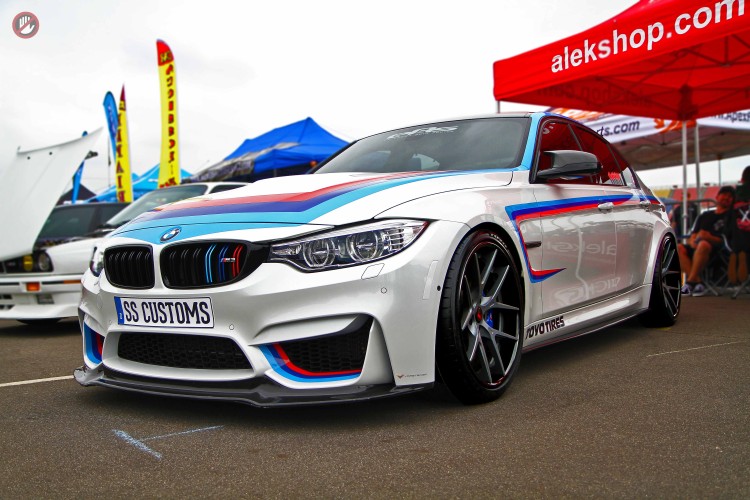 The M3 is miles away from stock for performance. The motor just throws you back in your seat with insane straight power. It handles like a suction cup on wet glass. Takes the road as one. This M3 is definitely intense with an aggressive look. Vorsteiner helped with the carbon fiber aero kit, front lip, side skirt add-ons, diffuser, and nicest of all wheels. The wheels are wrapped in Toyo Tires. H&R deletes the wheel gap. The violent scream, Mike’s favorite, comes from the Eisenmann exhaust, which is tied into his ESS Tune. 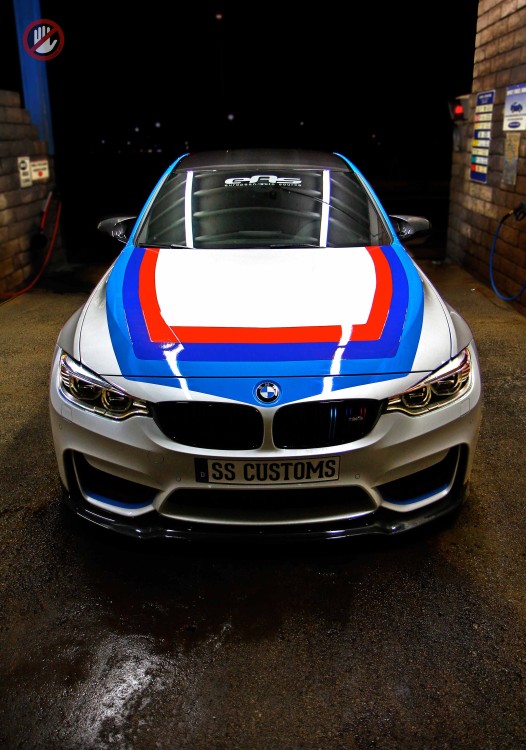 SS Customs put the cherry on top by installing custom livery M racing stripes on the car. The collaboration came together perfect. Not only did Mike’s eyes think so, but the paparazzi did too. On our way down to Bimmerfest in Fontana, California, the M3 was shot strutting itself down the red carpet on I-5. The M3 struck a pose in Alekshop’s booth getting a lot of looks and selfies.

Whether at Bimmerfest, Cars N’ Coffee, or just simply on the road, it is appreciated by all enthusiasts. 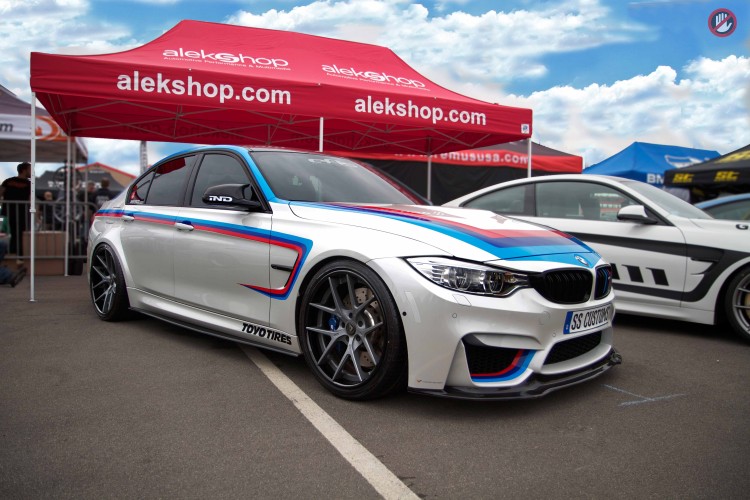 The days as a kid playing with Hot Wheels for Mike has now become reality. His project has come to life. Everyday he takes joy in it just standing in front of his open garage. Sometimes a cup of coffee and a early morning stare is all you need. It’s not always about your 0-60’s, the G’s in the corners, or how light your wheels are, it’s about the enjoyment of seeing an idea come to life. At the end of the day, Mike couldn’t be more happy with the final outcome.

What started as a man’s dream project has created a spark in the minds of many that will surely ignite the fire of fellow enthusiasts.

This is Trev Nish reporting, motor out! 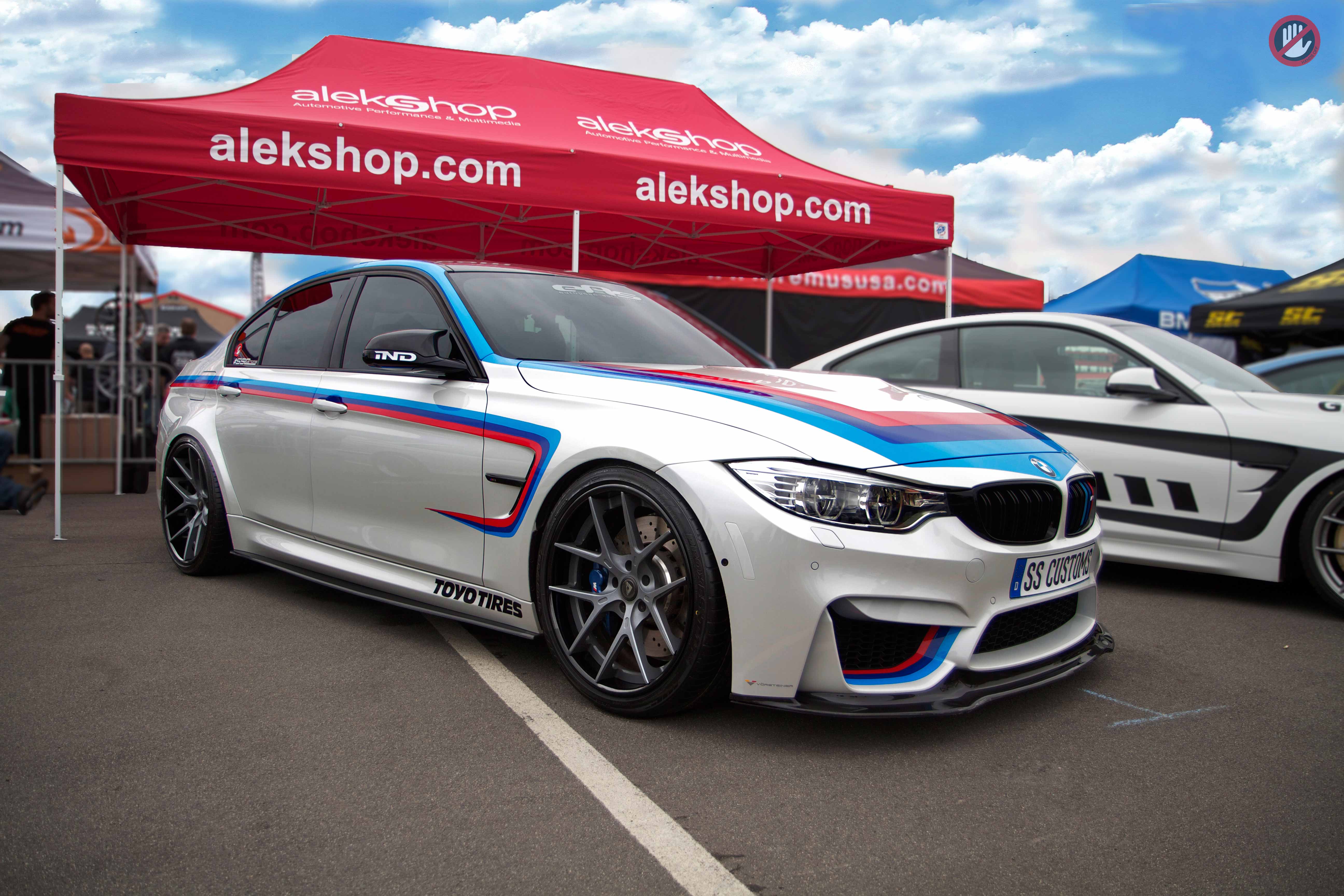 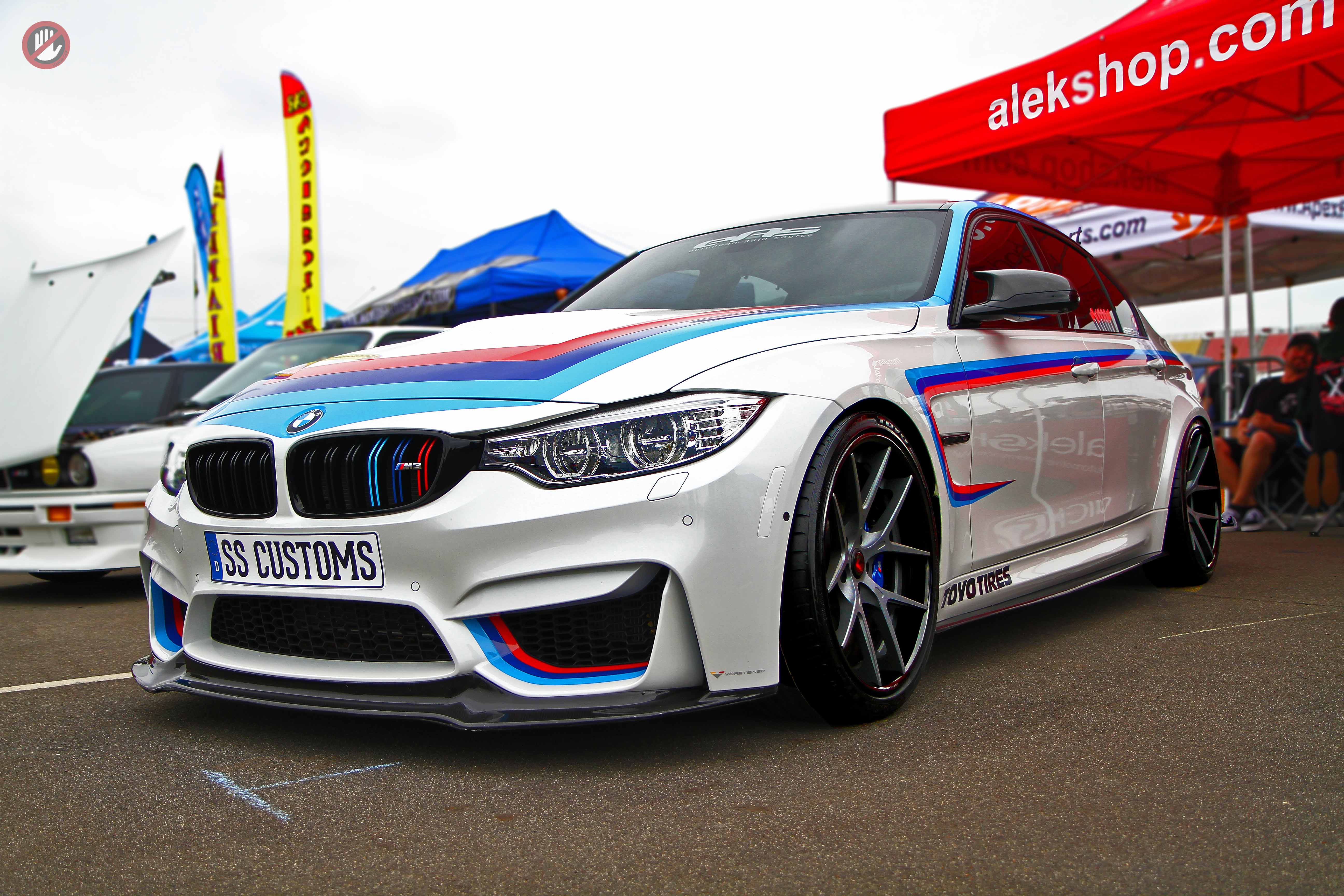 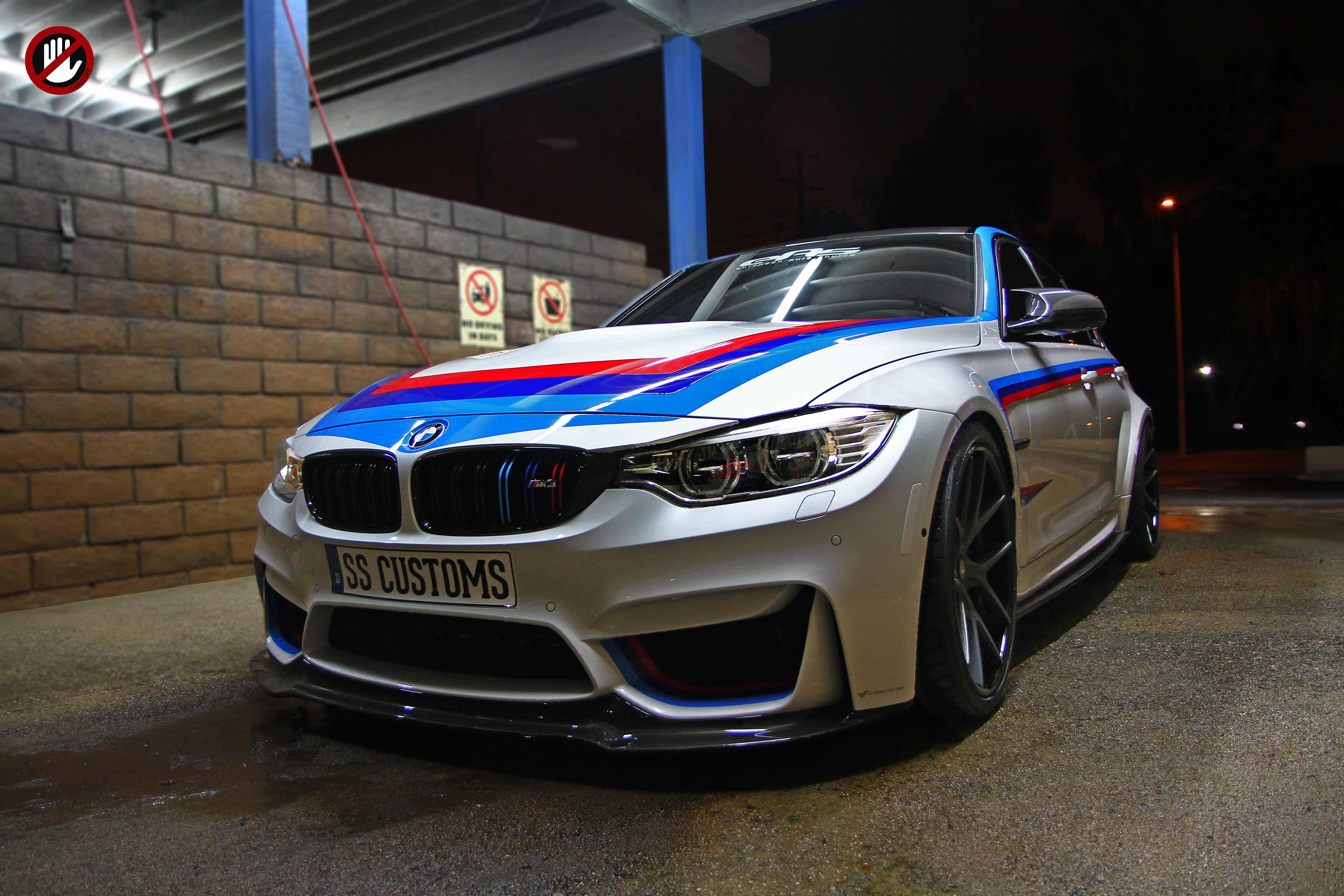 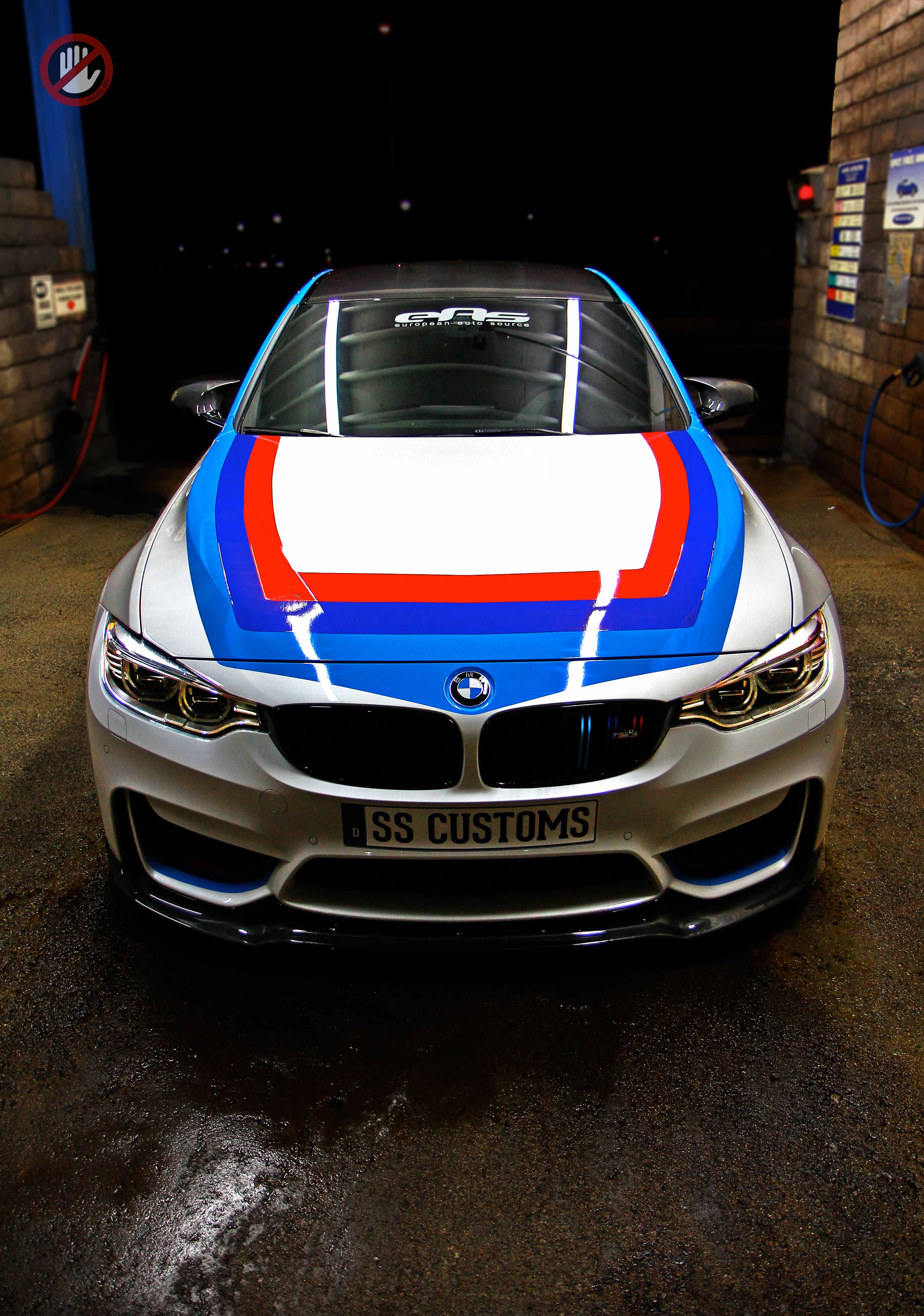