Good things come in small packages. The old adage can easily be applied to BMW as a company. Many of the best BMWs are often the ones with the least amount of space between the axles. Small Bimmers have often been some of the most fun and engaging cars on the road to drive, even if they weren’t always the best of value. This is why the upcoming BMW M2 is probably the most highly anticipated BMW since the F80 M3. The M2 is looked at as the second coming of the transcendent 1 Series M. Which is exactly what it may become, but as such, won’t appeal to the masses. 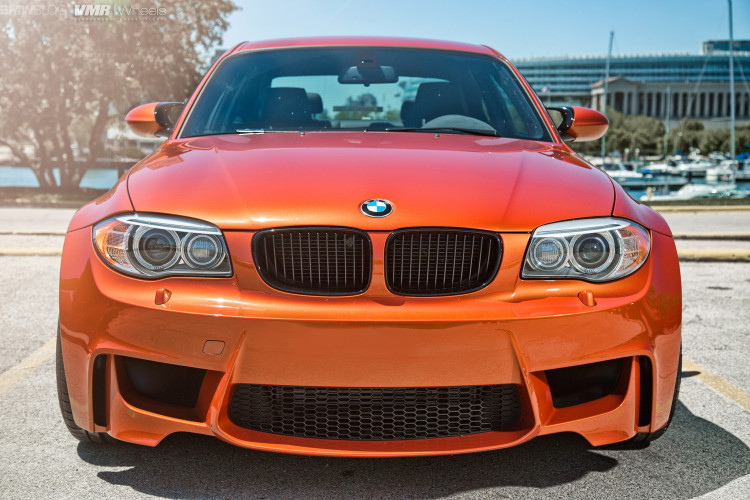 The 1 Series M was a car that many people wanted but didn’t get, due to low production numbers and the idea that the E92 M3 was much better value. There are several people who liked the idea of the 1 Series M, but couldn’t come to terms with buying it because of the fact that it had less horsepower and was slower than the M3 but cost only marginally less. So those people ended up in M3s. The very same thing may happen with the M2, as it’s likely to be a worse value, on paper, than the M3 or M4. But there are a few folks, special and lucky folks, who will disregard the value proposition of the two cars and just buy the M2 because it offers the exact driving experience they desire and nothing more.

See, not everyone needs a fully loaded car, with Full Merino leather and Adaptive everything or Parking Assists. Some people just want a small and nimble performance car that can put a grin on their face like no other car can. And these people are willing to pay a price premium for such an experience, even if it means losing out on a few options that come standard on cars costing just a bit more. Many of these fun-loving enthusiasts might even be willing to add these extra options to the M2, inflating the price beyond what an M3 or M4 would cost, just because they want that precise car.

For instance, a customer might want an Individual M2 so badly that they spend significantly more on it than an M3 would have cost. On paper, they’d be getting the worse deal because the M2 is the inferior car to the M3 by the numbers; it’s smaller, has less power and probably won’t be as fast. But to those M2 lovers, none of that matters, because the M2 will be the superior driving car in their eyes, making them grin like no other, and you can’t put a price tag on that. But BMW is hoping for that, BMW wants there to be only a few people crazy, and brilliant, enough to want to buy such an M2.

Like the 1 Series M, the M2 will be made in low production numbers, the rumor is around 10,000 units for the entire lifecycle. It won’t be to anywhere near as limited as the 1 Series M, but will be far less produced than the M3 and M4. This will allow BMW to sell out of M2s while the rest of the wanting customers get into M3s and M4s. BMW doesn’t want overproduction of a car that most people deem to be poor value, much like what happened to the Z4M Coupe many moons ago. So BMW should, and probably will, allow as much customization to the M2 as possible, thus allowing customers to have their exact M2, value be damned.

So the M2, much like the 1 Series M before it, will be a car limited to only the people that can truly appreciate it. It will be a car for people who value fun and driving enjoyment above all else and couldn’t care less how much it costs. The M2 will be of very specific taste, one that’s only had by the truest of car enthusiasts. There’s a quote that goes “Life’s too short to drink cheap wine”. I agree with this and like to alter it a bit by saying “Life’s too short to drive boring cars”. So I applaud those few lucky enthusiasts to have the taste and courage to buy the M2, however they like, price and value be damned.