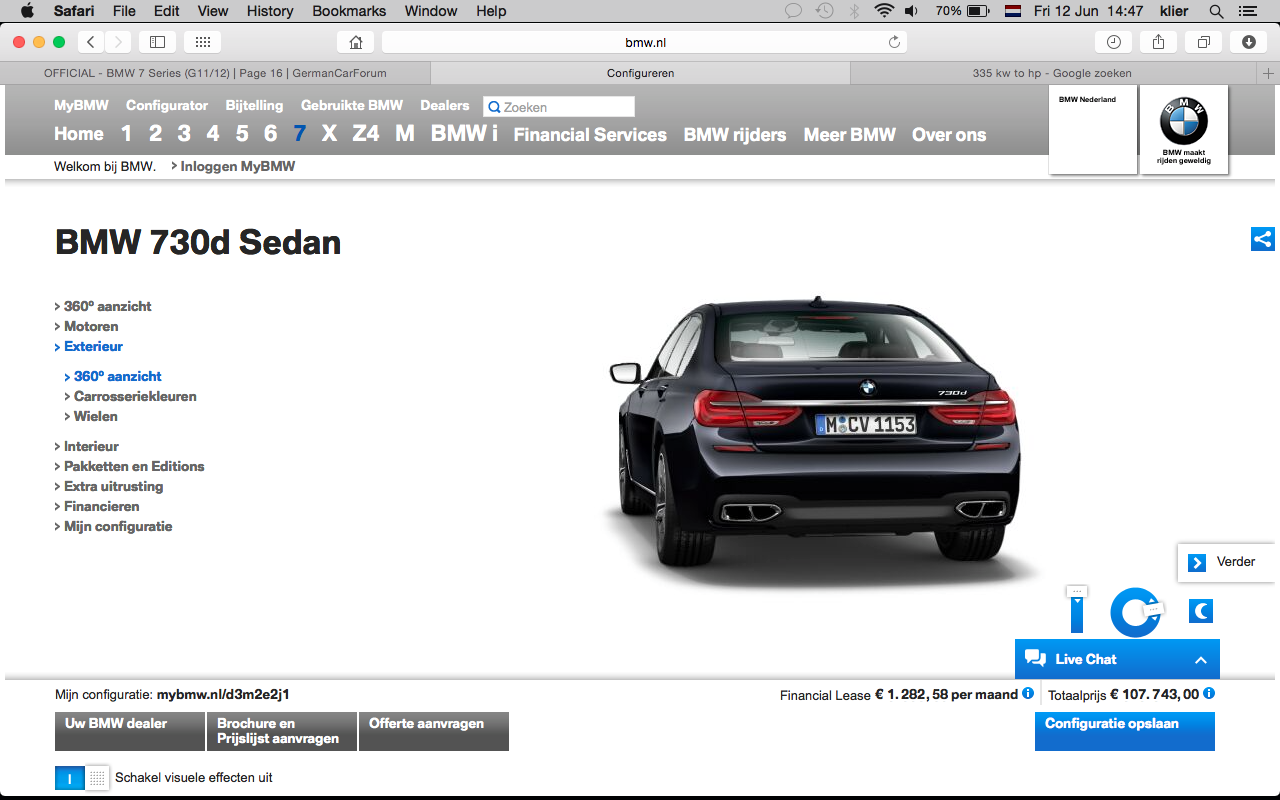 The BMW Dutch website is showing the entry-level 2016 BMW 730d with a quad exhaust option, a feature usually reserved for the high-end V12 760Li.

BMW will offer initially four models of 7 Series, the 730d, 740i, the 740e and 750i, all of which will be available in Li long wheelbase variants. The North American market will only receive the long wheelbase models. The 740i and 750i will be rear-wheel drive as standard with xDrive being optional for harsh weather climates, though the 740e will be xDrive only. 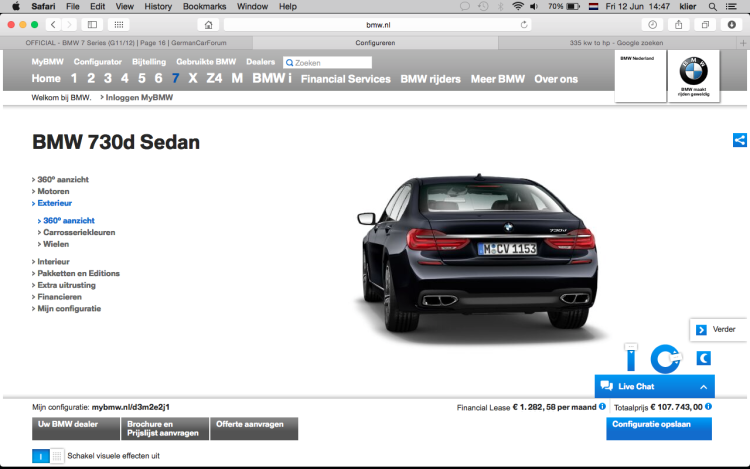 Even though the previous generation F01/F02 7 Series had the 760Li as its flagship, the lengthy press release issued this week omitted to mention the high-end 7er.

Most likely BMW will continue to offer the 760Li, but not until next year. We expect the same engine as the previous generation, a 6.0-liter V12 all-aluminum engine with Twin-Turbo Technology, High Precision Injection with fuel injected directly into the combustion chambers. The engine produces 535 horsepower and 550 lb-ft of torque. It runs from 0 to 60 mph in only 4.5 seconds.