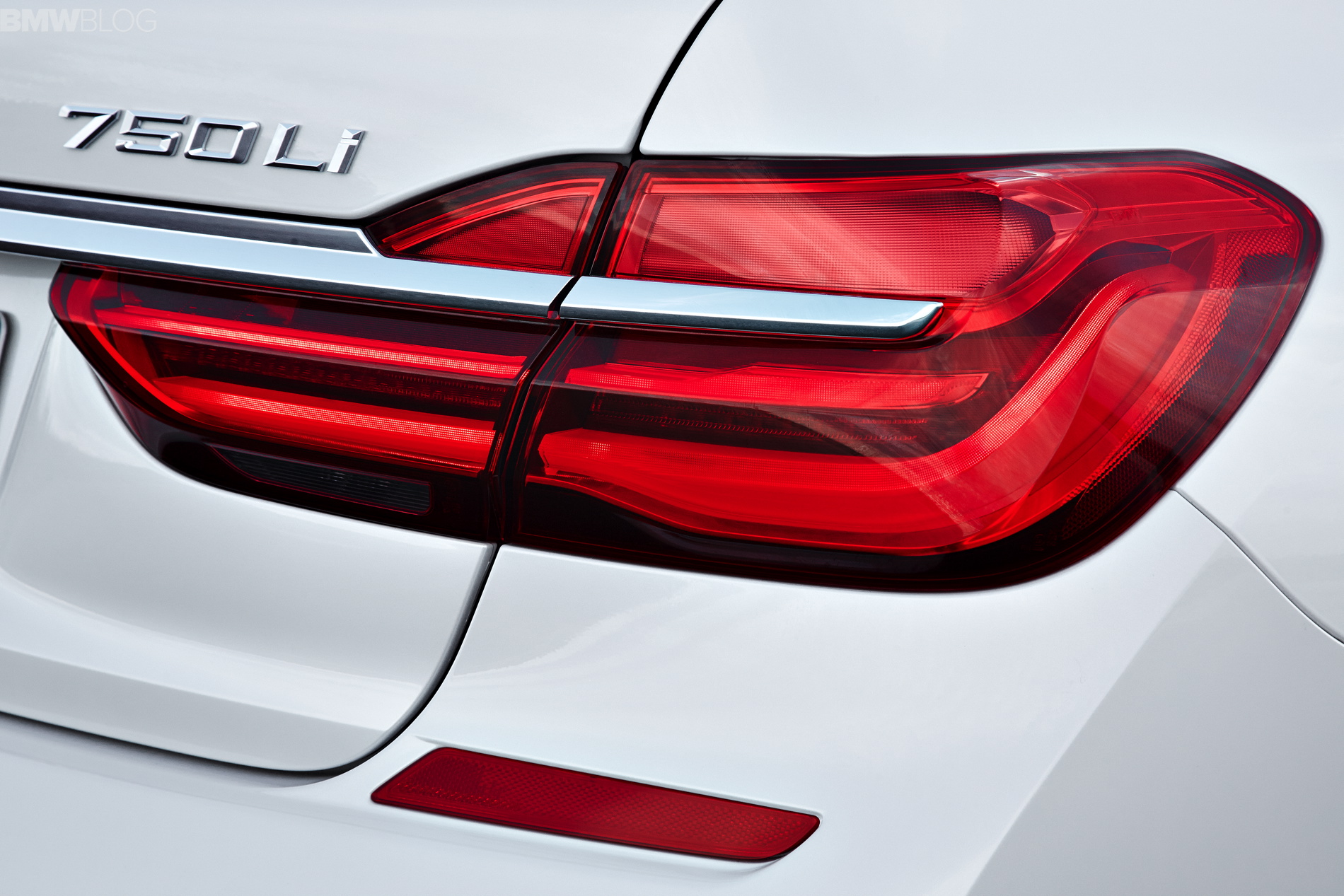 BMW has released official photos of both the exterior and interior of the new 2016 7 Series. While we all might be ooh-ing and ahh-ing at the latest luxo-barge to come from Munich, its beauty is far more than skin deep. See, luxury cars like the Mercedes-Benz S Class and Audi A8 are both incredible luxurious and comfortable and beautiful vehicles. All of them can take the successful business person to whatever destination they choose, no matter how far, in supreme comfort and luxury. But what are they actually like to drive? 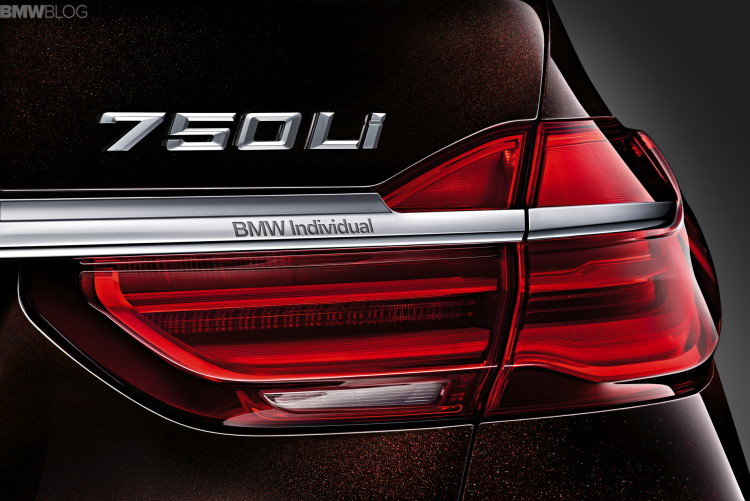 BMW tends to make the 7 Series a bit more James Bond than Donald Trump. It’s dynamic first, luxurious second. That’s they key difference between the 7 Series and all of its competitors. For the G11, that hasn’t changed. BMW will offer initially four models of 7 Series, the 730d, 740i, the 740e and 750i, all of which will be available in Li long wheelbase variants. The North American market will only receive the long wheelbase models. The 740i and 750i will be rear-wheel drive as standard with xDrive being optional for harsh weather climates, though the 740e will be xDrive only. 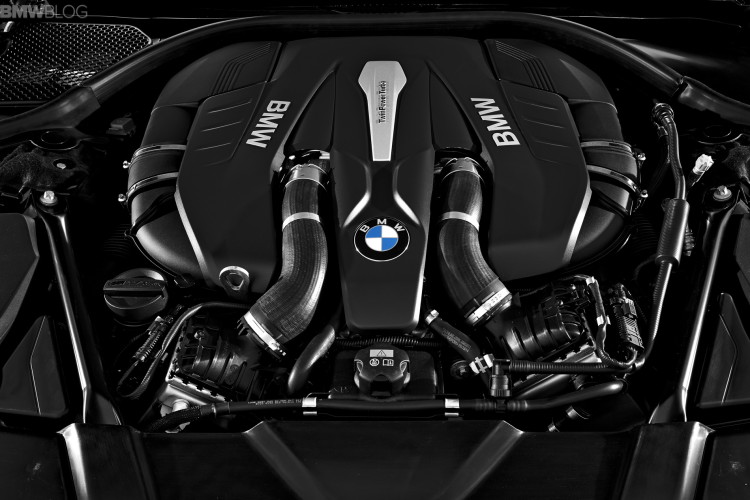 Two engines will be offered, the 740i will have an all-new 3.0 liter TwinPower straight-six engine, developing 320 horsepower, a 20 horsepower increase over the previous 7er’s I6. The crankcase, cylinder head and oil sump are all made from aluminum, so it should be very lightweight. BMW has also fitted an indirect cooling system for the TwinScroll turbocharger, which is incorporated into the intake manifold, and will work in junction with the High Pressure Direct Injection, Valvetronic and Double Vanos variable valve timing. So not only will there be a significant power bump and weight loss, but increased efficiency as well. 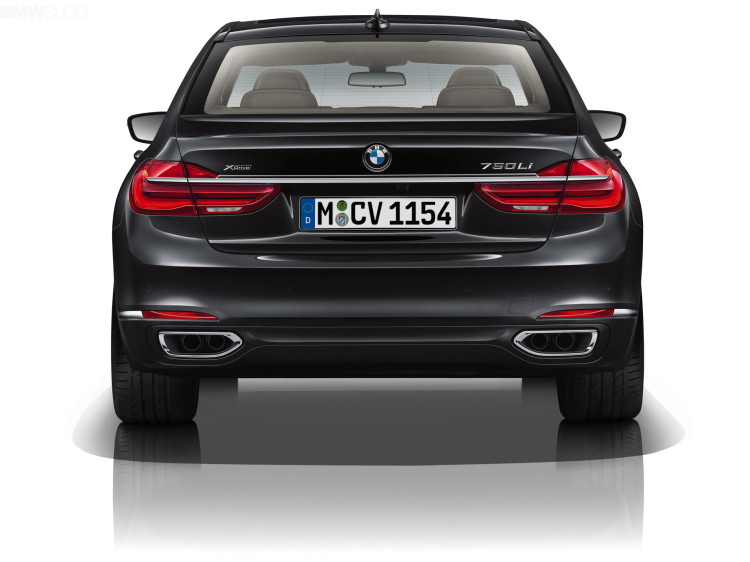 The 750i will be fitted with a revised 4.4 liter TwinPower twin-turbocharged V8, with the turbos mounted in between the v-shaped cylinder bank, and will develop 445 horsepower and 480 lb-ft of torque which will be available at 1,800 rpm. This revised V8 is also a ULEV (Ultra Low Emissions Vehicle) and is far more efficient than the outgoing model’s. BMW managed to do this by changing the compression ratio, from 10:0:1 to 10:5:1 and the addition of the latest Valvetronic and Double Vanos systems. This engine also marks the first time in a production car that the intake manifold has been partially integrated into the cylinder head, allowing for less airflow resistance and smaller exterior dimensions.

BMW will also be developing a plug-in hybrid version, the 740e xDrive, using techniques and technology learned from the i Division. All 7 Series will come standard with a ZF-sourced eight-speed Steptronic transmission. The transmission will have technology borrowed from BMW’s British sister company, Rolls Royce, and will link to the navigation system to further the transmission’s shift knowledge. This means that the navigation system can help the transmission change its shift strategy based on the road you’re driving or the route you have programmed. It can also vary this information based on the driving mode selected, so if Sport Mode is engaged and the nav detects twisty roads ahead, it will keep the big 7er in lower gears to help you out.

The ZF trans also features steering wheel-mounted shift paddles and a Launch Control feature, though I doubt few 7 Series owners will use the latter, even if they should. To improve efficiency, an ECO Pro mode is featured which can decouple the engine from the transmission while coasting, at speeds from 31-100 mph, to improve efficiency.

The diesel unit powering the BMW 730d and BMW 730Ld models is also 3.0 liter in size and has a total output of 265 hp. Peak torque is now 620 Newton meters (457 lb-ft).  Fuel consumption and emissions are considerably lower than the previous model thanks to a reduction in weight, improved thermodynamics for the turbocharging system with VNT technology and a new common-rail direct injection system whose piezo injectors now generate a maximum pressure of 2,500 bar. The new diesel models in the BMW 7 Series line-up are available with xDrive as an option.