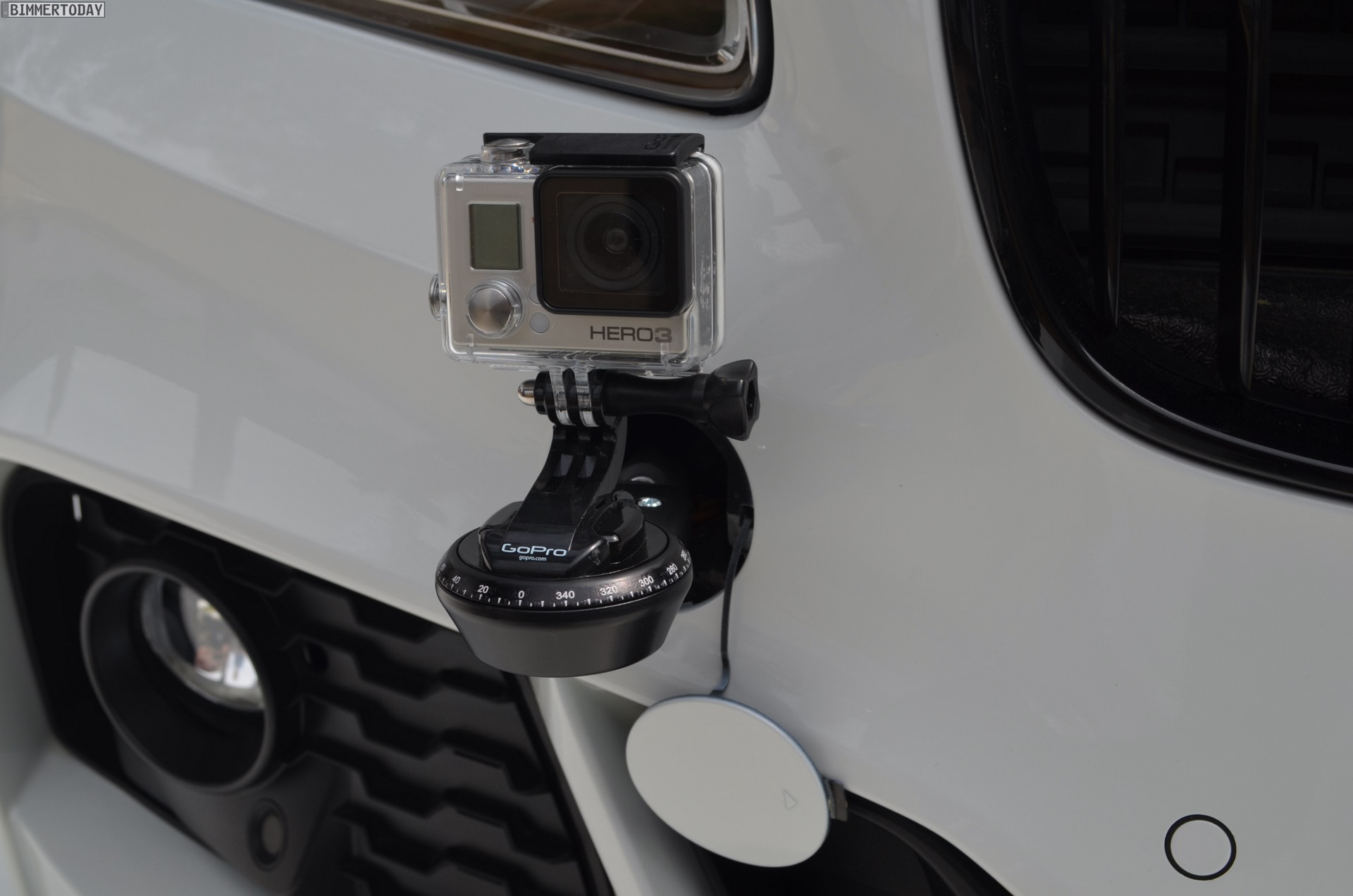 BMW take the vertical integration with GoPro cameras a step further with the launch of BMW Mounting Accessories. The official GoPro mounts from BMW were showcased this week at the launch of the new 2 Series Gran Tourer. The images below show a single handle mount attached to the towing hook with a corresponding mounting plate for the camera. The single handle can be used in the front or the rear, providing safe mounting even at high speed or rough terrain.

The second accessory offered by BMW for GoPro cameras is an arm that can be mounted on the headrest of the driver’s or front passenger’s seat, allowing for positioning of the GoPro camera in the center of the car. The arm can be rotated so the camera can film the front or the rear of the cabin.

BMW’s integration with GoPro cameras was unveiled last summer, offering BMW and MINI drivers GoPro camera control directly through either the iDrive or MINI Connected with any Wifi-enabled GoPro cameras. The in-car app allows drivers to toggle between still or video camera modes, cycle through artistic and functional presets for the video modes, set the sleep mode for battery preservation and even set up a time lapse for your carving up your favorite winding road.

No official word yet when the accessories will be made available to the general public or the price. 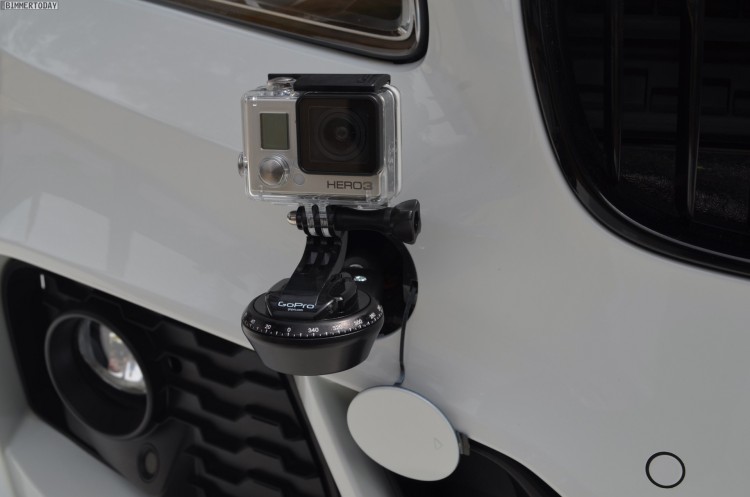 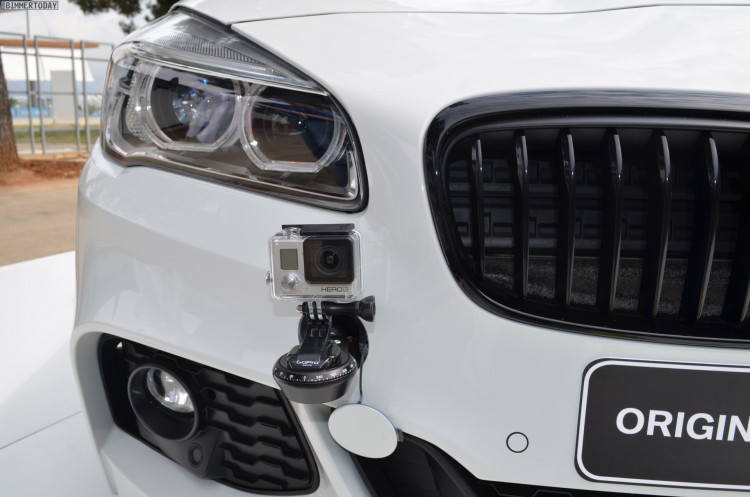 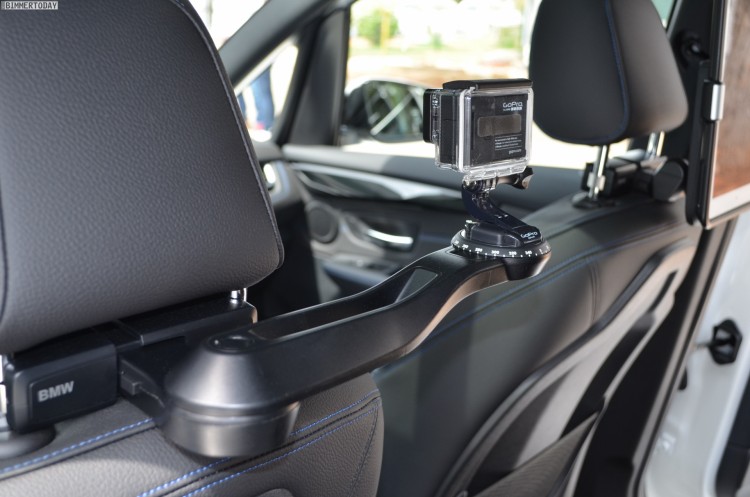 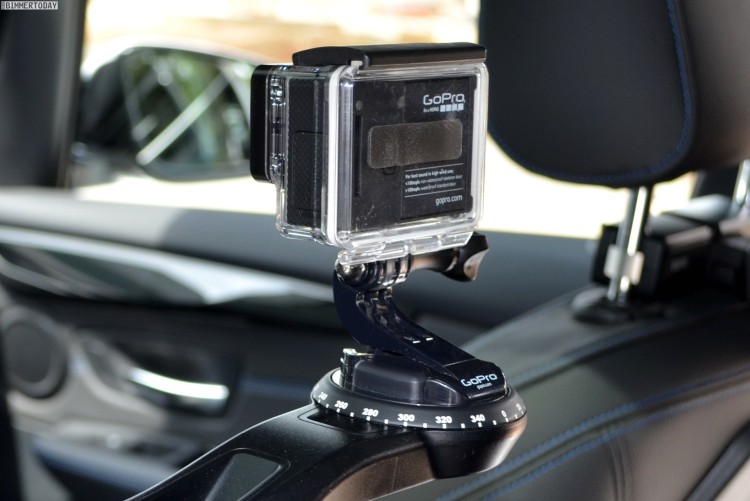 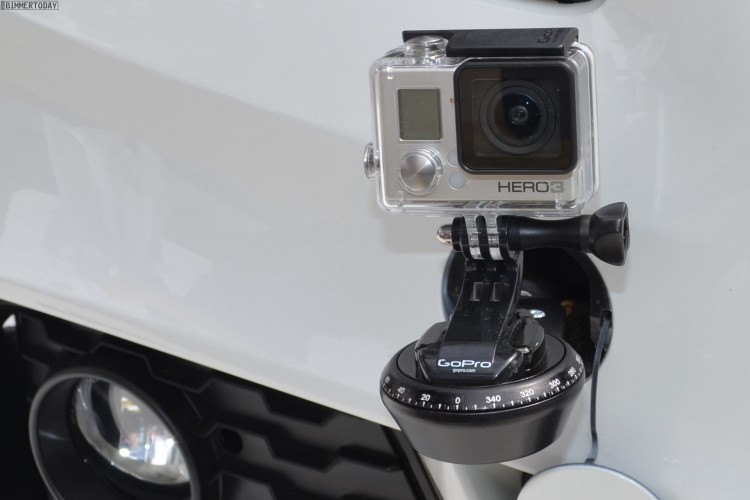 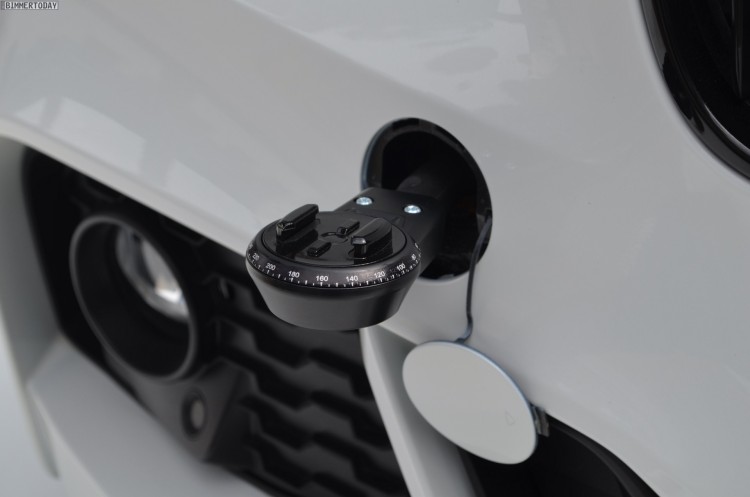