You can now control your GoPro camera from BMW ConnnectedDrive

Home » You can now control your GoPro camera from BMW ConnnectedDrive 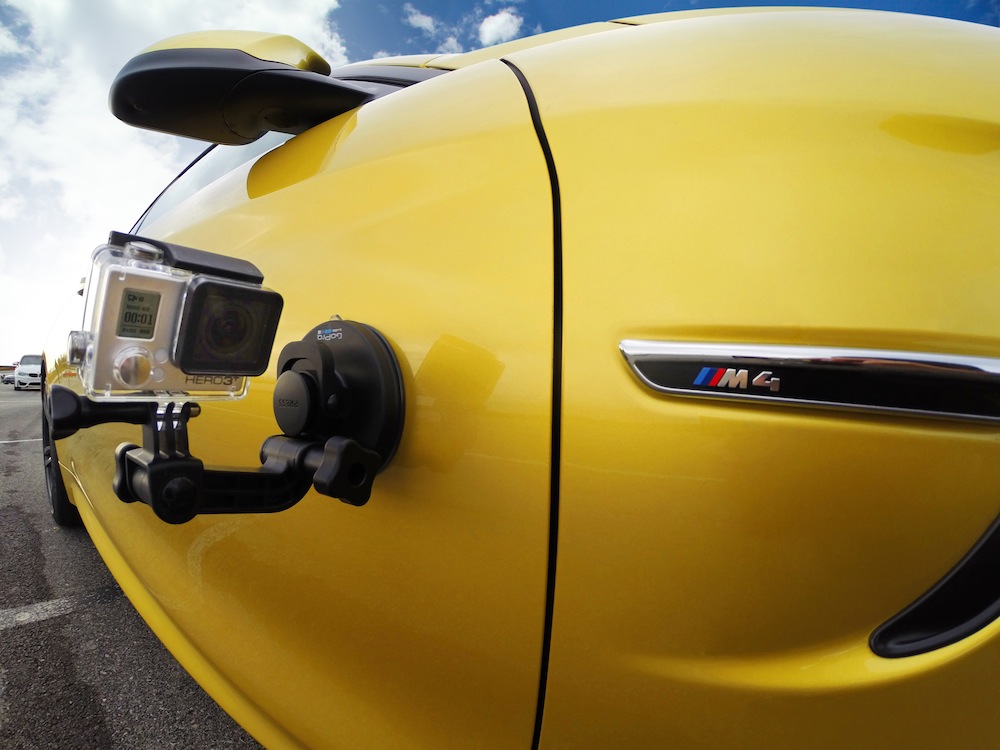 Statistically speaking, I would love to know how many GoPro videos start with the camera’s owner staring blankly into the lens while trying to be sure that the camera is both on and, in fact, recording.

These days are over BMW friends.

Earlier this week, while attending the M3 Sedan/M4 Coupe launch at Road America we were greeted trackside by a fleet M3’s and M4’s festooned with the latest GoPro HERO 3+ cameras which could capture our day of driving from nearly any conceivable angle. It turns out, there was a reason for all of the coupes being loaded up with cameras – BMW and GoPro have announced a partnership of the Ultimate Driving Machine and the ultimate extreme sports camera. 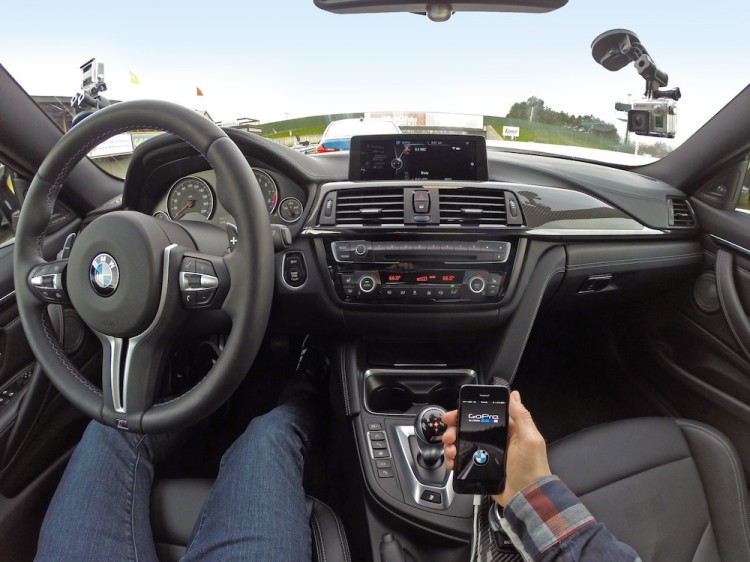 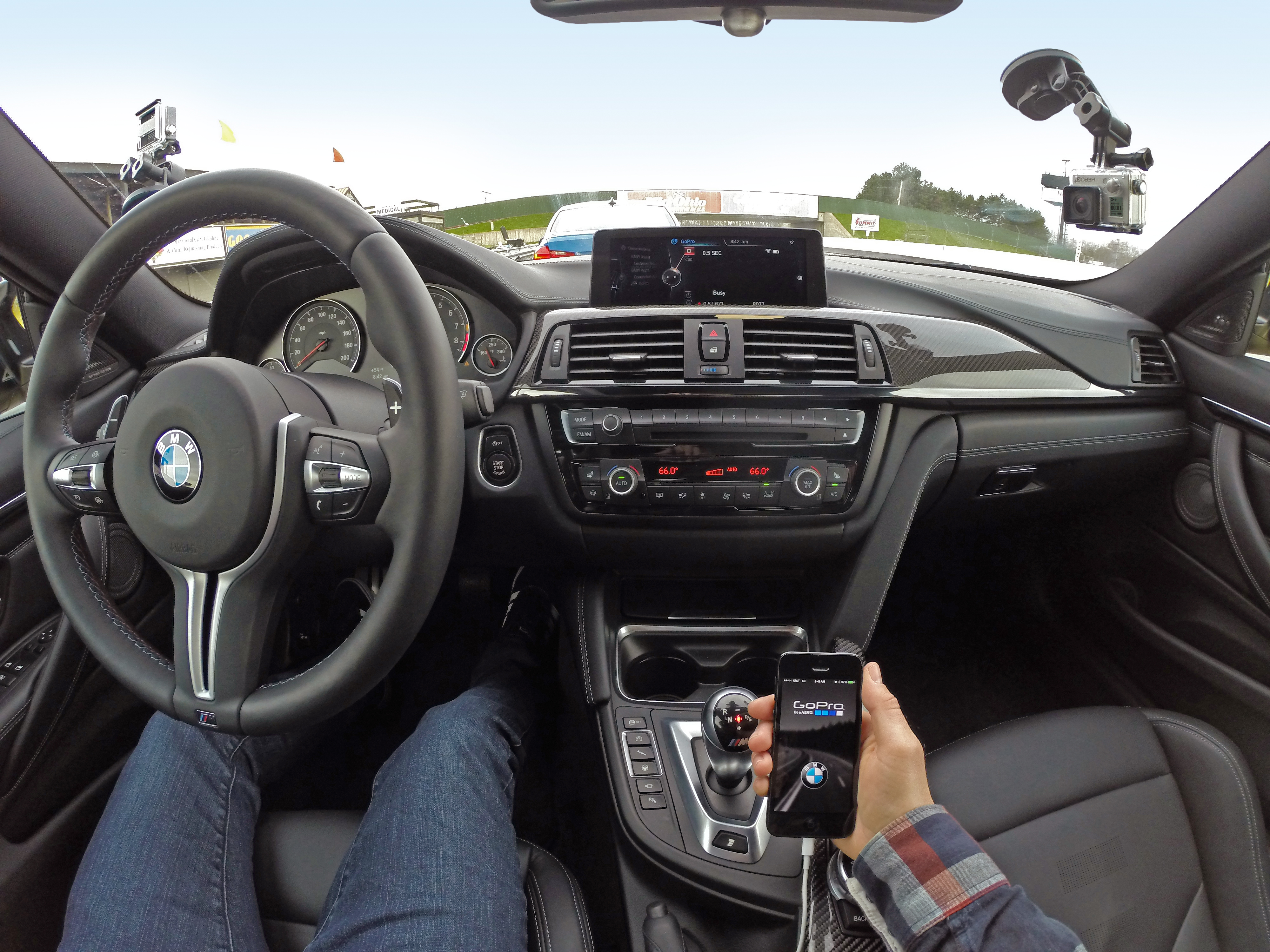 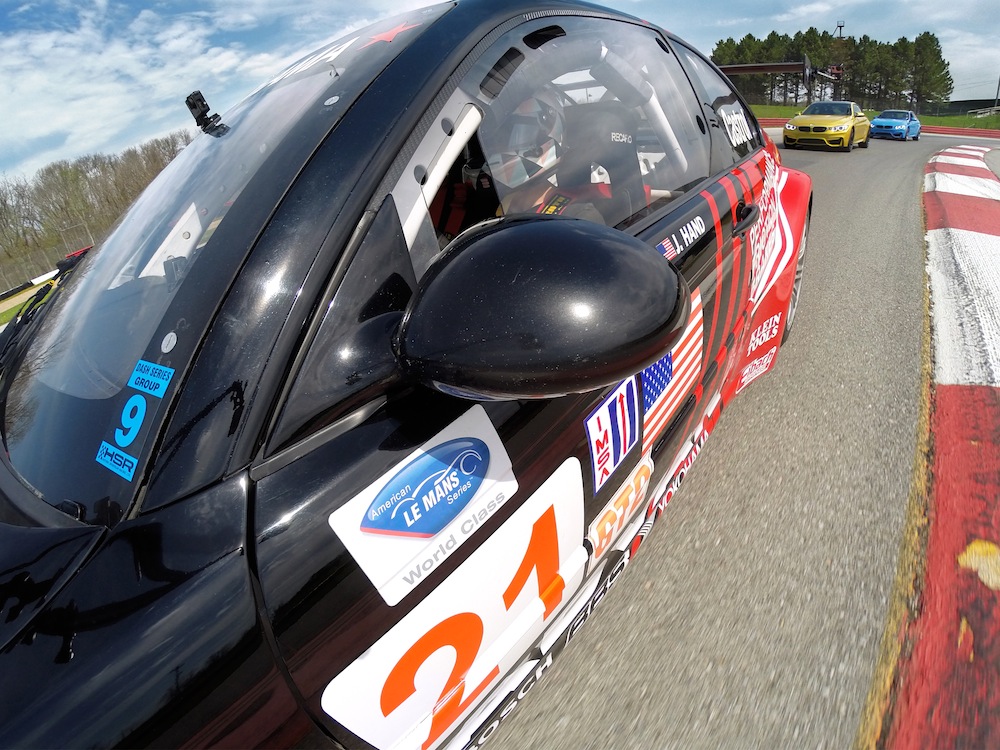 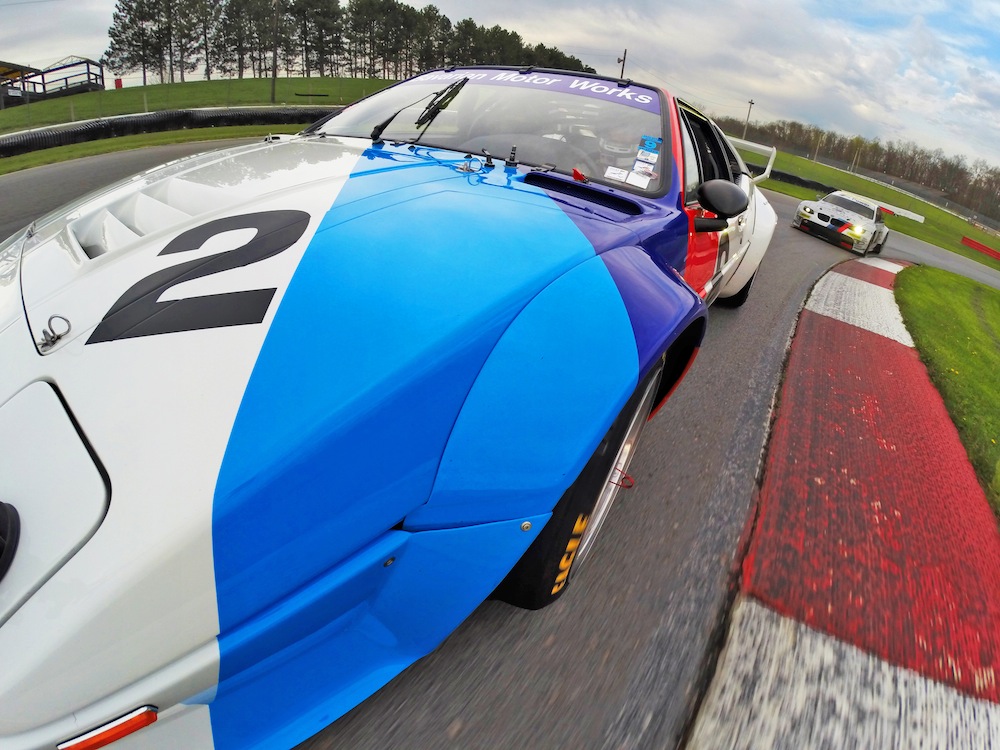 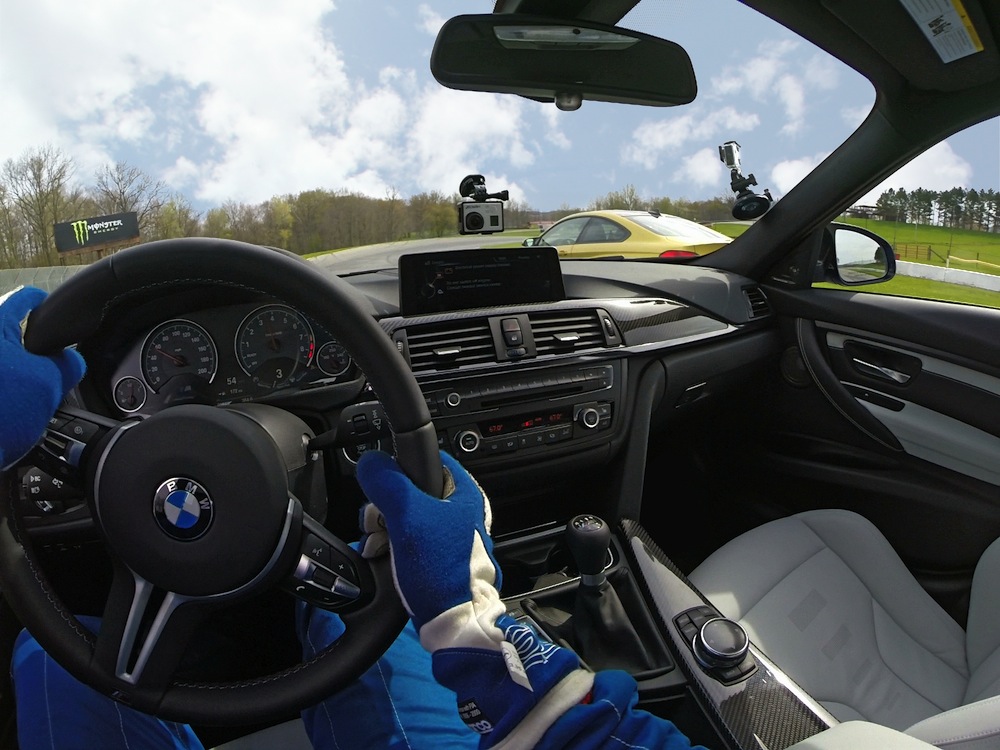 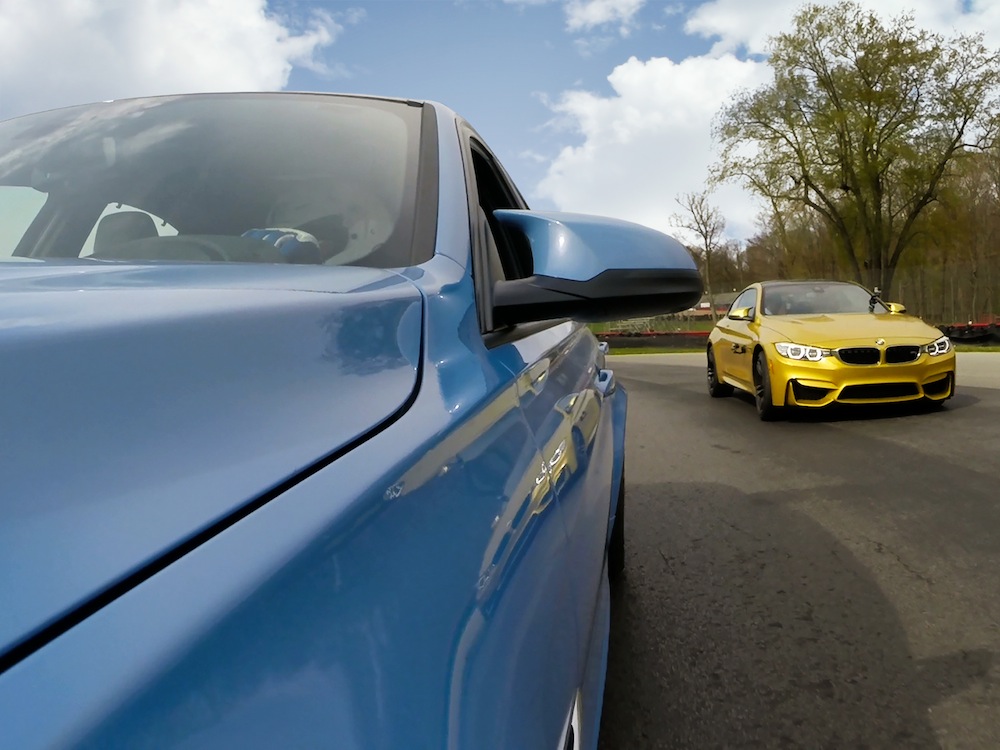 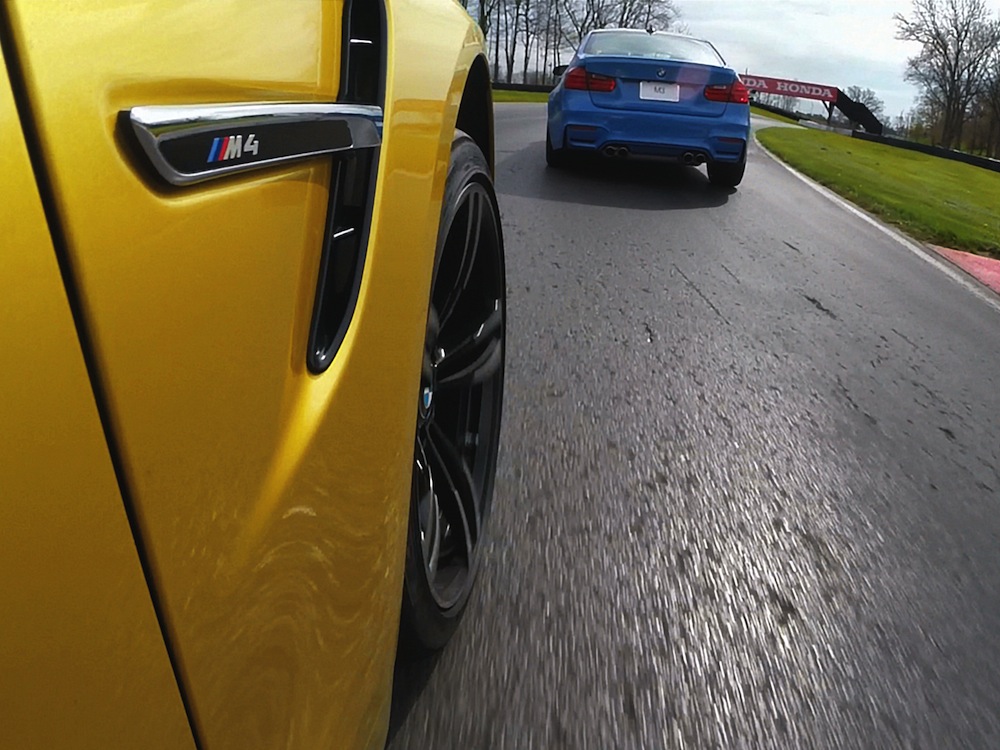 Now, BMW and MINI owners have GoPro camera control directly through either the iDrive or MINI Connected with any Wifi-enabled GoPro cameras. As we piled into the gaggle of GoPro-laden M3’s and M4’s, GoPro staff showed us just how easy it was to use the new app-based system. Upon squeezing in behind the wheel and thumbing the start button, all that was needed was to open the GoPro app on an iPhone integrated in with the M4’s iDrive system.

Tucking the phone back into the armrest, with a few flicks of the controller, I was into ConnectedDrive where a GoPro icon materialized. From there, I had options to power the camera on and off, change camera modes and, while parked, even see a preview of the camera feed via the iDrive screen allowing me to ensure the camera was angled just as I wanted. You know, the best angles to make it look like I knew how to drive around Road America in any type of quick fashion. 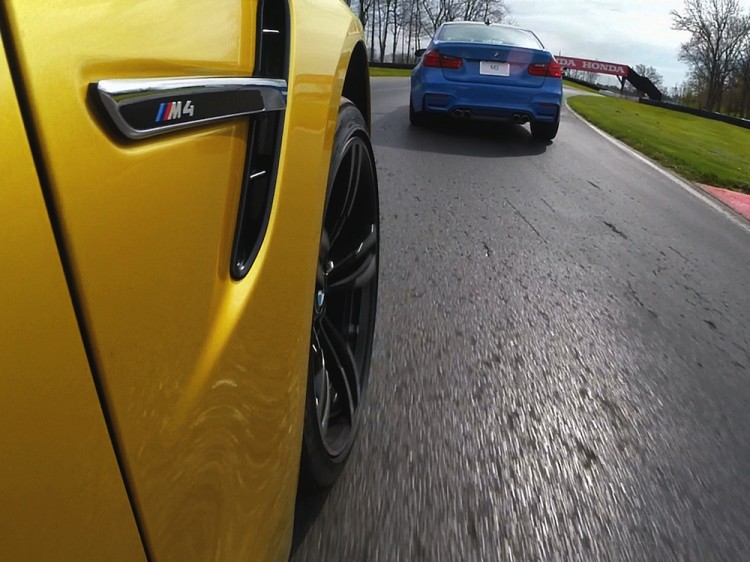 Most importantly, via the iDrive controller, I could start and stop the Record/Stop functions of the camera with a quick tap from inside car. No more up-the-nose shots of me when activating my GoPro!

While I wasn’t able try out the full use of the camera due to time constraints, speaking with Head of BMW Group AppCenter USA Phil Johnston and the GoPro staff revealed the functionality of the camera goes beyond simply recording your onboard antics. The in-car app allows drivers to toggle between still or video camera modes, cycle through artistic and functional presets for the video modes, set the sleep mode for battery preservation and even set up a time lapse for your carving up your favorite winding road.

All-in-all, I was impressed with the straight-forward and easy integration between the camera and BMW Apps. The integration has gone beyond basic camera functions and now allows drivers to edit on the fly with the preview feature and the built-in presets for both video and still modes. Just be sure you’ve got the driving skills to back it up if it’s going on camera! 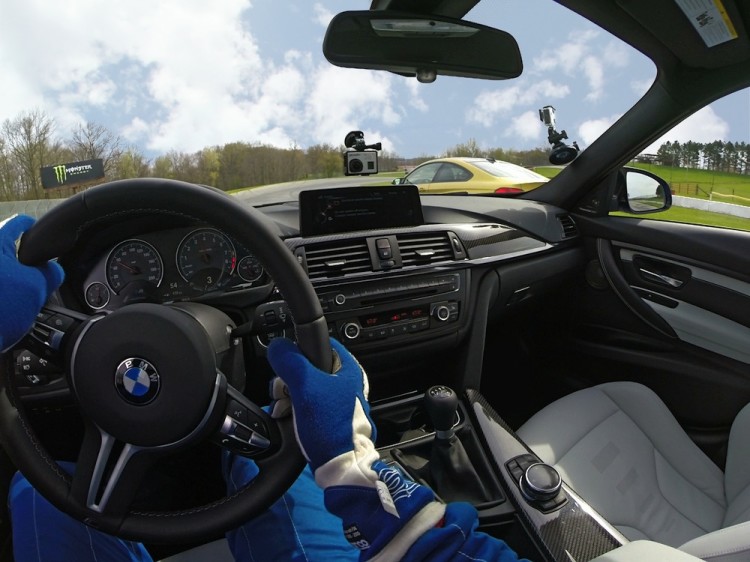 “Working with GoPro to design this integration was remarkable,” said Phil Johnston, Head of BMW Group AppCenter USA.  “’Creative’ and ‘insightful’ just begin to describe the experience.  GoPro is a natural fit for BMW enthusiast drivers. The power and flexibility of the BMW Group App Integration Platform coupled with GoPro’s advanced camera technology brings new, safe, and engaging experiences to the enthusiasts that were previously not possible.  When the camera is connected to the car, it allows GoPro’s app to present context-appropriate presets that allow the enthusiast to capture the perfect shot.”

“GoPro has deep roots in motorsports and is passionate about enabling drivers to capture their road or track experience,” said Adam Silver, GoPro Director of Strategic Product Opportunities. “The GoPro and BMW collaboration sets a new standard in the category and is an important first step in a partnership designed to deliver next-level integration between camera and car.”

This groundbreaking integration is designed specifically to reduce driver distraction and enhance the capabilities for which “The Ultimate Driving Machine®” and GoPro, one of the world’s most versatile cameras, are famous. In addition to aiming the camera using BMW’s large central screen, users may quickly choose between six pre-set camera modes: Leisure Drive Facing Out, Night Driving, Sport Drive Facing Out, Drive Camera Facing In, Winding Road Time-lapse, and Straight Road Time-lapse. The camera’s RECORD function may be started and stopped by the driver at will, and vital camera status indicators are displayed, including recording elapsed time, battery life, and Wi-Fi signal strength. The user may also toggle the camera’s SLEEP mode to prolong battery life between shots.

How it works.
First, the user’s BMW or MINI vehicle must be equipped with the BMW Apps or MINI Connected option, respectively. Next, the user’s Wi-Fi-equipped GoPro camera (HERO3+ and later) communicates with the GoPro App installed on the driver’s iPhone 4 or later, which must be connected to the vehicle either through the iPhone USB cable or the BMW Accessory snap-in adaptor for iPhone. The driver will access the App through the BMW ConnectedDrive or MINI Connected menu, which is displayed on the large, trans-reflective central screen (up to 10.2 inches, depending on model).

The BMW Group Technology Office and GoPro designed the on-board operating menu to streamline the camera’s operation and take full advantage of the integrated environment. Menu choices appear to the left of the screen, and the camera’s actual field of view is displayed in near real-time while the vehicle is stationary.