Have you ever wondered what are the reasons to buy an E92 M3? Let’s find out.

The new F80 M3 has been taking some heat from enthusiasts since its debut. The criticisms are a bit unfair in my eyes, as not liking something simply because it isn’t its famous predecessor is ridiculous. The biggest reason for criticism, however, has been with the engine. While a masterpiece of automotive engineering, the new M3’s engine is turbocharged, which is sacrilegious to the M3 faithful. The previous E92 M3 had also been deemed a heathen by the M3 community, because of its use of a V8 instead of a straight-six. Yet, now the previous V8 is mourned, as it’s the last naturally aspirated M3 engine likely to ever be built.

Admittedly, the previous E92 M3 is something of great joy, and it’s easy to see why it’s missed. The aforementioned V8 is a thing of beauty, with its 8,250 rpm redline, instantaneous throttle response and howling exhaust note. It also had telepathic steering, some of the old-school kind enthusiasts miss so dearly. The chassis was wonderful, so effortlessly controllable and could easily be coaxed into beautiful drifts. It also looked fantastic, especially in coupe form. The interior on the E92 M3 wasn’t the best, but it faded from sight once that screeching exhaust note filled your ears. 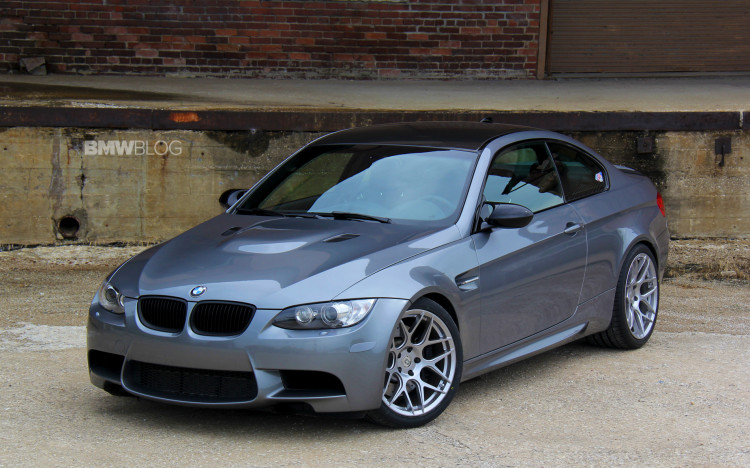 The E92 was a fantastic car, and if that’s the car you prefer to the newer F80, as long as you’ve driven both and made a fair comparison, then the E92 M3 will make an excellent purchase. So let’s go over some of the reasons to buy one.

Most cars depreciate awfully. Cars are probably the worst investment one can make. So buying a used car is always a safer bet. Especially when that used car has a good possibility of becoming a highly desired classic. As the last naturally aspirated M3 and the only V8, the E92 M3 could very well rise in value dramatically in the future. There is already a cult following for it, and as naturally aspirated engines completely fade away, it will shine in the eyes of collectors.

While the F80 is the faster and better performing car, the E92’s performance is very unique. That engine and chassis are so different from any other M3, both before and after, so it’s a car that will provide a unique experience no other M3 can. Many also claim that the E92 has some of the best steering of any M3, though that probably comes down to preference.

There is nothing like the sound of the 4.0 liter V8 shrill that emits from the quad exhaust pipes of an E92 M3. I, personally, don’t like the E92 over the new F80, but I must admit that the F80 has nothing on the E92 in terms of exhaust note. The V8 screams like no other car in its price range. At 8,250 rpm it makes a shrill that will send shivers down your spine. Buy one, roll the windows down, go through a tunnel, pin the throttle to the floor and prepare for audible ecstasy.

Not only is the engine in the E92 M3 the last of its kind, but so is the body style. Technically, the E92 M3 coupe is the last M3 coupe to ever exist. That job now goes to the M4. So being that the M3 started life as a coupe, with the E30, the last ever coupe version is something to behold and cherish.

Sometimes, owning a certain car can be a thrill of its own. Knowing that the E92 is the last of its kind in so many ways, and so unique in its family tree, will make the ownership experience that much better. While the rarity of its qualities may cause it to go up in value, and actually become an appreciating investment, it may be worth holding on to for nostalgic reasons. It would be a cool and interesting car to keep in the family and pass on, and tell stories to children and grandchildren of how it’s the only car of its kind. There are many great reason to own an E92 M3 but, for me, this is the best one.