Interview with BMW i USA on the i3 and X5 hybrid

At the 2015 New York Auto Show, Jose Guerrero, BMW i product manager, sat down with us to talk about the i sub-brand and the newly released X5 plug-in hybrid.

First topic on the agenda catered to the “i geeks” out there. When asked about the energy capacity for the i3 battery, Guererro said the battery is 18.8 usable and 22 kW total. The gap in between is used first for balancing the battery and second to maintain the life of the battery. “If you fully charge a battery up to 22 kW that’s when you start having issues cause the cells don’t have space to ‘breathe’ or cycle,” says Guerrero. Does this apply to the cell or for the whole pack? “For the cell is done at the cell level, but also the whole battery does it,” adds the i Product Manager.

Battery Replacement In i3

One pressing question in the BMW i3 community is the process of replacing a battery. We asked Guerrero about the battery replacement in case of damage, during accident or internal damage. “Yes. What’s great about our strategy is what we learned from the Active E where replacing a battery is upwards of 20 to 30 hours,” says Guerrero. “With the i3, we wanted to put something in place where a car comes in like all the BMWs, hook it up to a tester, perform diagosnitc, drop the battery, replace the individual module, not the entire battery, put back in the car and back on the road. We’re looking now at 3 to 4 hours.”

This keeps the repair costs as low as possible, and it’s a complete shift from the Active E and from what other manufacturers are doing it. “We knew that not all BMW centers would have electrical engineers, so we had to reverse-design to get every center to replace the individual module,” added the product manager. “We’re very proud of this.”

BMW says the i3 is a scalable for the future, a car that won’t rust and people will likely keep this car well into the future. “So how do we keep this car relevant,” says Guerrero, “when technology is changing so quickly.” BMW says they are investigating how to keep it relevant, either through software updates and battery replacements. BMW sees the battery replacement as a potential money maker as well.

Formula E is the latest and greatest in racing championships, so we asked BMW i USA if they see any relevant tech being transferred to production electric vehicles. Guerrero immediately points out to the eBoost technology seen in the BMW i8 and now in the BMW X5 xDrive40e, and also to lessons learned from KERS. 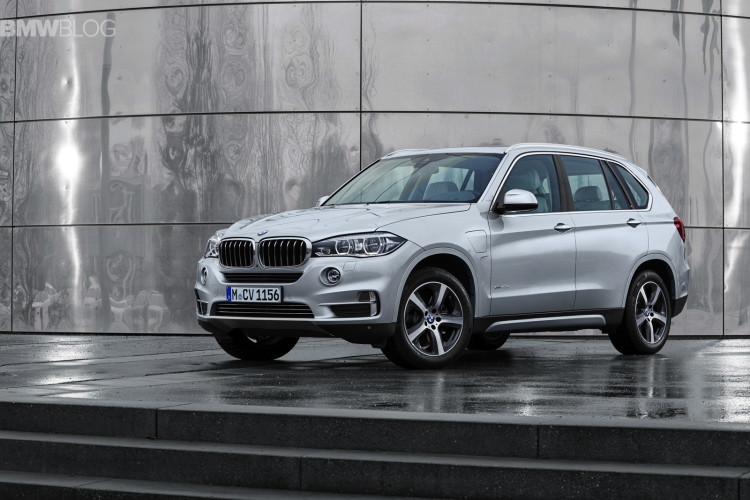 Guerrero believes the eDrive mode in the new X5 hybrid is an impressive technology. “Even in concept phase, it’s impressive how usable this eDrive really is, we’ve learned from ActiveHybrids of the past that maximizes that eDrive feeling and showing it to the customers is important,” Guerrero points out. The lessons learned from the i8 are also transferred to the plug-in hybrids. But what about electric range in plug-in hybrids? “The strategy of that car [X5 xDrive40e] is to take a heavier, bigger car concept and have a paradigm shift where it’s getting up to 55mph equivalent,” Guerrero says on the plugin-hybrid SUV. “It’s 13 miles from a single charge into fully depleted mode, but what people don’t know is that through brake energy recuperation is a multiplier effect and you can have situations when you’re done with the 13 miles EV drive and you can charge the battery back up by driving in the normal mode.”

BMW says driving the car in a longer context, you would see the benefits of plug-in hybrids and eDrive.

On the topic of a future MINI electric car, Guerrero mentions that MINI cars fall under the BMW Group efficiency strategy with the engineers going group wide but he wouldn’t confirm a specific model. “I’m sure the MINI team is looking int their product strategy and see where electrification can fit,” Guerrero adds to the topic.

The BMW i strategy is in 2015 is a shift from launch mode into a sales mode, and this is where infrastructure and BMW Genius training is important. “We gotta do more BMW Genius training, it can’t just be one person at the dealership, and we need to train people even higher since the questions now can be different,” Guerrero said.