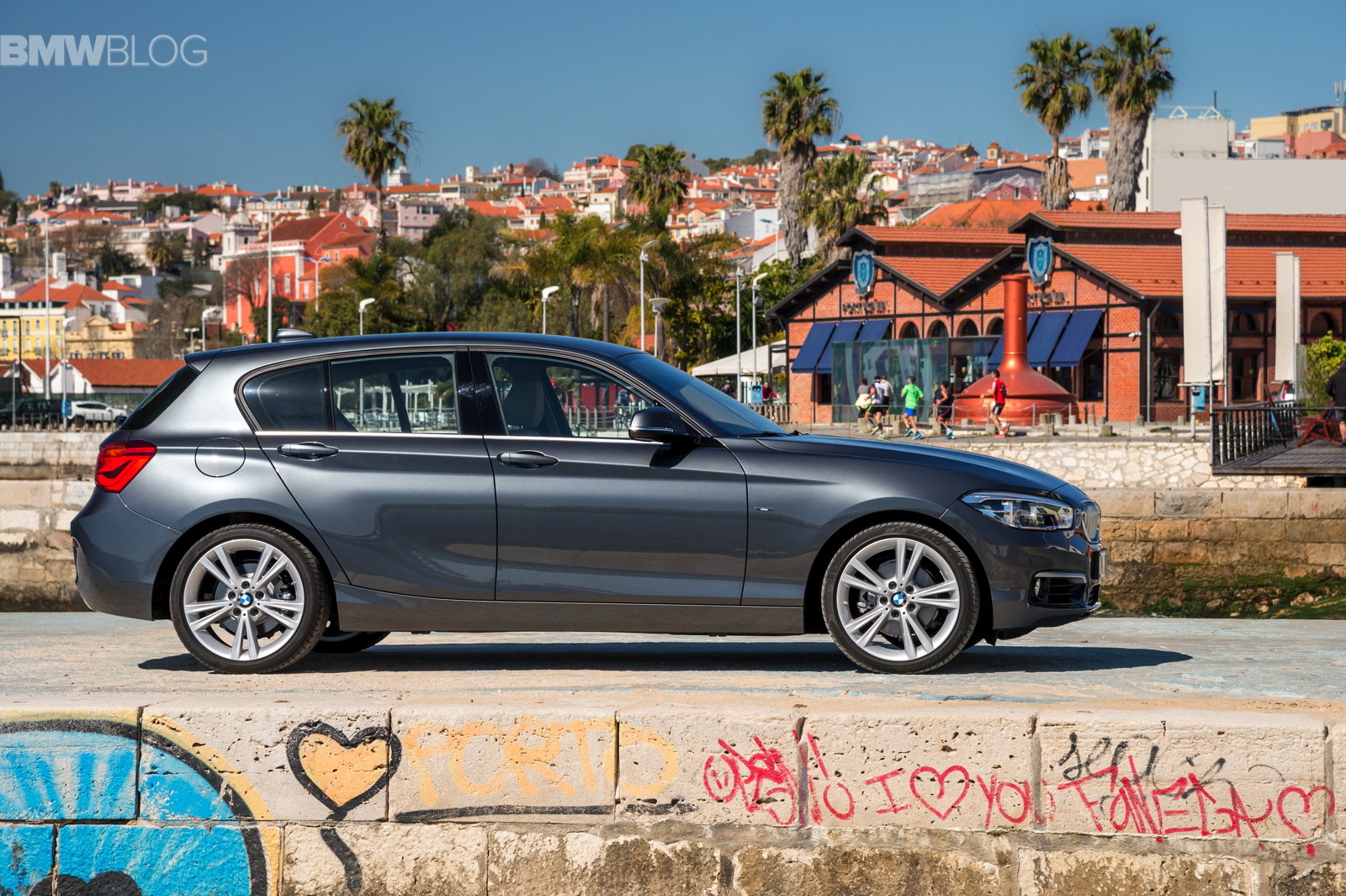 At the end of this month, the all-new 2015 BMW 1 Series Facelift goes on sale in Europe. The refreshed second-generation hatchback is currently in Portugal for the media test drives.

The previously standard Xenon headlights are no longer offered, instead BMW introduced full-LED headlamps for a moderate charge of 790 euros. On the BMW M135i, they are already standard. 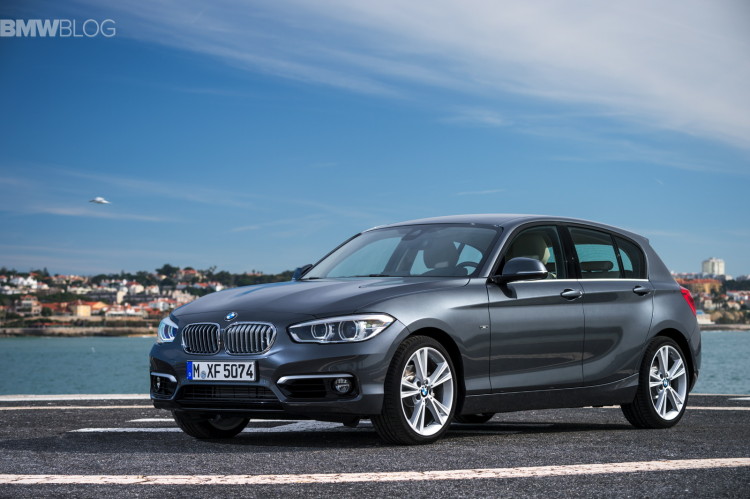 An even better light experience is provided by the adaptive LED headlights, which cost 1280-1490 euros depending on the engine.

The newly unveiled LCI has taken everyone by surprise. Moving away from small and subtle touches, like we’ve seen on the recently unveiled 6 Series, the design team have given the 1 Series quite a facelift. Extensive work was applied to the lights and front fascia, where now the larger air intakes dominate the road. The great changes of the light units are not typical of BMW facelifts in recent years and without a question it suggests that BMW has learned from the feedback received on the previous model. The headlights have been heavily revised and are now slimmer, more angular and with a sporty eyebrow that gives the front-end a more unified look. The LED headlights and LED foglights also help with the more premium and dynamic look of the car. 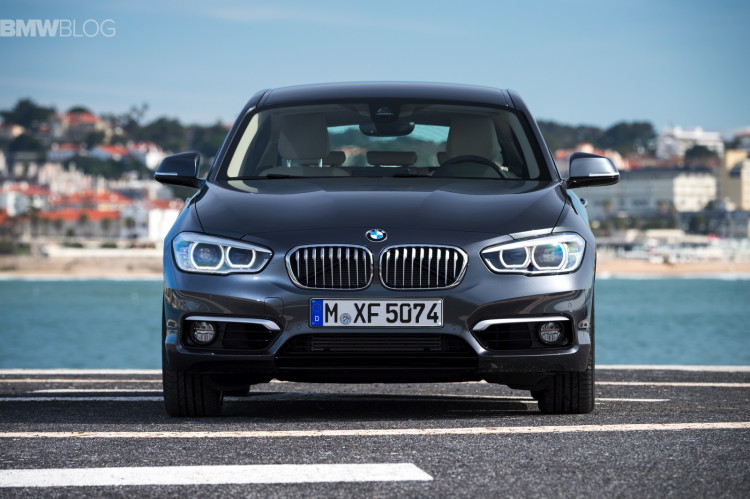 The air intakes have also grown optically giving the car a more focused look. The kidney grille has also been revised and are now beefier and made of chrome.

The rear has some distinct changes. The taillights now show the typical L-shaped lights, compared to the more square look of the previous model. LEDs are also standard. The slimmer and longer proportions make the rear look wider and sportier. 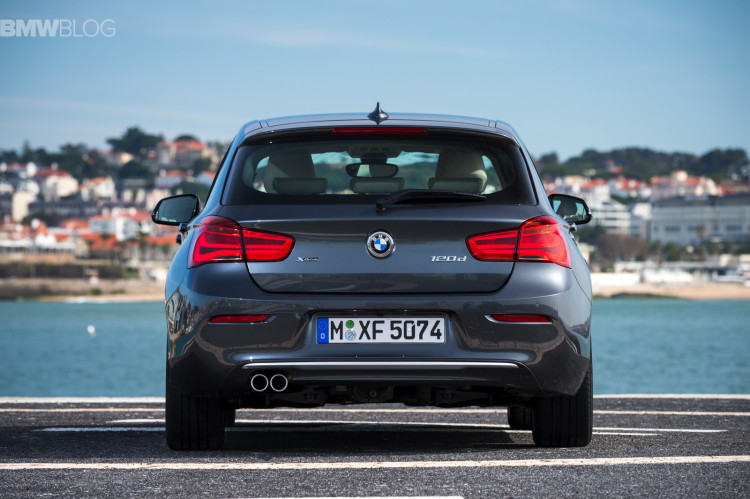 BMW has also restyled the bumper and tailpipes.

Inside, BMW kept the same overall layout, but added more premium materials and sportiness. The use of chrome is highly visible now in the 1 Series Facelift. 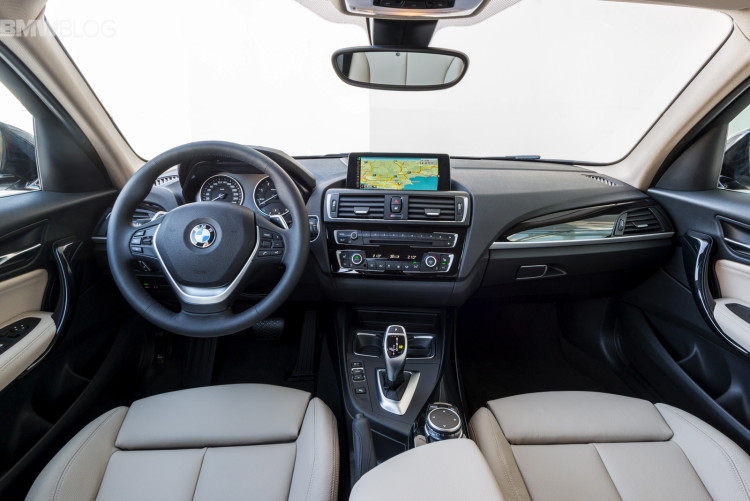 The sporty compact hatch builds atop the success of the somewhat controversial pre-facelifted model and comes to market to challenge the likes of Audi A3 and Mercedes-Benz A-Class.