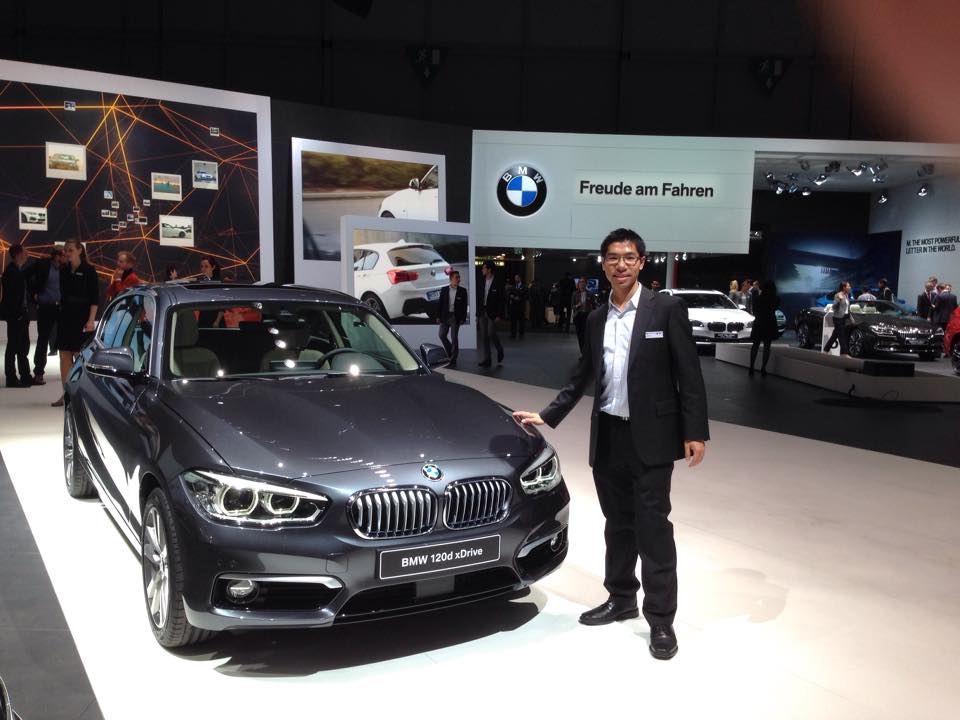 At the 2015 Geneva Motor Show, we had a chance to sit down for an interview with Calvin Luk, the young BMW designer responsible for the 1 Series Facelift. Born and raised in Australia, Luk has been with BMW Design team since 2008. He graduated from the Art Center College of Design in Pasadena, California, and has previously interned at Chrysler and BMW, before joining full-time the design studio in Munich in the Advanced Design team dealing primarily with package proportions and exploring new concepts. He later moved to the Exterior Design Studio where he currently pens future production cars.

The 2015 BMW 1 Series LCI is one of the most successful and radical facelifts in the company’s history. Contrary to what we have seen in BMW facelifts before, the Bavarians have decided to go all-in with this refresh. Moving away from small and subtle touches, the 1 Series LCI has received extensive exterior work. To learn more about the 1 Series LCI design and his passion beyond cars, BMWBLOG spent an entertaining half an hour with Luk. A little bird also told us that the talented design has some other future models that we will get to talk about in the near future. 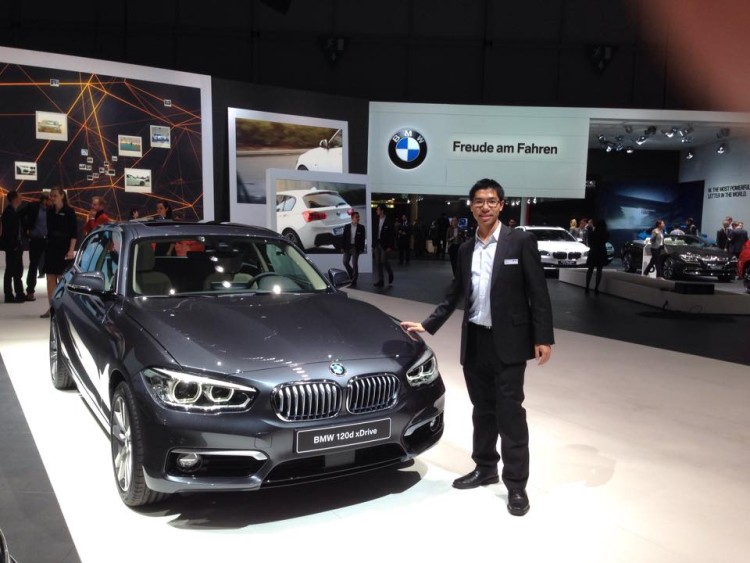 BMWBLOG: Can you please describe for us the 1 Series Facelift design?

Calvin Luk: The 1 Series Facelift started by trimming down the lights, thanks to the LED technology, and we managed to give the car a more focused look and looks a bit more high tech. Next, we made the kidney grille wider and sportier. It’s also a functional change where we allow more air to the engine while giving the front fascia a more sportier look. Also the kidney details, there is a lot of sculpture in the kidney slats, a three dimensional approach. The lower intake is larger and bolder, also giving the car a sportier look. 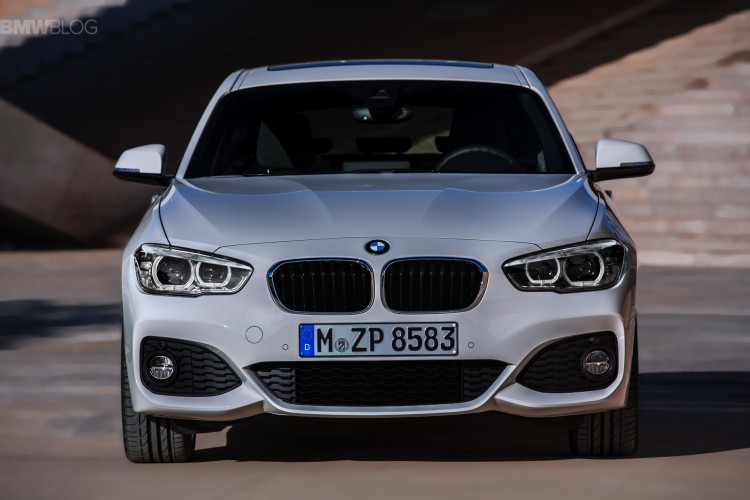 On the rear, we have a two piece tail lamp, also thanks to the LEDs, we managed to make them slimmer while allowing for more width impressions. We also bring back the iconic BMW L-shape for the lights. The rear is overall sportier, has a solid stance thanks to the lights and the poetic surfaces in between. 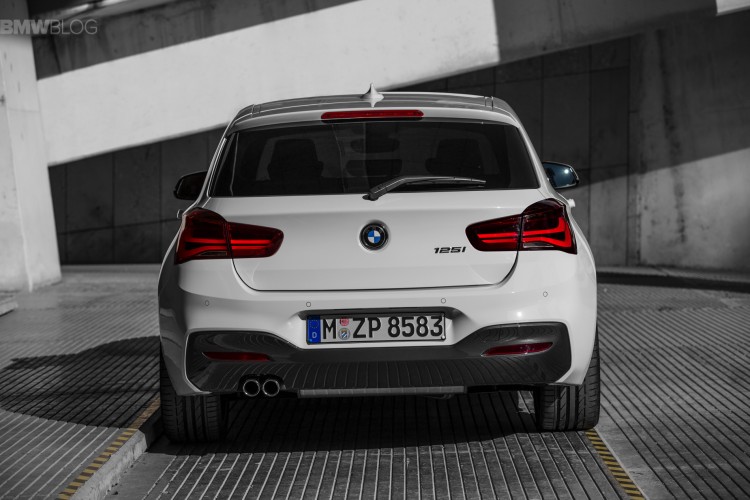 BMWBLOG: What are some of the lessons learned from the previous generation 1 Series?

Calvin Luk: The previous 1 Series has been very successful for us. We’ve sold over 2 million of these vehicles and what we have done with this new one was to make it even more BMW. So how do you make it more BMW? You have to increase the strength of the design, slim the lights, longer kidneys and the L-lamps in the rear.

BMWBLOG: What were some of the design elements that you believe were the most complicated to change? 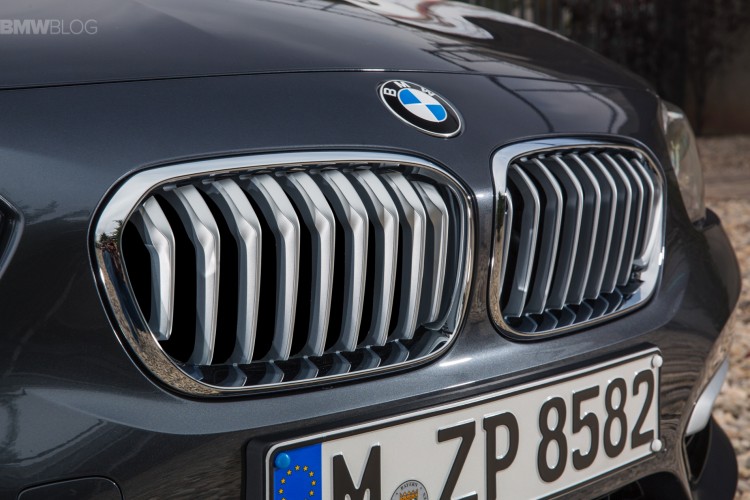 Calvin Luk: Very proud of the kidneys, especially the details on the kidney bars, the three dimensional element. If you take a look at the line work at the front, you have surfaces that pull to the line work, so under the kidney you have a volume that reaches to the corner of the line work, and so it’s a very holistic approach. The flowing surfaces pushes out the line and around it you have, what we call in general,  “consequent surfaces in between.”

BMWBLOG: Can you expand on the LED technology impact on the headlights?

Calvin Luk: The LEDs running lights are now standard, so when you have LEDs, we can make the proportions slimmer. So basically technology allows us to create certain forms.

BMWBLOG: Any specific aerodynamics elements you implemented in the 1 Series LCI? 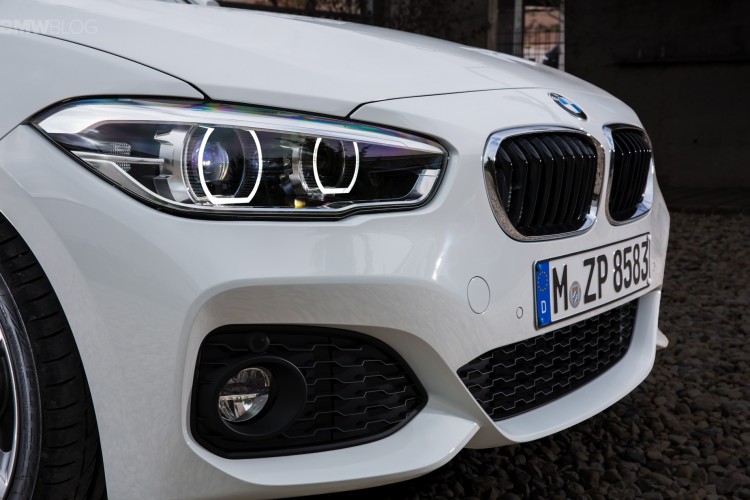 Calvin Luk: The biggest aerodynamic story is the increase in the air intakes, near the engines. The new engines are very efficient, but require more air. So this is a different approach from the previous model. This works for both the engineering and design because we offer a bolder statement at the front.

BMWBLOG: Who do you think it’s the typical customer for the 1 Series?

Calvin Luk: I could imagine myself in one. I imagine someone with a young heart, maybe someone that has a young and smaller family.

BMWBLOG: Is it more difficult to do a facelift?

Calvin Luk: I’m not sure if I find it to be particularly more difficult, but there are different restrictions. Obviously a lot of the chassis and the structure is pre-defined and we have to work around these constraints. Versus in a completely new car, you have more freedom. When we develop with more question marks, we have more freedom in design, to explore more shapes to develop things in multiple directions.

BMWBLOG: What made you get into car design?

Calvin Luk: From a young age, I was sketching cars, I loved the process and couldn’t stop drawing cars on all my school books. My family owns a BMW E36 and I was just very passionate about it. And seeing different design sketches on brochures and magazines, I was immediately hooked on this career. 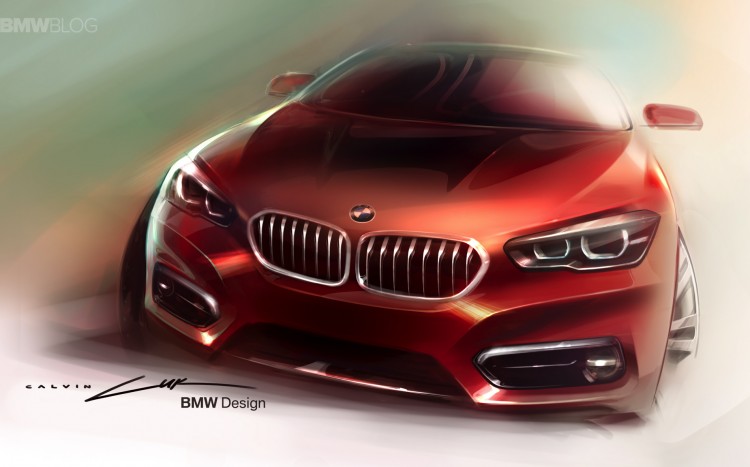 BMWBLOG: What other things inspire you when you design cars?

Calvin Luk: Obviously, inspiration comes from all sort of things often from unexpected things. I am very passionate about music and I see a lot of relationships between music and design. I enjoy playing the piano and drums, and currently trying to learn the guitar. They all have this relationship, you’re trying to express something, character and mood, from nothing. As you play the music or as you sketch or as you are on the model playing with clay, the answers start to form and develop themselves. I find this process to be very parallel, sometimes you never know where you will end up. This is the wonderful thing about anything creative.

BMWBLOG: What previous BMWs stand out as great designs?

Calvin Luk: I love the E36 since the family has one also. In my opinion, this is a very important car for the company. You clearly see a distinct departure from the E30 into the new generation with the headlamps behind the covered glass, it went away from this sort of horizontal block front fascia. Also, the E85 Z4 was a very bold move for us and it’s the car I currently own. I think this really express a lot of modernity with a completely new execution.

BMWBLOG: Design is changing, along with a new type of customer. How will this impact the future of BMW design?

Calvin Luk: A lot of things play a role in the future, not just for BMW design but for car design generally. There are now connectivity and mobility themes, electric mobility with the i brand, and questions on how we can adapt the infrastructure. In terms of design, the design is always ongoing, developing and we always have to push the boundaries.

BMWBLOG: What’s the typical day in the life of a designer?

Calvin Luk: Every day is sort of a surprise for us. As with any creative process, you’re in for some surprises and how do you deal with them? This is part of our job, and how do you adapt in a creative way. It’s not always a sketching process, even though very often the sketches and clay modelling is what it’s being shown to the outside world. The interaction between the entire team is very important, everybody has a single vision on how to develop the car for better. At times, with deadlines, it can be somewhat stressful, but it adds excitement to the job.

BMWBLOG: Money no object, what BMW car would you love to own today?

BMWBLOG: On a funnier note, so how do you adapt from the U.S. life to the German one?

Calvin Luk: The language is clearly one big change, but to me it plays a more important role than just learning it. It’s the change on how you behave on a daily basis. In Germany, due to some of the Bavarian state rules, pre-determined urban hours – not working on Sunday – it changes the way you behave on a daily or weekly basis. Compared to the U.S., where everything is 24/7, perhaps in this way the U.S. has a more spontaneous approach to your daily business. In Germany, there is a little bit more structure, it’s not that one is better than the other, just different.