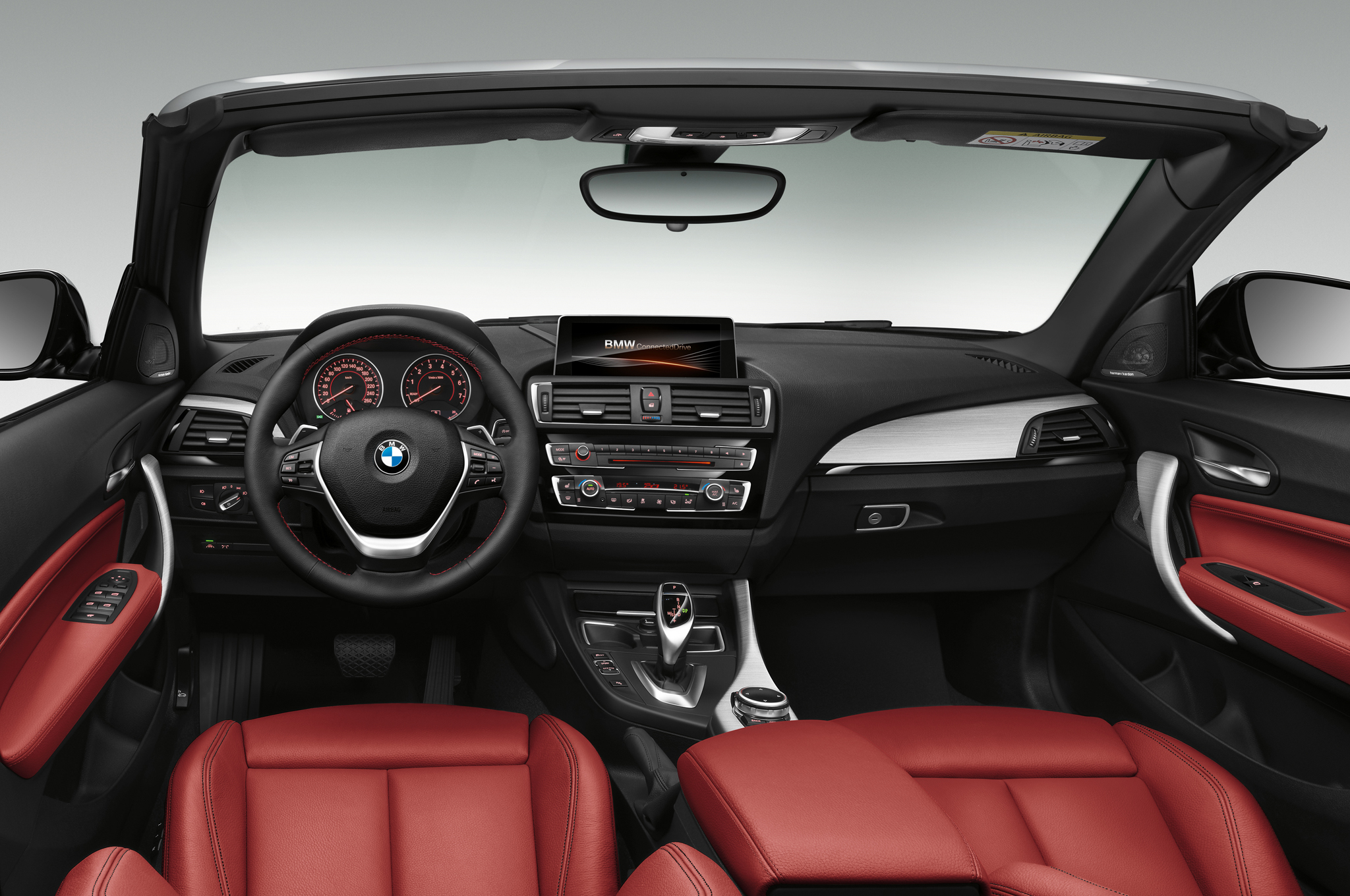 We seem to be on a roll with Top Ten lists as of late. You kind folk seem to like them and I like writing them, so we’ll keep makin ‘em. This time though, we’ll be looking at the Top Ten Best Car Interiors for under $35,000.

The interior of a car means much more than the exterior, at least in my eyes. Ninety percent of the time you interact with your car, it’s while inside of it. So the interior is very important. And because we aren’t all Mark Cuban and can’t afford a BMW M6 and Mercedes-Maybach Pullman S600, let’s take a look at the best $35,000 automotive thrones.

Volkswagen will be on this list more than once. The gang from Wolfsburg (never mind that the Passat is built in Chattanooga, TN) seem to know how to do fantastic interiors for little money. The Passat is no different. This new B7 platform Passat, which was designed specifically for the North American market, is one of the nicer interiors you’ll find on a midsize sedan. It’s comfortable, made with nice materials and even has a fun little analog clock on the dash.

You know the Germans who designed that clock were saying “Look vee put un clock on zee dash in a cheap car, ya!” and thought it was hilariously ironic. But regardless of the German’s silly sense of humor, the Passat has a much more upscale interior than you’d think would come on a car of its price range.

There are sure to be some familiar names on this list from the previous one, and the CLA is one of them. While many will complain about how the CLA doesn’t live up to the standards of typical Mercedes interiors, they must remember that MB is giving them a turbocharged engine with a dual-clutch transmission for under $32,000. So some cost cutting must be done. And while the interior isn’t the best to come from the three-pointed star, it’s not dungeon either. Sure some materials are a bit rough and the navigation screen is a bit poorly placed and no one wants a column shifter in a sporty, but aside from those minor quibbles, the CLA’s interior is quite aesthetically pleasing and sporty. I especially like the sporty gauges, steering wheel and seats. 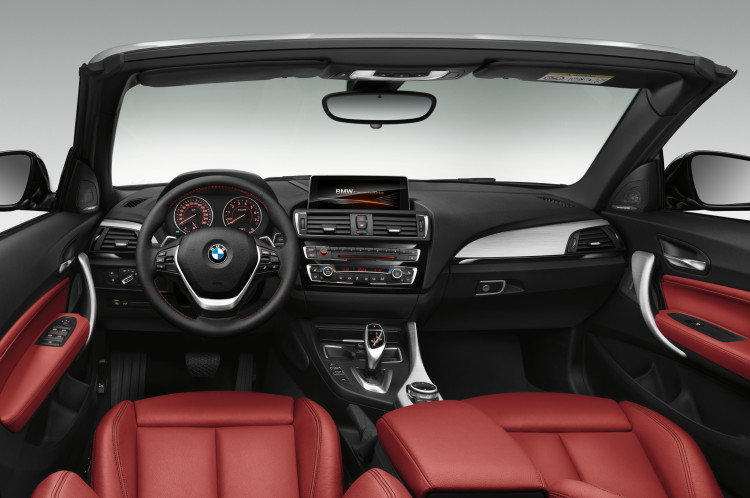 While the winner of the exterior test for this price range, the interior falls a bit short. Not that it’s bad, it isn’t. It’s just a bit boring. However, the materials are top-notch, the seats are comfortable and the ergonomics are spot-on. What I love most about the 2 Series interior at this price point is the simplicity. Everything you need and nothing you don’t. Plus as an E36 owner, the 2er’s interior is a bit reminiscent of the BMWs of yore, when driving position, visibility and accessibility were above all else, which tugs at my heart strings a bit. Maybe I’m just a softy. 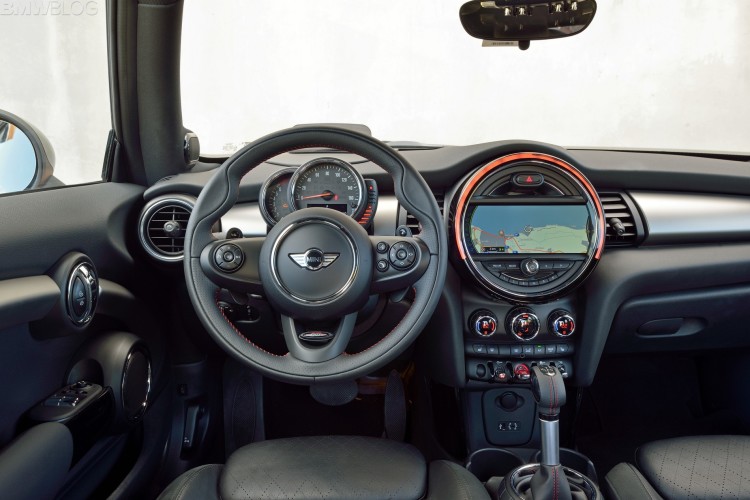 Interiors were never a strong point for MINI. The ergonomics were always wonky, bordering on absurd, window switches were behind the shifter and you had to take your eyes off of the road to check your speed. However, now that BMW has taken the reigns, MINI is putting out some nice digs. The new Cooper has one of the coolest interiors out there for the money. All the materials are top-notch, the seats are great, the speedo is actually in front of you now, window switches are on the doors where they belong and there’s LED piping throughout the cabin that can change color(!). Sure some ergonomics are still baffling, like the fighter-jet ignition switch behind the shifter, but overall a very pleasant cabin to spend some time. 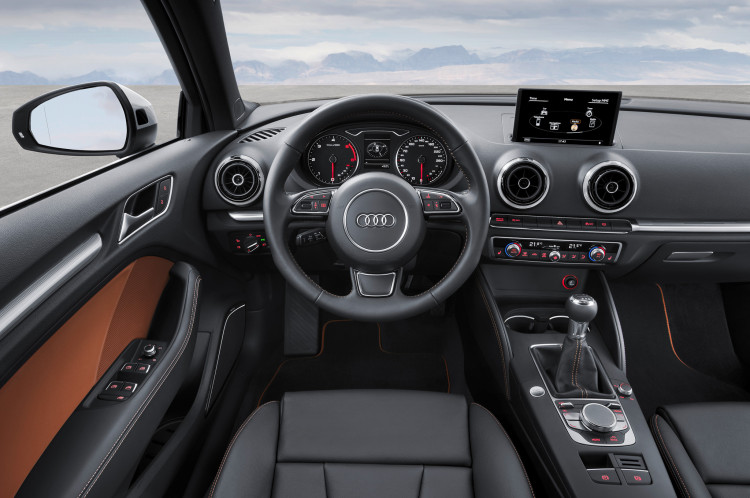 Audi has always been very good at making interiors and the A3 is no exception. With crisp lines, comfy seats and overall just a cool looking cockpit, the A3 makes a strong case for itself in this segment. It really is no wonder why youths of today love the A3. The interior is stylish and high-tech looking. It also pulls of the tablet-on-the-dash style navigation screen better than Mercedes. I particularly like the aeronautical air vents on the dash, as well. Some materials aren’t up to snuff with the rest of the segment, but the styling is very cool. Overall, just a sporty, upscale cabin in an affordable car. 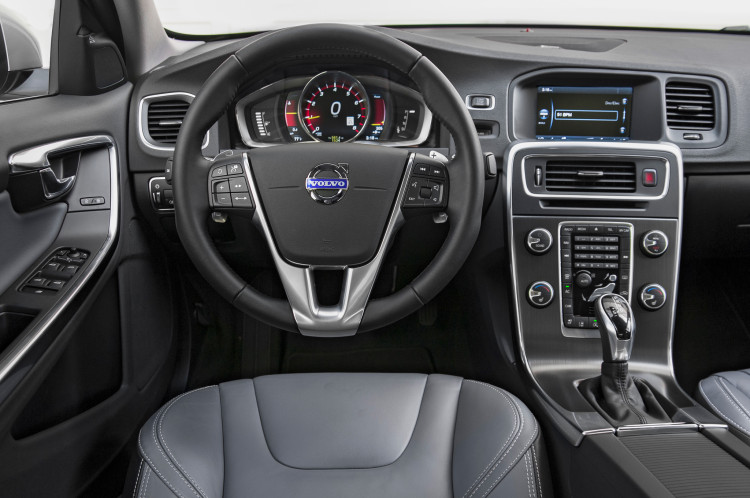 I’m probably going to take some heat for this one, but there’s no denying the overall comfort of a Volvo cabin. For some reason, all Volvo cars feel so comforting and pleasant. They’re just such nice places to be. The S60 has some of the best seats in the business, great visibility, lovely materials and just that Volvo feeling of security and comfort. While not the most aesthetically pleasing, it’s a definitely comfortable, ergonomic and just pleasant place to be. It almost feels like going back home. Maybe that’s just me, but the Swedes know how to make a nice cabin. 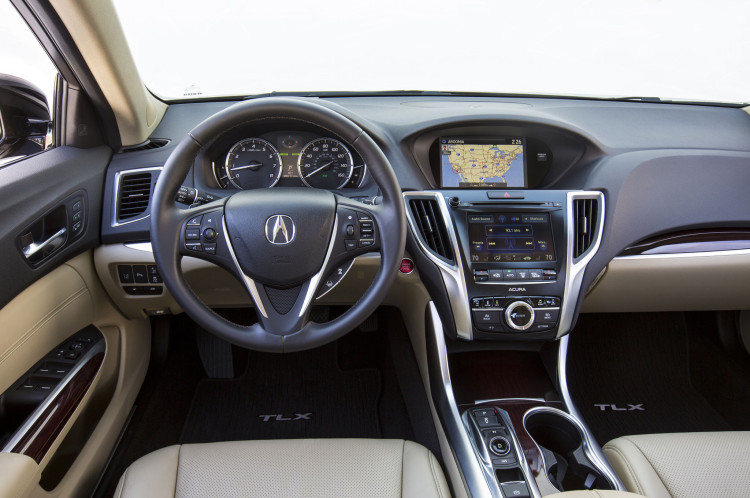 A glorified Honda makes the list. The fact is, that all Acura interiors are pretty good. One of the things that makes an Acura nice on the inside is standard equipment. They come with loads of it. The TLX is no different. With heated, ventilated leather seats as standard and well as wood trim, the TLX has a lovely cabin, especially at the price point. It also has some of the better ergonomics in the segment and, as always with a Honda product, excellent seats. The TLX offers a rich, comfortable cabin at a very low price and needs no options to make it so. 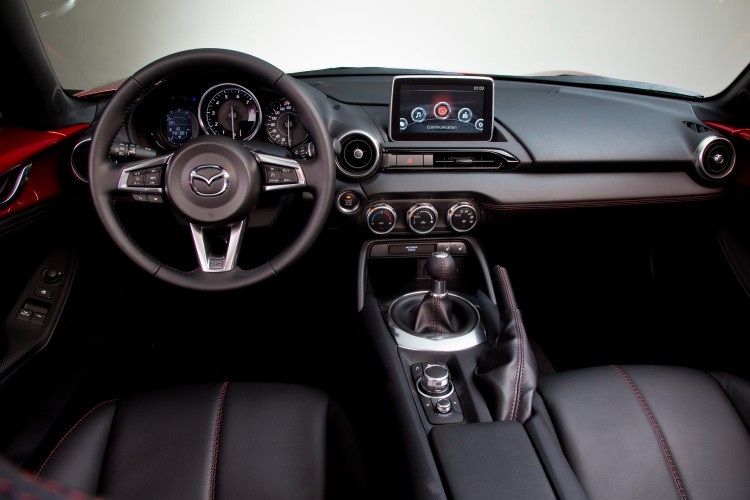 Car interiors aren’t just about luxury and comfort. Often times, an interior can set a specific mood for a car. The MX-5 is the perfect example of this, as the interior is as old-school sports car as it gets. It has excellent sight lines, supportive seats, a perfectly sized steering wheel, three pedals and a gear lever and that’s about all you’ll ever need. The Mazda MX-5 is the return of the small sports car and the interior is just as much a part of that as anything else in the car. 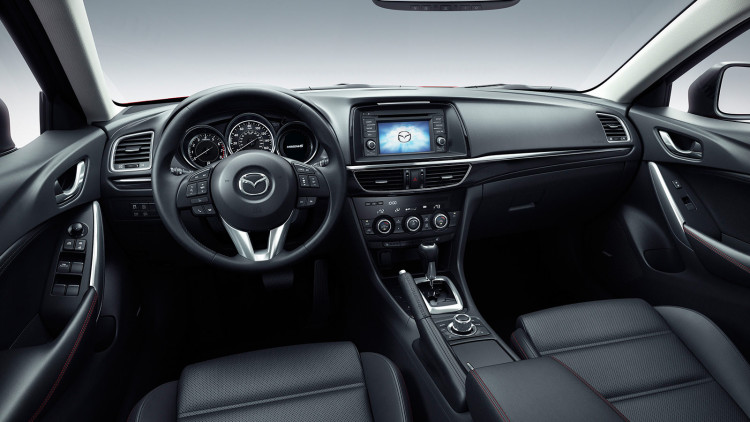 That’s back to back placings for the little Japanese company and it’s deserved. Mazda has been belting out some nice interiors lately and the 6 is the best of them. While the MX-5 got its placing for being spartan but not uncomfortable, the 6 gets its placing for being very comfortable and far more upscale than you’d think. As with all Mazda’s, the materials are top-notch for the segment and everything is perfectly laid out. The seats are great as are the ergonomics and the whole car just seems so well put together on the inside. It feels far better than any other midsize sedan.

Volkswagen’s second placing on the board gets top trumps. The new MKVII Golf’s interior is head and shoulders above anything in its price range and even some above it. It’s so brilliantly laid out and uses excellent materials. I’m not the only one to say so either, as other publications have been raving about it since day one. It really feels almost Mercedes-like on the inside. There’s simply not much more to say, other than the Golf’s interior is best of this bunch, and it’s not even that close.

So the C Class starts at $38,000, which is above budget, but for just $3,000 more, you get an absolutely fabulous interior. Easily one of the best on sale today and that isn’t an exaggeration. While technically not in the price range we were looking for, the C Class is so nice on the inside it’s worth mentioning.