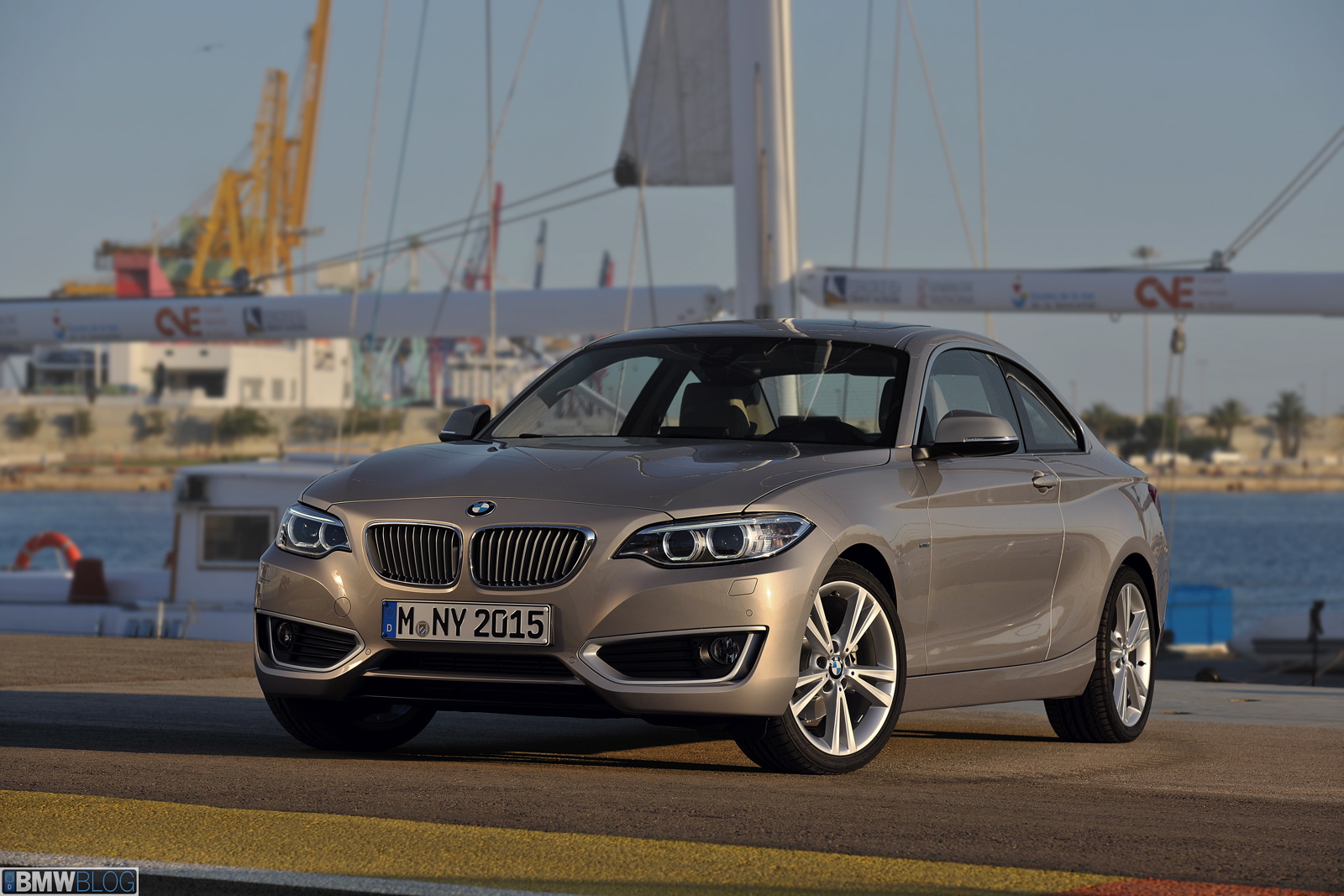 Yesterday I wrote a little article about the ten best looking cars on the market right now. There were some commenters who seemed unhappy about how expensive all the choices were. When I set out to pick the absolutely best looking cars, at least which are in my opinion, I wasn’t looking at price, just exteriors.

The fact that most of them could be sold to buy a house was purely coincidence and just a fact of life that most great looking cars are very expensive. Not all are, however, and that’s why I’m back. Today we’re going to look at the top ten best looking cars under $35,000.

The only real knock against the GTI’s looks is that it can be considered a bit too safe. However, the GTI brings an heir of subtlety to a class of car that is largely dominated by AWD, rally-bred, massive-winged boy racing cars. The GTI is the sophisticated European of the bunch and it shows in its styling. The GTI looks instantly familiar yet still manages to attract. It may not be the flashiest or most beautiful car in the world, but it does start life at under $25,000.

The new Mustang is probably the prettiest Mustang ever, aside from the original of course. It has a sense of true sports car DNA built into it. It looks angry and ready to attack, yet graceful as well. The new Mustang makes the old one look fat and lumpy, which is how you know Ford nailed the styling of this one. It looks like a proper sports car now, something the Mustang desperately needed.

While not the prettiest car ever, the Challenger has an old-school, badass look to it that no other car can match. Both the Mustang and Camaro tried going retro, but only the Challenger nailed it. It really does look imposing and mean, with that long hood, wide body and massive wheels, you just know it was made for straight-line speed. The Challenger doesn’t try to pose as a posh European sports car, but instead it embraces American Muscle, and you’ve got to love that.

The new ND model, not the previous NC. The new model looks fantastic. It almost has an Alfa Romeo look to it, which is ironic as Alfa will be basing its next convertible on the MX-5. The MX-5 was always a car that drove far better than it looked. A man couldn’t drive an MX-5 and feel manly. While many male car enthusiasts, including myself, love the MX-5 for what it is, we all know that it isn’t going to help boost masculinity. However, this new one, while not being utterly manly, looks far better than the smiling kitty face of its predecessor. Now it has an angry face, albeit a cute angry face because it is still a little Mazda. 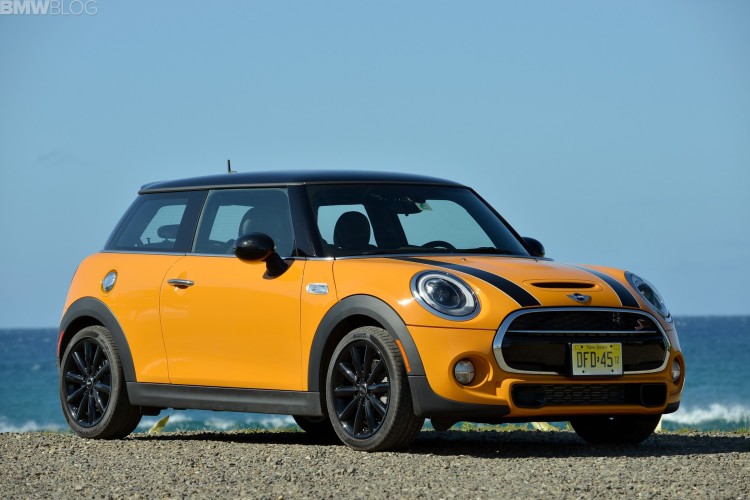 How can you not love a MINI? They’re just so much fun, and a lot of that has to do with the styling. They’re so small and happy looking. One look at its stubby hatchback body and you know the MINI was built for fun. With its short overhangs and kinda frowny face, the new MINI Cooper just has a lighthearted, sporty look. It also looks quite premium for such a little car. It doesn’t seem like it’s in the same price bracket with cars like the Toyota Camry, even though it’s cheaper to start. Great bang for your buck little car. 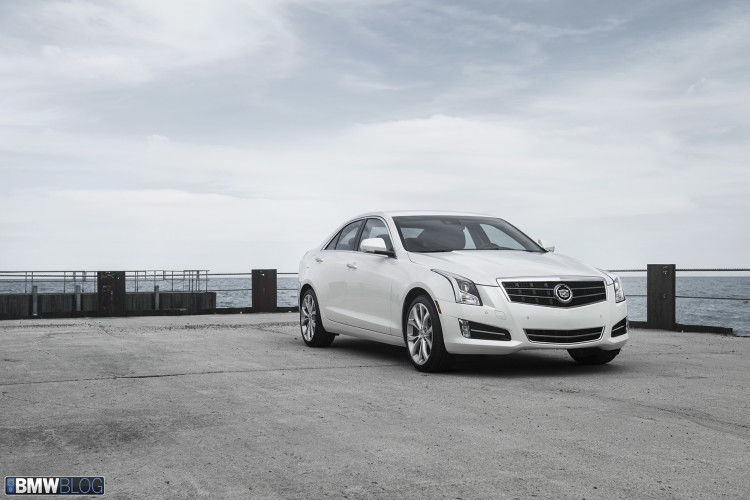 Another car which is a bit safe looking, but still manages to be attractive. The ATS look sporting yet still luxurious. It manages to give a sense of class, which is something Cadillac hasn’t had since…ever. If anyone wants to argue that, I point to the Catera, which gave every Cadillac, before and after it, a bad name. But the ATS seems to have righted that wrong and is one of the better expressions of Caddy’s Art and Science design language. It’s actually a Cadillac I’d consider owning.

The CLA is an extremely polarizing design; you either hate it or love it. I happen to be in the love it camp, mainly because it’s so different than anything else in class. Sure the rear end looks like its melting, but at least it has character. Not many cars in this price range can say that. The CLA has sharp, coupe-like looks that give it an upscale sporty look not found elsewhere in the segment. While the roofline might impede headroom, its a small price your passengers will have to pay for you to have such stylish wheels.

The lone SUV on the list makes it because of its timeless, square-jawed, classic American good looks. Nothing screams USA more than the Wrangler. It reminds me of the old Willy’s Jeep that served in the European theatre during WWII. That square body, massive wheel arches and go-anywhere looks give it such a utilitarian, workhorse look that is unmatched. Even people who don’t know cars know the Jeep Wrangler. The timeless good looks put it high on this board. 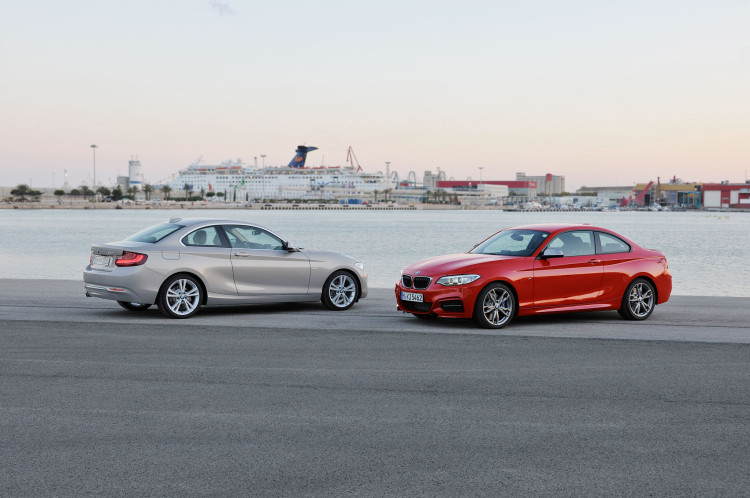 Now, I’m not just putting this at number one because this is BMWBLOG. The 2 Series is genuinely a fantastic looking car. BMW keeps making the connection between it and the original 2002 and I think the reason is because the 2 Series evokes that same sense of style. It’s a sporty car that still looks understated and classy. It’s aggressive yet subtle, sporty yet sophisticated. The reason I like the 2er so much is that it just nails the classic three-box coupe look while still having BMW’s modern design language. It’s one of the better looking BMWs in a long time and the car I’d choose over all others in the price range. Just like with the CLA, good luck finding one for under $35,000 but it does technically start at $32,000 and in my eyes is the best looker for that kind of money.