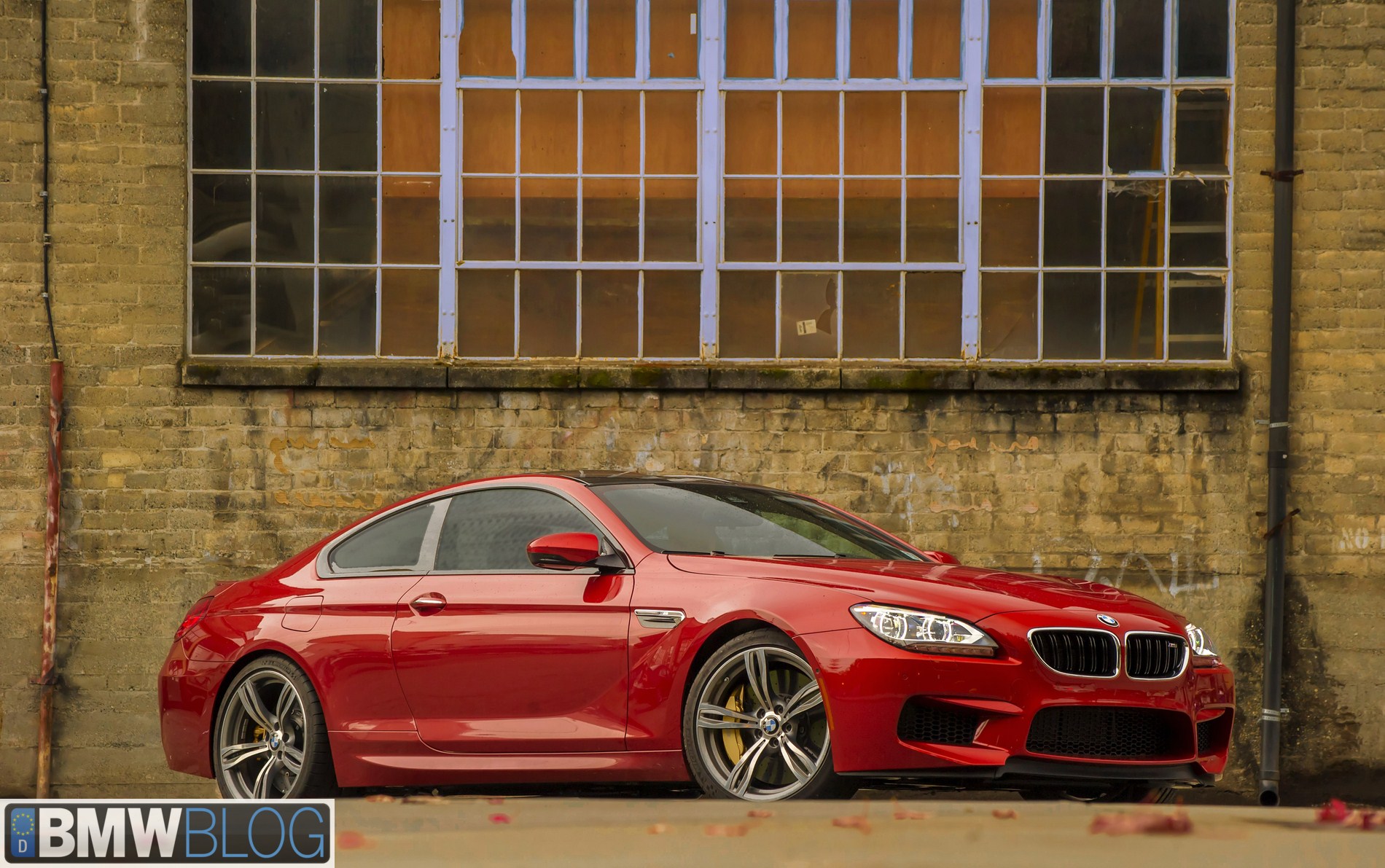 On the elevator, I’d made the choice – possibly forgo breakfast in the hope I can snag a cool car and with that I thumbed the L button instead of 2 and began to snake through the lobby of the Four Seasons Seattle toward the valet stand. Emerging into the cool September air I found myself in a sea of 2014 BMW models of nearly every shape and spec. A quick poll of the BMW North America staff confirmed the obvious – all 4 Series cars were spoken for as was one of the Competition Package-equipped M5s.

Glancing around, I was immediately struck by the my initial obliviousness – who has claimed the Sakhir Orange 2014 BMW M6 Competition Package? Nobody? Great news,  I thought, immediately hurling my camera gear into the front seat while simultaneously stealing the key in a sort of adult version of licking food before walking away from the table so nobody would dare claim it. 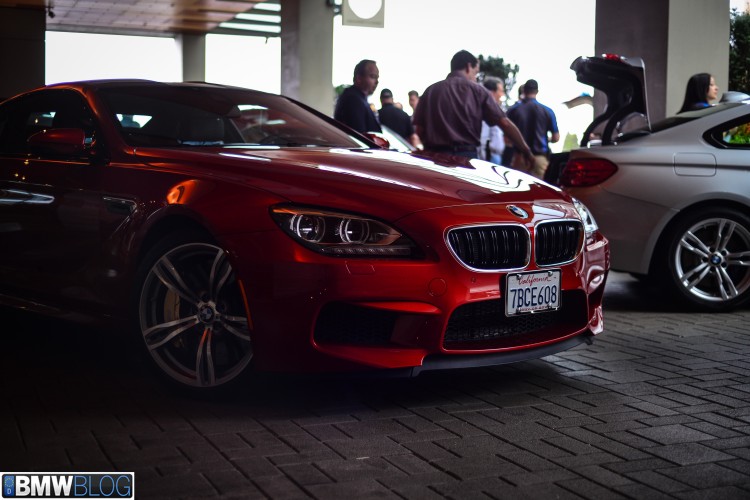 Arriving to breakfast upstairs my driving partner looked somewhat disappointed that I picked the fastest car available early on as it would set the bar too high, too soon. My enthusiasm would not be deterred regardless of the heavy Monday morning fog or traffic that beset our route North towards Vancouver.

Ensconced in the black Merino leather interior, I wrapped my hands around the  thick-rimmed steering wheel and squirmed my way down into the heavily bolstered seats. Juxtaposed to the seating position of the M5, the M6 provides a far more cockpit-esque vibe with your hips sitting deeper within the chassis and slotted much lower behind the wheel, making me, at 6’4, feel like a kid hopping into a car and trying to peak over the top of the wheel to look down long bonnet. 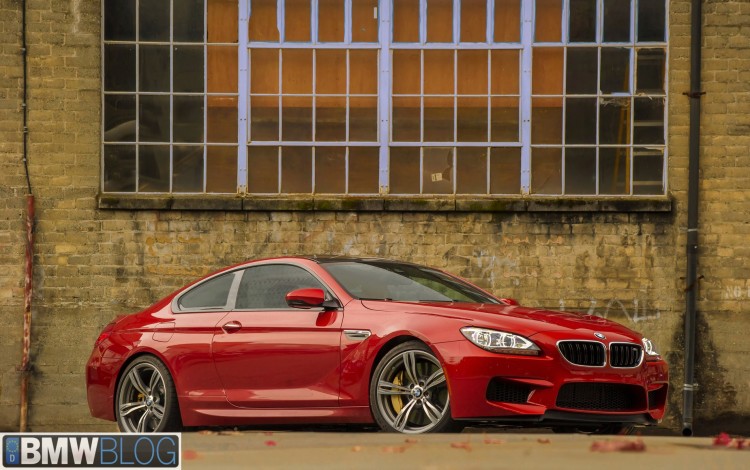 Slipping the DCT gearbox into manual mode, the big coupe slinked its way out of the overhang of the valet stand and we led the pack of gleaming BMWs into downtown Seattle to brave traffic with the hope of open roads ahead. Muscling through stop-n-go traffic, we eventually hit a few open expanses of asphalt on I5 North where the fog and traffic lifted I could let the S63Tu do its thing and perhaps see if there was a noticeable difference from ticking the $7,300 Competition Package option and the 15HP boost it affords over the stock 560HP. To be honest, the 15HP boost is a bit silly and perhaps it is wasted on me but my butt-o-meter didn’t notice much of a difference. 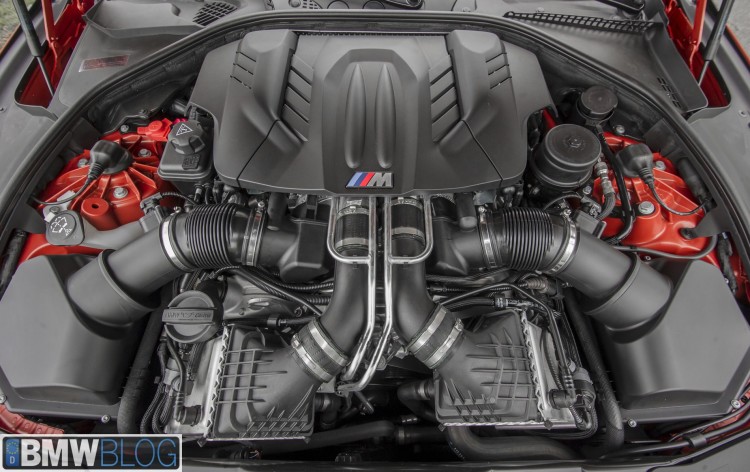 That said, the above statement certainly doesn’t belie the sheer power of the S63Tu. The engine is an absolute monster and a clear reason why the M6 could deservedly be called a continent crusher. In any gear, at most any speed, the 4.4L TwinPower V8 pulls and pulls and pulls until you think the engine mounts will more likely let go before the motor runs out of steam. Burbling along the foggy, snaking confines of I5’s relatively low 60MPH speed limit, the S63Tu was a dangerous proposition as I found myself quickly becoming accustomed to the idea that with a few flicks of the left paddle to drop gears and a Michael Flatley-esque right foot I would surge down the road followed my mixed feelings of joy and fear of an enterprising highway patrolman. 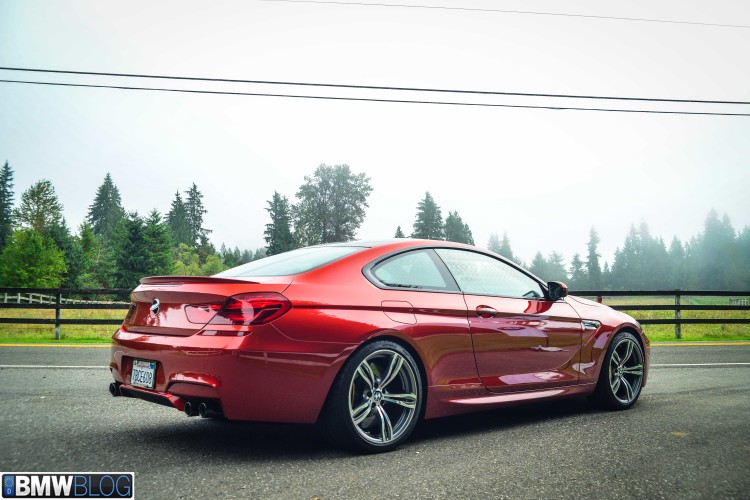 Peeling off the highway and onto back roads we made good use of the optional M Carbon Ceramic brakes which had good overall feel but seemed to need a few heavy braking applications to loosen up. Once warmed a bit, the ceramic discs feel confidence-inspiring but in my limited use and not necessarily scrubbing off major speed, I would personally have a hard time ponying up the $9,250 when equipping my own M6. That said, the shelf life of the ceramic brakes is reportedly equivalent to the life of the car meaning that the first owners could potentially never need to worry about brake changes. This is a go-to option for anyone planning to show their M6 some track time but that’s likely a very small segment of M6 buyers.

So, aside from the cosmetics of black optics on the tailpipes and the optional 20 inch Style 343M wheels, you could say I was nonplussed by the Competition Package. That was until we were able to test the car on the circuitous state roads of the Pacific Northwest.

The Comp Package option may be somewhat overpriced when you look at only the 15HP and just the cosmetics(yes I know they fettled with the exhaust too) but M GmbH also played with the suspension, steering rack and M Active Differential. This is where the Comp Package really shines and the $7,300 option makes far more sense.

Under load, the whole of the M6 feels terrific – especially through the massive three-spoke wheel at your finger tips. Overall, the big coupe gives a strong sense of communication with the road, providing tactile feedback that has felt somewhat absent in some recent offerings from BMW thanks to the growing use of electric steering. The M6 Competition Package is quite engaging to pilot and with the revised, stiffened suspension coupled with the driving position deep within the chassis the driver never needs to worry about knowing exactly where the car sits on the black top. Despite its girth and overall wide stance, the M6 feels agile in the corners and thanks to the excellent pairing of the more direct steering rack and revised M differential, we found it easy to dispatch the bends with cold, teutonic efficiency. 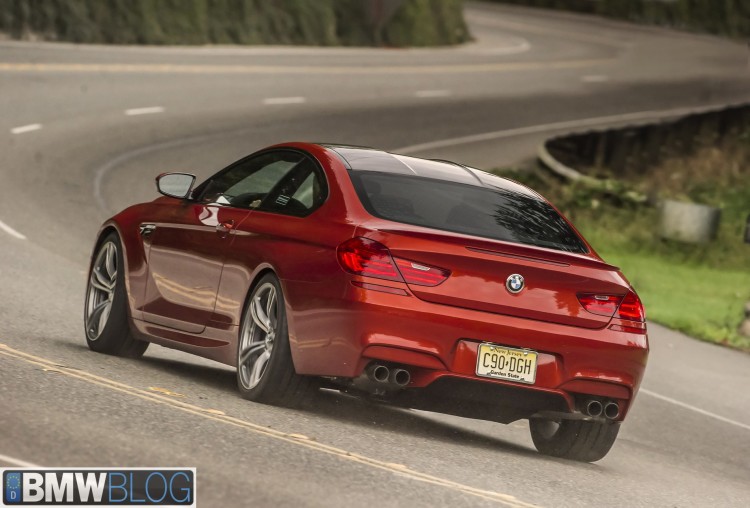 My brief seat time with the M6 Competition Package reminded me of what makes M cars special within the BMW fold. They’re BMW at its best combining speed, handling and luxury into a cohesive package. Though my time with the M6 Comp Package was short I have to say its a massive improvement over the bulky, nose heavy feel of the now-gone E63 M6 with its massive V10 upfront. Interestingly, the M6 Competition Package is a near perfect blend of BMW’s numerous markets – it’s comfortable, stylish(perhaps Sakhir Orange is a bit garish for my taste!) and blindingly fast. The M6 feels like it is always up to the task of whisking its occupants from coast to coast – best of all, if you’re feeling a more relaxed pace the 21 gallon tank and relatively impressive fuel economy gives you a range of nearly 500 miles. 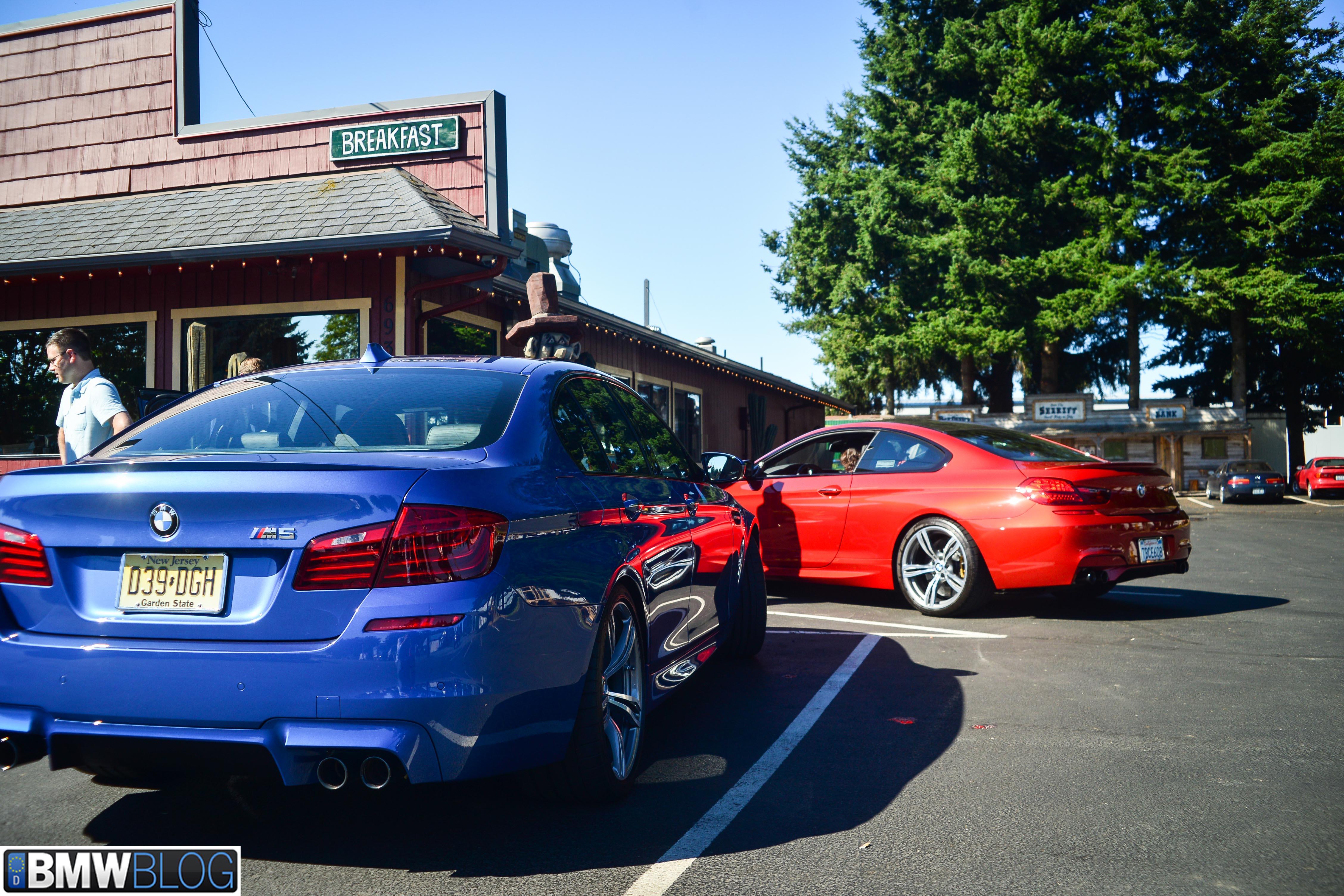 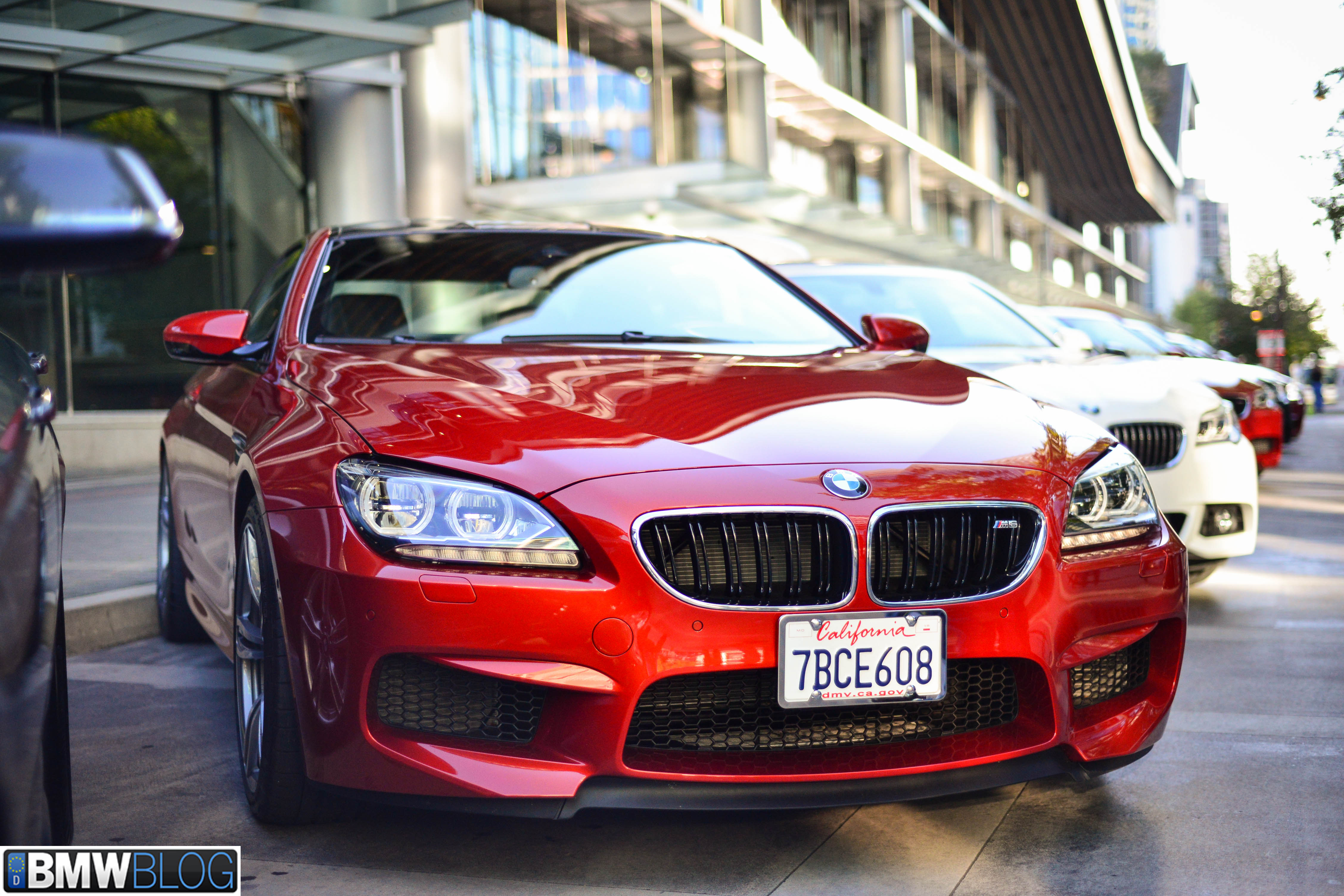 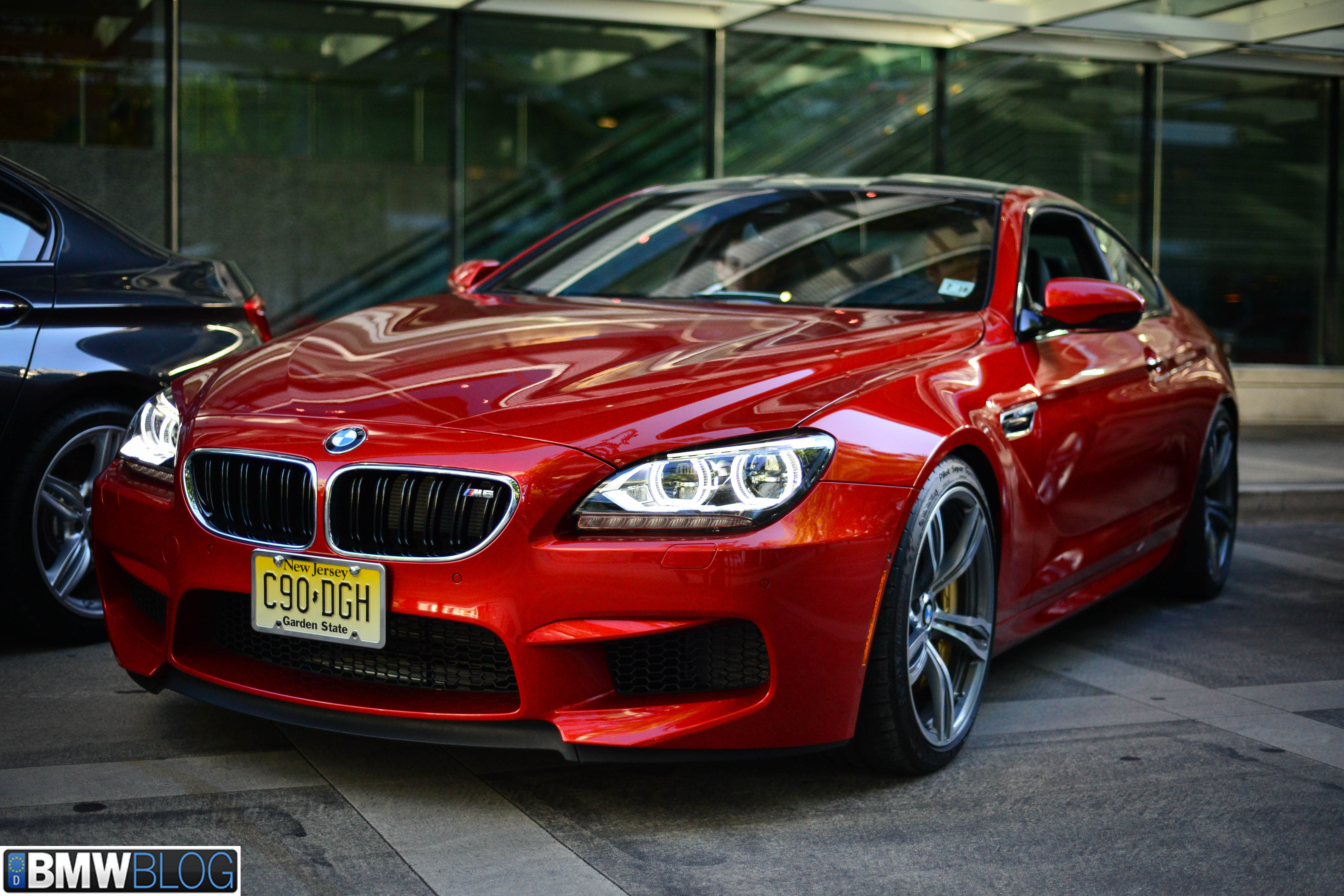 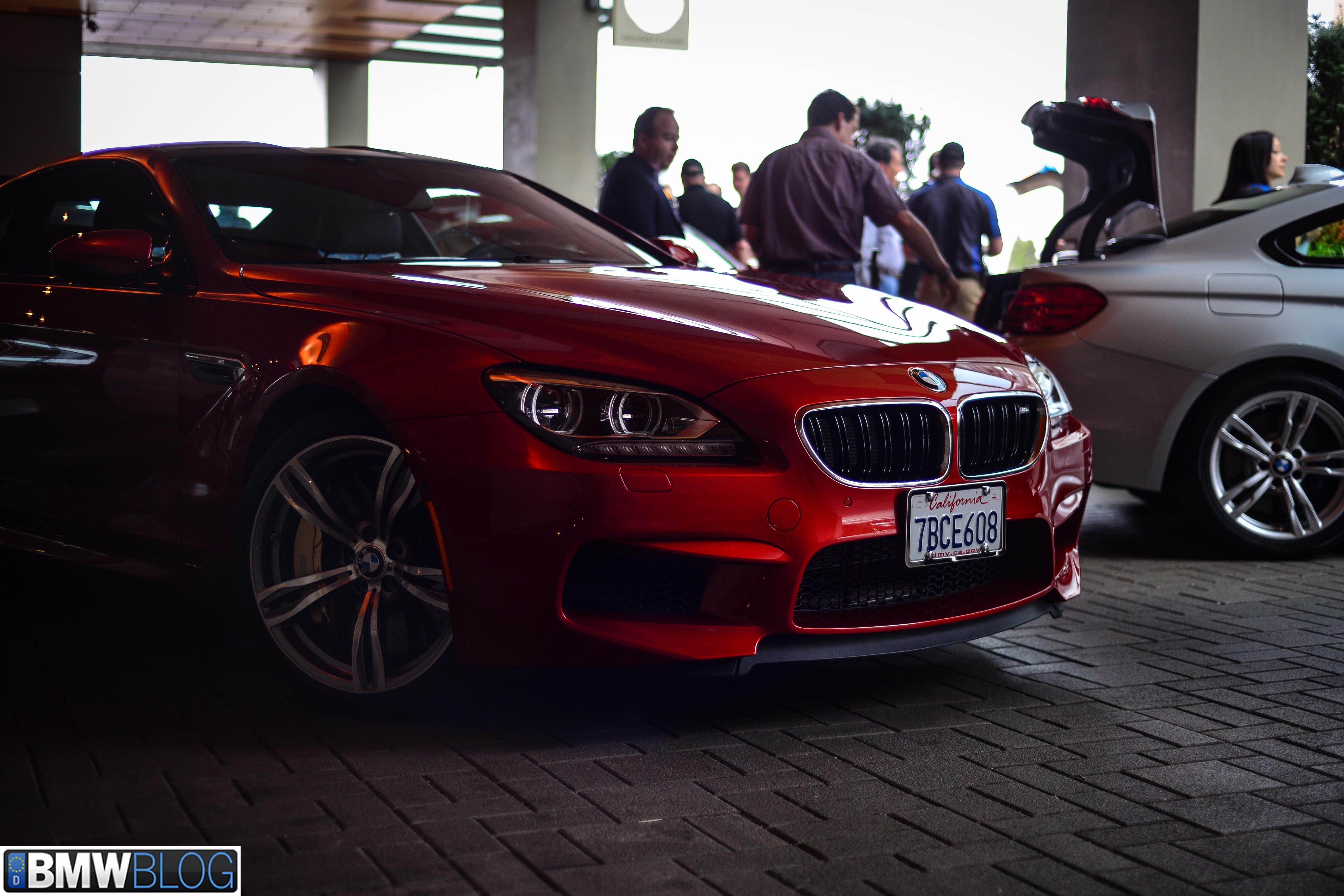 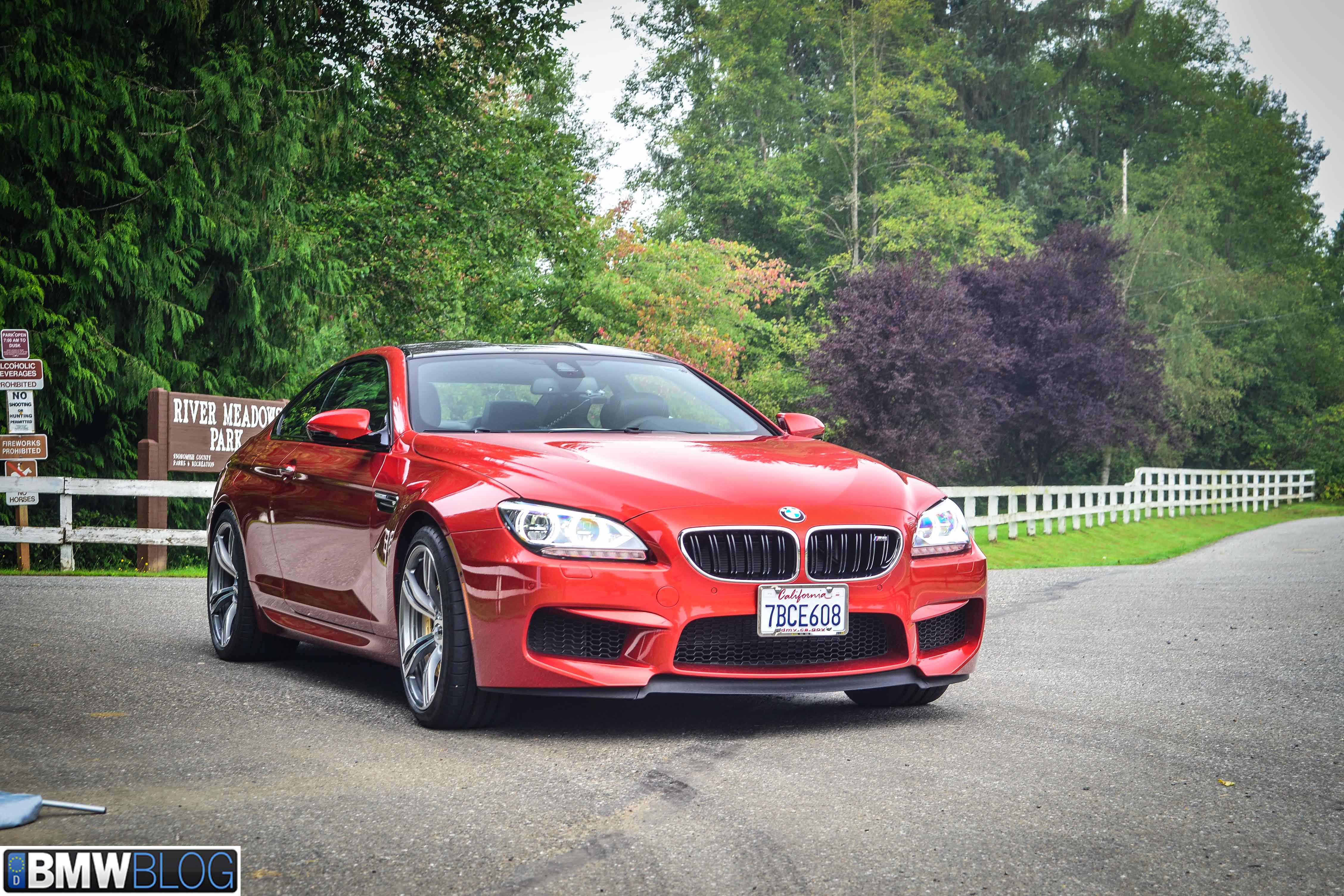