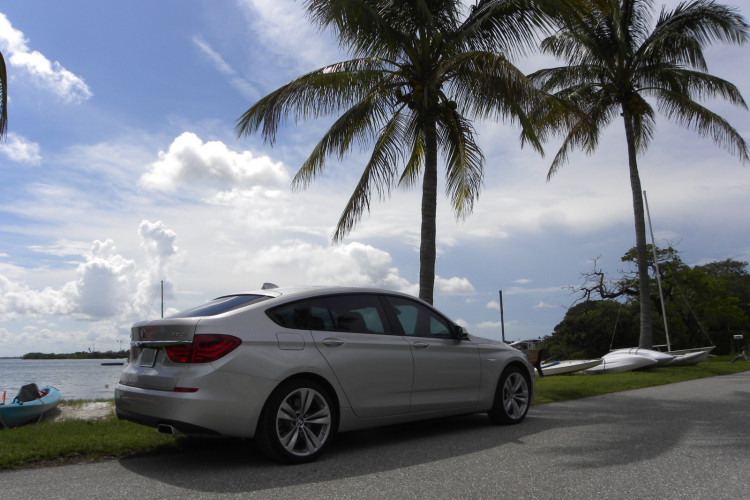 I took delivery of my BMW 550i GT in February 2010. I was attracted to the 5 Series GT’s long wheelbase, cargo versatility, and its great sports sedan driving feel. I also liked its new shape, it was something completely new for the 5 Series.

I’ve had a few compliments on the looks of my car, but opinions of the 5GT’s design have been mixed from the day it premiered. So during the time I’ve owned the 550i GT I’ve been trying to think of a way to better describe its crossover design. When it premiered it was instantly compared by some to the Mercedes-Benz CLS, but it was never meant to compete with the CLS. In fact the 5GT really has no direct competition, there really isn’t anything like it. So in my opinion, it’s a hatchback based on a long wheelbase 5 Series. Forget the word coupe, its coupe like roofline was only ever meant to contribute to the overall look. BMW didn’t design the 5GT to be a sleek four-door coupe. 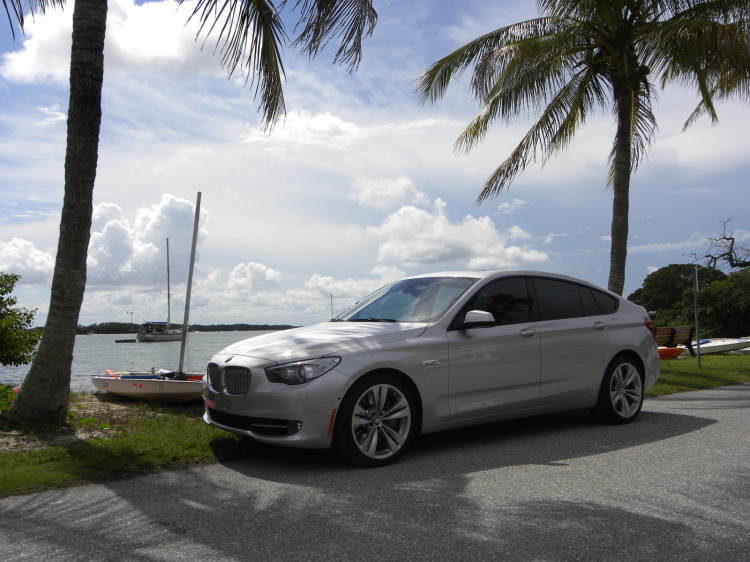 The 5 Series Gran Turismo’s best feature is its interior and cargo versatility. The interior is spacious while the long wheelbase gives the 5GT the feel of a 7 Series. Every passenger essentially gets their own comfortable space.

My 550i GT came equipped with 4-zone air conditioning and heated seats in both the front and rear. So every passenger has ample leg room and the ability to control their own comfort settings. The rear seats are manually adjustable, but this feature hasn’t gotten any use really. 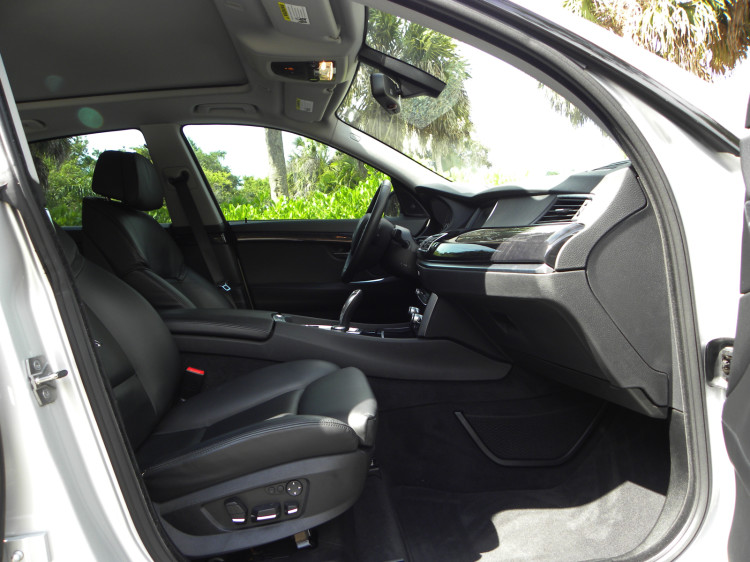 The 5GT is also a utility vehicle, its trunk is larger and taller than you’ll find in most sports sedans. The parcel shelf or trunk cover, as BMW calls it, is easily removed and stowed in a compartment under the trunk floor. There is a partition between the rear seats and trunk area, sometimes just releasing the partition and gaining a few extra inches has made just enough space to avoid folding the rear seats down.

I’ve put quite a lot of cargo in this car, with the partition and adjustable rear passenger seats the cargo carrying capabilities in the 550i GT are almost endlessly customizable. And having a coupe-like roofline has never been an issue, I’ve had furniture, trees, luggage and moving boxes in my 5GT. 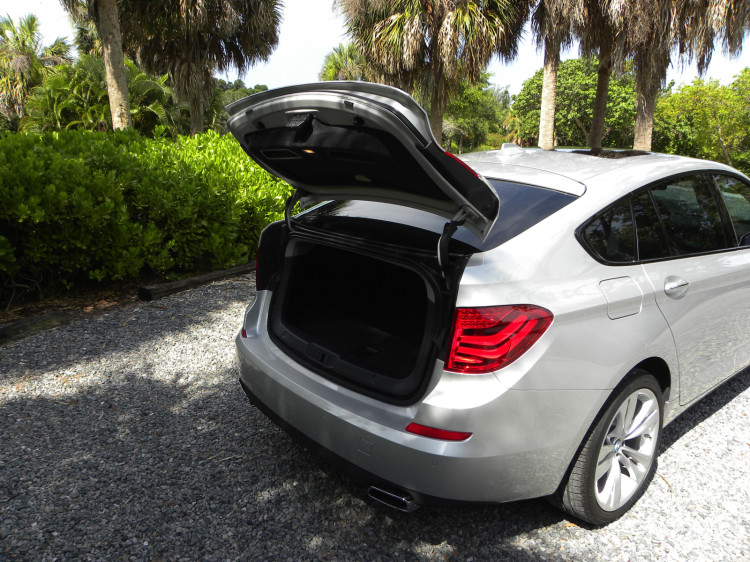 My only dislike is the air diffuser that deploys when you open the panoramic sunroof. The majority of its surface area is made up of a mesh material, at speed the wind buffeting is annoying, though it can be cured by either opening one rear window just two to three inches or opening the windows to whatever level you’d like.

My service experience has been generally good with two issues that took them a few trips to fix. One recurring issue was related to the audio where everything from the radio to the Park Distance Control wouldn’t make a sound. The other was a vibration that would occur while sitting at stop lights. But everything was covered under the warranty and BMW’s zero maintenance plan. With the zero maintenance plan it made it easier to just drop off the car, get the service done and pick it up. Overall I’d say I’ve had an average experience. 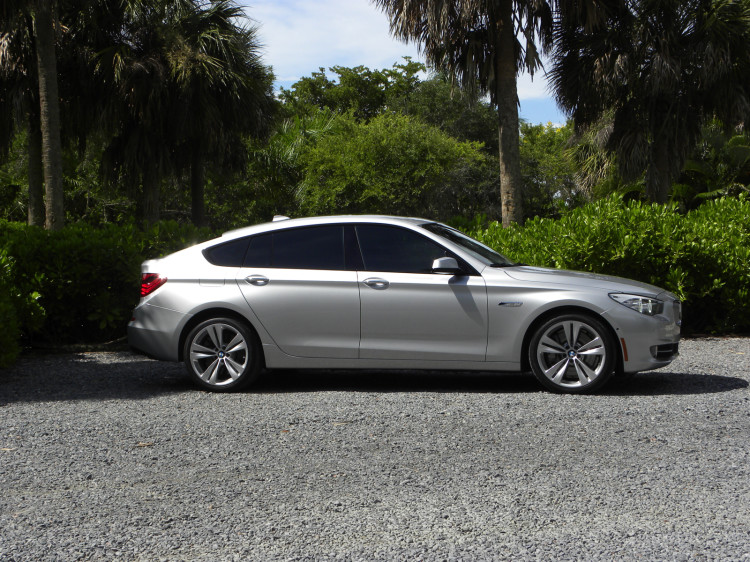 One feature I’d like to report on is Comfort Access. I was a bit nervous with it at first because the key doesn’t have a place to pop it in to keep the battery charged. BMW does have two backup features, a metal key so you can enter the car and a key symbol on the steering column that you can hold a dead key to and start the car. It’s a great feature, you never have to take the key out of your pocket.

I’ve found Comfort Access with its keyless entry 100% reliable, none of the features ever failed to work. And the key battery, it did finally need replacing after four years. I got a warning in my instrument cluster to replace the battery, I had looked up how to replace the battery in my owner’s manual when I bought the car just to be sure I could do it if I had to. I opened the battery door, snapped a picture with my phone, I found the battery at the grocery store and simply popped the new one in. 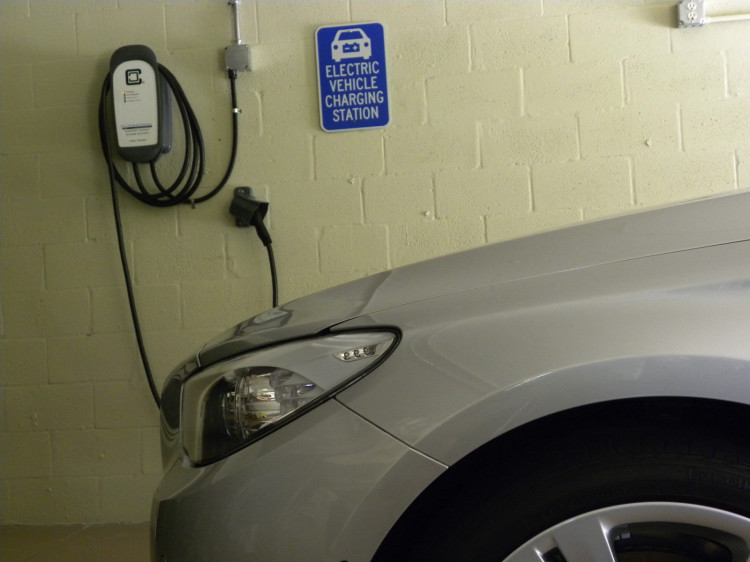 At the moment I am still awaiting my BMW i3 and trying to figure out what the future of my 5GT is. I’m thinking of trading it towards a secondary car as I’m sure my i3 will become my daily driver. I’ve got a long list (mostly convertibles), but I’ve grown quite attached to my 550i GT.

It’s been a great traveling companion, a sports car, a premium luxury sedan and SUV all rolled into one car.