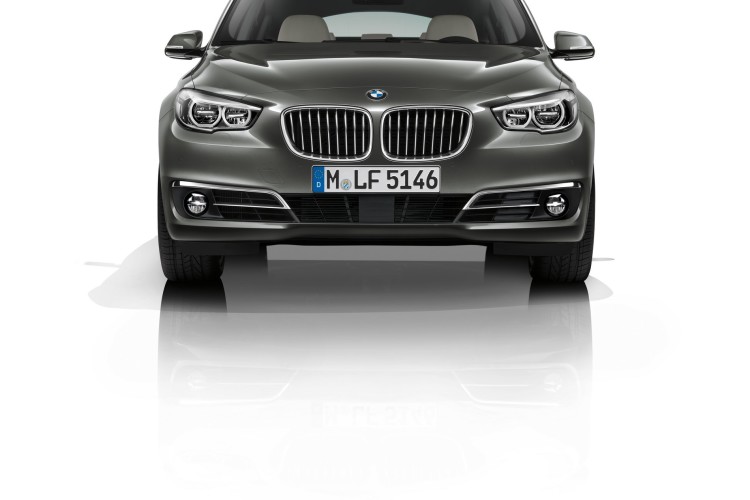 A new air intake highlights the powerful presence of the BMW 5 Series Gran Turismo’s front end. The tailgate, meanwhile, has been extended rearwards and gives the roofline’s transition into the rear an even more harmonious appearance. All of which allows the car as a whole to cut a lower- slung and dynamically stretched figure. These sharpened contours have also had a positive effect on the boot capacity of the new BMW 5 Series Gran Turismo, which has been increased by 60 litres to 500 litres. 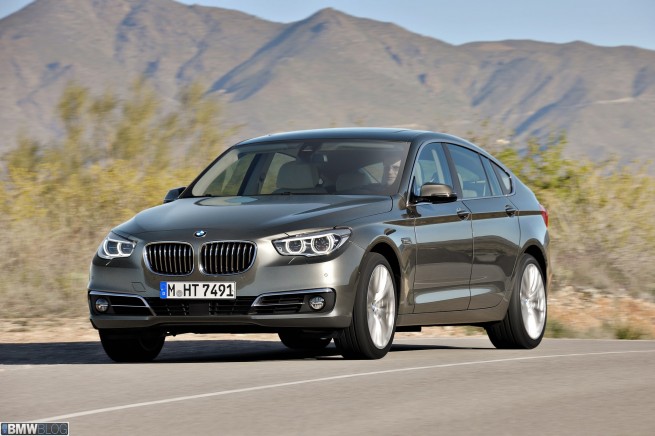 Horizontally structured and three-dimensional surfaces play a defining role in the new look of the rear end. Vibrant light and shade effects around the licence plate mount, a dynamically sweeping crease extending into the flanks and a chrome trim strip in the rear apron give the tail end a lighter and sportier feel. This impression is reinforced by the new outline of the two-section rear lights. Their horizontal layout is accentuated internally by a light design distilled into two LED light strips.

Interior: each model variant offers its own take on long-distance comfort, variability and a luxurious ambience.

New details inside all the cars in the new BMW 5 Series provide a refined premium impression and increased functionality. In all models the Control Display of the standard iDrive operating system is now bordered on both sides by high-quality chrome trim strips. And the storage compartments and cup holders in the centre console of the Sedan and Touring now have increased capacity.

Generous levels of space, exquisite materials and high-quality workmanship all contribute to the premium ambience characteristic of the BMW 5 Series model family, as do exclusive interior design details like the standard iDrive and the black-panel technology of the instrument cluster and automatic climate control system’s display. 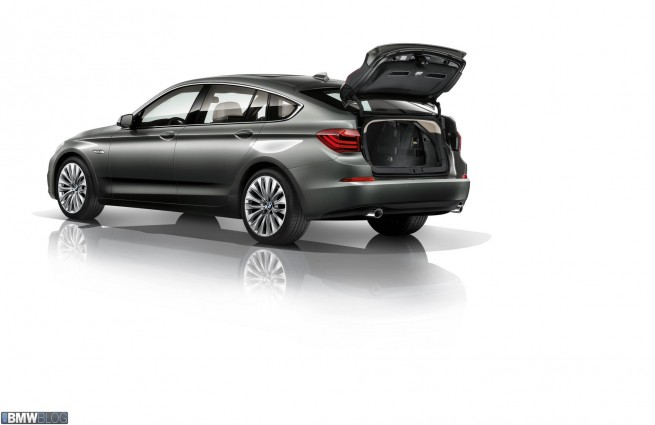 The iDrive Controller can be ordered as an option with a touch-sensitive surface allowing character recognition. For example, a destination can be programmed into the navigation system by spelling out the desired address using finger movements on the Controller’s surface. The existing “Speller” in the Control Display can also be used to this end, and the driver can alternate freely between the two operating methods while entering a command.

Another option unique in this segment is the multifunction instrument display designed to enhance driving pleasure. This 10.25-inch TFT cockpit screen takes its cues from the Driving Experience Control mode selected. Varying graphics and colour schemes ensure clear differentiation. In COMFORT mode the instrument display depicts a classical combination of four circular instruments. A magnifying glass function highlights the car’s current speed and revs. In ECO PRO mode the rev counter morphs into an EfficientDynamics display, which indicates how efficiently you are driving. In SPORT mode the speedometer shows the car’s speed digitally in the form of a large central figure, while the gear currently engaged is displayed in the centre of the rev counter.

The BMW 5 Series Gran Turismo offers an unmatched blend of luxurious long- distance comfort and versatility, fusing the imposing elegance of a Sedan with the variable-usage interior of a Touring model and the versatility of a Sports Activity Vehicle. Its seating position – slightly raised to a height somewhere between that offered by a sedan and an SAV – allows particularly comfortable entry and exit. Rear passengers can enjoy legroom and headroom normally the preserve of luxury cars. The rear seats slide forward by 73 millimetres and the angle of their backrests can be adjusted through 33 degrees. When released from its locked position, the partition behind the rear seats follows the longitudinal movements of the seats, allowing boot capacity to grow from 500 to 650 litres. The partition and rear seat backrests can be split 40 : 20 : 40. Folding down all the elements and moving the rear seats all the way forward allows the Gran Turismo to reveal its maximum 1,750 litres of load capacity. To load items into the boot, one can either open the full, high-opening tailgate or a separate boot lid below the rear window. Similarly to a sedan, this smaller opening allows access to the load area without disturbing rear seat passengers.

Automatic tailgate operation comes as standard on the BMW 5 Series Touring and BMW 5 Series Gran Turismo and is also available as an option for the BMW 5 Series Sedan. The function of the optional Comfort Access system that allows the tailgate to be opened hands-free has been extended – for all members of the new BMW 5 Series model family – to include a closing mechanism, which means that a movement of the foot under the rear apron can now be used to prompt the tailgate to close as well as open. After unloading items from the boot, customers can therefore also close the tailgate without having to put down the items they’re holding. 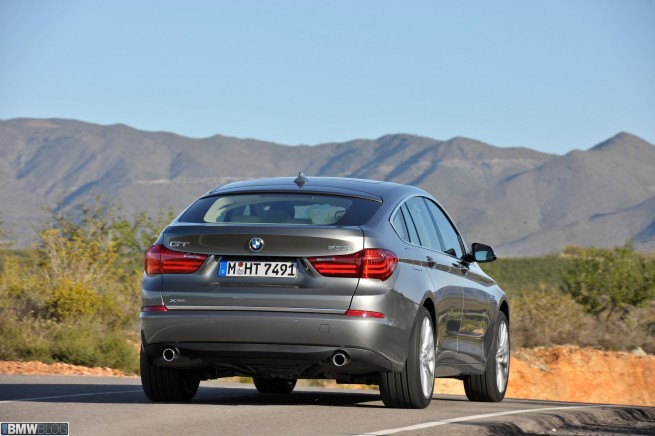 BMW 5 Series customers can choose from a wide selection of exterior paint colours. New additions to the range – and available for all models – are Calisto Grey metallic, Jatoba metallic, Mineral White metallic and Glacier Silver metallic. New variants have also been added to the line-up of optional light- alloy wheels.

The BMW Luxury Line exudes a high level of elegance and exclusiveness thanks to a carefully assembled selection of further particularly high-class features for the exterior and interior. The chrome finish of the trim bars in the outer sections of the lower air intake, the fronts of the black kidney grille slats, the window recess finishers, the trim strip in the rear apron and the exhaust tailpipe embellishers all add gleaming touches. Leather upholstery with exclusive stitching, a black sports leather steering wheel and interior trim strips in exquisite Fineline anthracite wood create a particularly refined interior ambience.

All variants of the new BMW 5 Series can also be ordered with a model- specific M Sport package, further increasing the scope for individualisation.