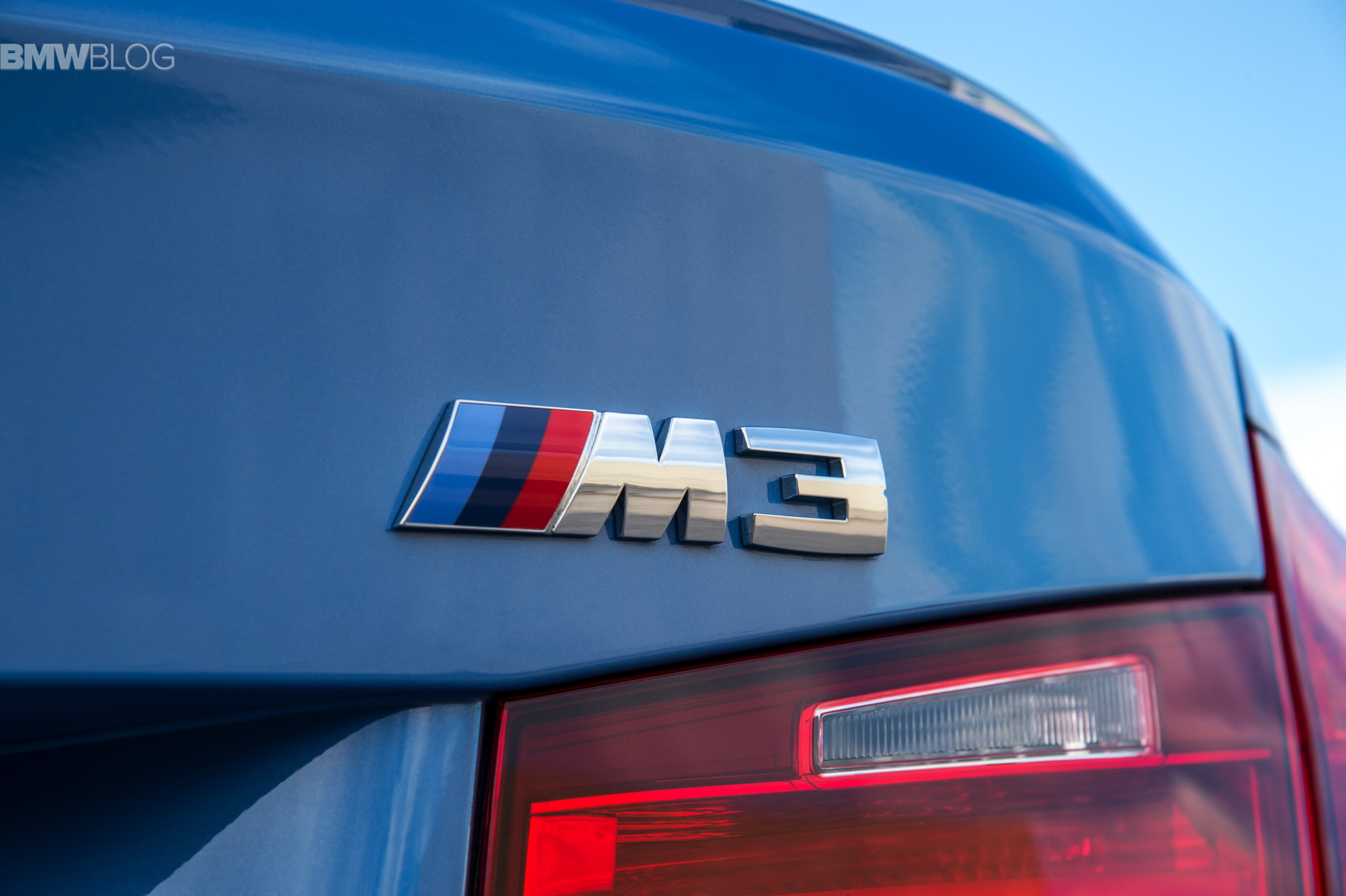 In this video you can see the first BMW M3 F80 in Yas Marina Blue on the road in the Netherlands! We can also hear the engine start-up and revving. 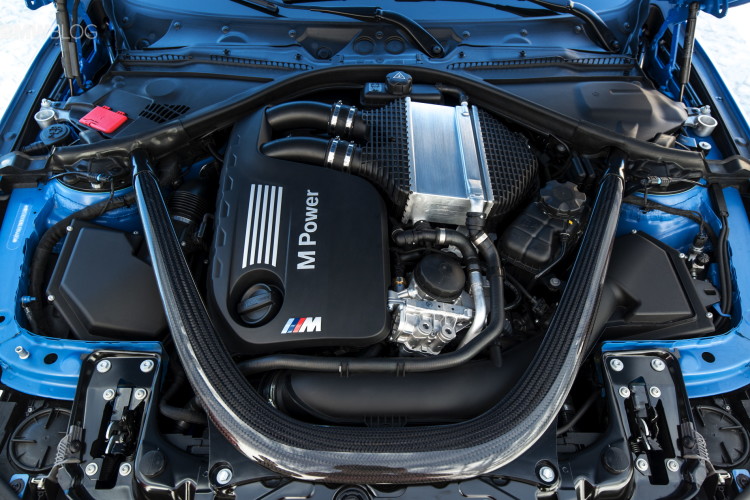 The S55 is set to deliver 430 HP and 406 lb-ft of torque. To ensure that nothing untoward happens on the bottom end the S55 employs a forged steel crankshaft. The torque developed by the S55 is fully available from 1,850 to 5,500 RPM which leads one to believe that the turbos selected for use on the S55 are slightly larger than the ones employed on the N54 motor of yore.

The acoustic properties of a turbo engine represented a great challenge to sound designers.

The turbo charger’s paddle wheels that are located in the air intake and exhaust tracts are effectively a barrier that blocks off intake and combustion noise.

As a result, the airborne noise transmitted from the intake is virtually eliminated. And this is immediately noticeable in the interior of the vehicle. Only the relatively weak structure-borne sound transmission remains intact.

The situation is similar on the exhaust side: all combustion gases that flow through the exhaust turbine are subjected to extremely high acoustic damping. Only those exhaust gas flows that are not needed for the turbo charger and which pass through the waste gate past the charger produce a combustion sound that can be utilized.