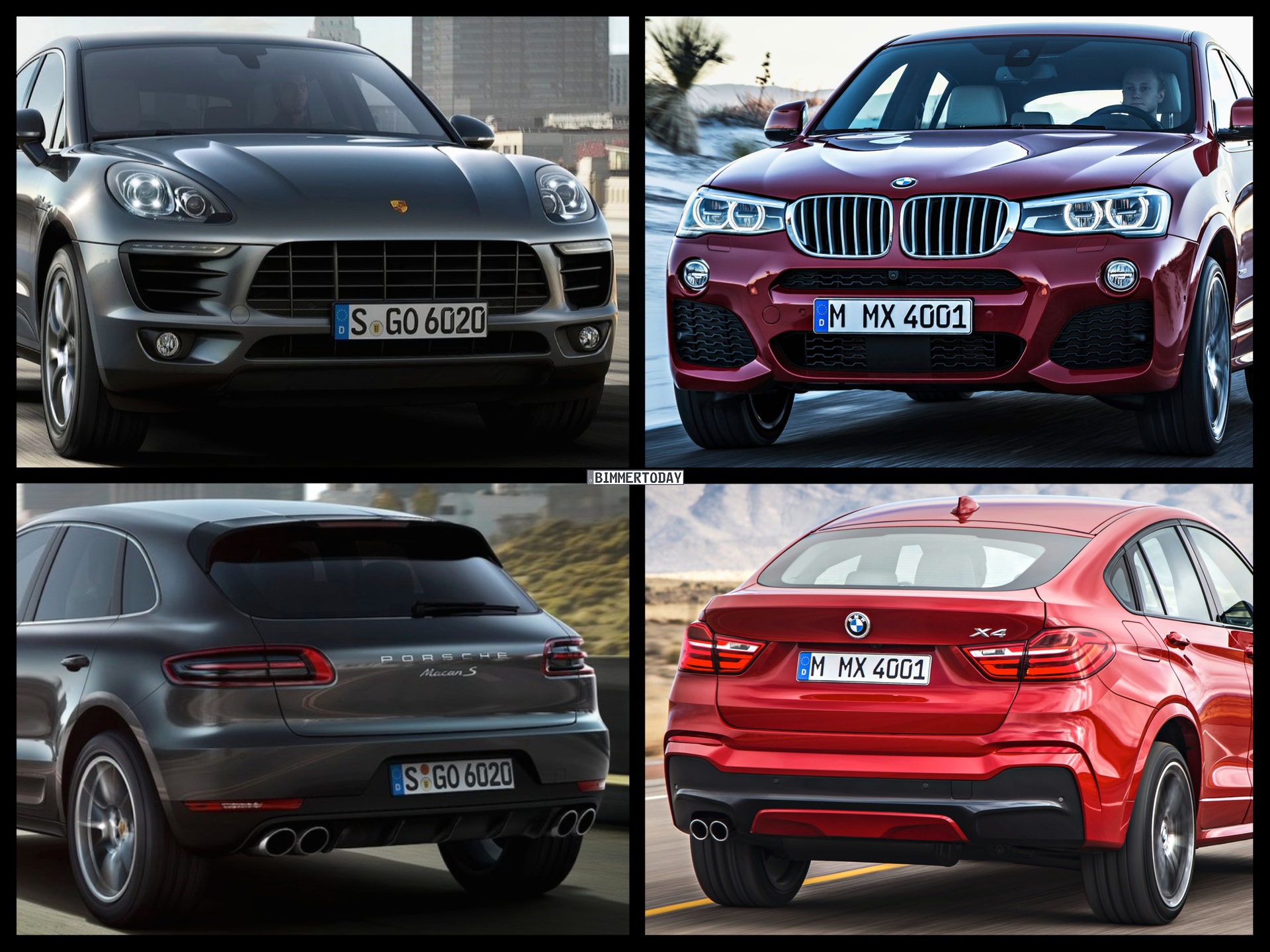 With the launch of the new BMW X4, we put together a photo comparison against the also new Porsche Macan.

The new BMW X4 offers the premium mid-size segment its first taste of the Sports Activity Coupe concept. The vehicle is based on the same underpinnings as the X3, just as the larger X6 shares its underpinnings with the X5. Derived from the Indonesian word for Tiger, Porsche Macan promises to combine sport car characteristics with the benefits of a sport-ute. 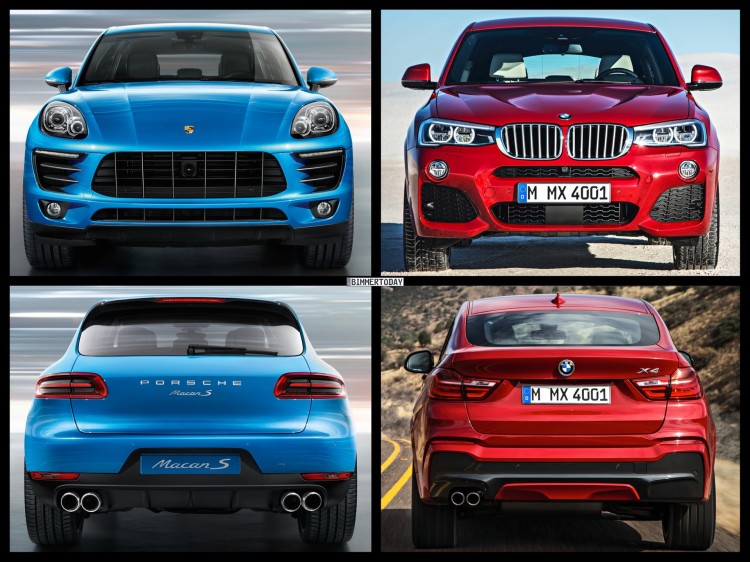 At launch time, the BMW X4 will be offered in the following variants: xDrive20d, xDrive30d, xDrive35d, xDrive20i, xDrive28i and xDrive35i.