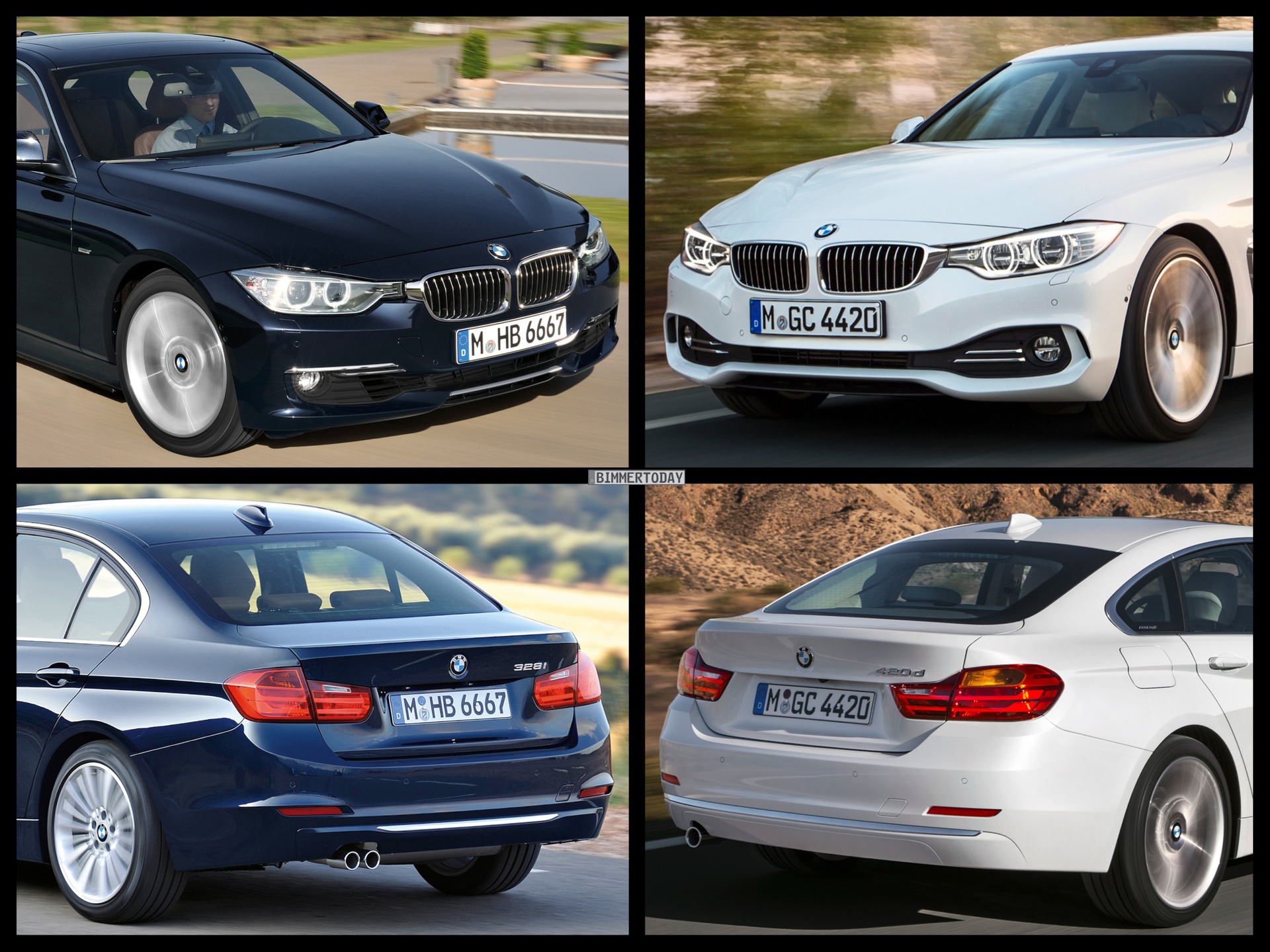 Following the design language of the F32 4 Series Coupe, the front-end of the Gran Coupe can be clearly differentiated from the the F30 sedan, with a more dynamic and aggressive look. Striking is the somewhat flatter sloping roofline of the BMW Gran Coupe which makes for a shorter trunk lid. The four-door 4 Series strikes a balance between a classic notchback and the BMW 3 Series GT hatchback. The four frameless doors give the Gran Coupe a more elegant appearance and emits a significantly more exclusive look than the usual 3-doors. 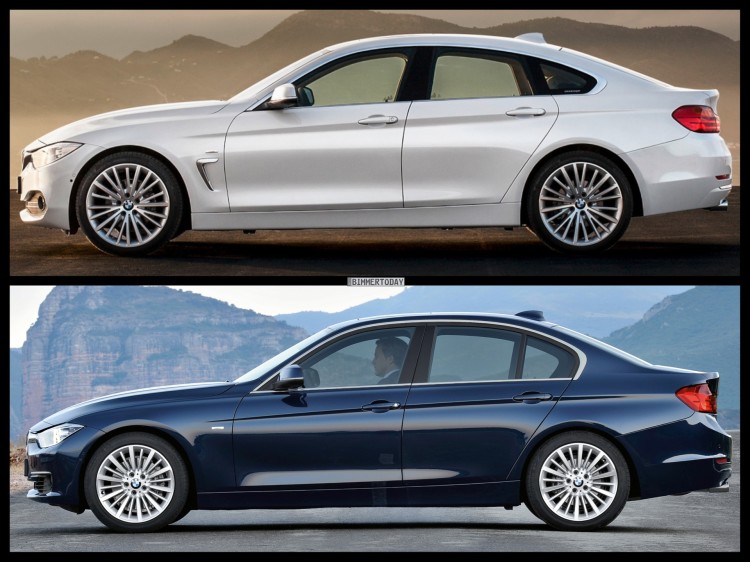 With its tailgate, the BMW Gran Coupe offers slightly more accessible luggage space, but the same 480 liters of luggage volume. Inside, the 3 Series Sedan is barely roomier than the 4 Series Gran Coupe,in the millimeter range, and in most cases it is likely hardly noticeable.


Due to its more exclusive look, the 4 Gran Coupe will require an extra charge over the F30 sedan.

Because the F36 brings up the scale, depending on the engine, up to 90 kilograms more than the F30, the performance and fuel consumption values are slightly worse. The F30 320d with two transmission variants report under 120 gram/km CO2, the 420d Gran Coupe is 124 g/km CO2. Only the weaker F36 418d gives a better value, 119 grams per kilometer.

As always, BMWBLOG brings you the first direct photo comparison, and let us know which one of the two models would you buy and why. 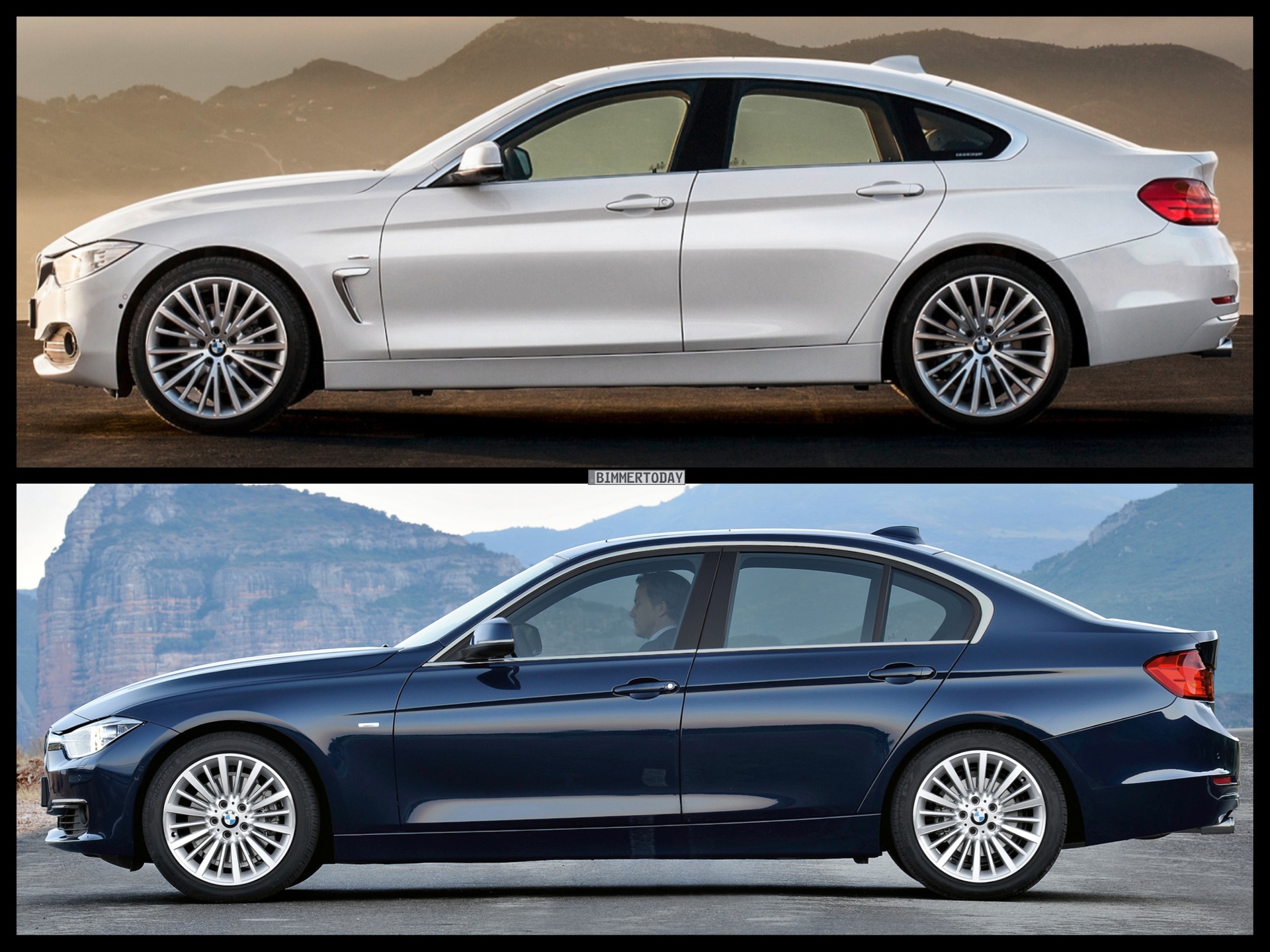 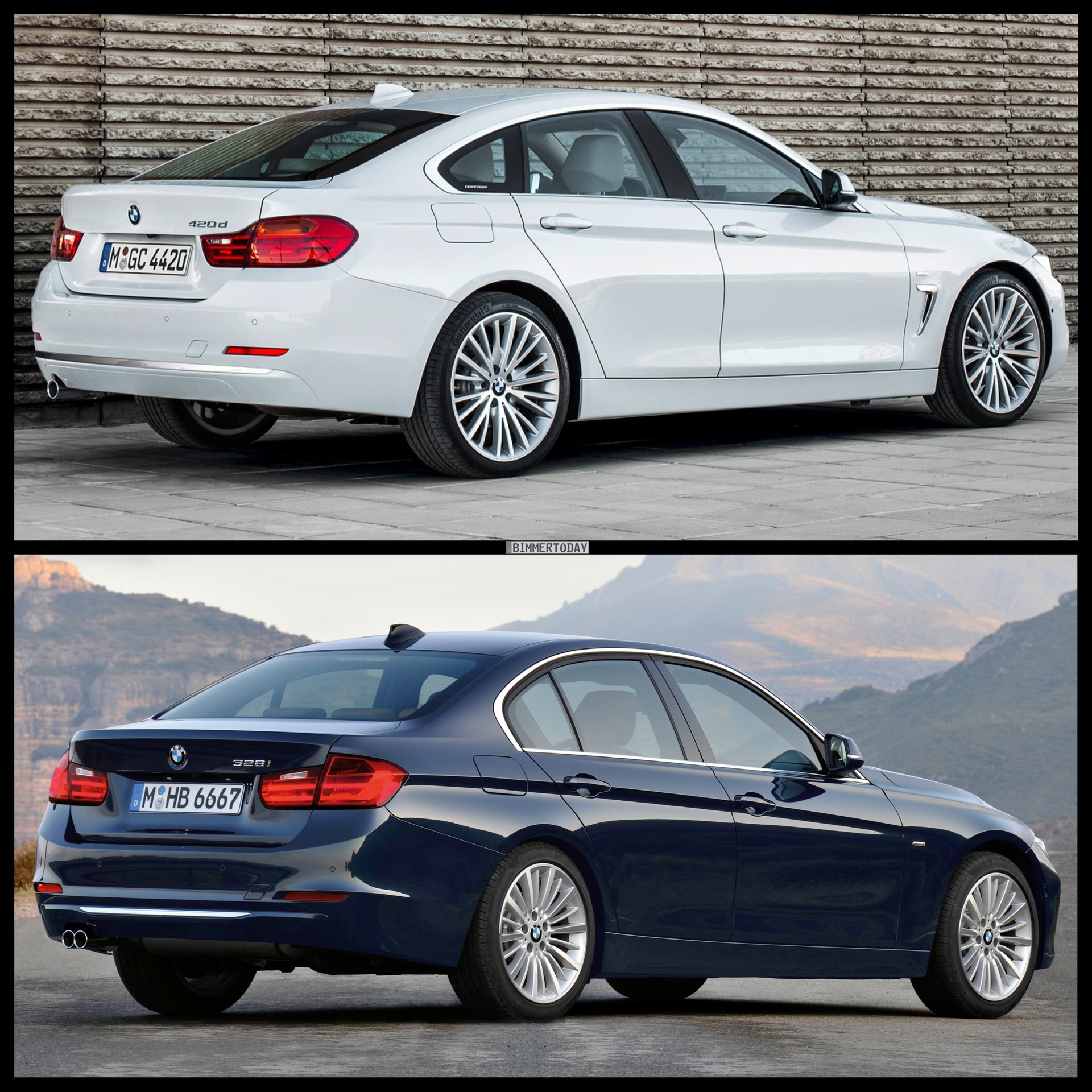 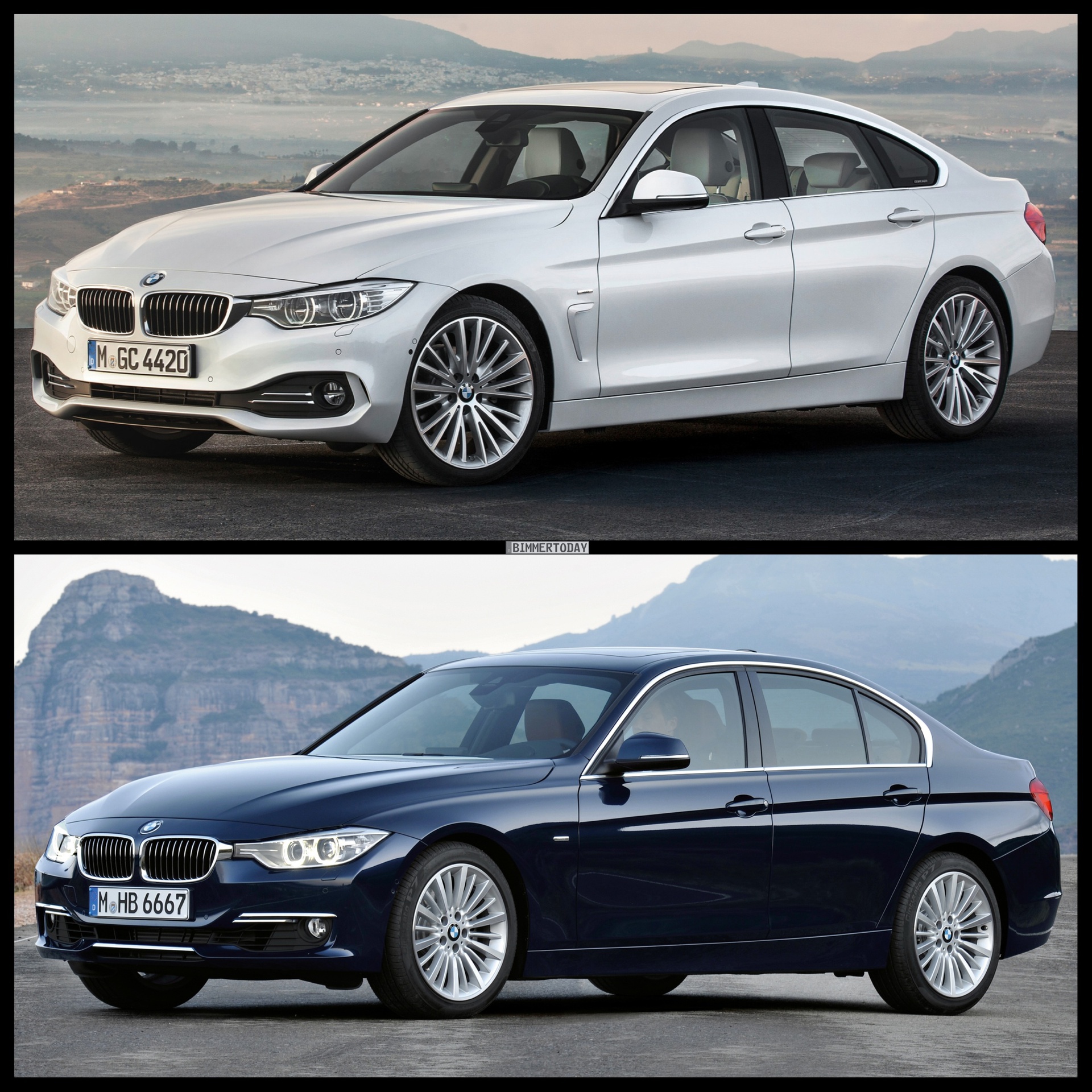