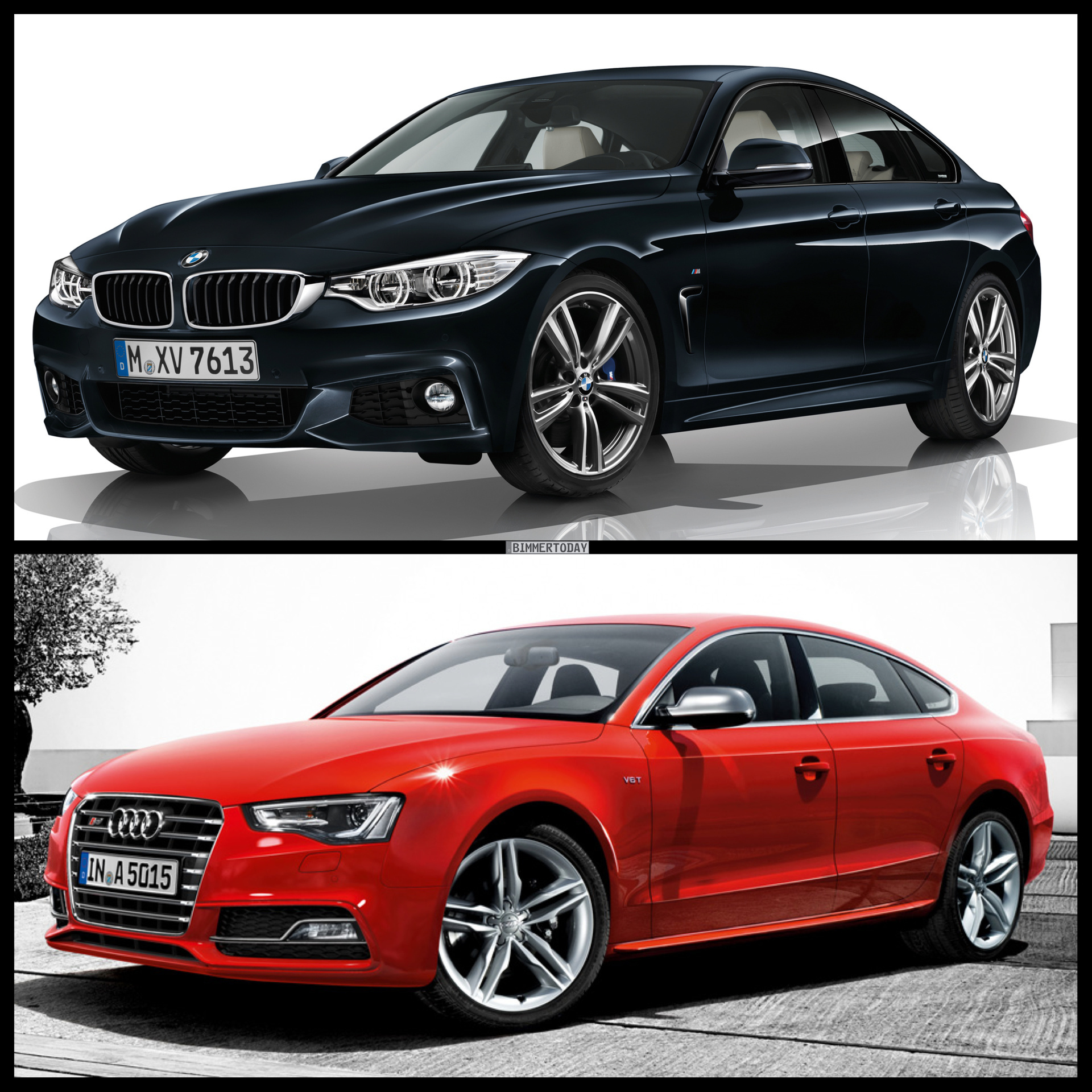 Audi’s four-door coupe has been available since 2009 and it is now getting a worthy opponent. Under the hood of the Audi S5 lays a V6 supercharged engine which distributes 333 hpto all four wheels. 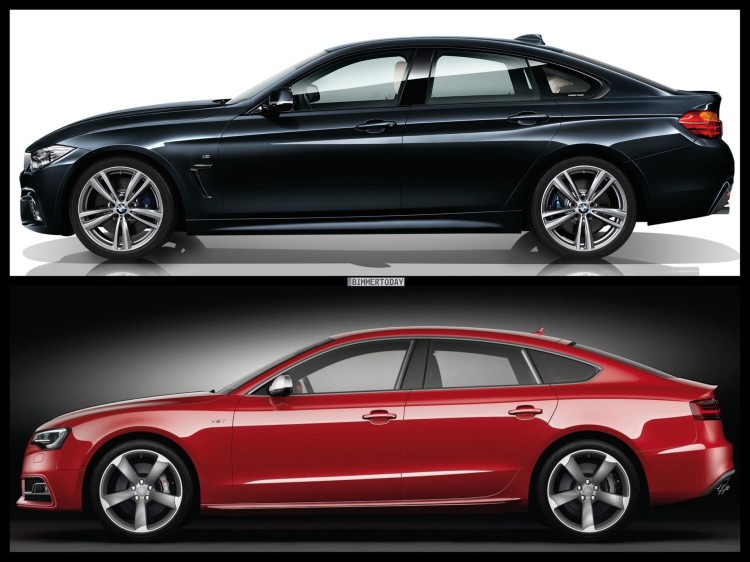 With an EU-weight of 1,650 kg, the BMW 435i Gran Coupe (rear-wheel drive and manual transmission) is a full 170 kg below the weight of the all-wheel drive and automatic Audi S5 Sportback. The upcoming BMW 4 Series Gran Coupe xDrive will add around 70 kg and another 10 kg from the eight-speed automatic.

With rear-wheel drive and eight-speed Sport Automatic, the F36 BMW 435i accelerates in 5.2 seconds from 0 to 100 km/h. The all-wheel drive Audi is one tenth of a second faster. Performance specs for the BMW 435i xDrive Gran Coupe are currently not available.

Until a direct test drive and review is available, we give you a photo comparison that shows the design of the two elegant four-door coupes from all angles. Let us know in the comments below which one you find more “stylish”. 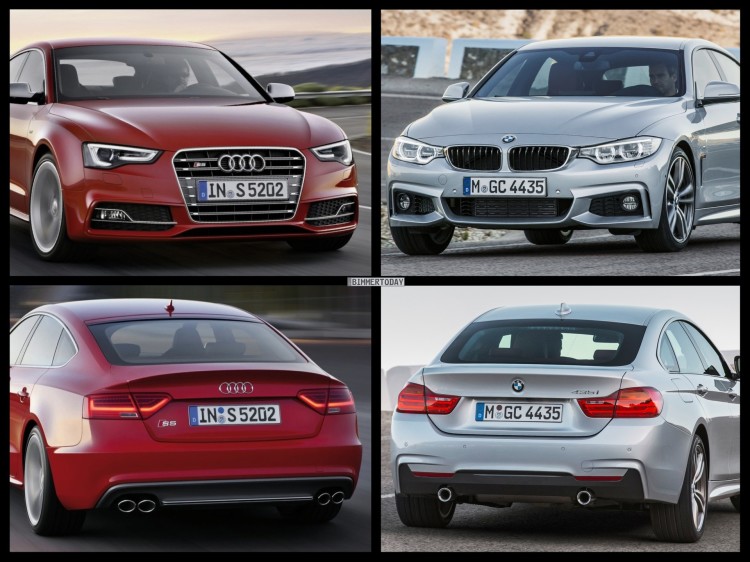 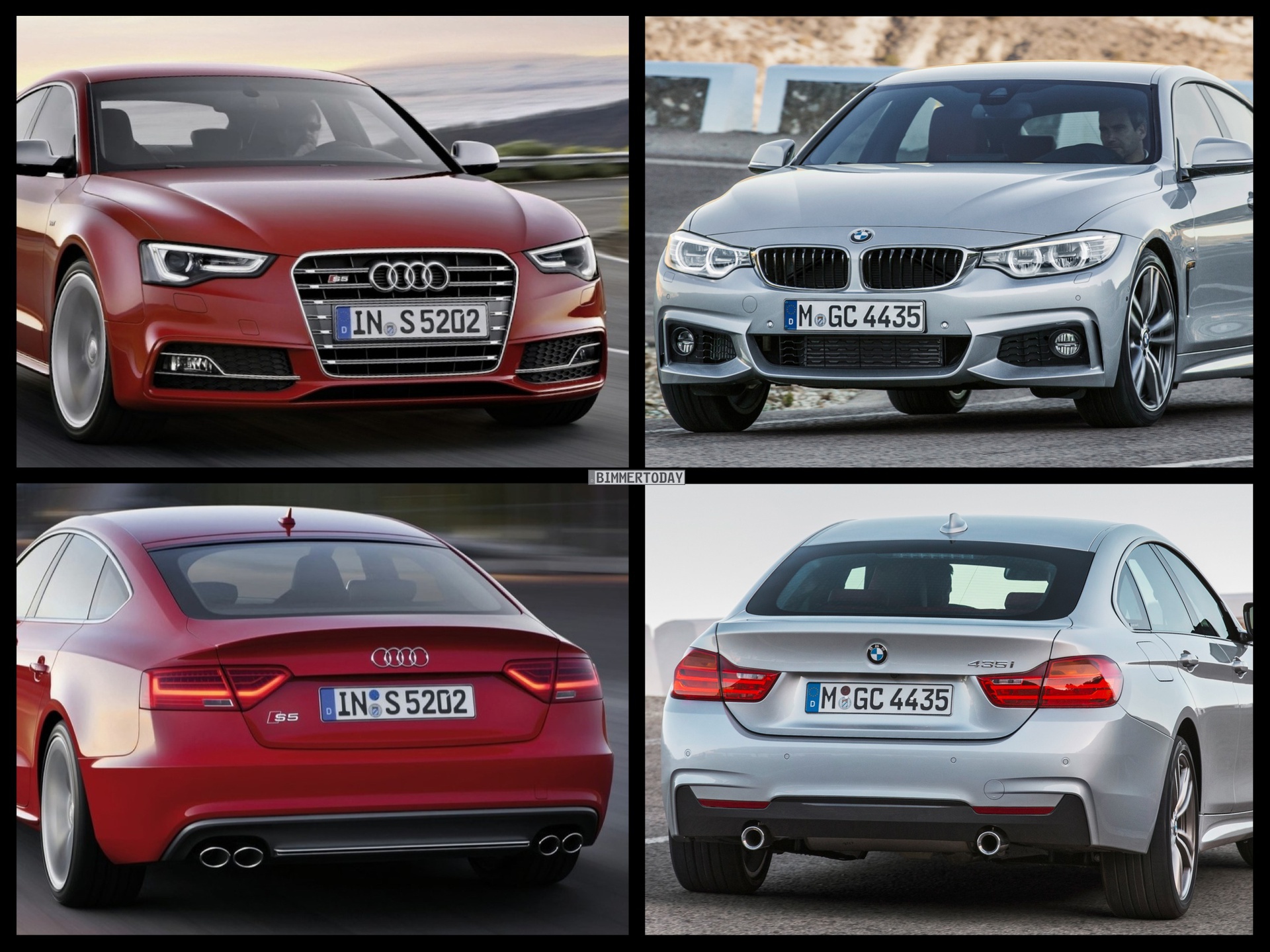 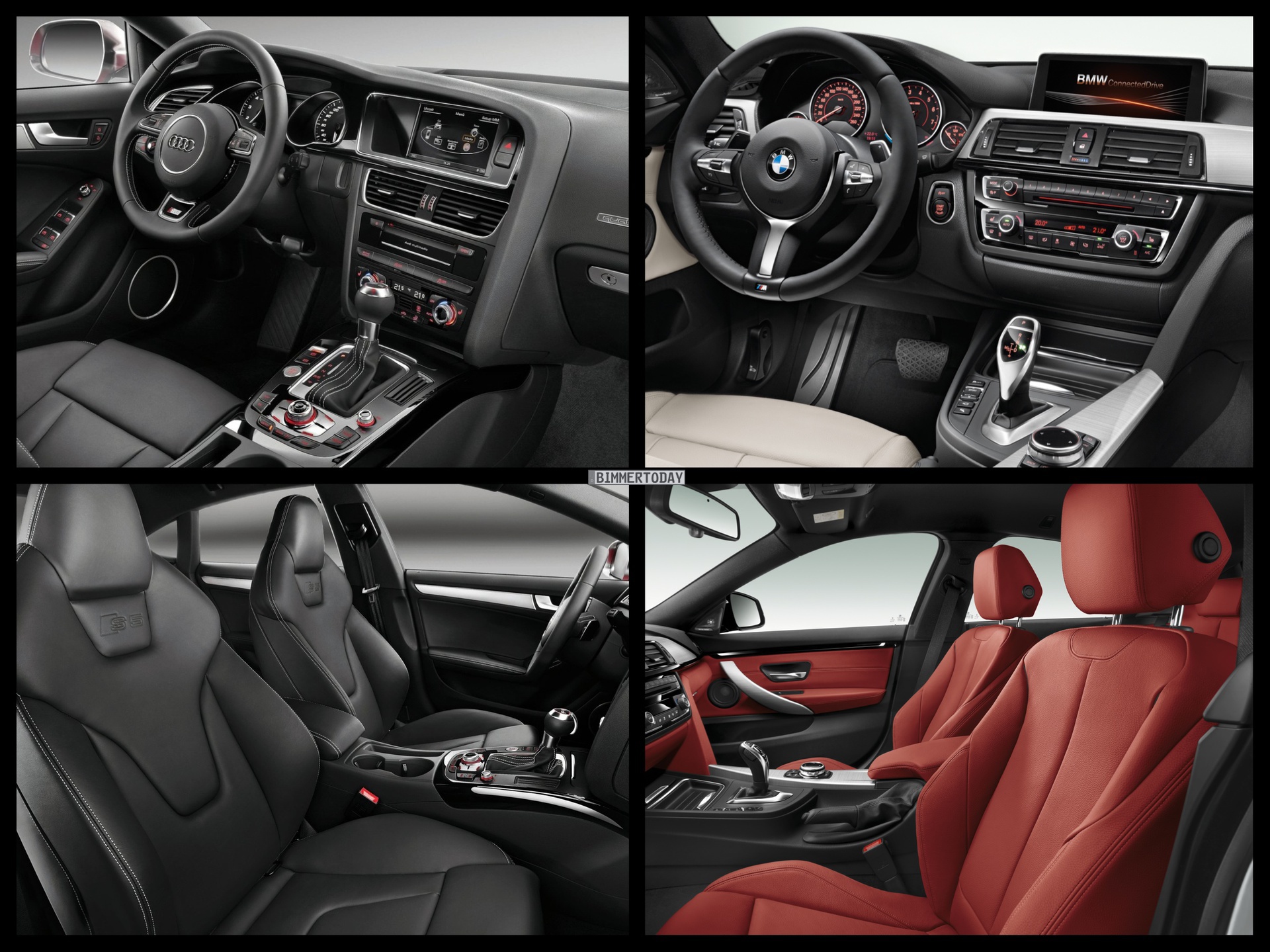 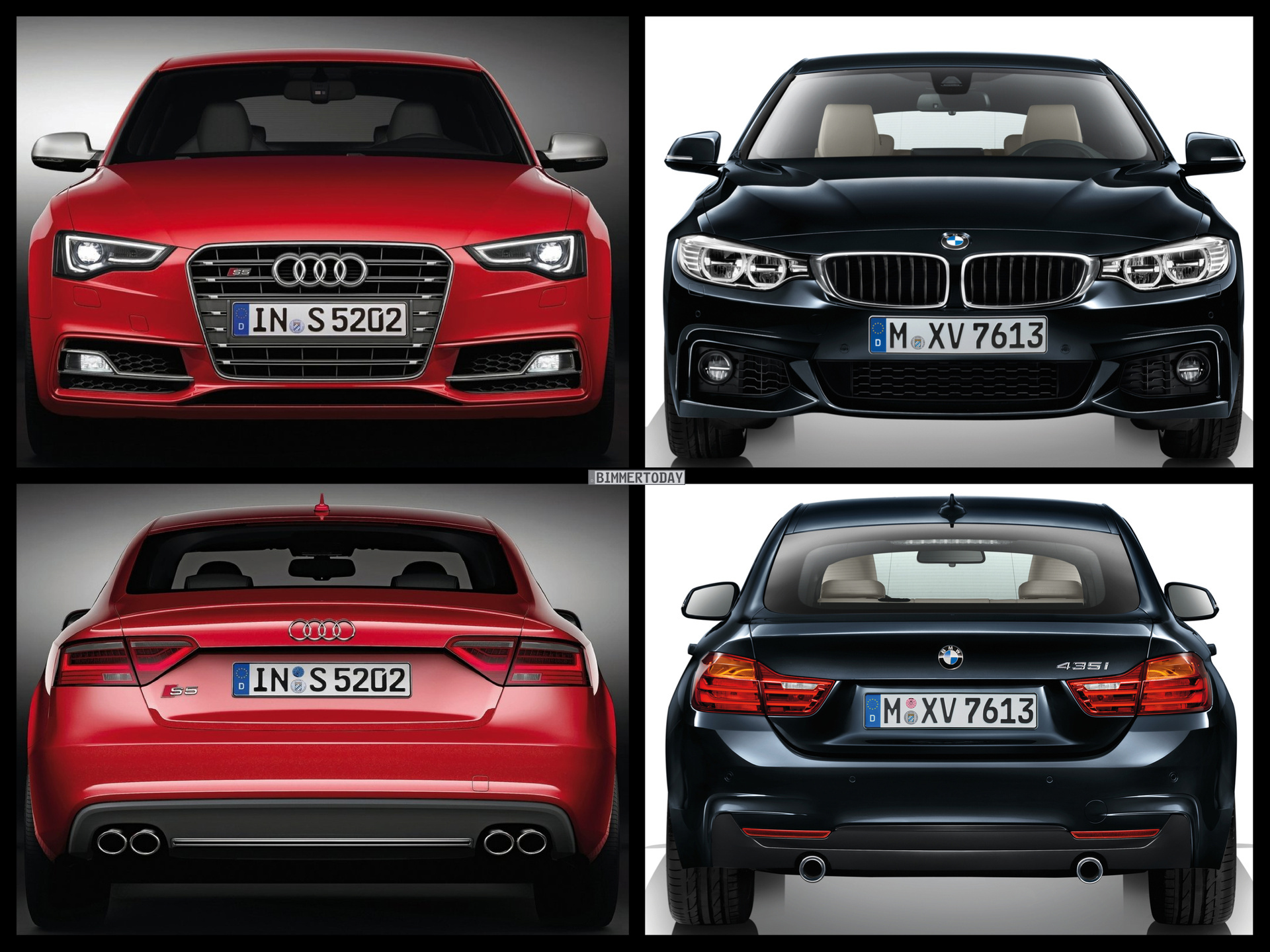 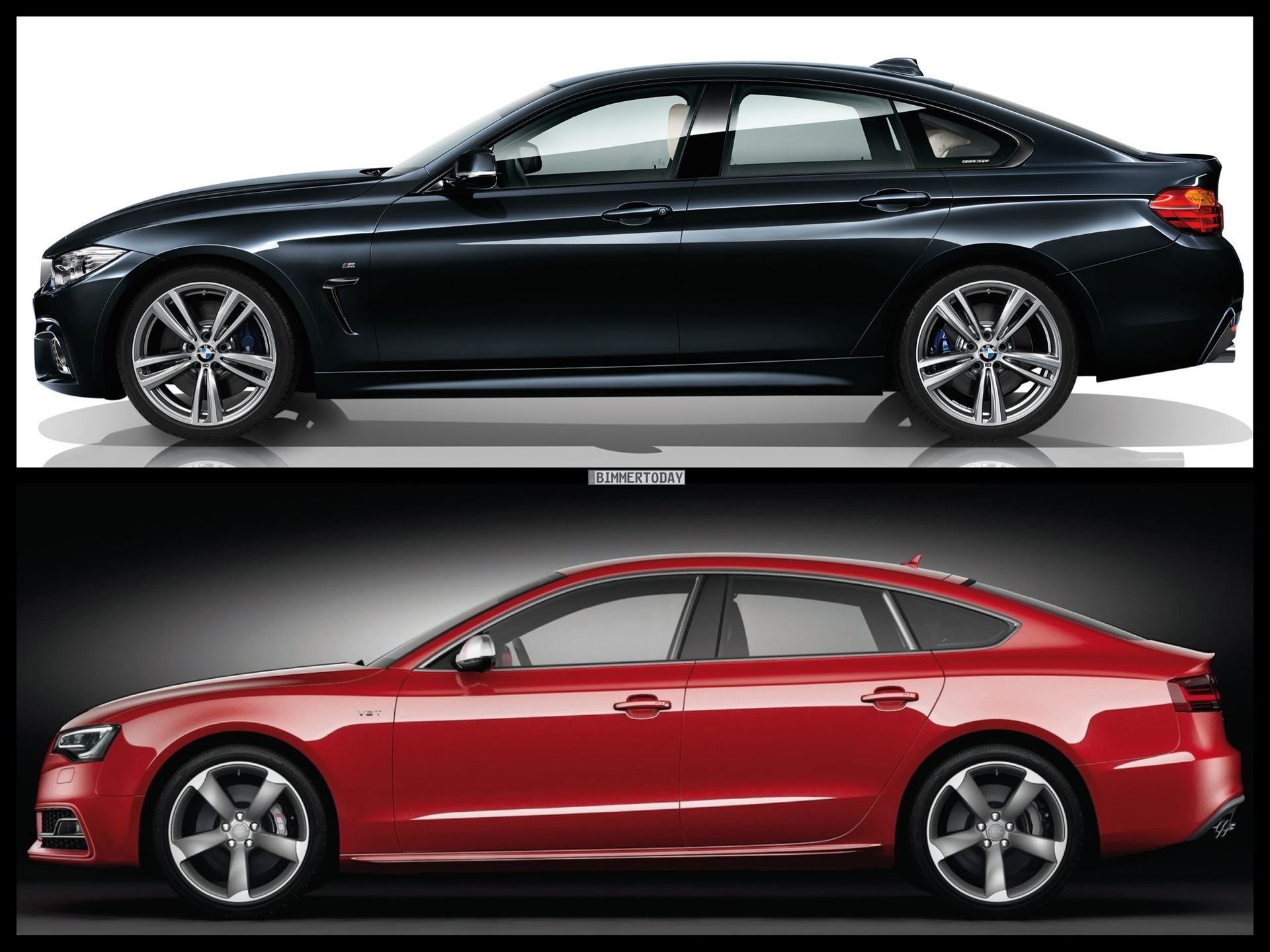