A Visit to BMW DesignworksUSA

Home » A Visit to BMW DesignworksUSA 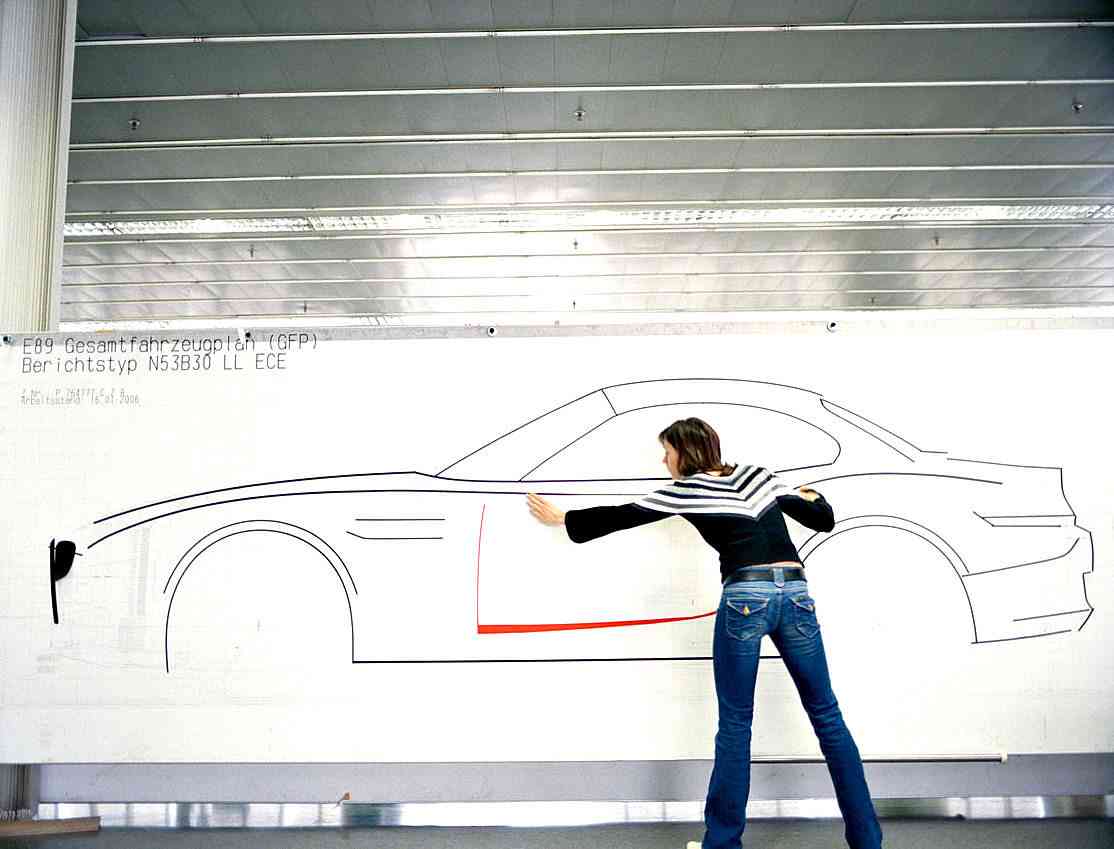 Newbury Park, CA – BMW has design studios scattered across the globe. And one of its studios is located in the hills north of Los Angeles. Founded in 1972 by the renowned designer, Chuck Pelly, the studio received an investment from BMW in 1991 and was eventually purchased outright by BMW in 1995. Under the DesignworksUSA banner are studios in Newbury Park, Munich, and Shanghai.

These studios are separate from BMW Forschungs und Innovations Zentrum (FIZ), where BMW’s dedicated automotive designers reside. The DesignworksUSA studios have a bit more latitude (and an expanded design brief). DesignworksUSA does about half of its work for BMW with the other half being performed for external customers. 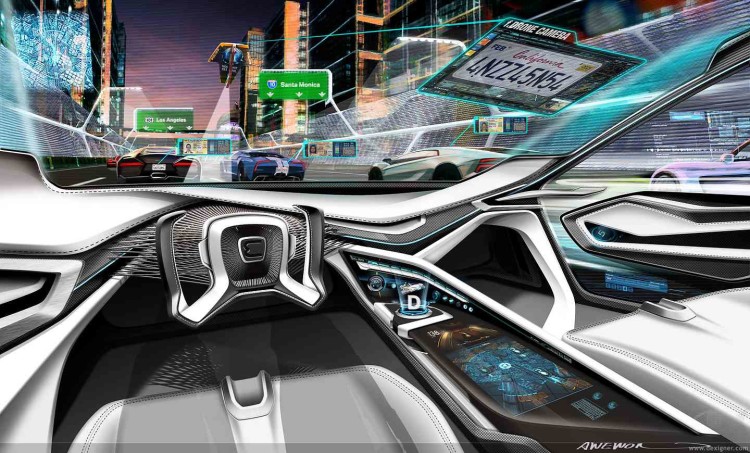 The beauty of being a designer at DesignworksUSA is the opportunity to work on more than just cars. Almost any product, including virtual products (computer applications for example), is within the competencies of the deign staff. And it requires special people to accomplish the work undertaken by DesignworksUSA.

A group of journalists were treated to reviews of several products that ranged from a two man bobsled to oral hygiene products. It’s the diversity of subjects that can keep a designer happy. And good design accounts for how a product functions, how it appears to the senses, and how it projects the values of the customer.

As an example, the oral hygiene products that DesignworksUSA worked on are from a company known as Hello decided that oral care products shouldn’t necessarily be marketed as fighting germs (though important, it may be missing a market by emphasizing what’s wrong with your mouth).

Hello wanted to change the message with which oral hygiene products were sold. And to do this they needed world class design that matched the message. And one of the design keys is the design of the font for the name itself. The lower half of the e in hello, displayed on the products, forms a smile. A subtle and effective touch – a hallmark of good design. 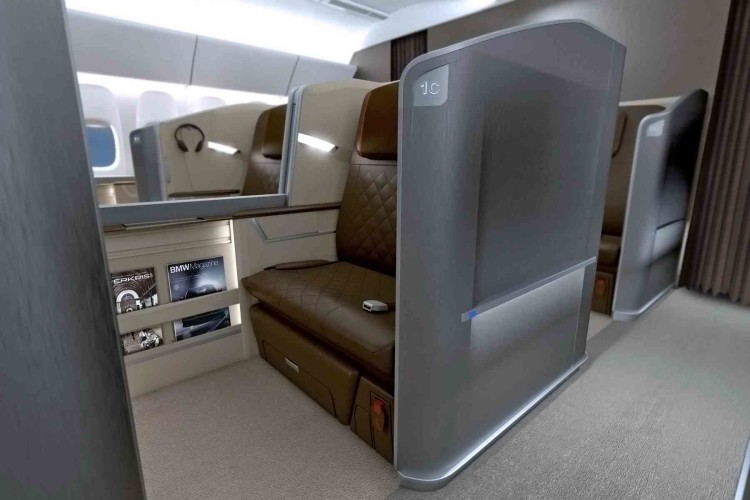 Subsequently the design is fairly conservative with a color palette that is somewhat darker than one would immediately think of using. And it works, the color, materials, textures, as well as carefully placed lighting, provide a sumptuous inviting first class experience for the passenger. And it perfectly reflects the values of Singapore Airlines.

DesignworksUSA was also commissioned to design the two man bobsled for the US Olympic team. The design had to fit within the tight restrictions of the rule book, but had to take advantage of every opportunity to enhance the performance of the sled. Performance enhancements to a two man bobsled are measured in hundredths of seconds and the design had to eek out as many hundredths of second as possible.

The work with the bobsled team revealed that aerodynamically the sled spends so much time on track in different positions that the key to the sled would be to eliminate drag rather than focus on drag and downforce together. In addition, the center of gravity needed to be optimized and to accomplish that weight had to be shifted through some clever material processes. The wall thickness of the sled’s body differs from point to point in order to optimize the CG.

The sled went through multiple iterations and the designers were involved in the testing of those iterations. One takeaway from working with the bobsled team is how sensitive the team members are to subtle and small changes. The designer presenting the sled mentioned that minute changes to the steering mechanism were requested and the driver could immediately determine the effectiveness of the change. The designer had a background in automotive racing and mentioned that the sled drivers were even more sensitive than most racing drivers. This was a learning process for the design team.

Of course, DesignworksUSA is involved in automotive design. They participate in the design competitions BMW internally holds for new products. Design starts by sketching then rendering in software the initial drawings. DesignworksUSA using three products including a mathematical tool known as Alias and two polygon tools, Maya and Cinema 4D. They are migrating to the polygon tools for their ease of use. But no modeling software will produce a finished product. It has to be transformed into a three dimensional model that can be viewed and touched.

In order to create those models, the facility at Newbury Park houses a five axis milling machine that can carve a full size SUV out of a material as hard as aluminum (though foam is used for the clay model shells). They have the ability to carve a product with a two mil tolerance thanks to the CNC machine in use. It is another example of BMW’s attention to detail and it helps separate them from their competition.

The model used to apply clay to is built up around a metal frame (with wheels in their final position – though without any suspension) and the carved foam blocks. Clay is applied to the surface of the model and is worked by hand until the surfaces are perfect. BMW likes to play with light and shadow but does not like busy surfaces. Therefore, the smallest change in a surface – visible only when sculpted – can make the difference between a winner and a loser in the competition.

Once the surfaces have been finalized the vehicle will be scanned to preserve the final shape in software. The shape will undergo further refinement if selected as a competition winner and the designers will migrate to Munich with it. And of course, the design is for a model that may be years from reaching production. 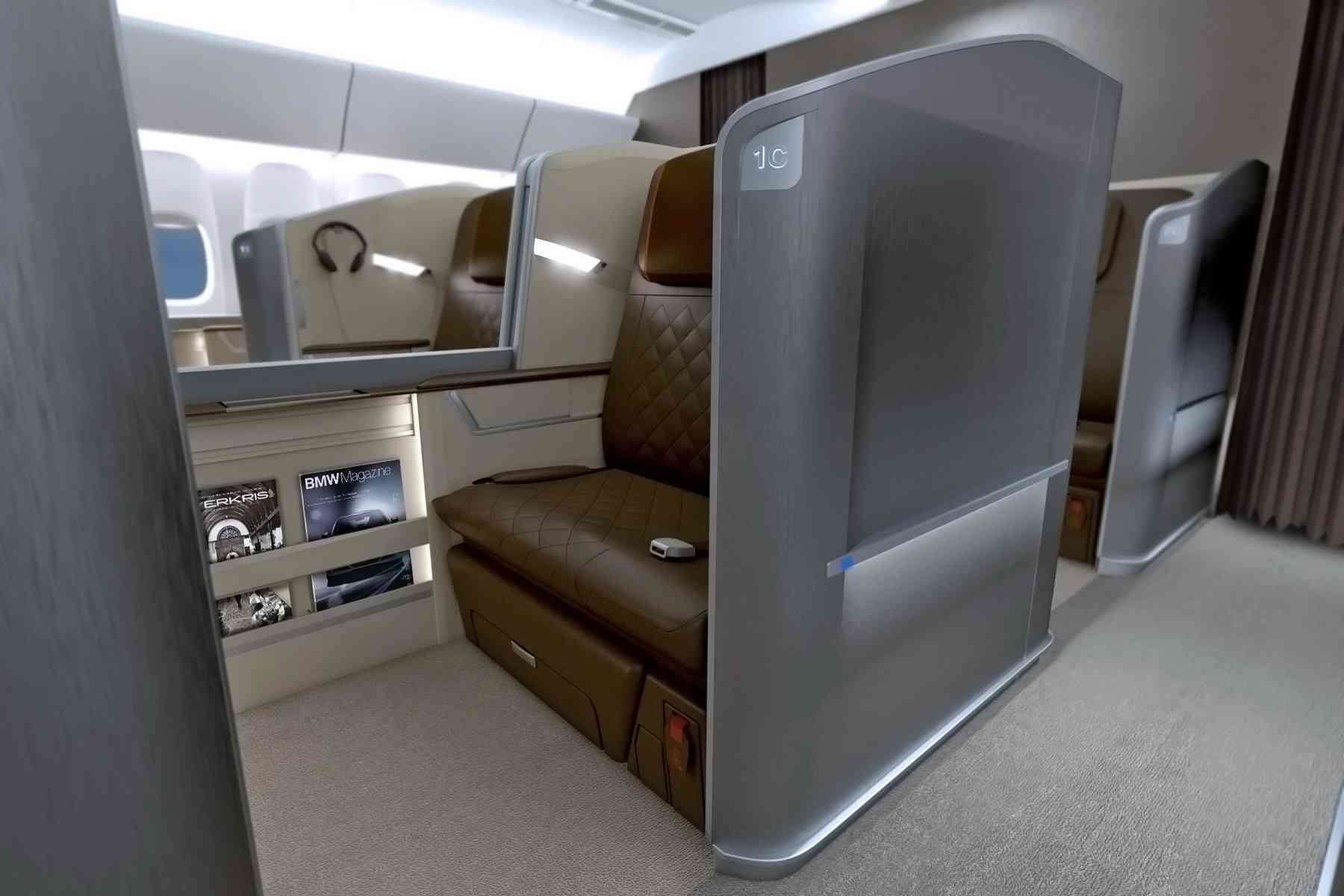 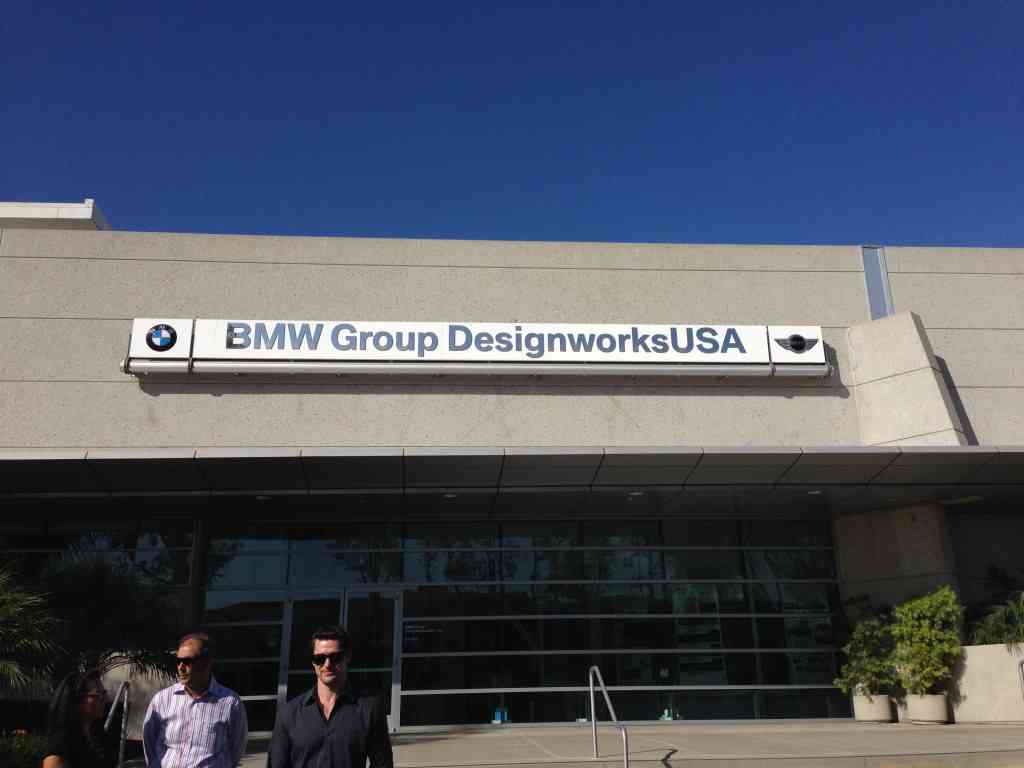 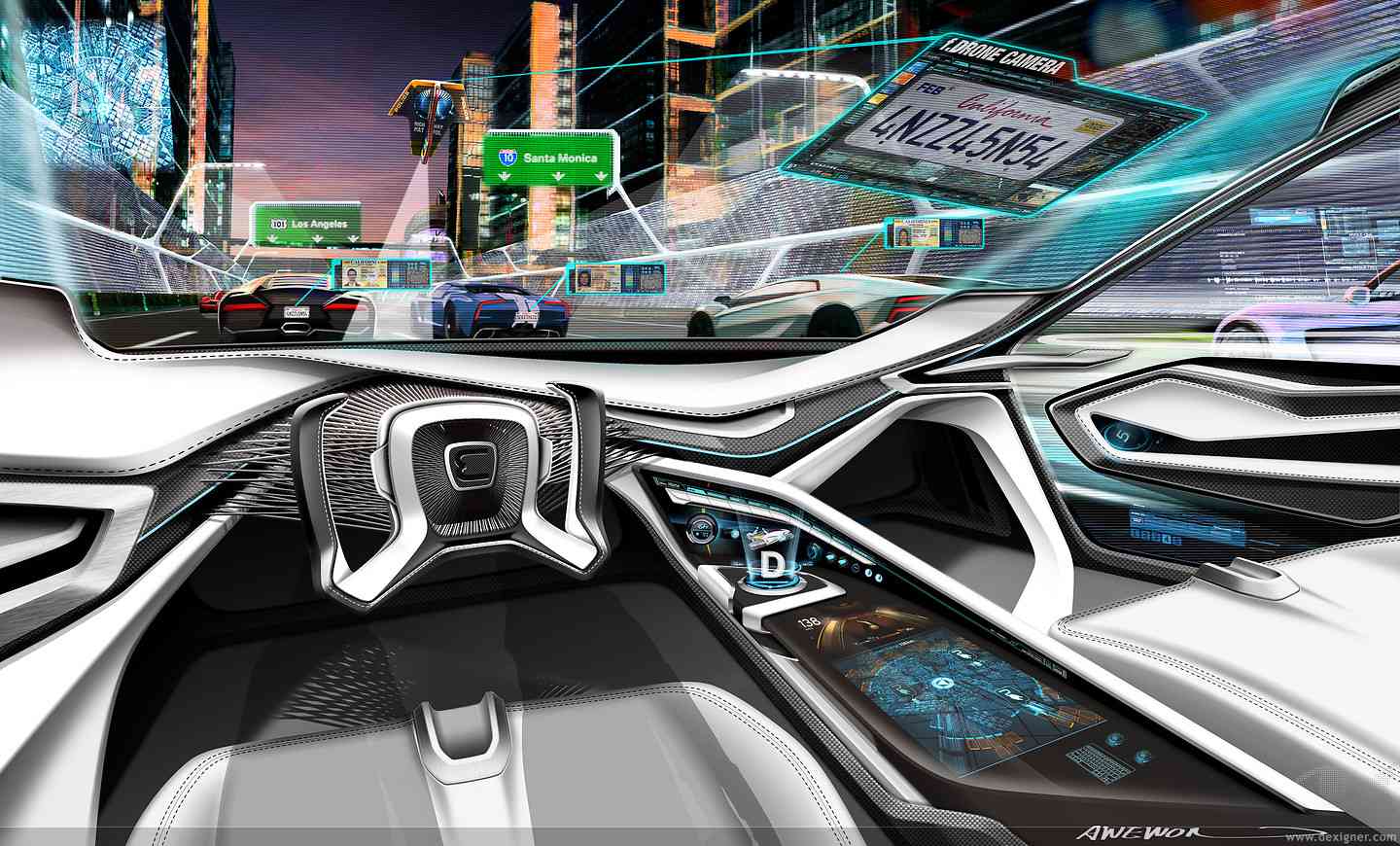 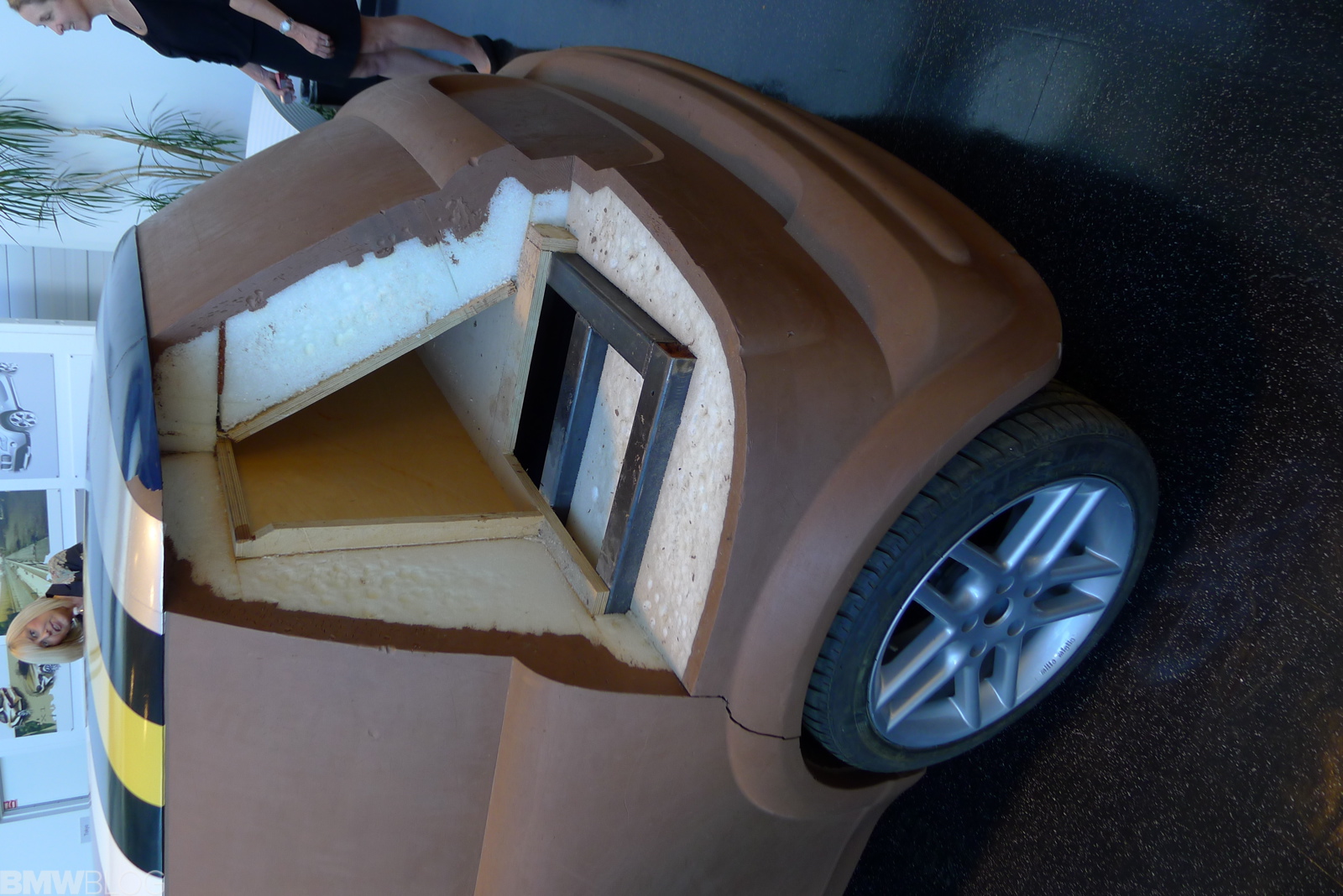 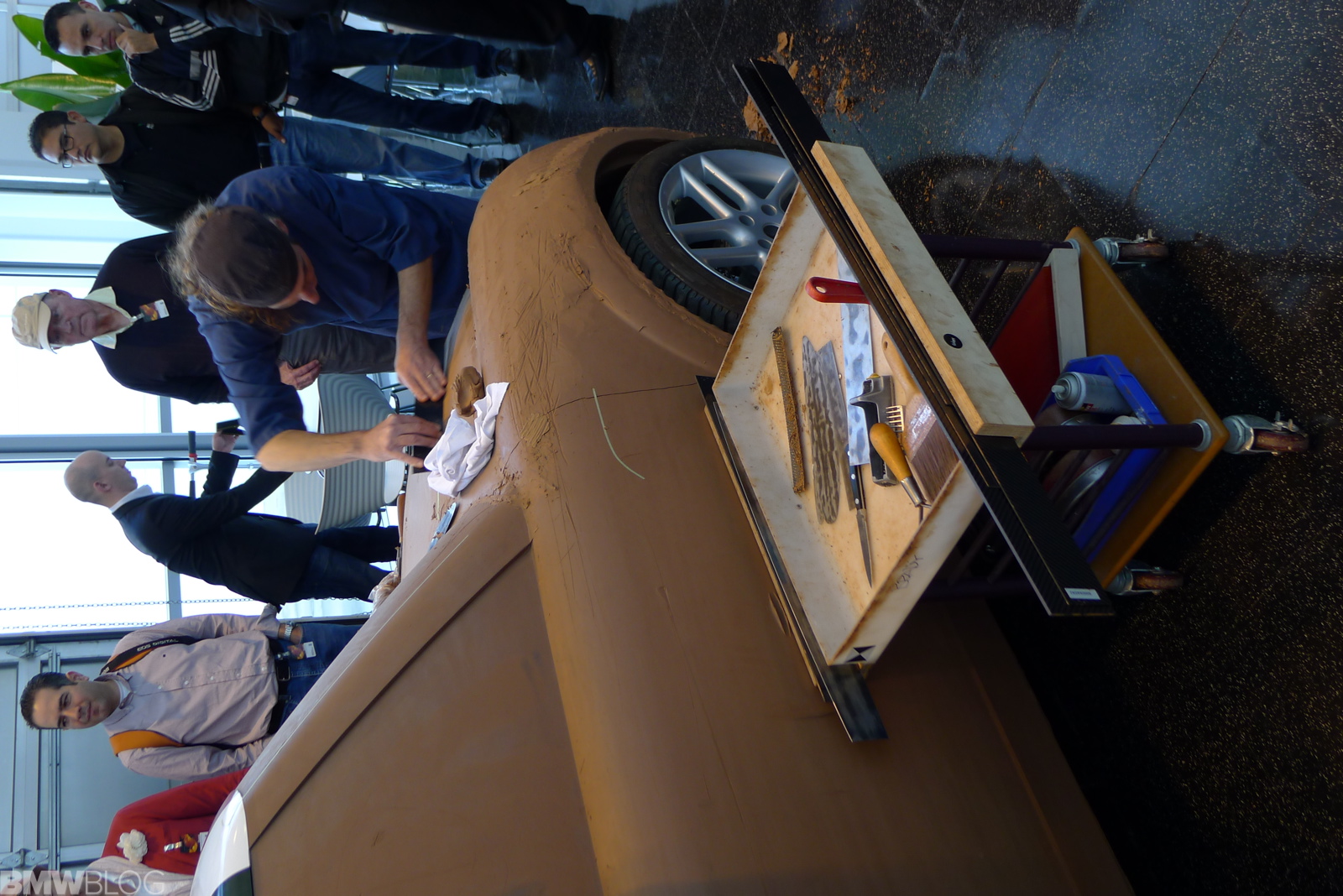 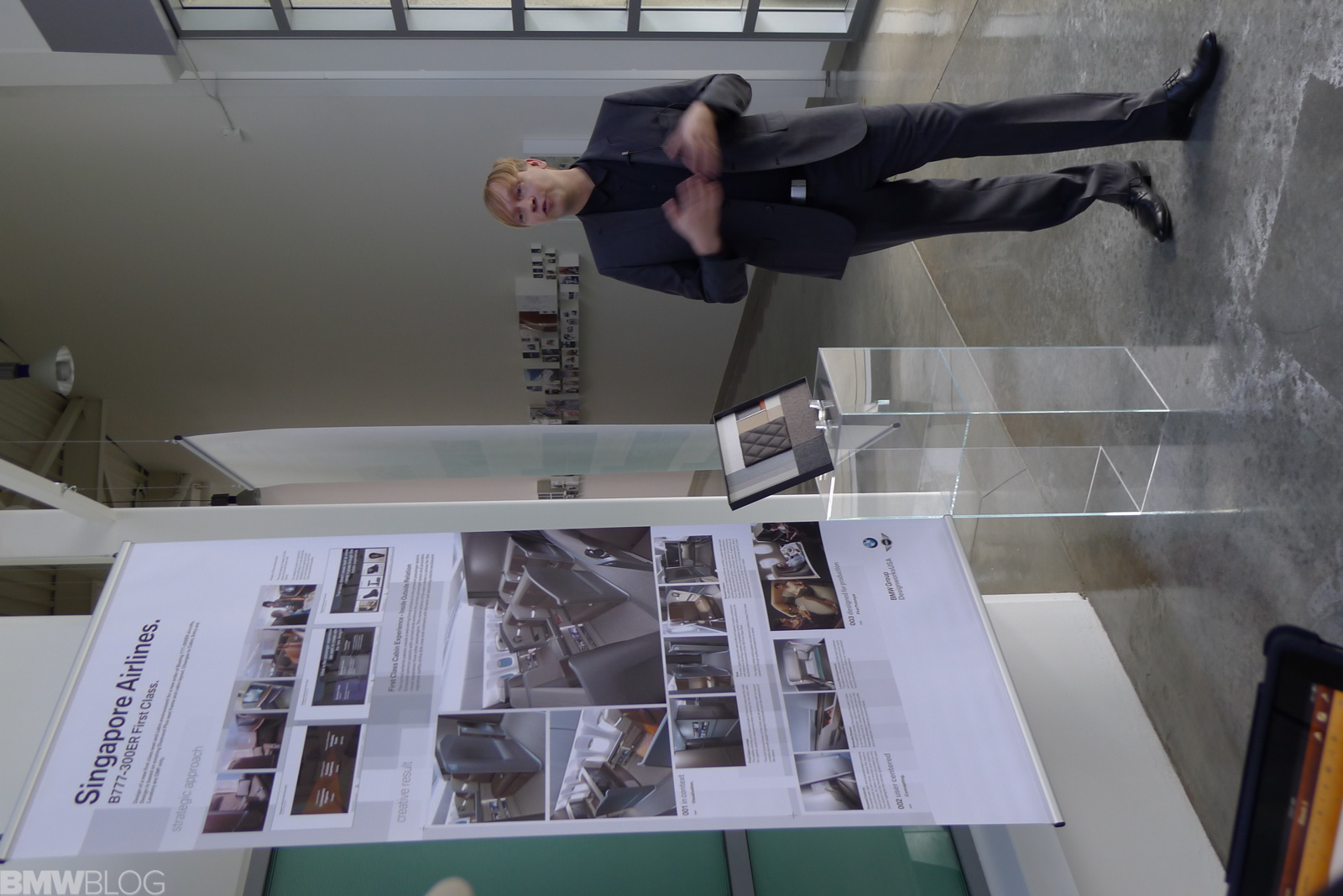 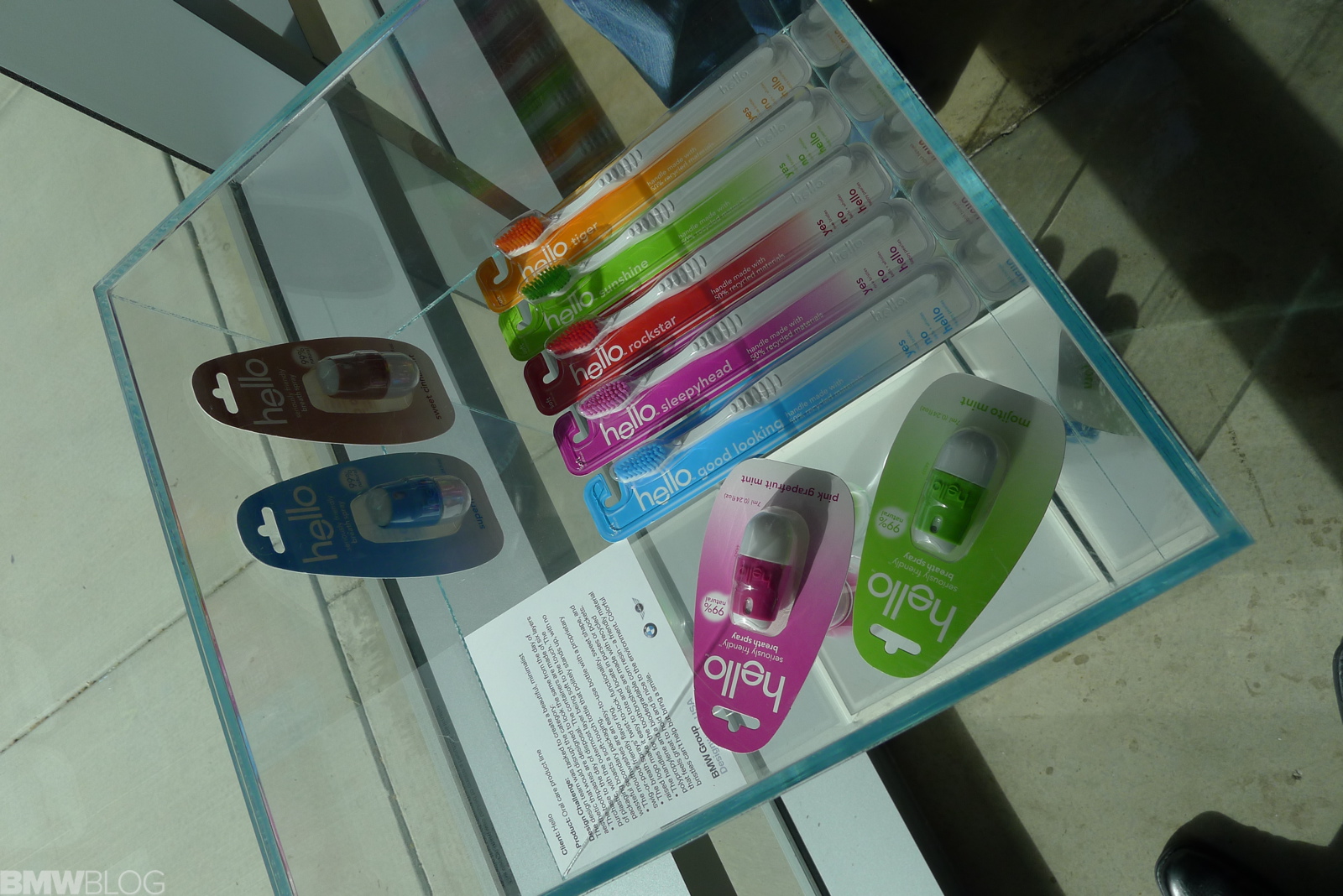 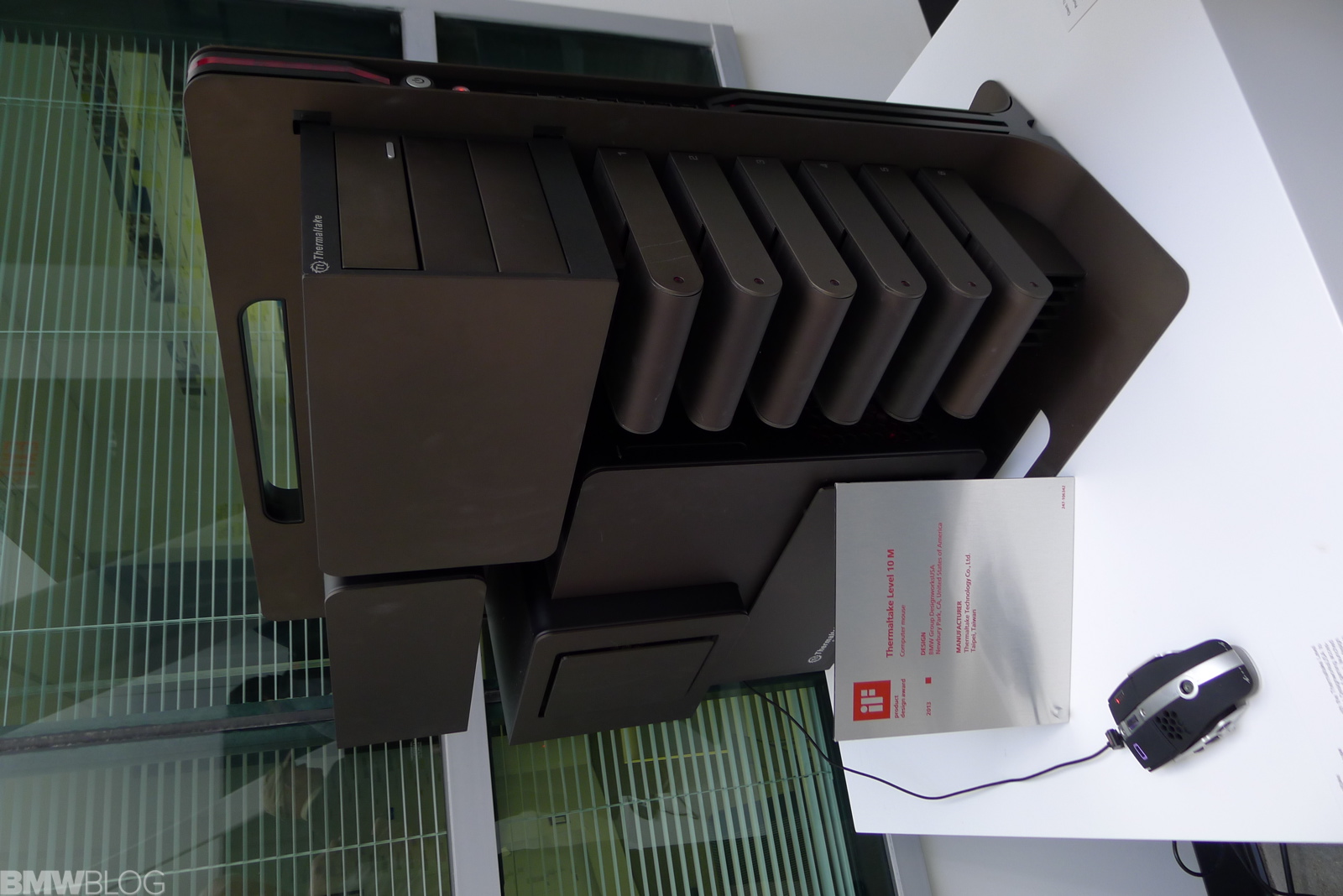 So what was learned from a brief visit at DesignworksUSA? Designers have to be optimists at heart, they have to have an unbounded curiosity about the world around them, they have to see and perceive what is important to their customer and their customer’s customers, and they must live in the future.

Design is more than drawing, it’s surfaces, materials, ideas, light, shadow and the ability to manipulate them in a manner that will transform a good product into an exceptional one. DesignworksUSA’s portfolio of award winning designs suggest that BMW is at the forefront of current design.