BMW of North America, the Official Mobility Partner of the United States Olympic Committee (USOC), today announced that the U.S. Men’s Bobsled Team will race the BMW two-man bobsled for the first time at the FIBT World Cup in Igls, Austria this Saturday, Jan. 19. Developed in collaboration with the USA Bobsled & Skeleton Federation (USBSF), BMW applied its world-class design and engineering expertise to redesign the two-man sled in the hopes of helping Team USA chase its first Olympic gold medal in the event since 1936.

“The results of our testing thus far have been promising, but the true test of a bobsled’s speed is determined in competition,” said U.S. men’s bobsled head coach Brian Shimer. “The team couldn’t wait to get this sled on the ice, so we bumped up its debut to Igls and we’re looking forward to seeing it in action. We need to test it under race conditions to see what improvements to make for next season.” 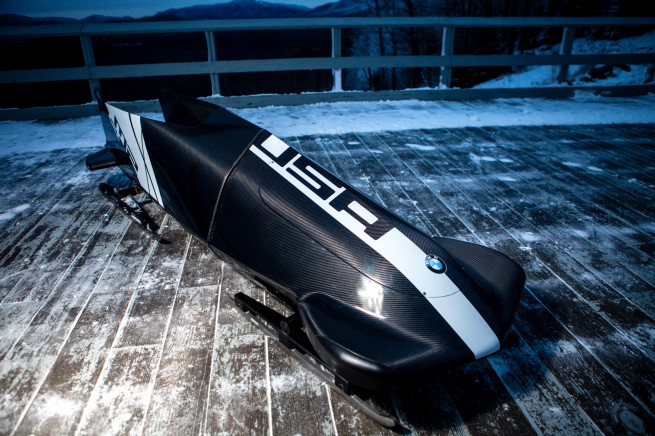 Applying processes similar to its vehicle development, namely the application of BMW EfficientDynamics, BMW has paired intelligent lightweight materials, such as carbon fiber, with optimized aerodynamics to design the new sled. With this approach, BMW was able to reconfigure the sled’s weight distribution to achieve an optimized balance of the regulations’ mandated sled weight. The result is a significantly lighter body shell with a low and centralized center of gravity.

The automaker is leveraging its expertise in designing with carbon fiber from BMW i, the company’s sustainable division, which designs strong, lightweight carbon fiber electric vehicles.

“After more than a year-long development process, we’re thrilled for the USA Bobsled and Skeleton Federation to finally race this bobsled,” said Michael Scully, Creative Director, BMW Group DesignworksUSA, BMW Group’s international design and creative consultancy. “BMW EfficientDynamics techniques are at the heart of the sled’s design, making it sleeker, lighter and we hope faster: essentially a BMW on ice. We’re anxious to see how it performs against Team USA’s competitors.”

This is the second BMW two-man bobsled prototype developed for Team USA, and it will remain in development for the remainder of the 2012/2013 FIBT World Cup competition season. BMW will continue gathering data and feedback from the athletes, coaches and individual races to enhance the performance of the new sled in preparation for the Sochi 2014 Olympic Winter Games. 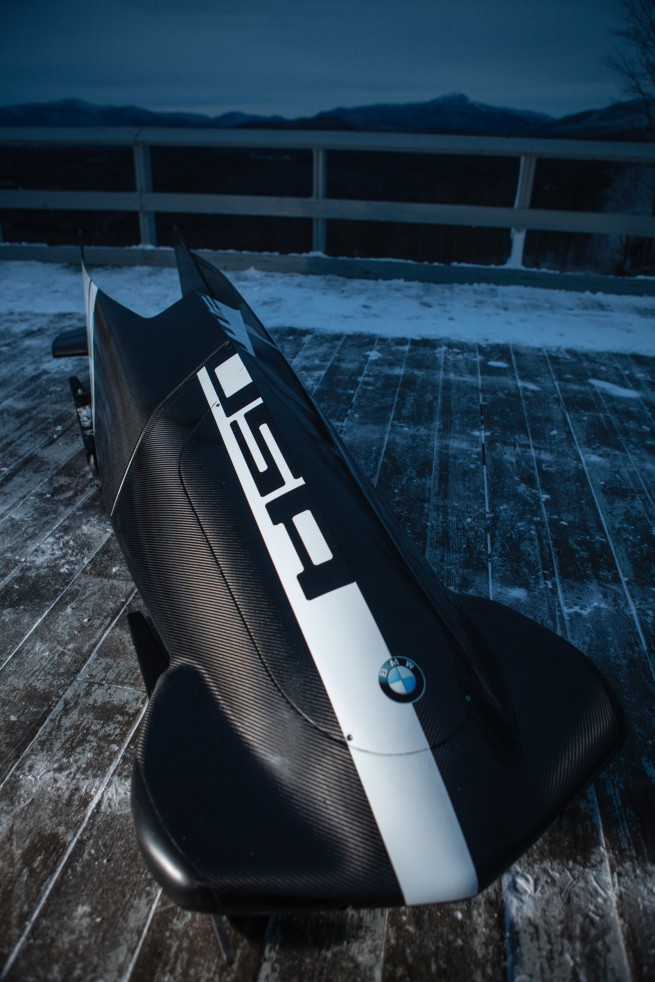