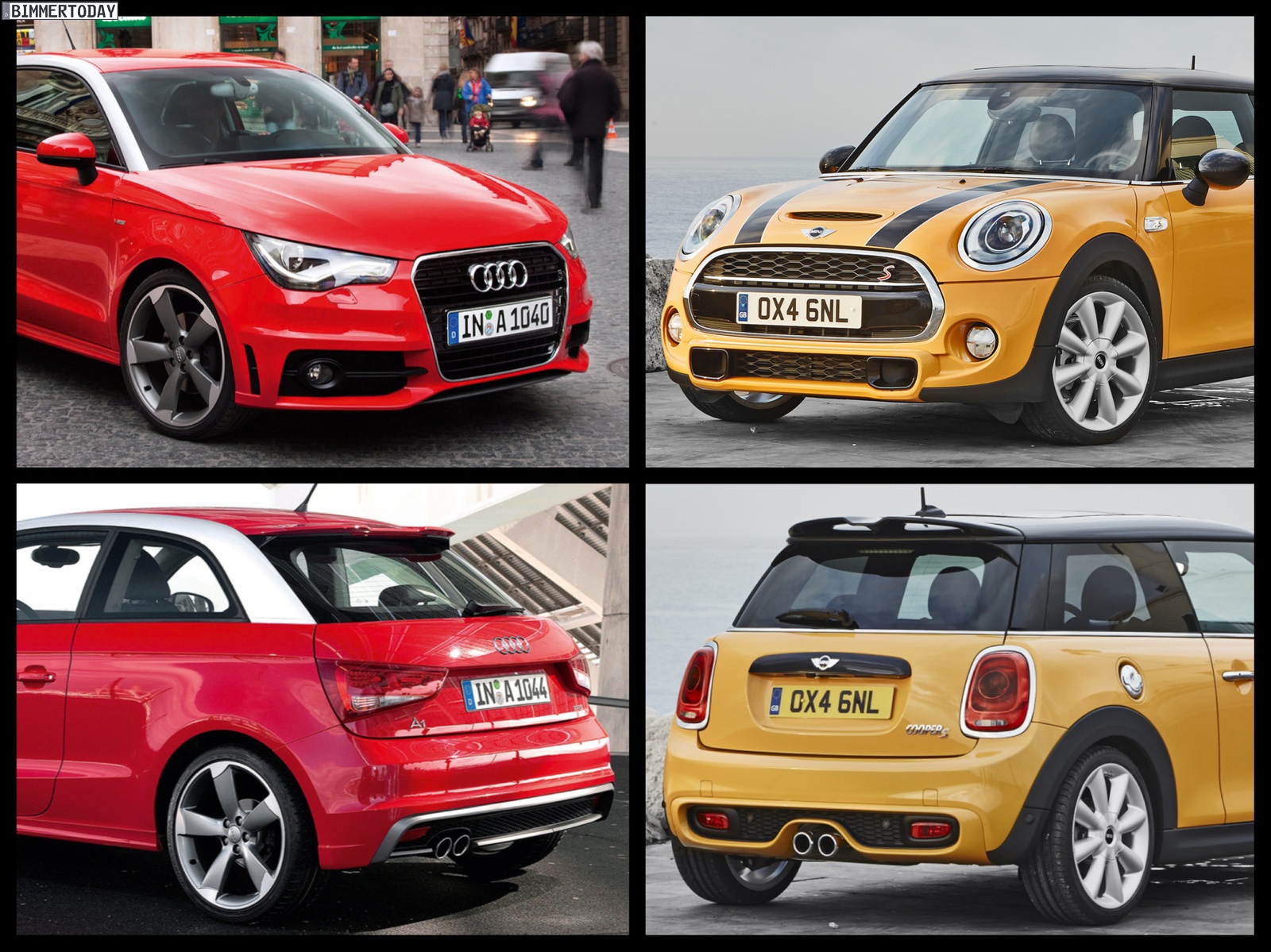 For many years, the MINI brand has ran into a segment of its own, but in 2010 Audi has introduced the A1 premium compact vehicle to challenge the British-icon. Audi’s advocates and marketing gurus have discarded the MINI as a viable competitor, but with the newest MINI bringing the premium angle to a new level, opinions might be changing.

What we have learned over the years is that the Audi A1 sells really well, translating into many customers. While the MINI sales have been ascending over the years, the one major differentiators between the two is the fan base. MINI thrives on its community and engages its fans more than any automotive brand on the market. 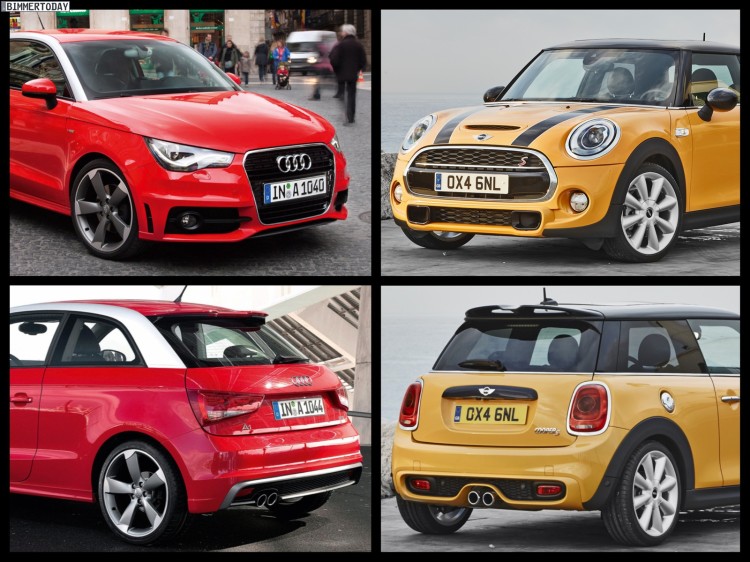 Despite the size increase over the R56 – F56 is ten centimeters longer – the Audi A1 still trumps it by four centimeters.

By 2014 and 2015, the MINI will put out more variants that will compete with the Audi A1 Sportback.

Aside from the length, the dimensions of the A1 and MINI Hatch are similar, the Audi is 1.3 centimeters wider and 2 millimeters higher. Although the A1 is about four inches longer, the wheelbase is actually five centimeters shorter – much larger overhangs are a logical consequence.

The new F56 MINI also offers a wide range of premium options and packages, such as adaptive suspension, full-LED headlights, head-up display, parking assist or active cruise control. Many of the MINI options are not available in the current A1.

As with any new launch, we decided to compare the competitors therefore below you will see the F56 MINI going head-to-head with the A1 from different angles. 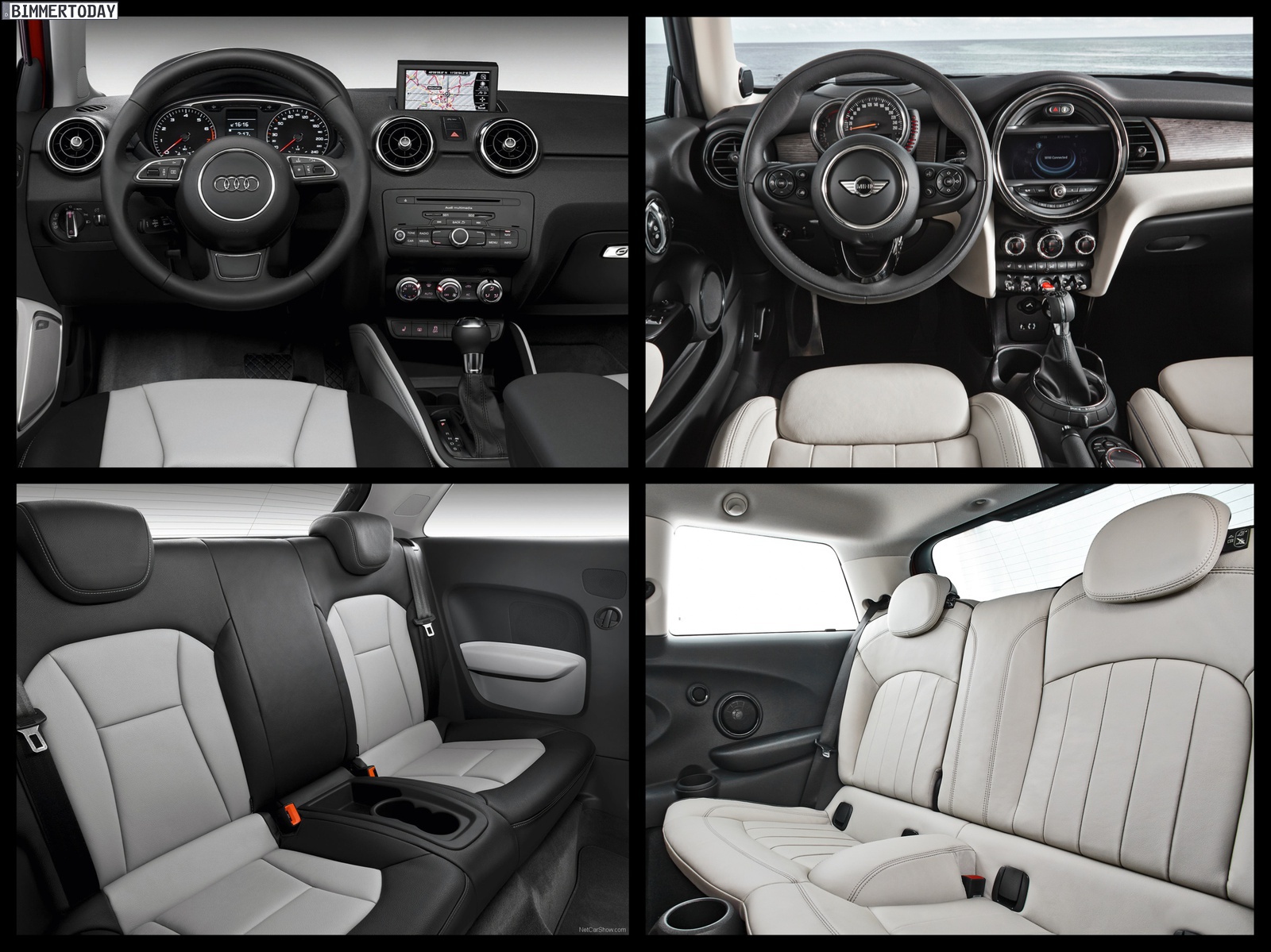 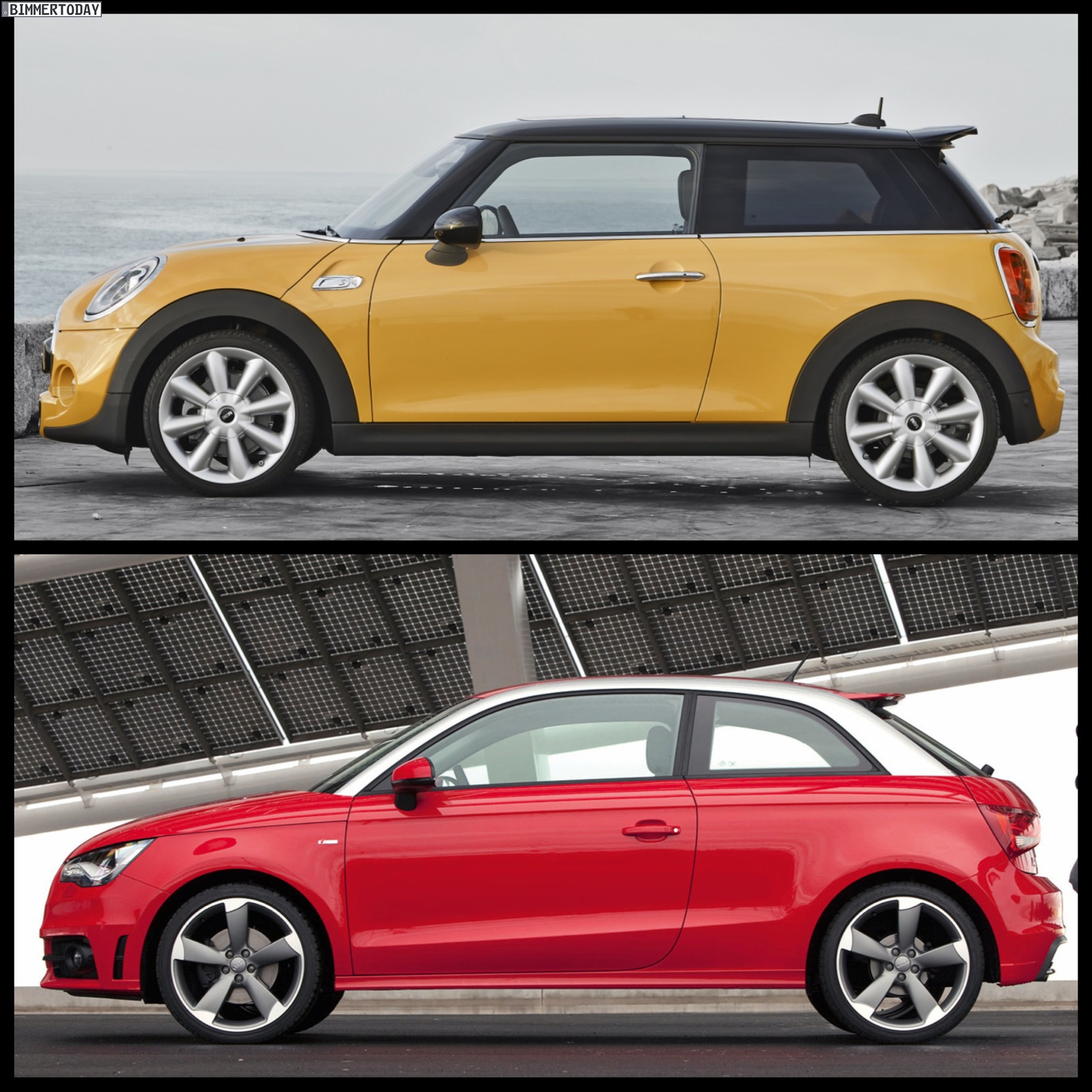 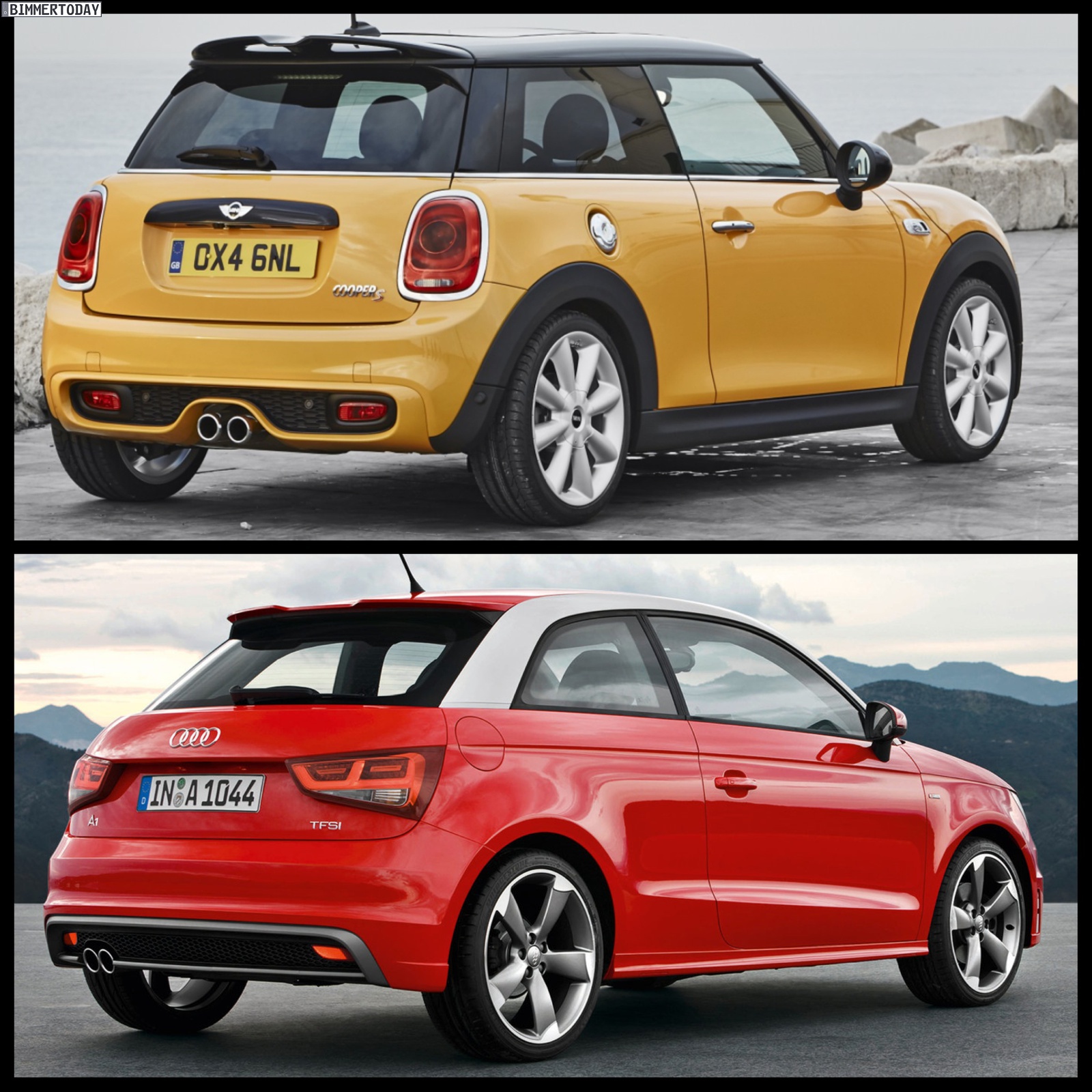