A new episode in our photo comparison series brings us the all-new BMW 4 Series Coupe and the outgoing E92 3 Series Coupe.

Judging by the photos below, we can see the imposing stance that the 4 Series Coupe brings to the table, along with a wider bodystyle and muscular and dynamic lines.

The design lines are also sharper on the 4 Series, with the hood now featuring more aggressive design cues, a larger kidney grille and a sportier front apron. The rear-end keeps the L-shaped taillights which are now inverted when compared to the E92. The boot lid is also sculpted more aggressively into the trunk. 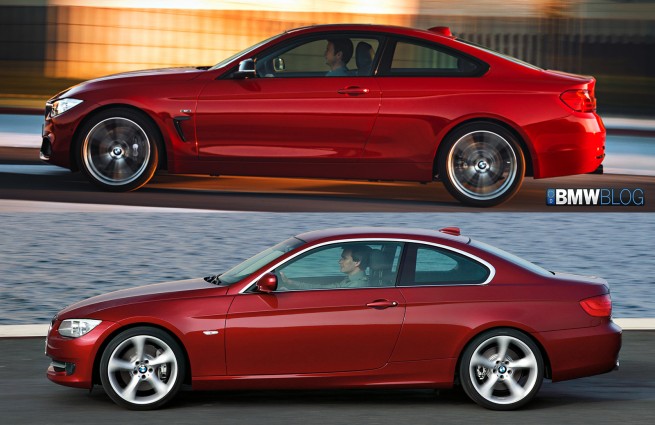 From the side, the typical BMW 3 Series Coupe proportions are retained: short overhangs, set-back passenger compartment and flowing roofline. All of those BMW DNA elements give the 4 Series Coupe a svelte silhouette and a perfect balance.

Inside, the new 4 Series takes the sportiness and luxury of 3 Series Coupe interior to a new level. New materials, trims and gadgetry become a new selling point for BMW, and if the ride is just as good if not better, the first 4 Series will follow the steps of its predecessor and most likely exceed it in sales. 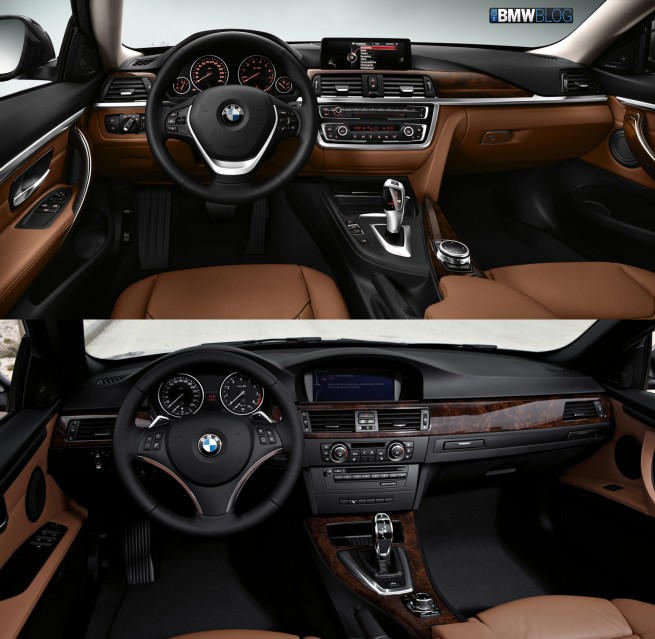 Here is our photo comparison of the two vehicles, and share with us your thoughts in the comments section below. 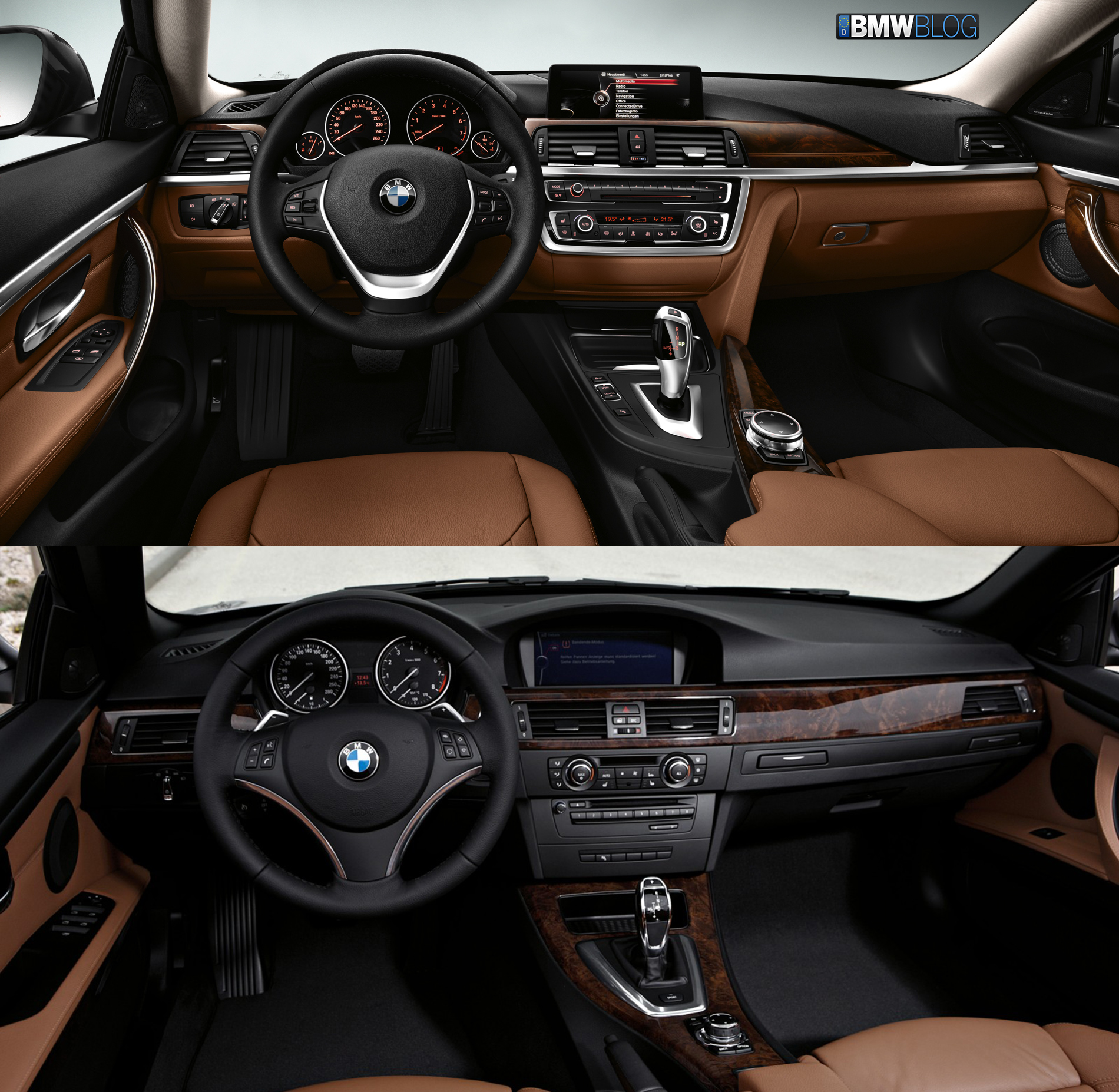