The 2013 Mercedes-Benz S-Class made its web debut this week. The luxurious sedan carried the codename W222 and it is intended to give the Munich-based automaker BMW and Ingolstadt’s Audi a run for their money. The 2013 S-Class competes against the 7 Series and the Audi A8.

It’s the sixth generation of the venerable sedan that’s been on sale since 1972, and will become available to customers in September of this year.

The new S-Class offers feature groundbreaking technologies such as a camera-based adaptive suspension, LED lighting throughout the entire vehicle, and an interior design that takes luxury to a new level. The new S-Class retains the same wheelbase dimension and length, but it is almost 300 pounds lighter thanks to a greater use of aluminum in the car’s construction. 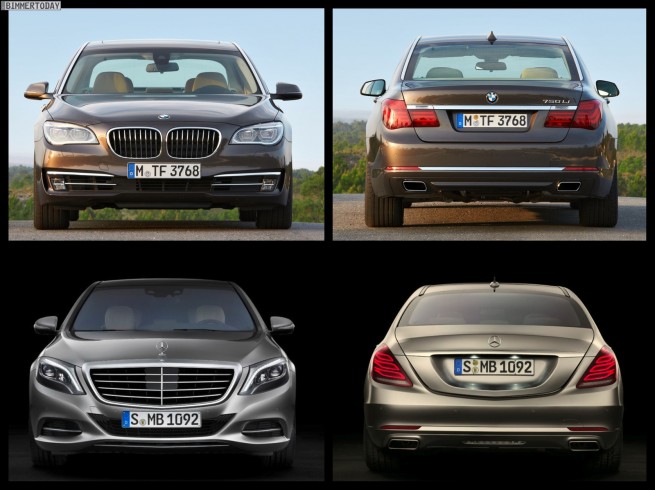 The exterior lighting, and all lighting throughout the new S-Class, is LED, making the car the first in the world to be built without a single light bulb. Mercedes said the car uses nearly 500 LED lights.

Inside the 2014 Mercedes-Benz S-Class brings major changes. The automaker did away with all analog gauges, instead replacing the instrument panel with a 12.3-inch digital screen which displays all the relevant information, from speed to navigation directions. 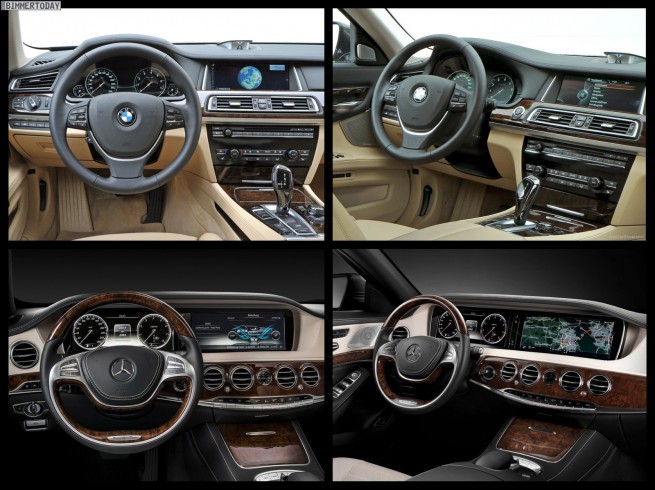 The engine in the highest-offering S550 is a twin-turbocharged 4.7-liter V8 with 455 horsepower and 516 pound-feet of torque.

As always, we are giving you a photo comparison against the BMW counterpart and we encourage you to tell us your thoughts in the section below.