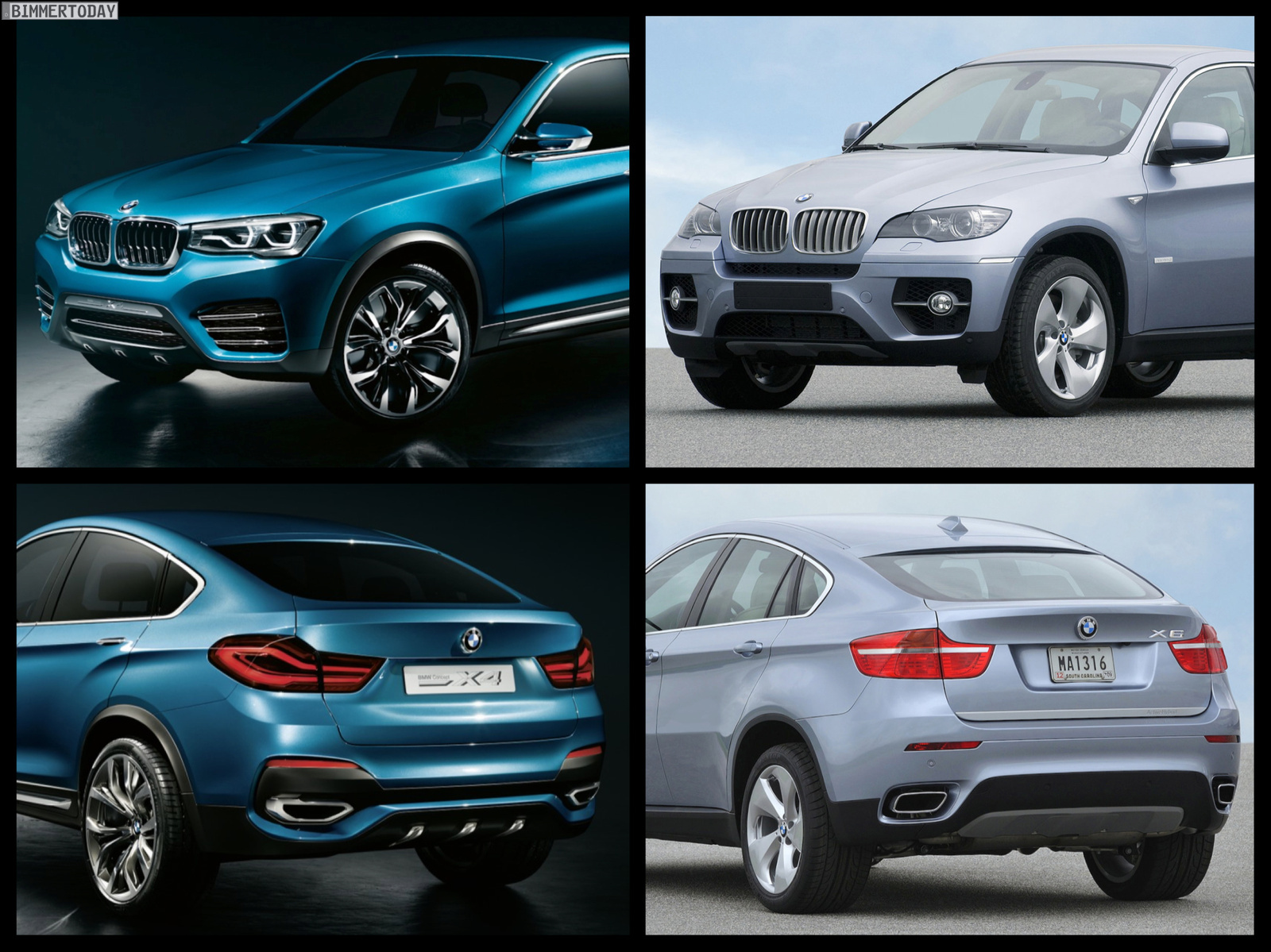 BMW X4 makes its web debut today ahead of the public showing at the 2013 Shanghai Auto Show. The photo comparison tradition we started years ago continues today with the BMW Concept X4 versus the X6.

The BMW X6 concept model debuted at the 2007 Frankfurt Auto Show and the production X6 officially debuted at the 2008 North American International Auto Show in Detroit. It shares the same platform with the X5 SAV but it is slightly longer and wider than the X5, also significantly lower and seated initially only four, and since 2011, optionally five.

Here is the visual comparison. 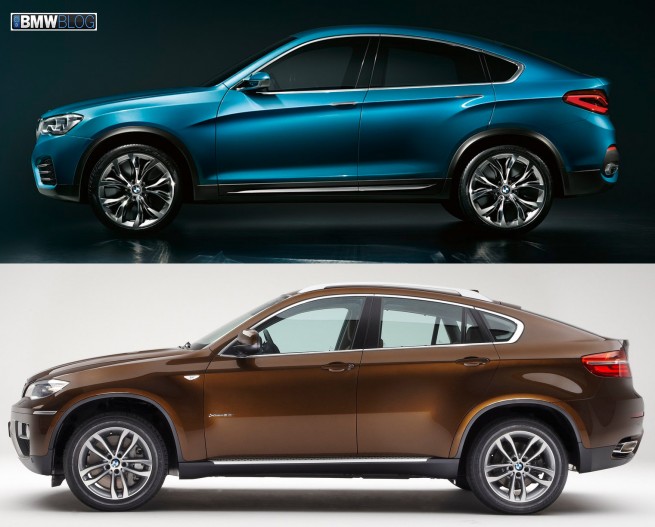 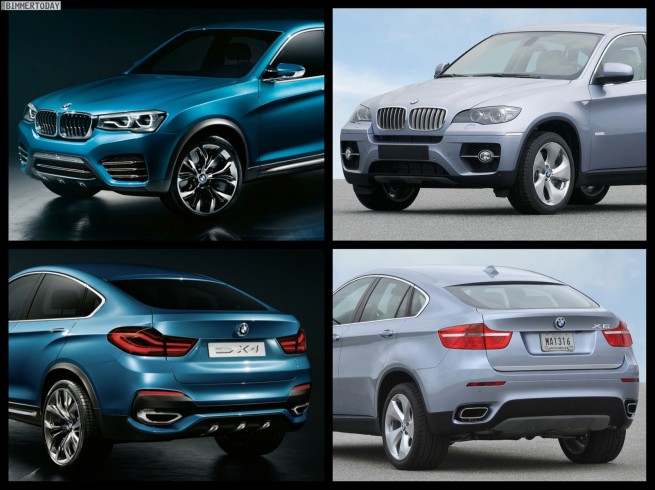 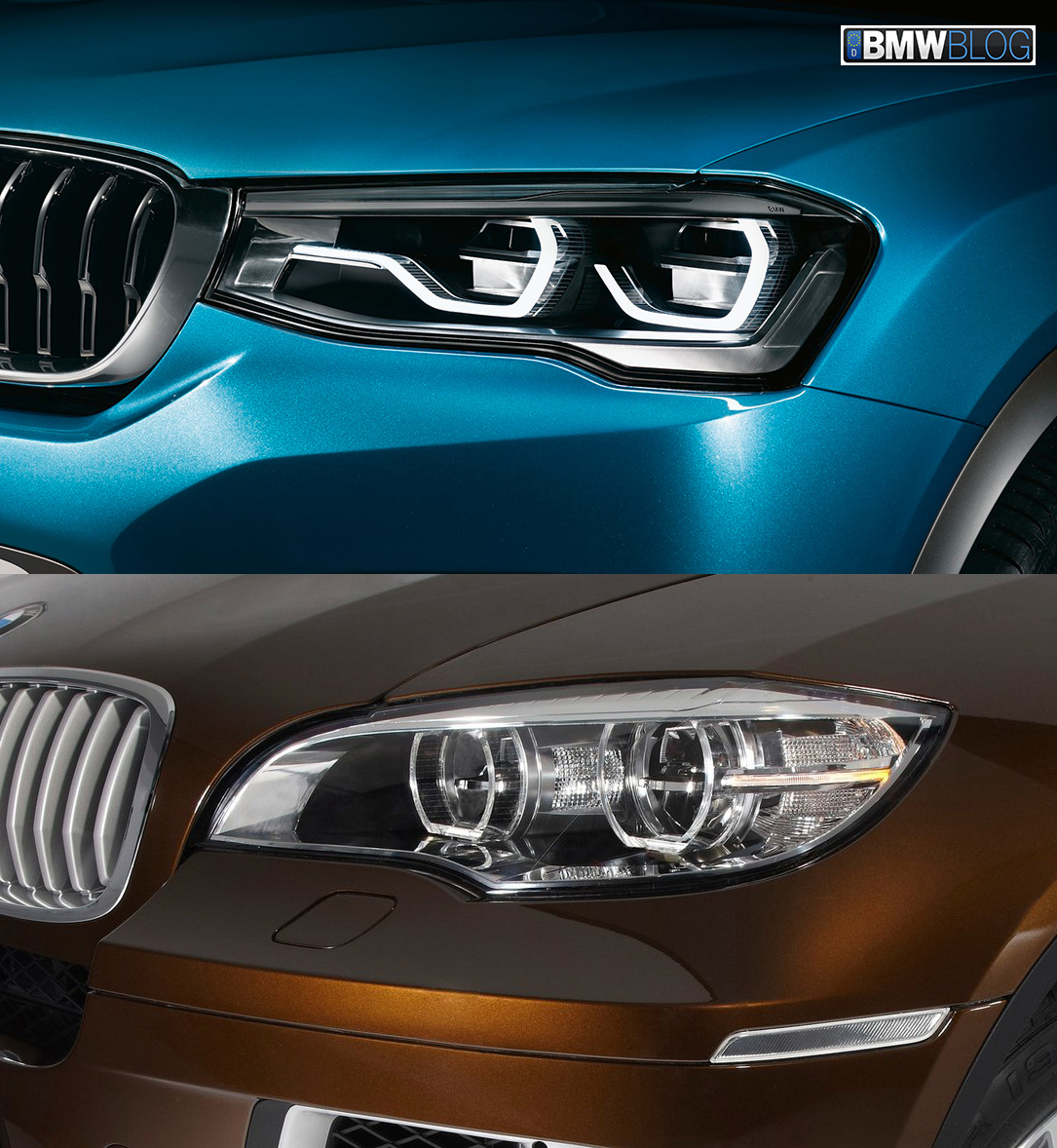 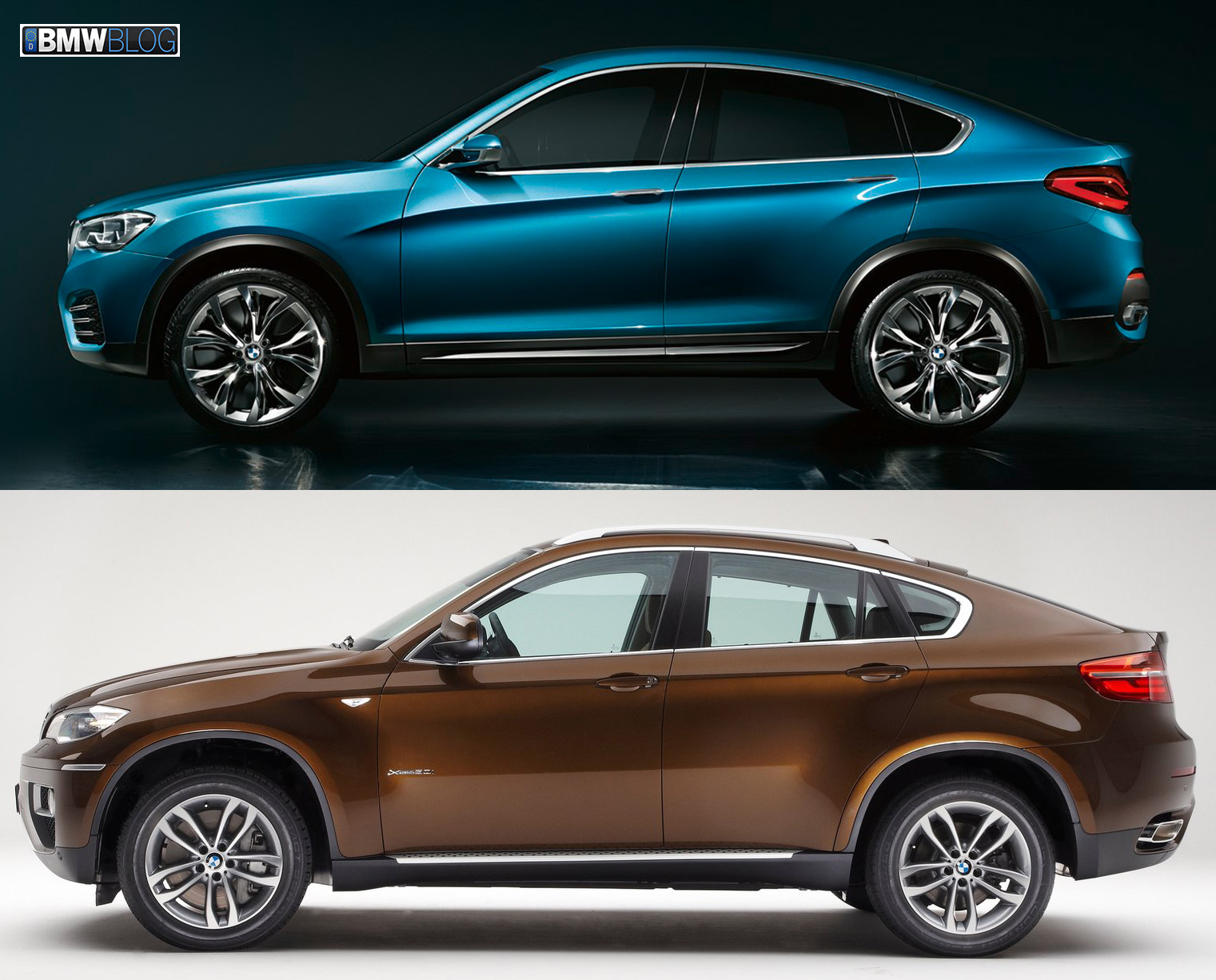