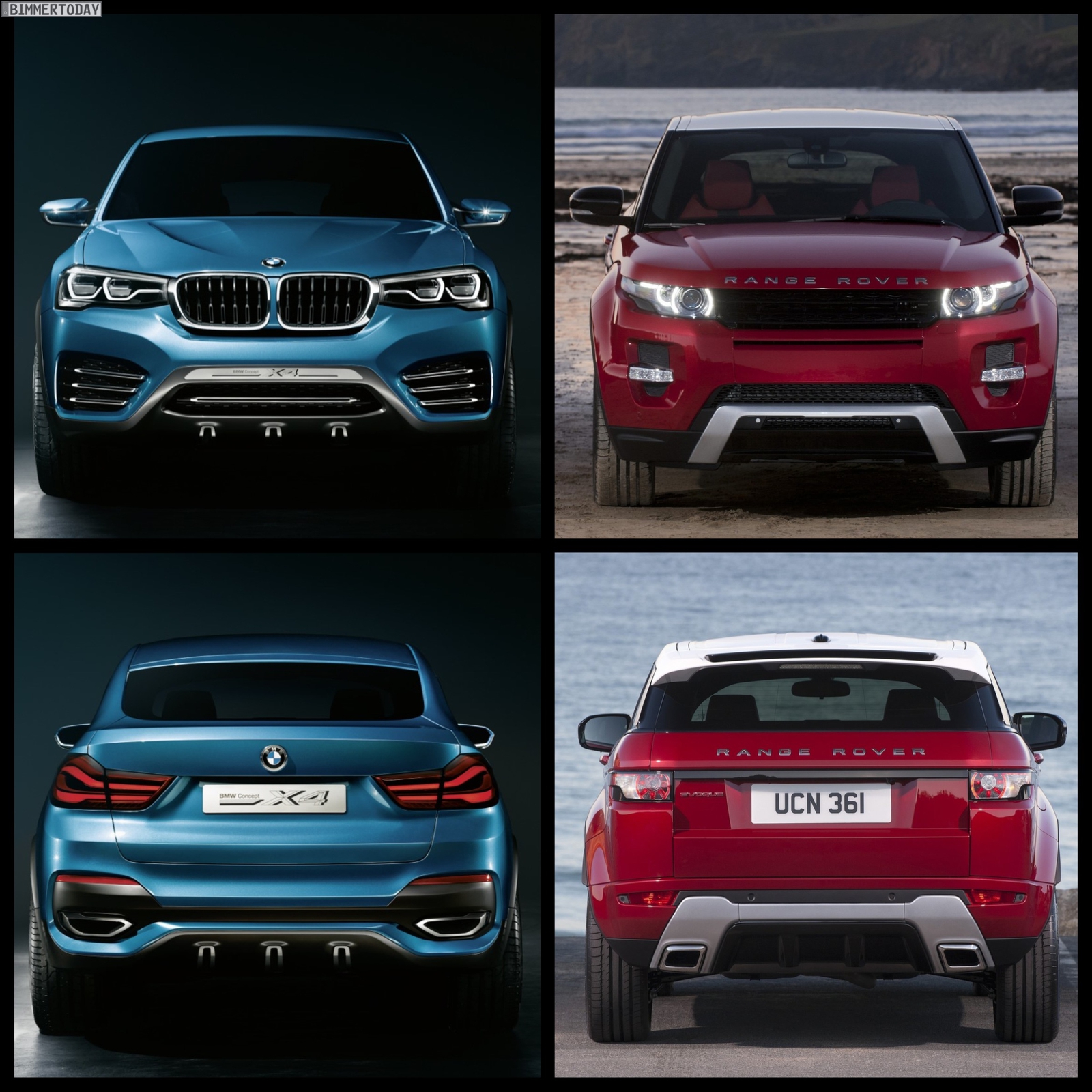 BMW X4 made its world debut earlier today. Presented in concept form, the smaller brother of the X6 is heading to Shanghai for a public unveiling. The X4 will take on the Land Rover Evoque, as well as the forthcoming Q6 and Macan models being co-developed by Audi and Porsche.

The BMW X4 uses the same platform as the X3 SAV and judging by the initial photos, it is quite a looker. The BMW design team is continuing down the path of recently unveiled models and some design cues are becoming iconic, 3D kidney grilles and “squared” circular headlights are some of them that come to mind.

As expected from a smaller Sports Activity Coupe, the side design is dominated by the elegant coupe style roofline makes the X4 appear longer and more dynamic. 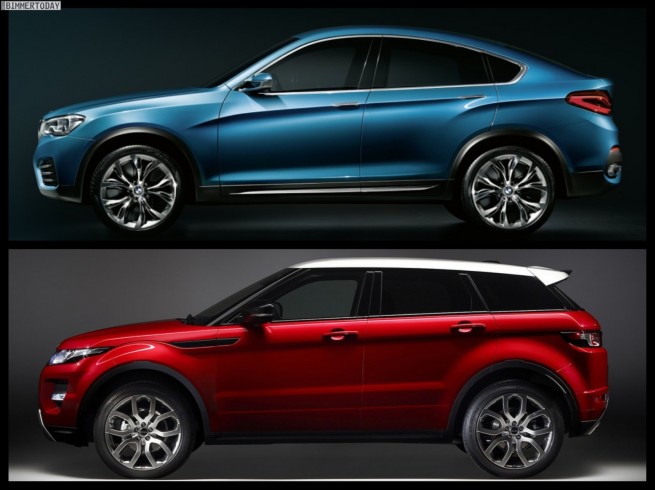 While comparison test drives are more than a year away, we have taken the liberty to visually compare the two sporty compact Sports Activity Coupes. Please take the time to share with us your impressions as well as vote in the poll below. 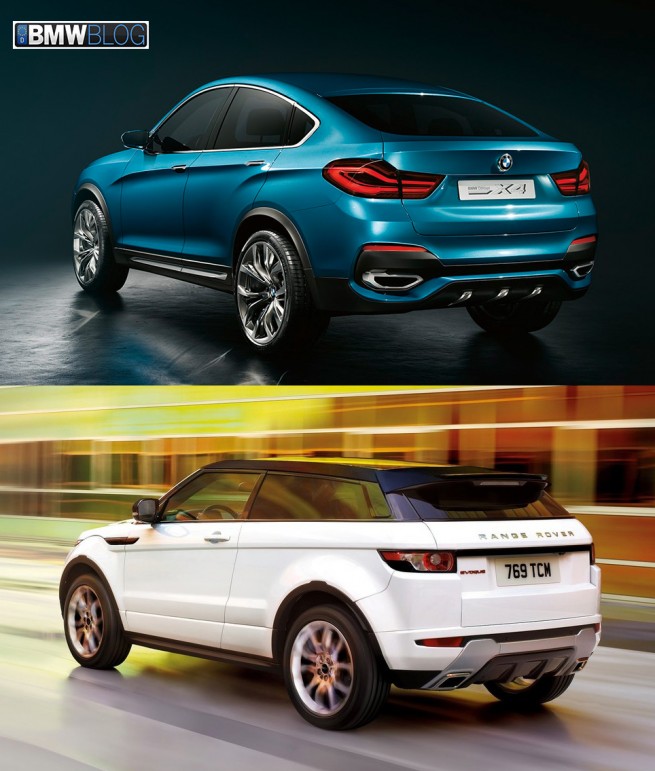 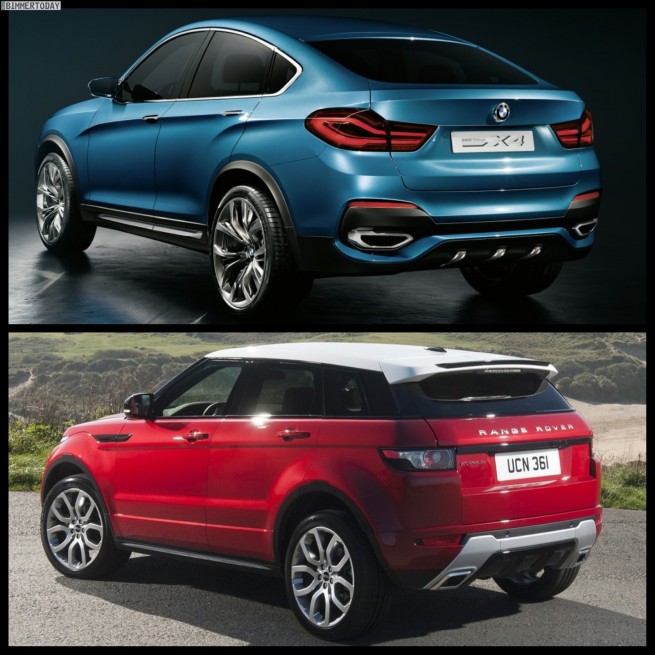 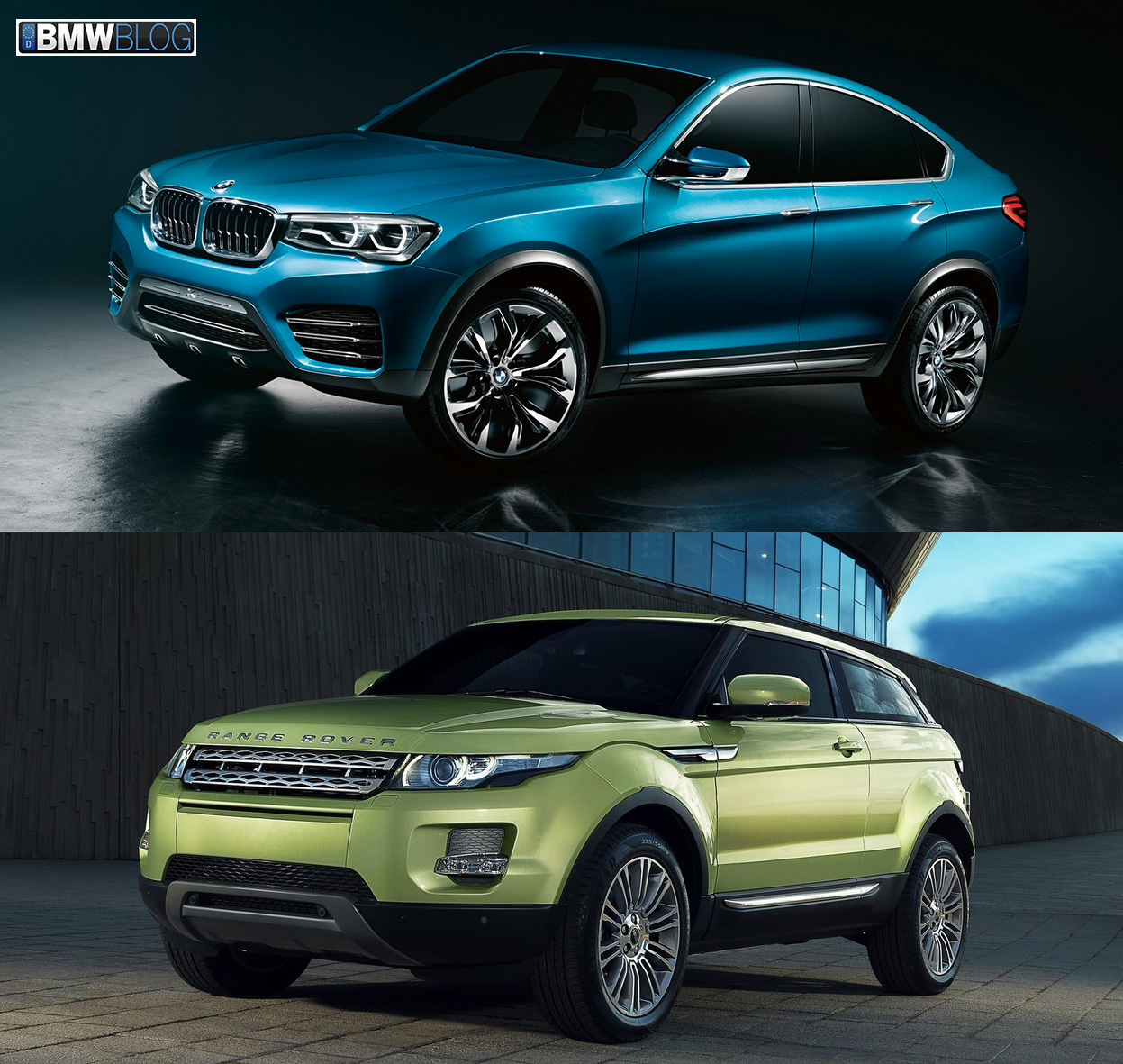 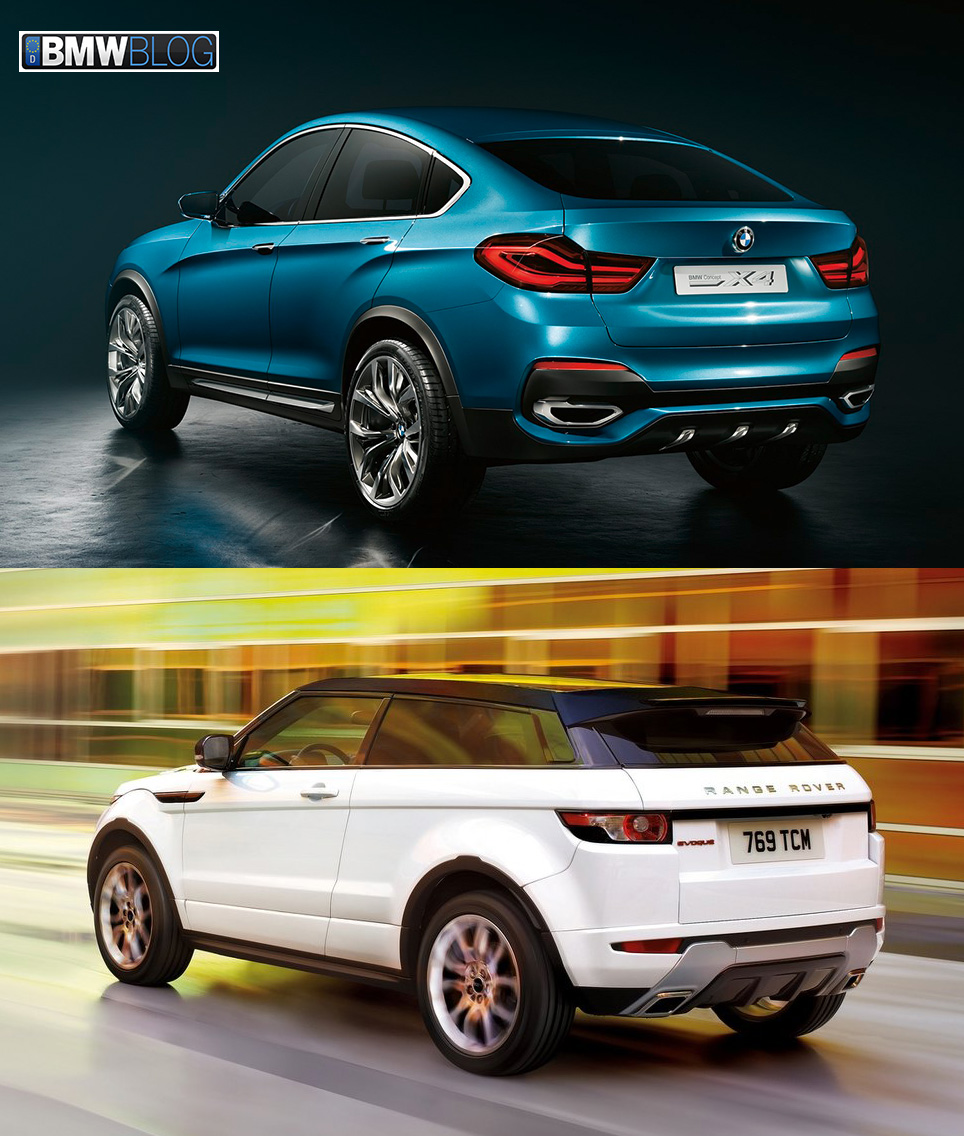 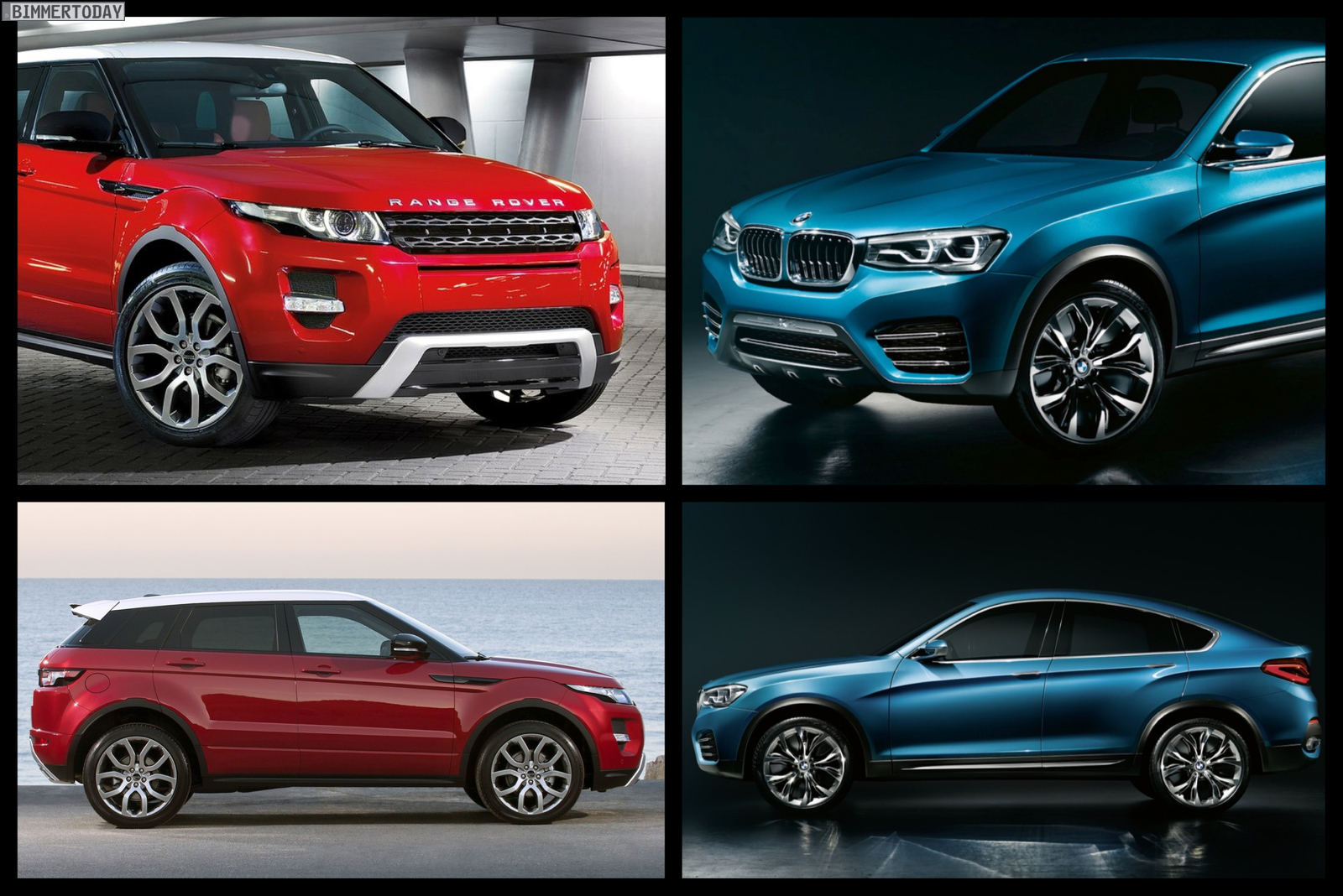 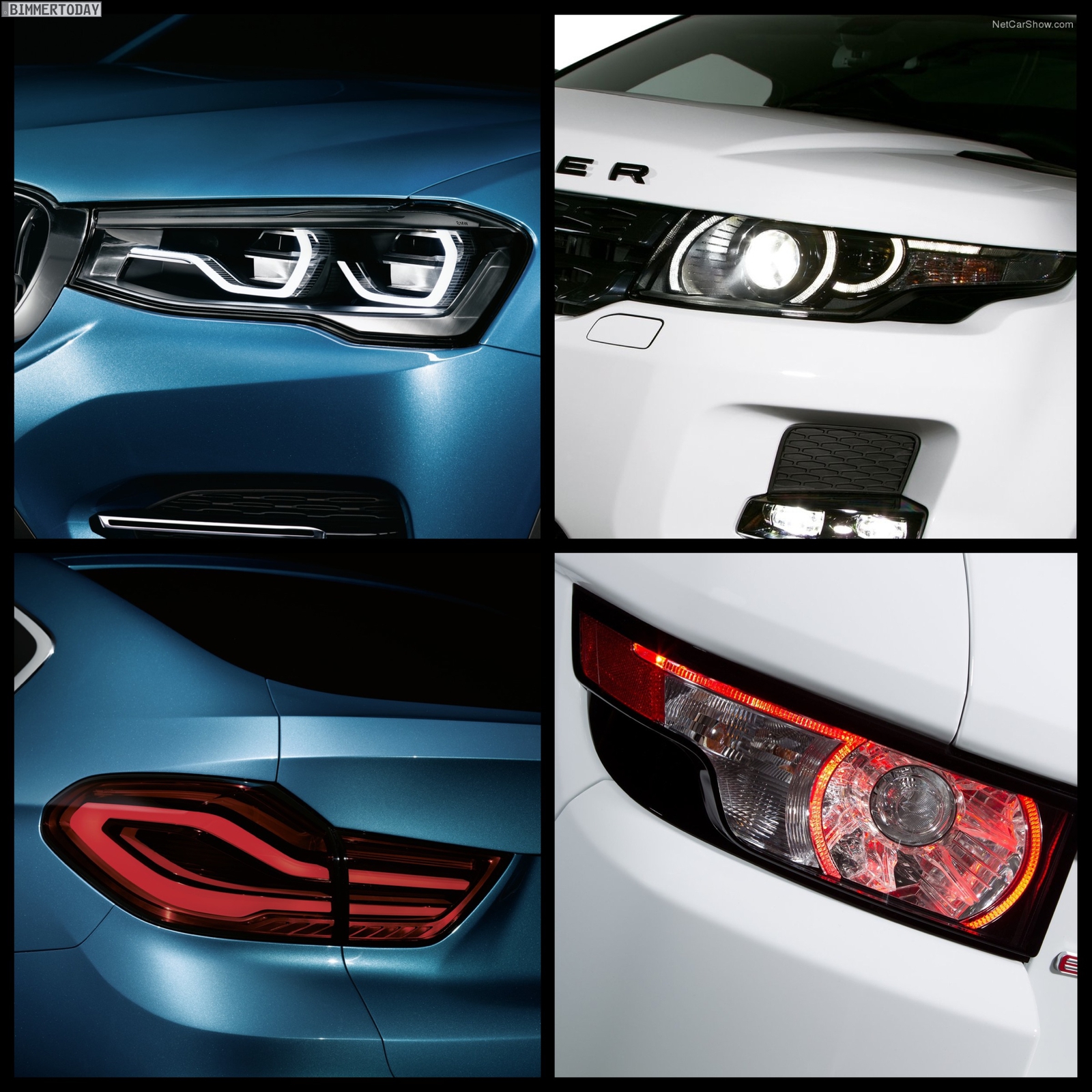 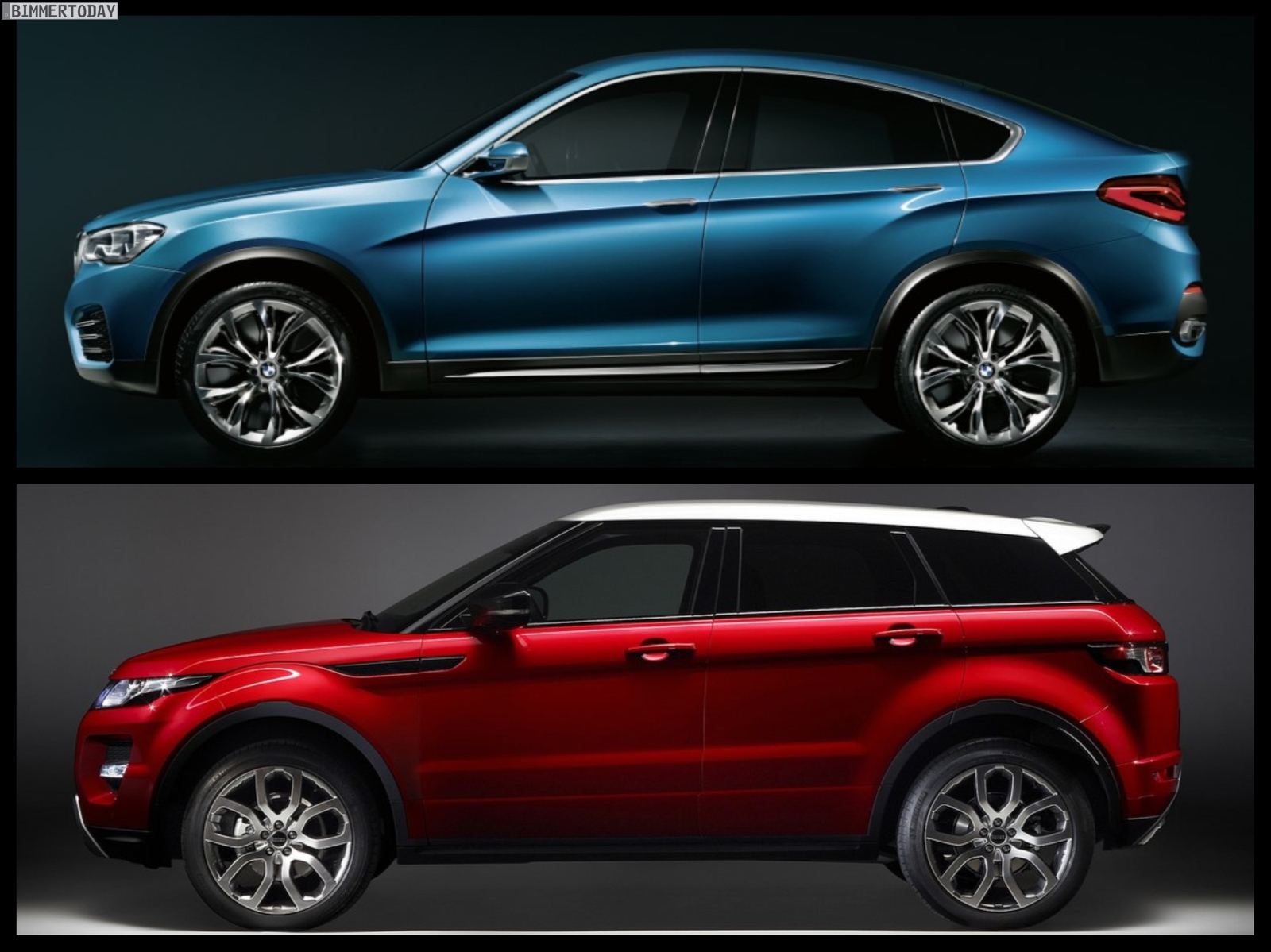 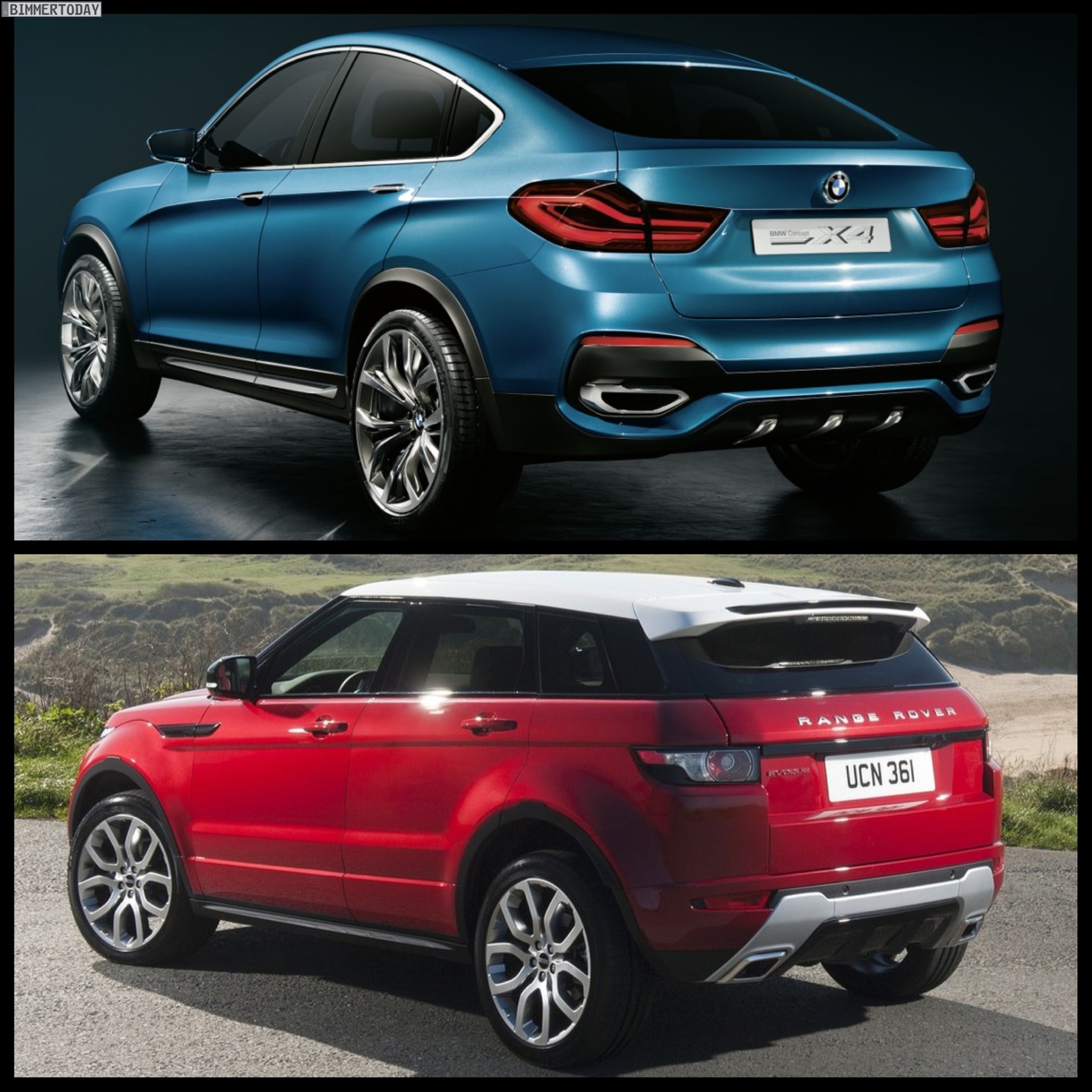