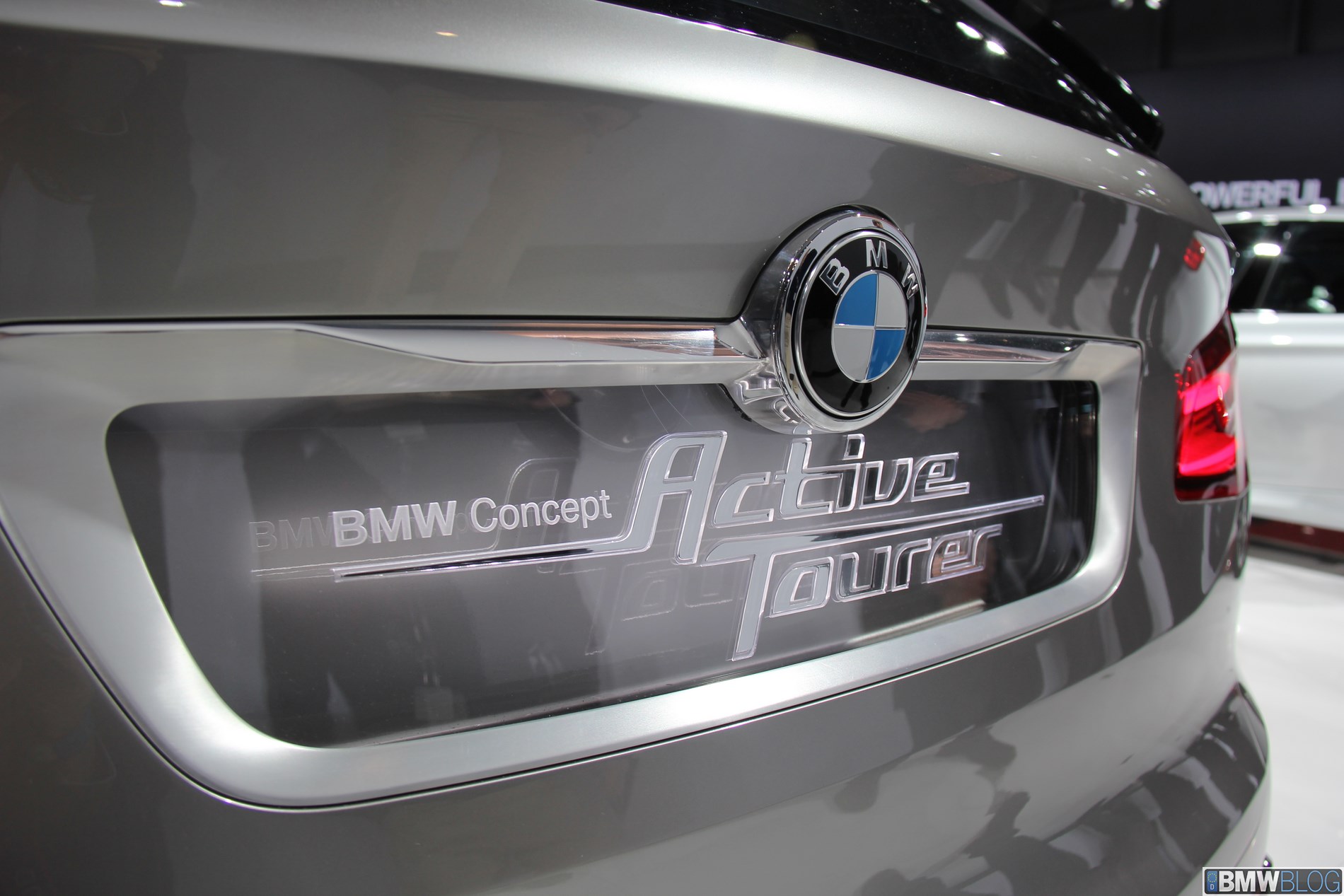 The BMW Concept Active Tourer made its North American Debut at the 2013 New York International Auto Show. The Active Tourer is a plug-in hybrid and sports a long wheelbase with a high roofline. It will combine an electric motor with a 1.5 liter engine. BMWBLOG recently test drove a prototype of this motor and it’s a monster.

20” wheels and a broad stance combined with short overhangs give this plug in hybrid a very aggressive look. It is aimed at those who want a premium segment plug-in hybrid with a raised seating position. Practicality is augmented with a 40:20:40 split fold down rear seat opening up a very large load capacity.

Many die-hard BMW fans nearly choked when they heard BMW was considering making a front wheel drive. However, given the federal mandates that all manufacturers are facing in coming years, it makes sense in this city oriented plug in hybrid. Having seen it now in person, it really is stunning looking. BMW has been making front wheel drives for years now in Minis and they have go-kart like handling, so if anyone can make this thing rewarding to drive, BMW can. 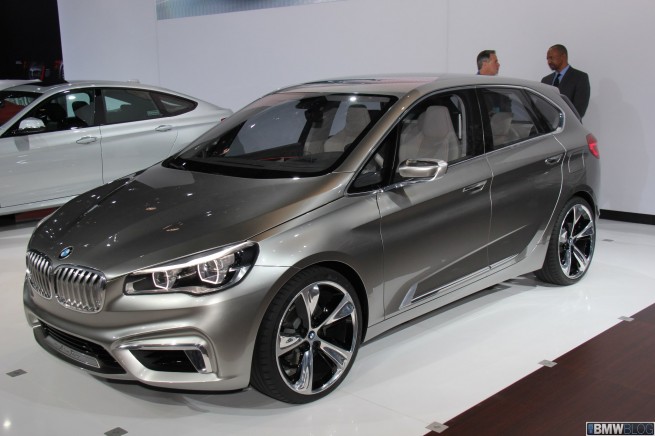 The BMW Concept Active Tourer has a trick iPhone app-controlled roof that can vary the light let into the cabin which BMW calls a “Cool Shade” panorama roof. Cool indeed. It uses Suspended Particle Device technology to go from either crystal clear to a level of powerful sunglasses. Another cool thing is that the dash goes from blue when in ECO PRO mode to a red when put in Sport. It has a nice Head-Up display, but I couldn’t get a good pic of it with all of the lights from the auto show stand. 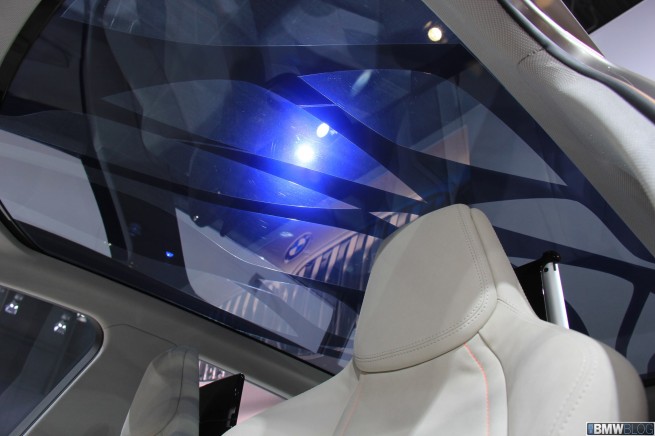 The color of this paint is called High Reflection Silver and looks like it’s just polished liquid metal. BMWBLOG certainly hopes that this paint makes it into production cars. 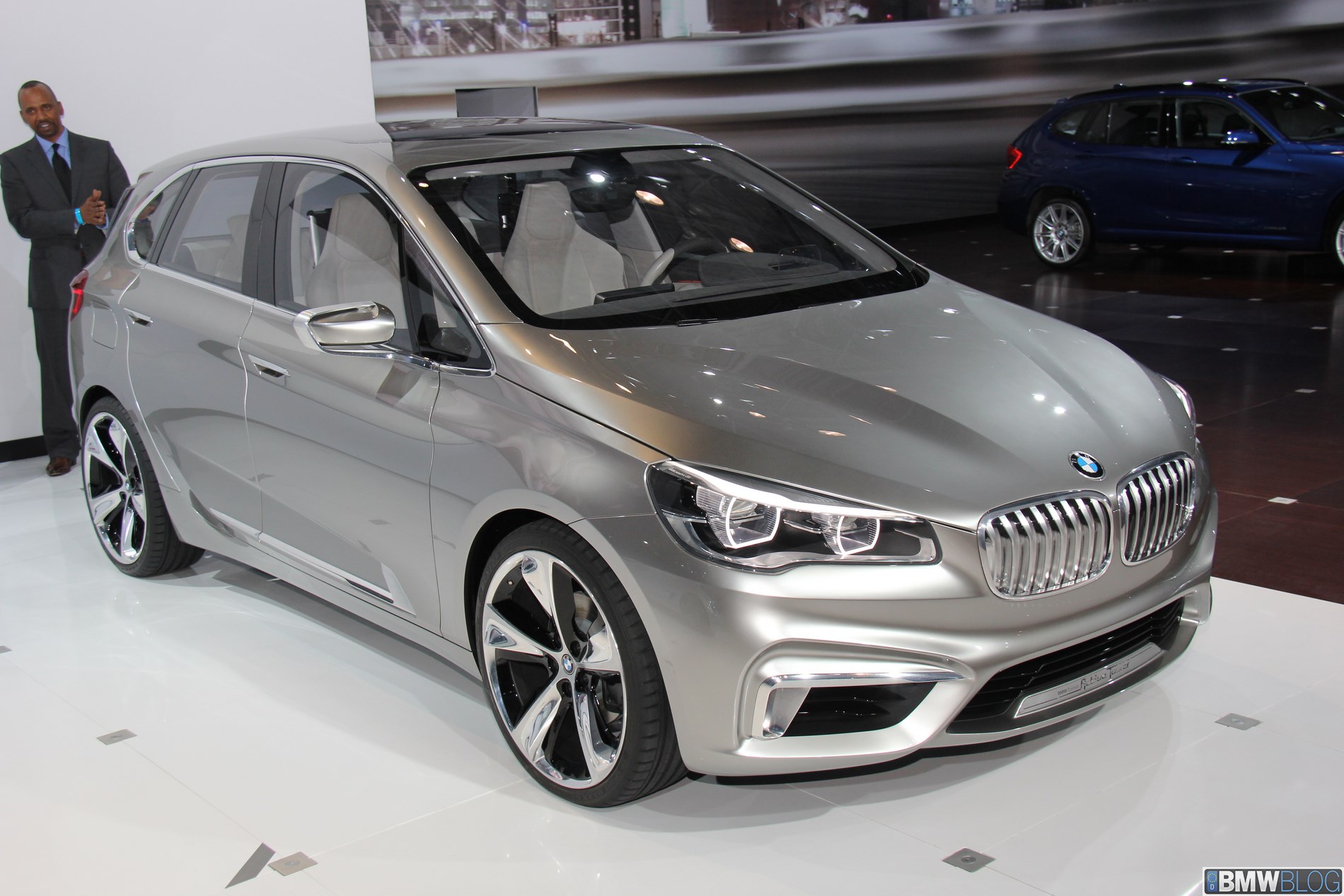 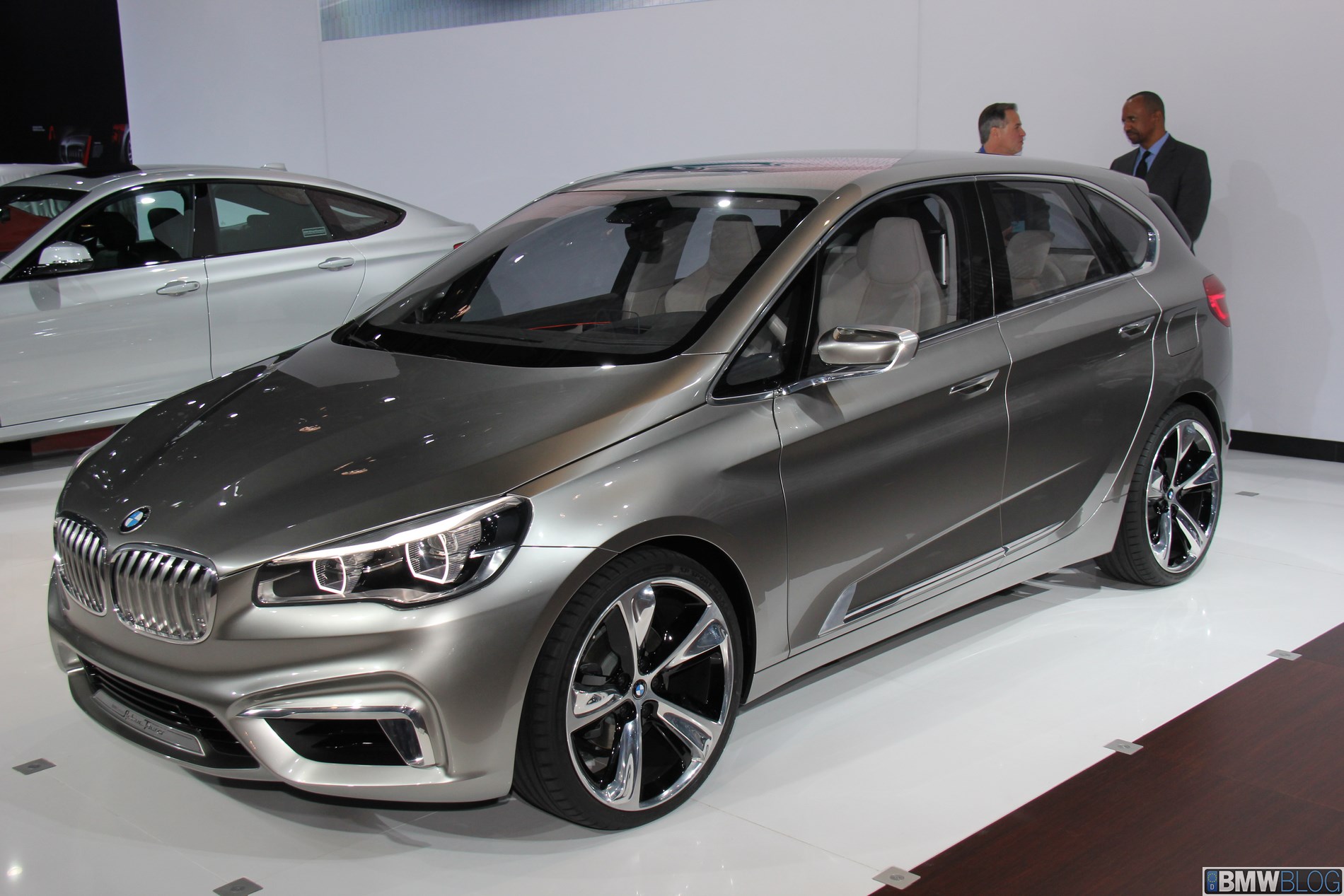 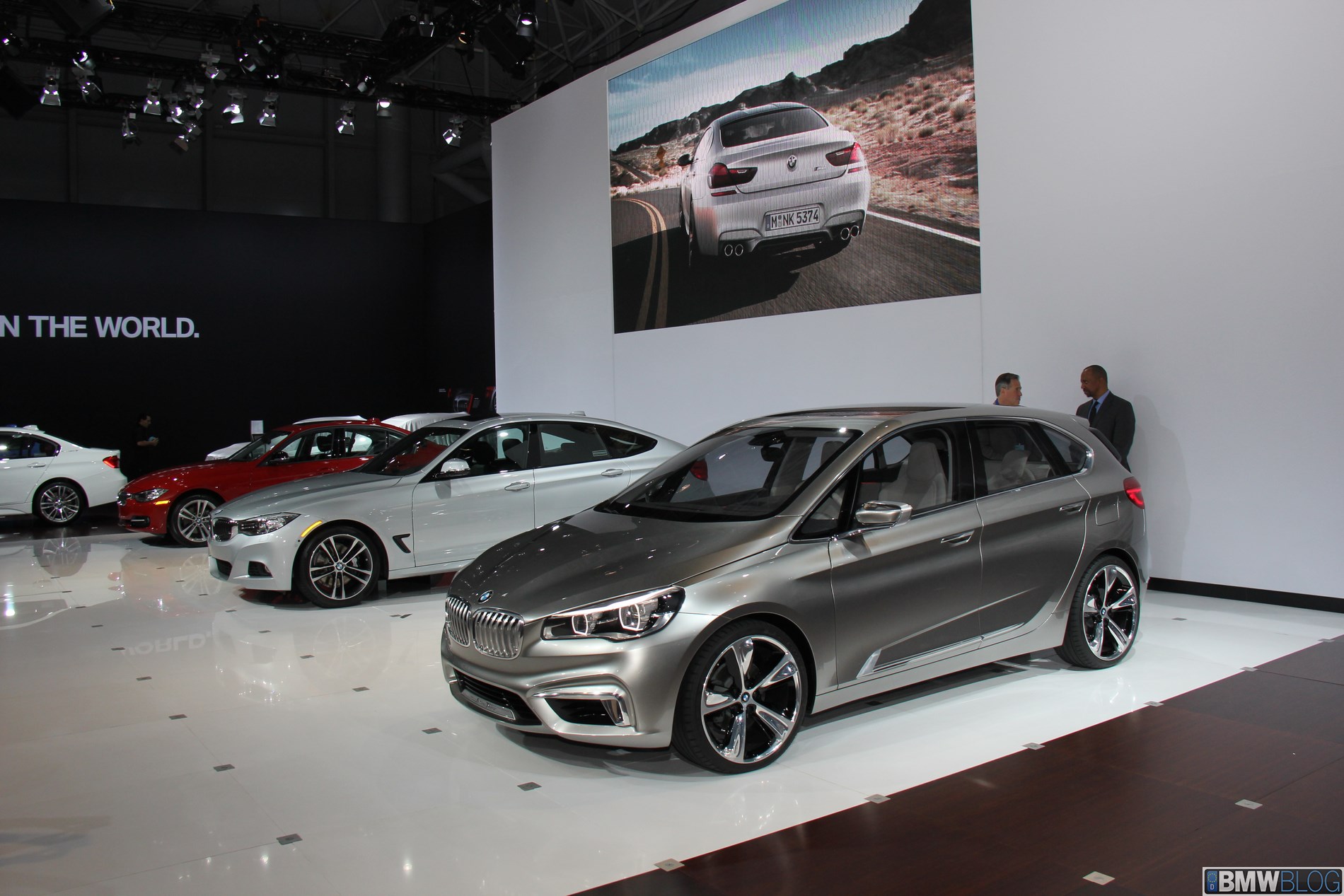 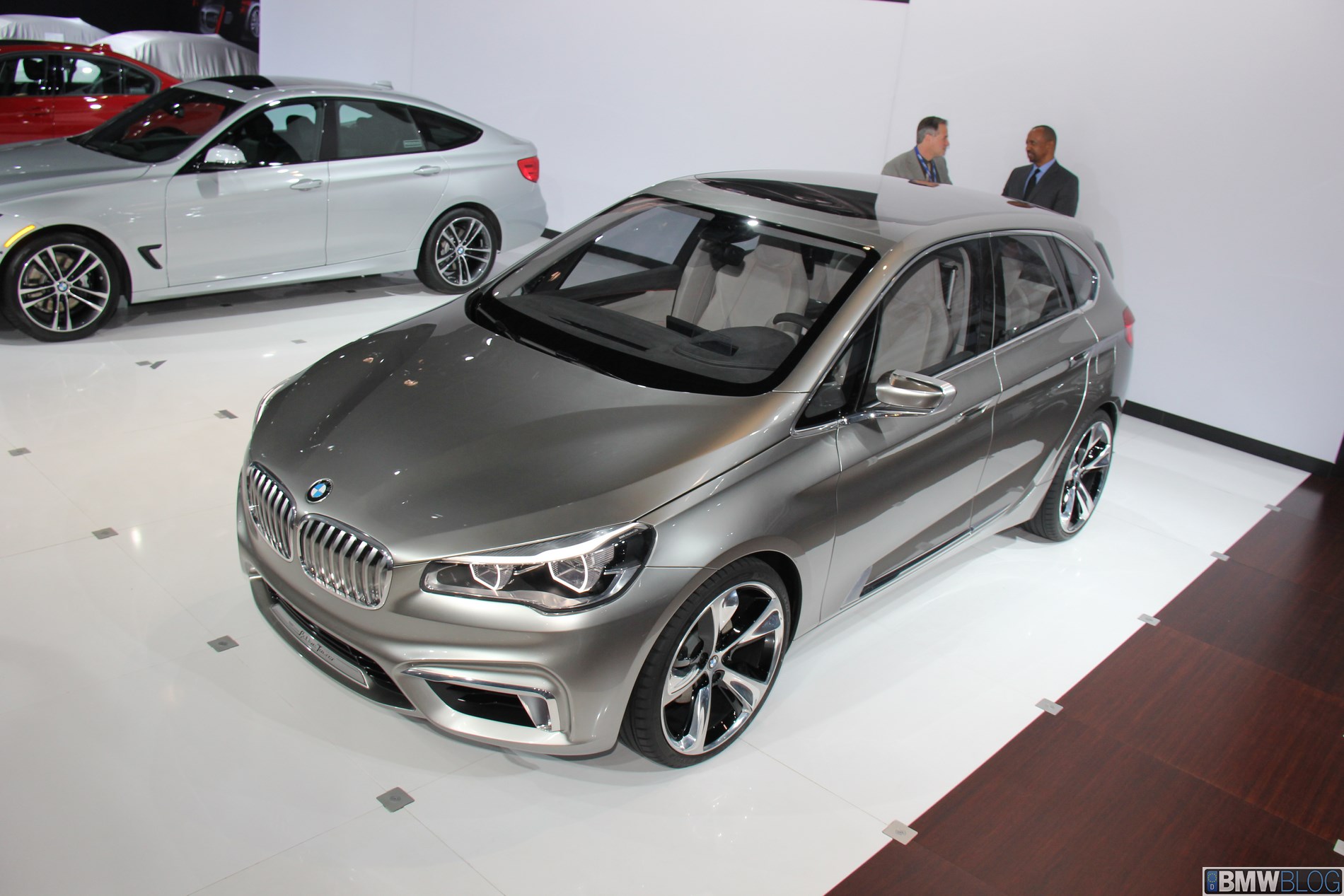 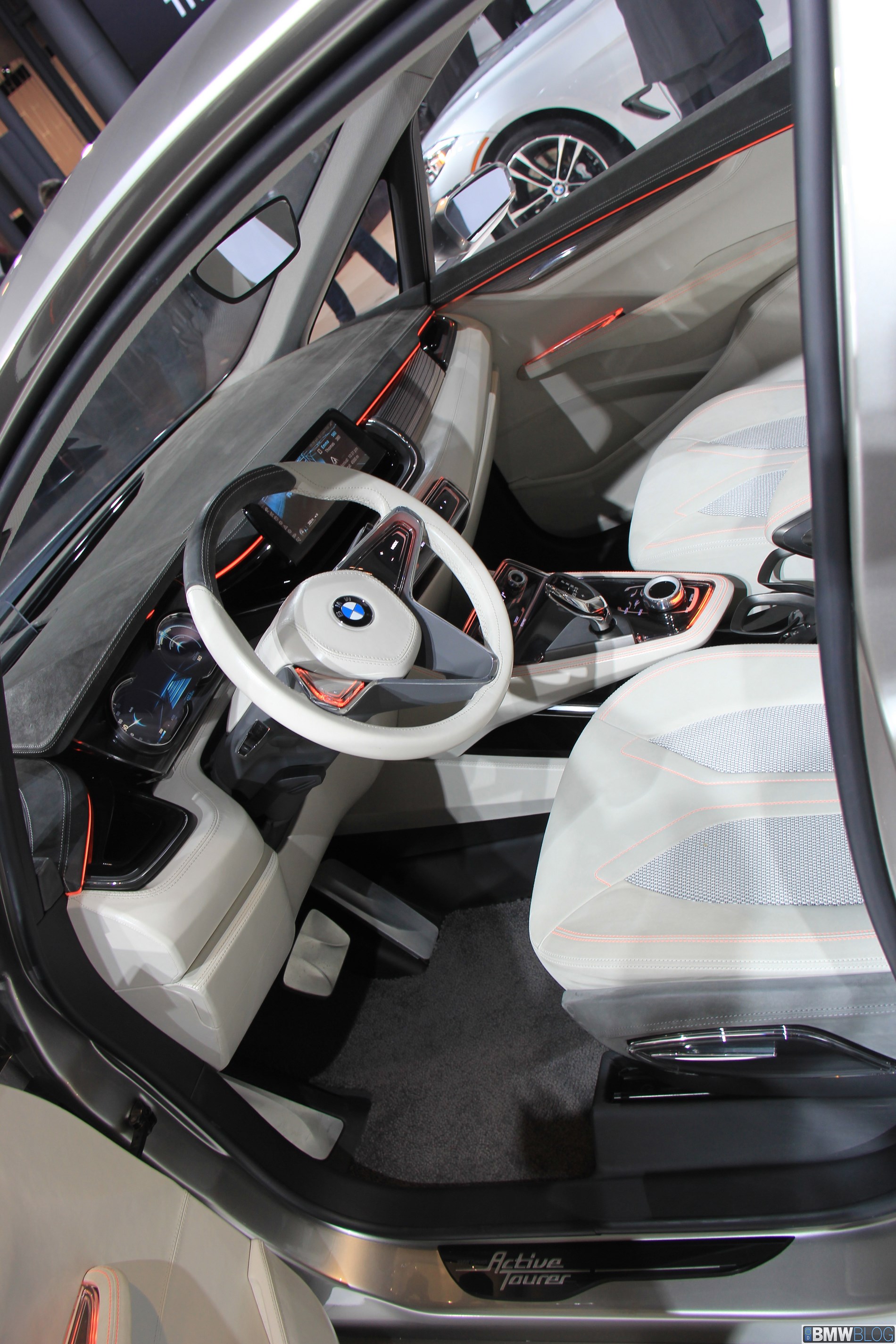 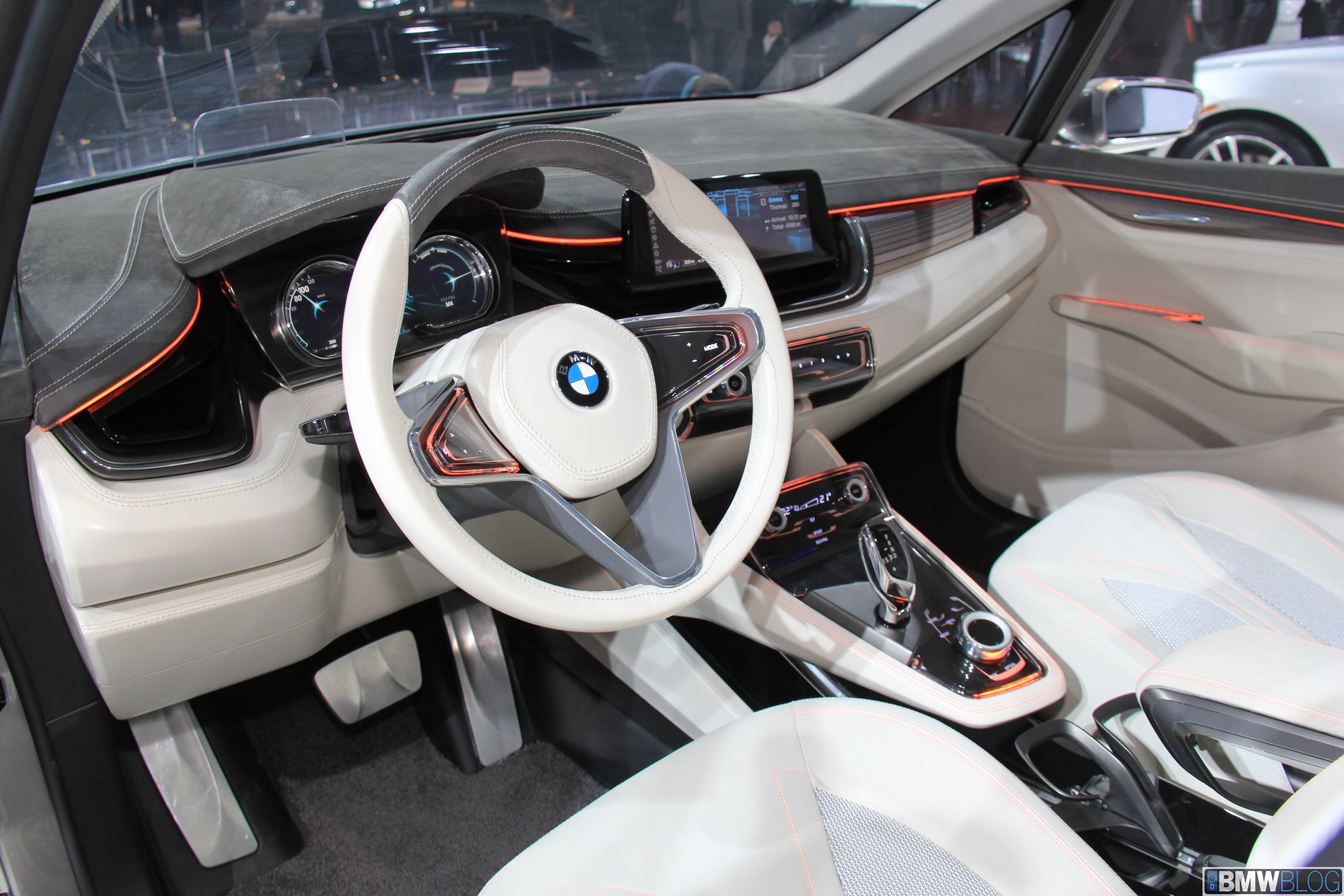 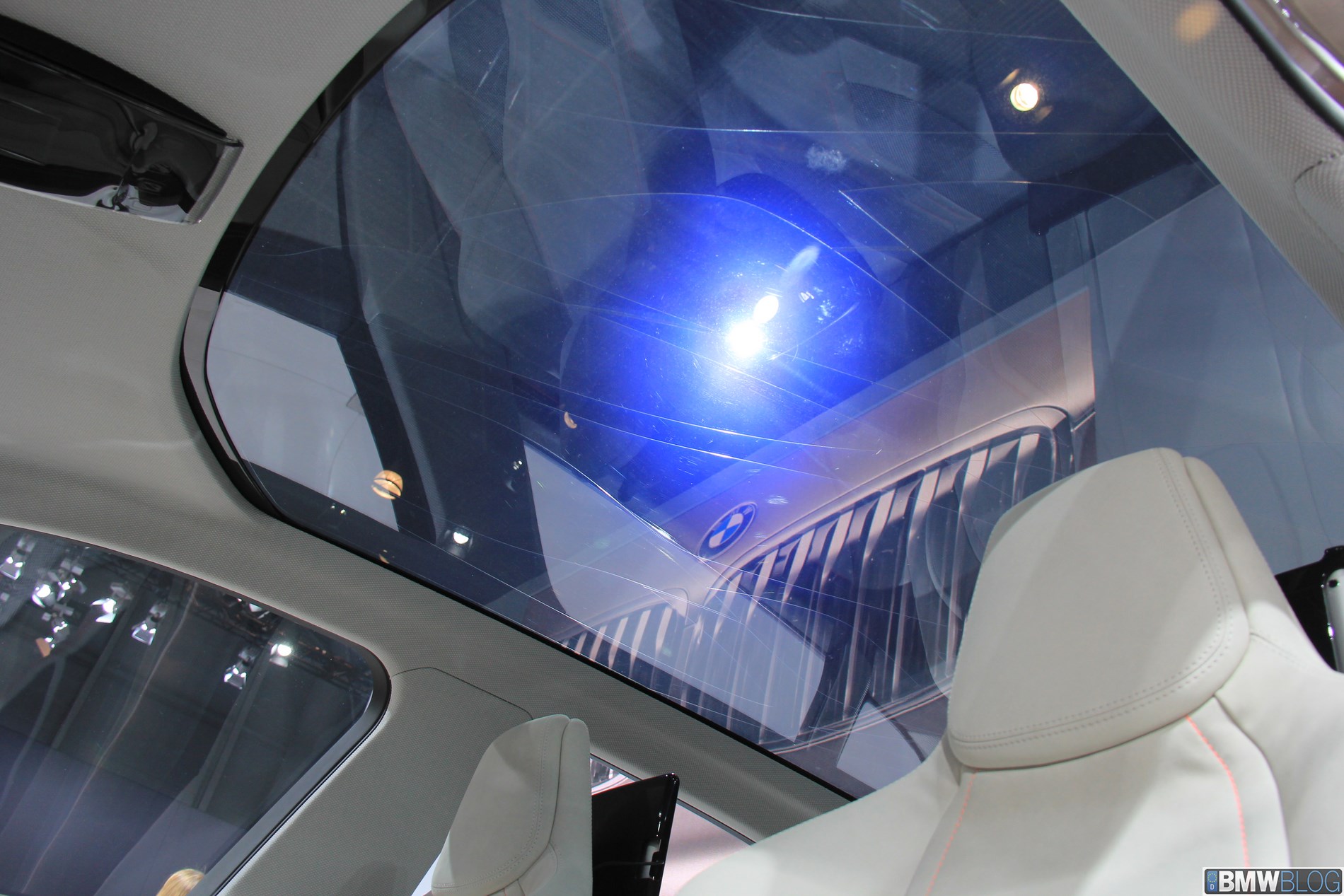 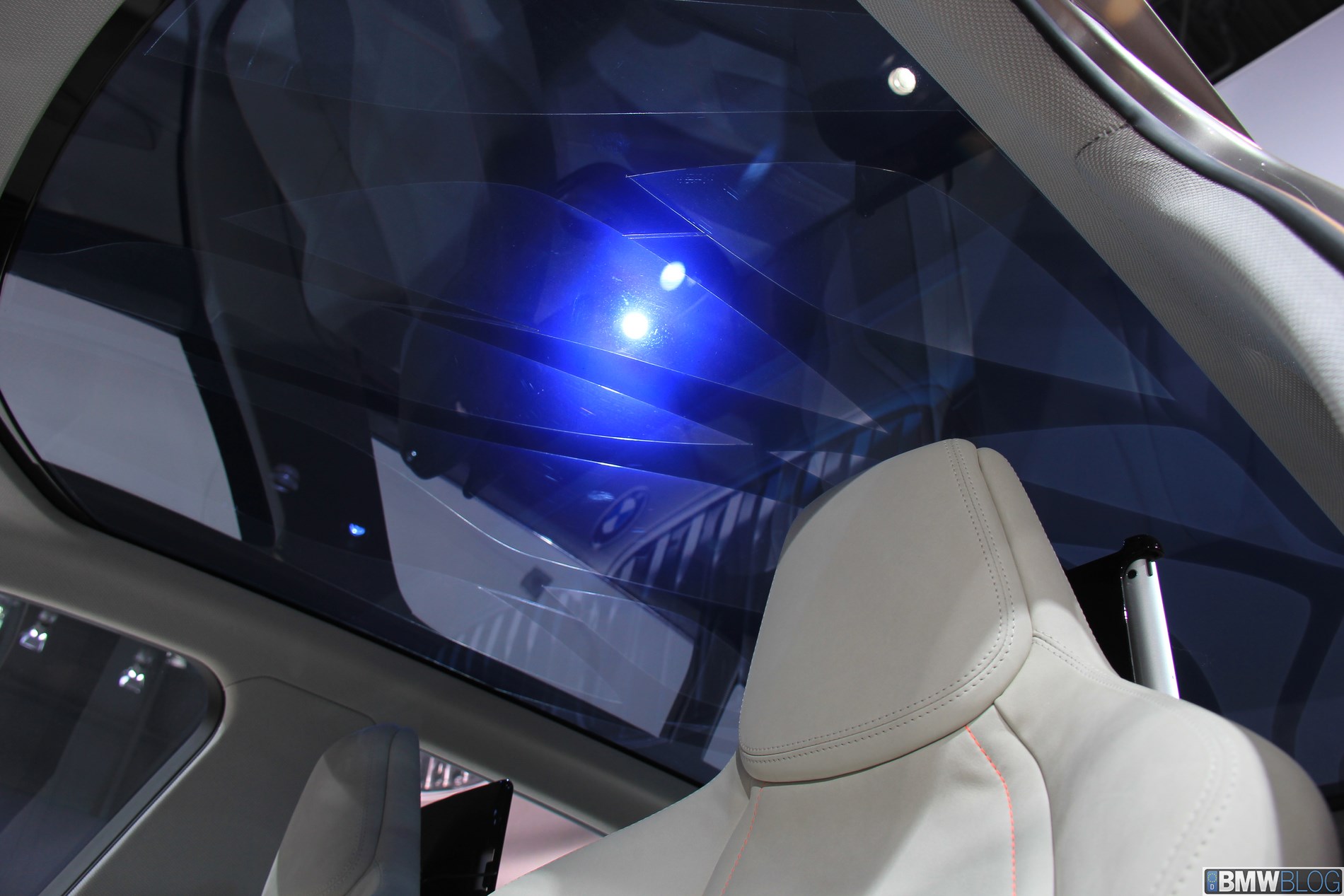 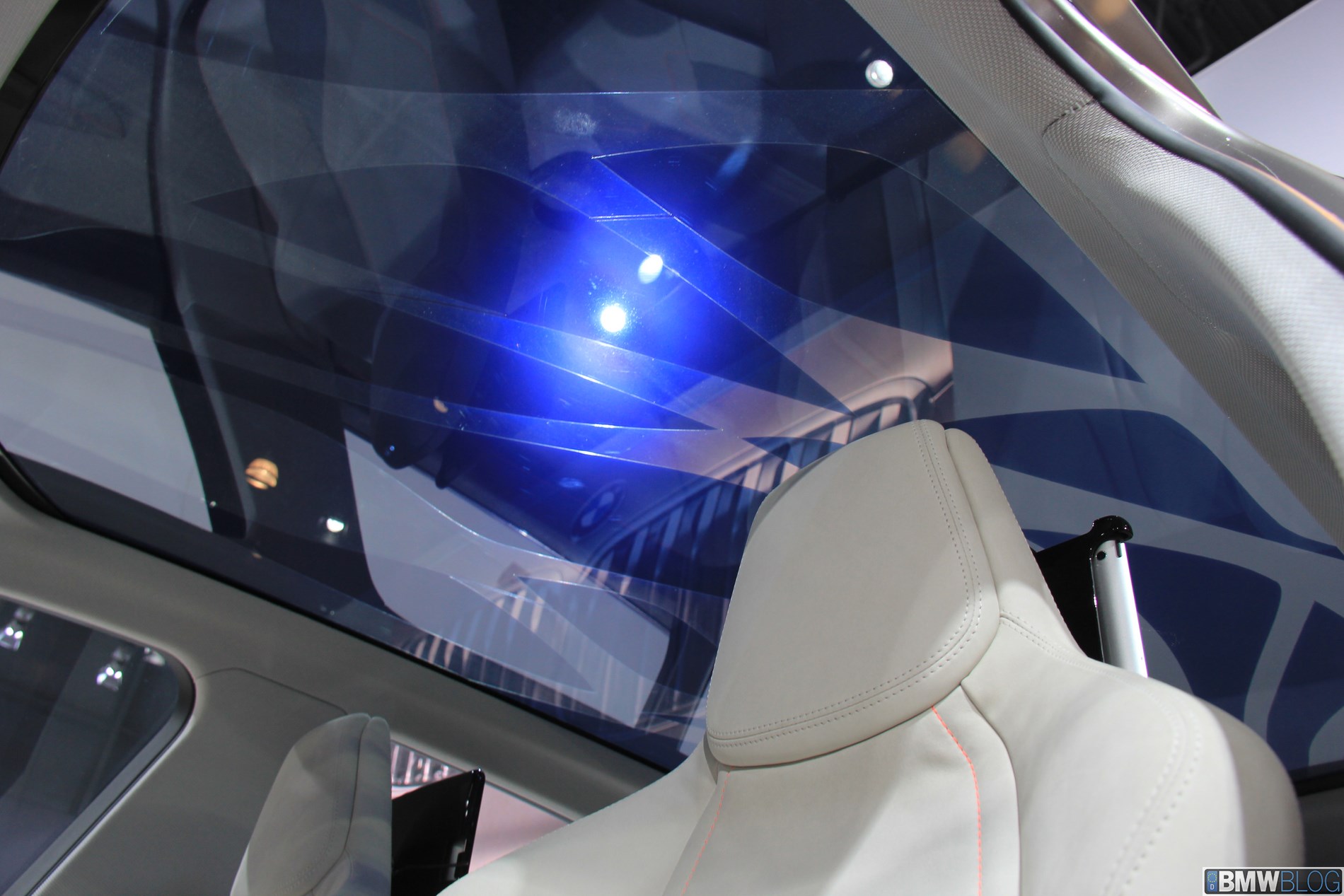 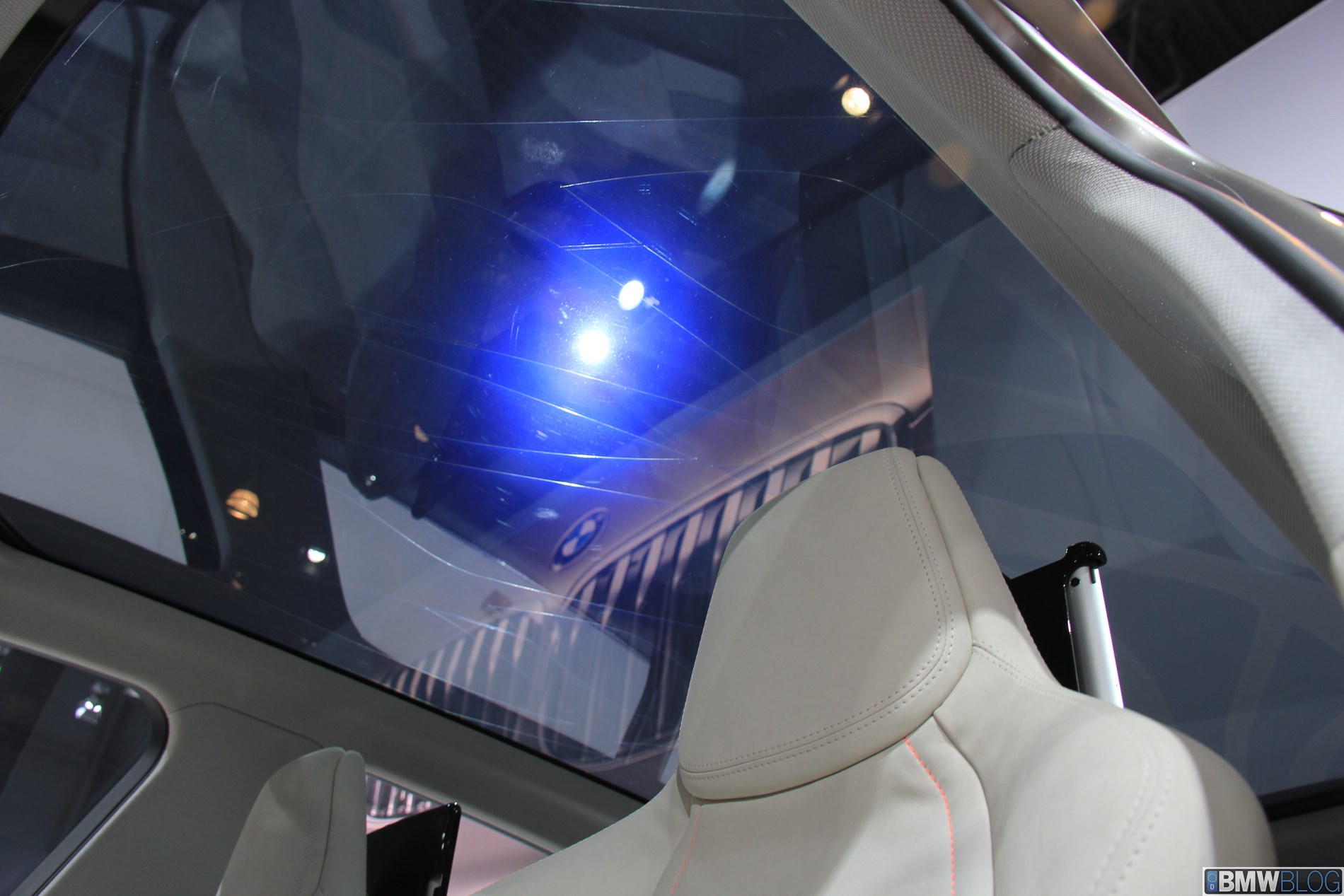 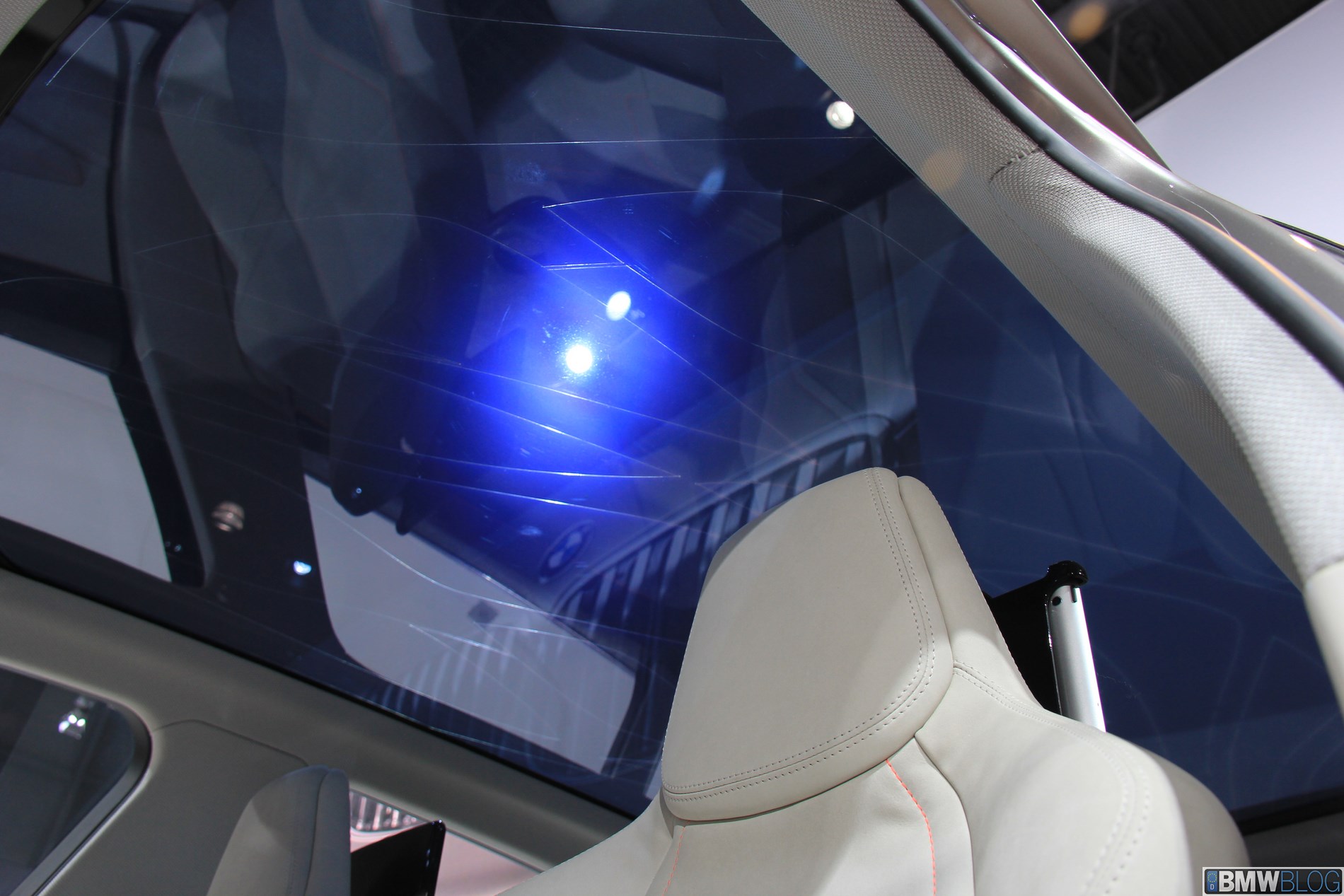