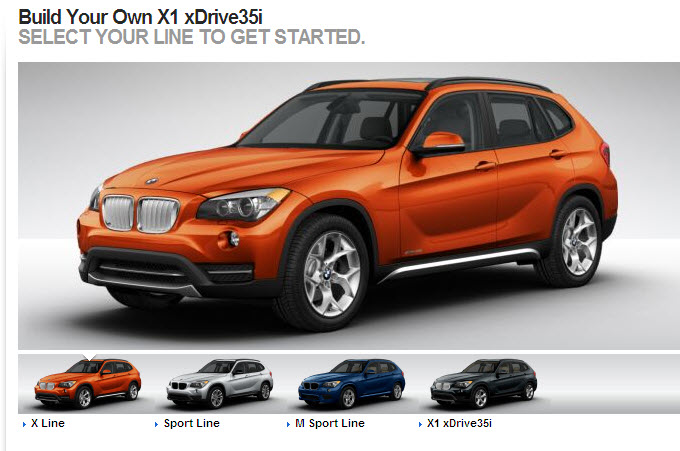 The online configurator for the 2013 BMW X1 just went live on www.bmwusa.com. The new 2013 BMW X1 made its U.S. premiere at the New York Auto Show and will arrive in authorized BMW Centers in the Fall of 2012.

The entry-level premium SAV is built at the Leipzig plant and since its introduction to the European market in 2008, it was sold to over 275,000 customers.

The arrival of the BMW X1 to the US coincides with an update that includes exterior and interior refinements as well as a host of BMW EfficientDynamics technologies. All models feature Brake Energy Regeneration while the X1 sDrive28i and xDrive28i models also benefit from Auto Start/Stop and ECO PRO mode to further reduce fuel consumption. 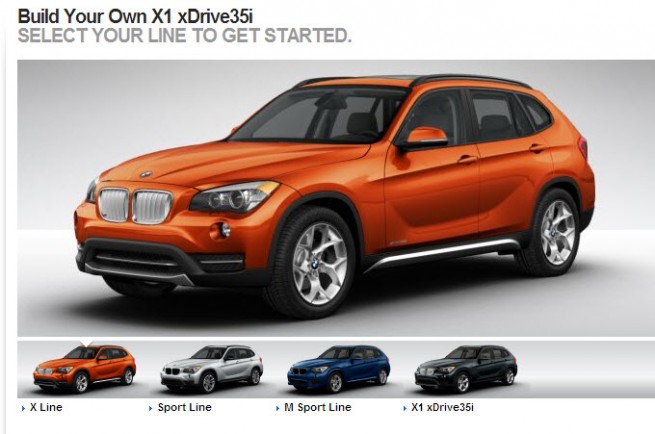 Unfortunately for the 1M fans BMW decided to offer the temporarily exclusive Valencia Orange to the X1 customers also.

For the first time in a SAV, BMW will offer the X1 with two lines: xLine (xDrive) and Sport Line (rear-wheel-drive).  For enthusiasts who want to accentuate the sporting character of their X1 even further, an M Sport Package is also available.