Opposite Lock: The New 1M Takes the Stage

Home » Opposite Lock: The New 1M Takes the Stage 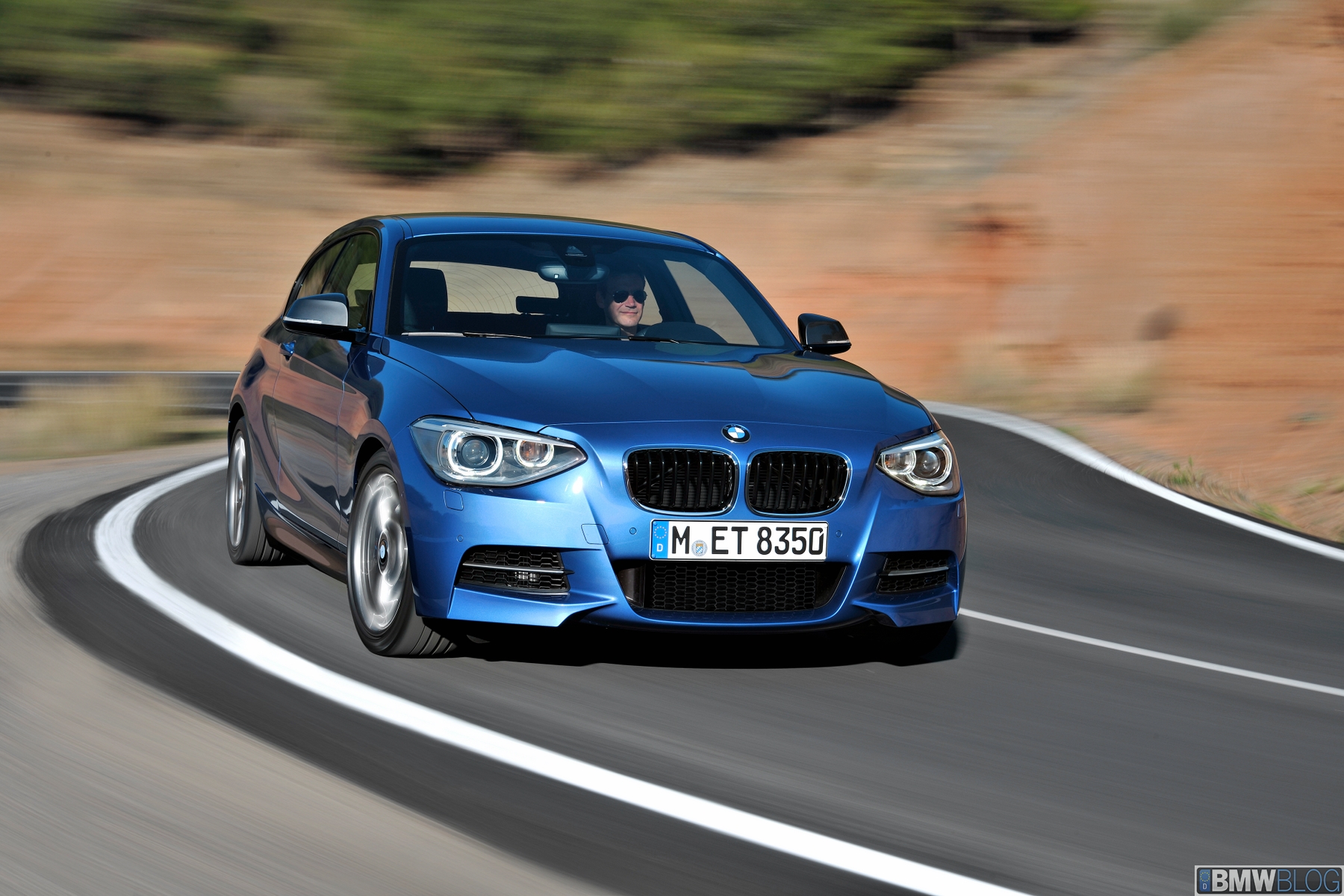 Just the title of today’s Opposite Lock is probably enough to ruffle a few feathers. 1M owners everywhere are clinging to their gearshift in defiance, scowling through the windsheild with a twisted face. But, try the numbers on for size, and the grip on the shift lever may loosen.

As the old adage goes, “math doesn’t lie.” There is only one right answer, and numbers are not to be trifled with. After driving BMW’s all-new 1 series in Berlin, I flew back to Toronto thoroughly impressed. Borrowed from my race track review of the new F20 118i, here are a few quotes to chew over: “Think crazed, rabid squirrel with really big teeth.” “… this is the stuff we lust for, the reason we buy BMWs.” “It is sublime, whining and hissing its way through the gears with lovely audible turbo spool and waste gate pressure releases.” Umm, yeah, I was smitten. The purity of purpose and drive in this new 1er was closer to the classics of yore than any other modern BMW I’ve driven. The light, 2,855 lb chassis felt alive and eager at every moment – begging to be pushed and prodded. No modern BMW – 1M or otherwise – has captured the spirit of the much loved E30 better than this new generation 1 series. 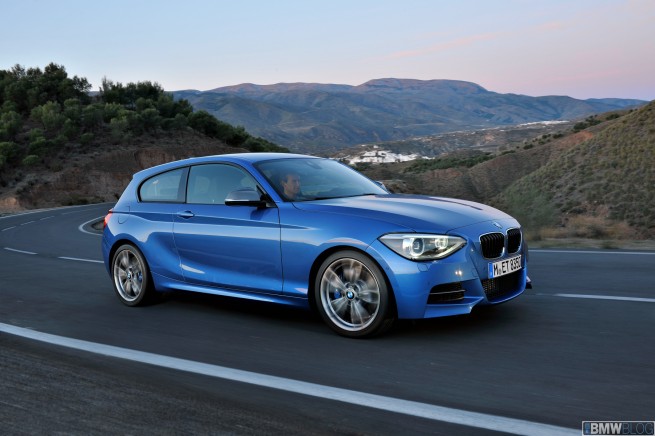 These are big statements, admittedly. But once you’ve had the chance to test drive BMW’s latest 1 series this side of the ocean, you’ll understand my enthusiasm. After completing the race track and back road review, I concluded that the new 1 series is the only BMW currently on sale that I would spend my own money on – it’s the only current BMW on sale that I’m deeply excited to someday own. Naysayers will be quick to point out that I don’t have my name on a Canadian waiting list. But that’s because, at this moment, I’m not in the market for a new car. If I was, I would be hard pressed to find a more engaging, character-packed, fun and frugal ride than the F20 1 series. And we’re “only” talking about the 118i thus far…

Hot off the press, you’ve just seen the first official photos and details of BMW’s all-new M135i. In a way that only M can, the good men and women of Garching have thrown spice and flavor at the F20 until it started flaming in the pan. Starting with the engine, BMW shoe-horned the full-bore 3 liter inline 6 under the hood. Bearing the “N55” designation, the inline 6 is boosted by a single, twin-scroll turbo that produces 320 hp at 5,800 rpm and 332 lb-ft of torque on demand. Do those numbers sound a bit familiar? Thought so. But the good news continues. Whereas the 1M went on a diet, the F20 1 series went for lipo. Finally. And the result is a welterweight 3,168 lbs (1,440 kg) at the curb. This victory in weight reduction allows the M135i to undercut the 1M’s still pudgy heft of 3,359 lbs (1,526 kg) by 191 lbs. 191 lbs! Anyone who has pushed for tenths of a second at the racetrack, or driven a sports car above 7 / 10ths pace on challenging back roads knows what a huge difference in feel and spirit nearly 200 lbs will make – nevermind in outright performance. Whereas increasing horsepower will improve straight line speed and acceleration, every pound lost will improve longitudinal acceleration, braking, lateral acceleration (cornering), as well as agility. Weight loss also improves efficiency as the car’s engine has left heft to fight against. Brakes and tires will last longer. But most important, the spirit and persona of the car will feel elevated, playful and edgy, eager and ready. As a dance partner, the M135i is sure to be light on its feet. 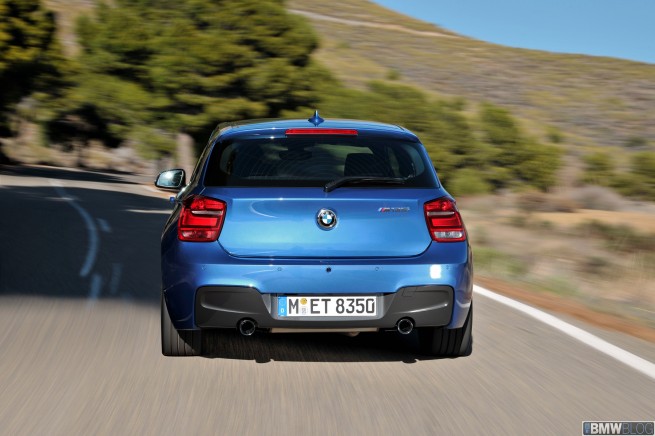 True, the M135i tips the scales in its favor, partially because it’s missing some essential hardware: namely a limited slip differential. The 1M borrowed its LSD from the M3, and this addition added a few pounds. But I can’t think of anything else missing. On paper, the M135i looks to be a complete performance package.

The semantics slightly annoy me. BMW have gone out of their way to declare the M135i not designed for track use – as are full blown M cars. That’s like releasing a new (and improved) BBQ and proclaiming it’s not meant to cook chicken. Games, I say. Clearly, the suspension tuning is softer than that of the 1M – and for track use this is not preferential. But neither is it a big deal. A little more body roll does not significantly effect the way the suspension kinematics apply the rubber to the ground. Transitions will be exaggerated, but with 191 lbs less to transition – the car will hardly feel out of place. I expect the M135i to be a brilliant track car – and the go-to new BMW for track enthusiasts and club racers. The new E30 or E36 of the paddock, if you will. With simple performance modifications, namely spring, shock and anti-roll bar upgrades and the addition of a limited slip differential, the M135i will be ready to do battle in a way few cars can. Even-up the tire sizes to 245 square, and what understeer was plaguing you is sure to rescind. Tune the ECU software for more power and you’ll be eating 1M’s for breakfast. 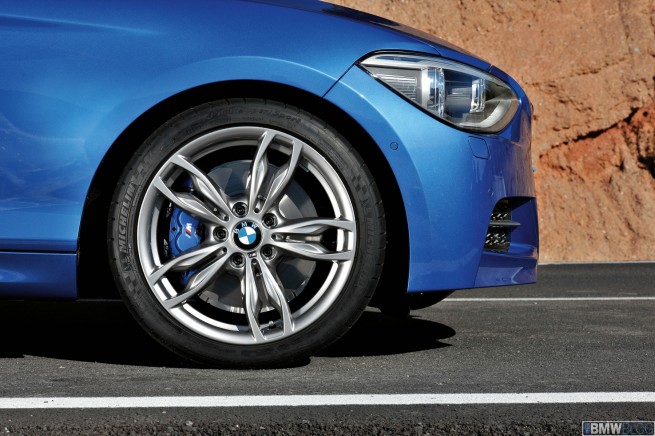 You astutely point out that the new M135i will only best the 1M on track with performance modifications – tire upgrades at minimum. It’s true – out of the box the M135i is likely not quite a match in an all-out track fight. But given the right track and the right driver, the M135i could prevail over the 1M – and that’s close enough to impress in our books. What the M135i lacks in power and rubber, it makes up for in weight reduction – and this will reflect in the stopwatch.

Consider, also, the fact that the M135i achieves significantly better fuel milage (7.5 l/100 km combined) and should sell for several grand less than the 1M, and we have the makings of a winner. Also a nice touch: you can actually get your hands on one once they come Stateside in coupe form – unlike the limited production 1M. 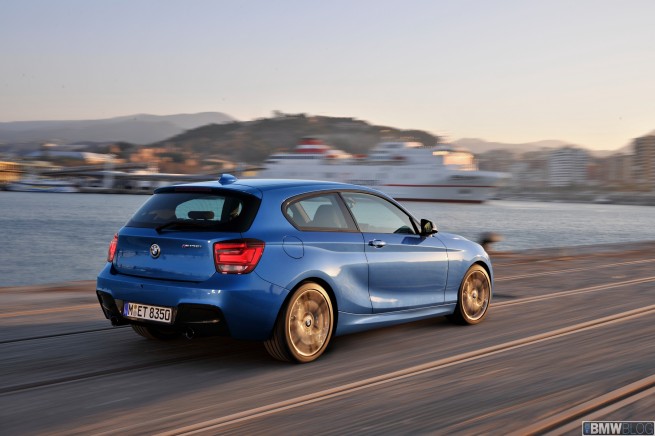 But how will its lines fall to the eye? If the optics of the 5 door hatch are any indication, the new 2-door hatch back F20 is sure to please the optic nerve. I found the 118i’s shape to be masculine, muscular, aggressive and focused (Read our F20 Styling Analysis here). The rear fender flares, in particular, caught my eye. BMW have added more aggressive aero work to improve the M135i’s performance and make it bespoke within the lineup. Withhold judgment until you’ve seen this car in the flesh. Like many modern BMWs it looks far better in person than in photos – and the M135i is sure to broaden this appearance gap.

And what of the romance? Well, if you’re a 1M fan complaining that this car stole its M badge off the parts line – you’d be wrong. Your beloved 1M has an N54 engine with some minor modifications – mainly found in the flywheel and ECU. The M135i has an N55 with some ECU and exhaust tuning, boosting the power by 20 hp. Let’s be reasonable and call it a draw – as far as engines go – neither really deserve an M badge. But let the aural delights of the tuned exhaust tickle your ears as you power through the first few gears, and the spiritual side of the M135i is likely to take hold of your heart. After driving the 118i to it’s wits end, I can only imagine. And I can’t wait to sample the new M135i for the first time. Thus far it is – at least on paper – heir to the 1M throne. 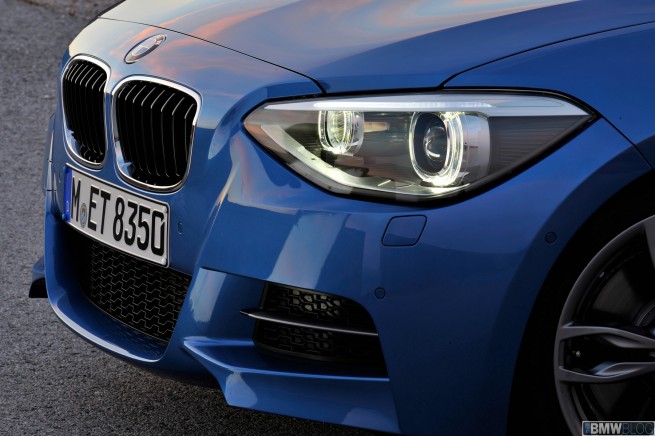 Let’s hear YOUR take. Is the M135i a worthy successor to the 1M? Share your thoughts in the comment section below! 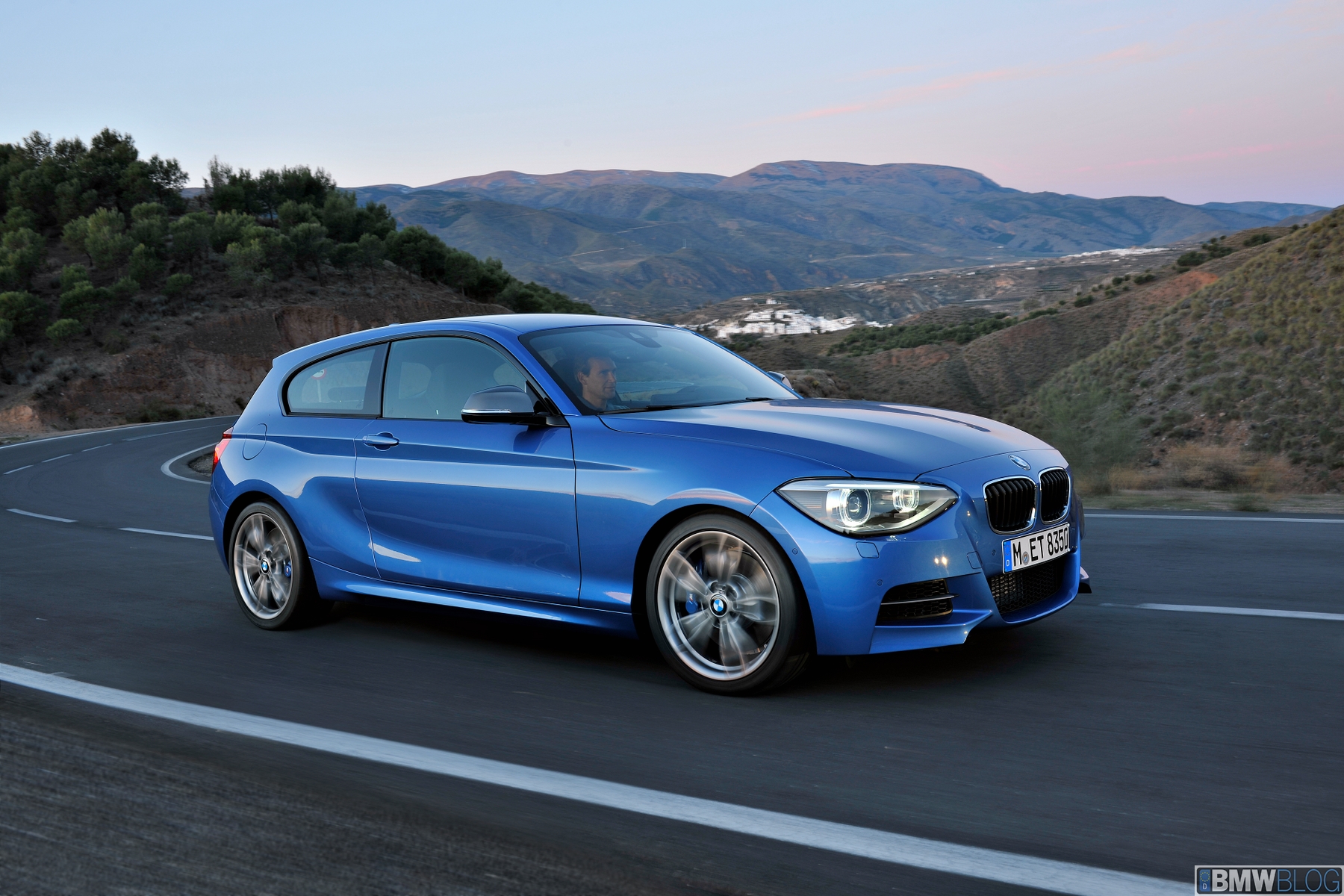 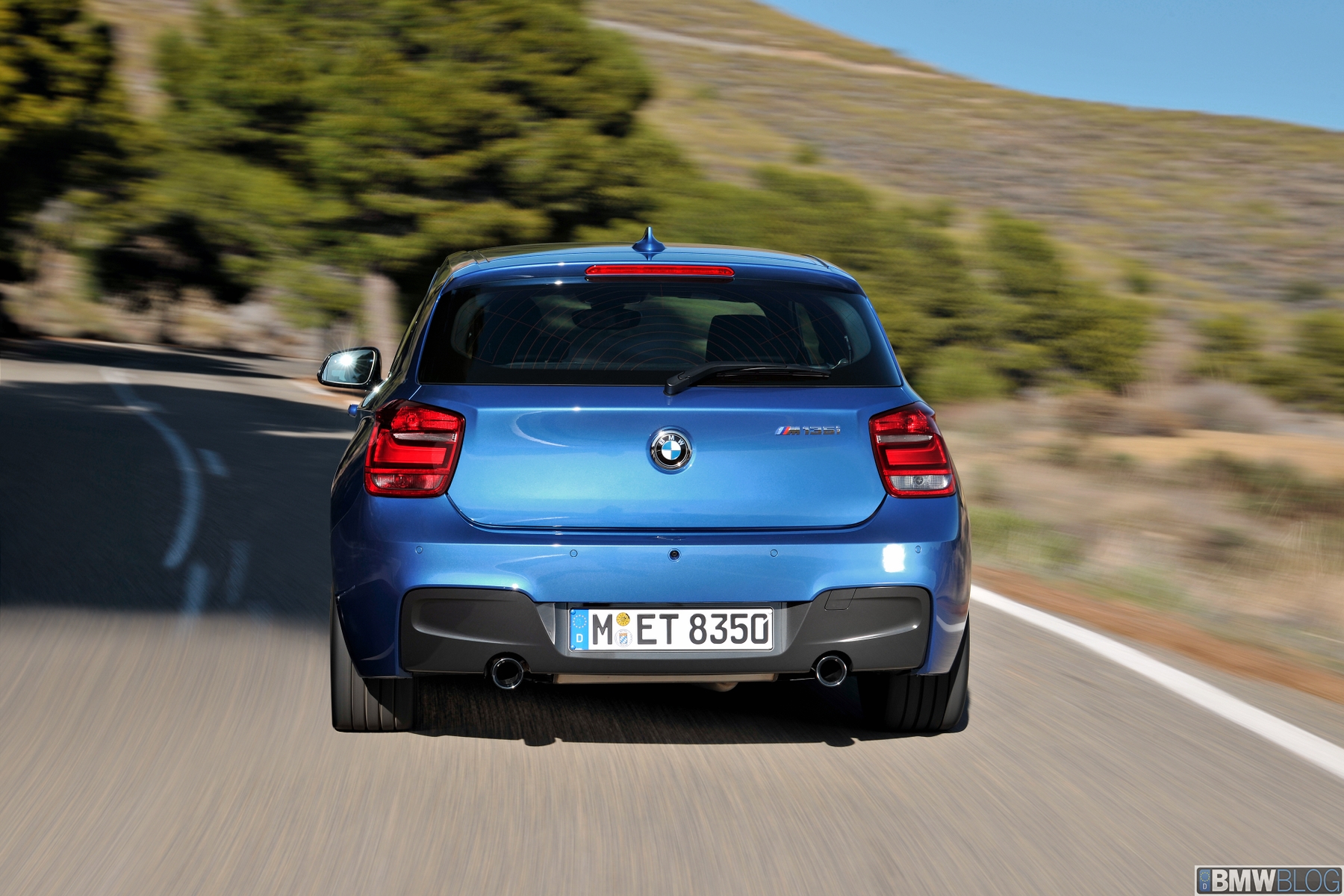 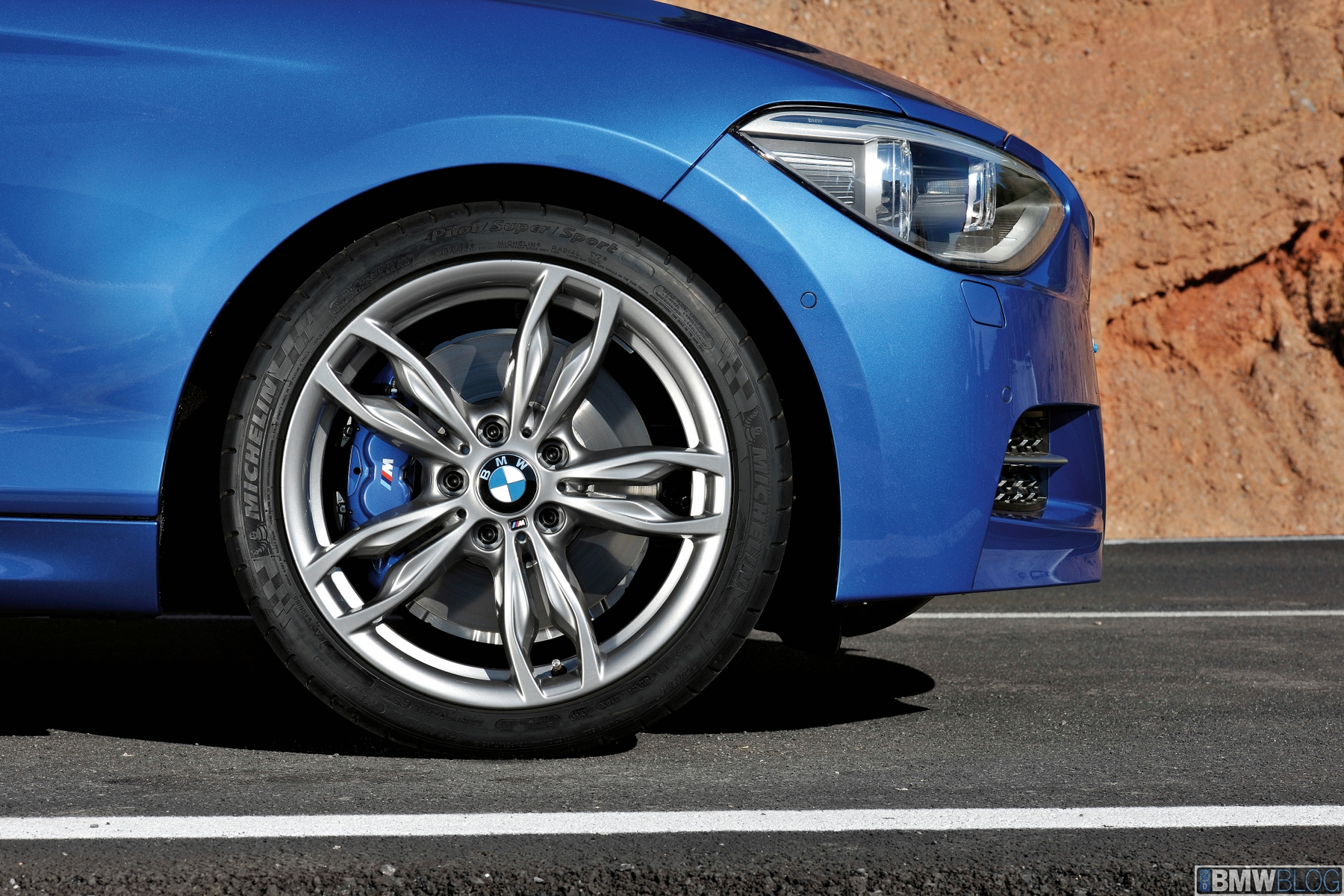 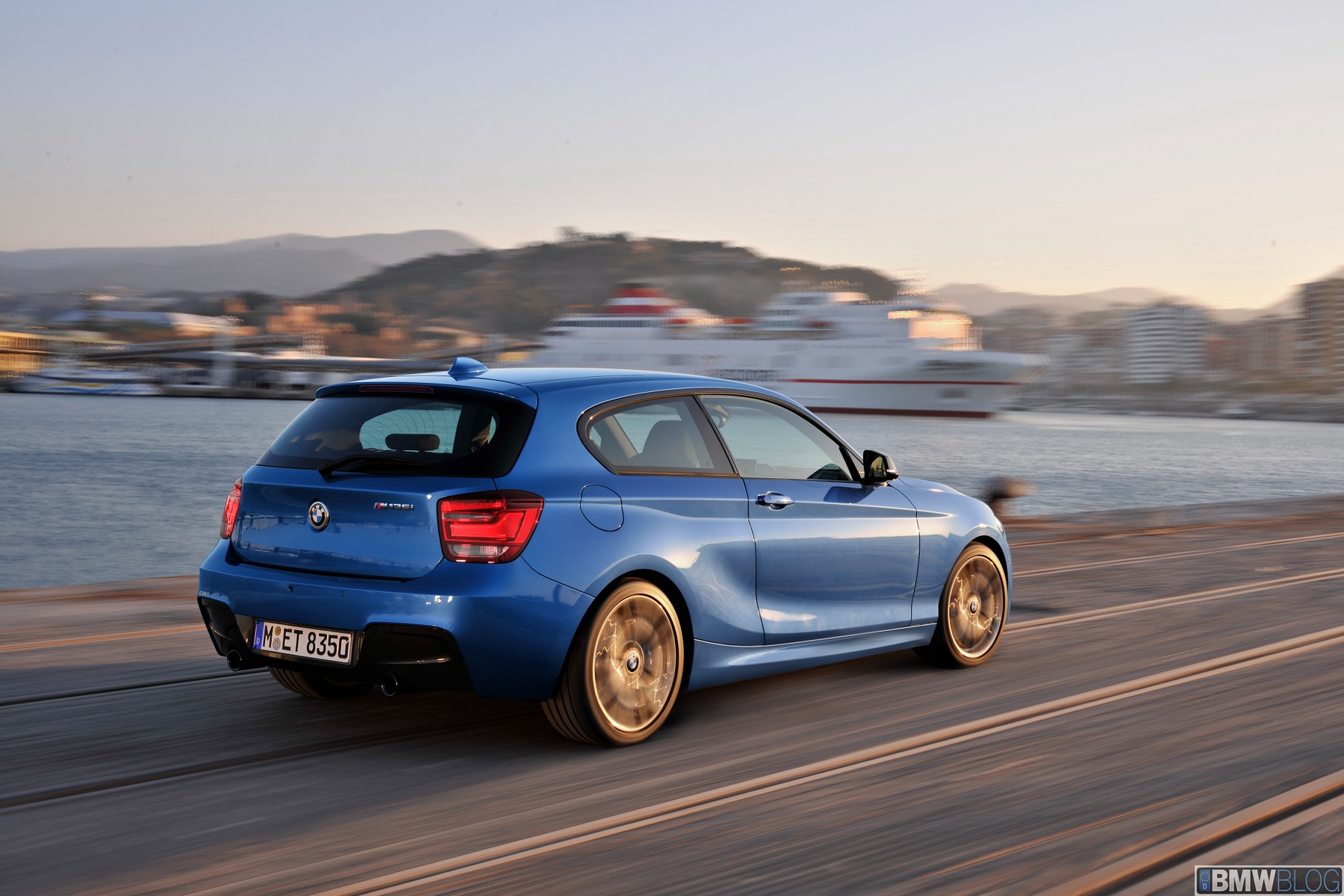 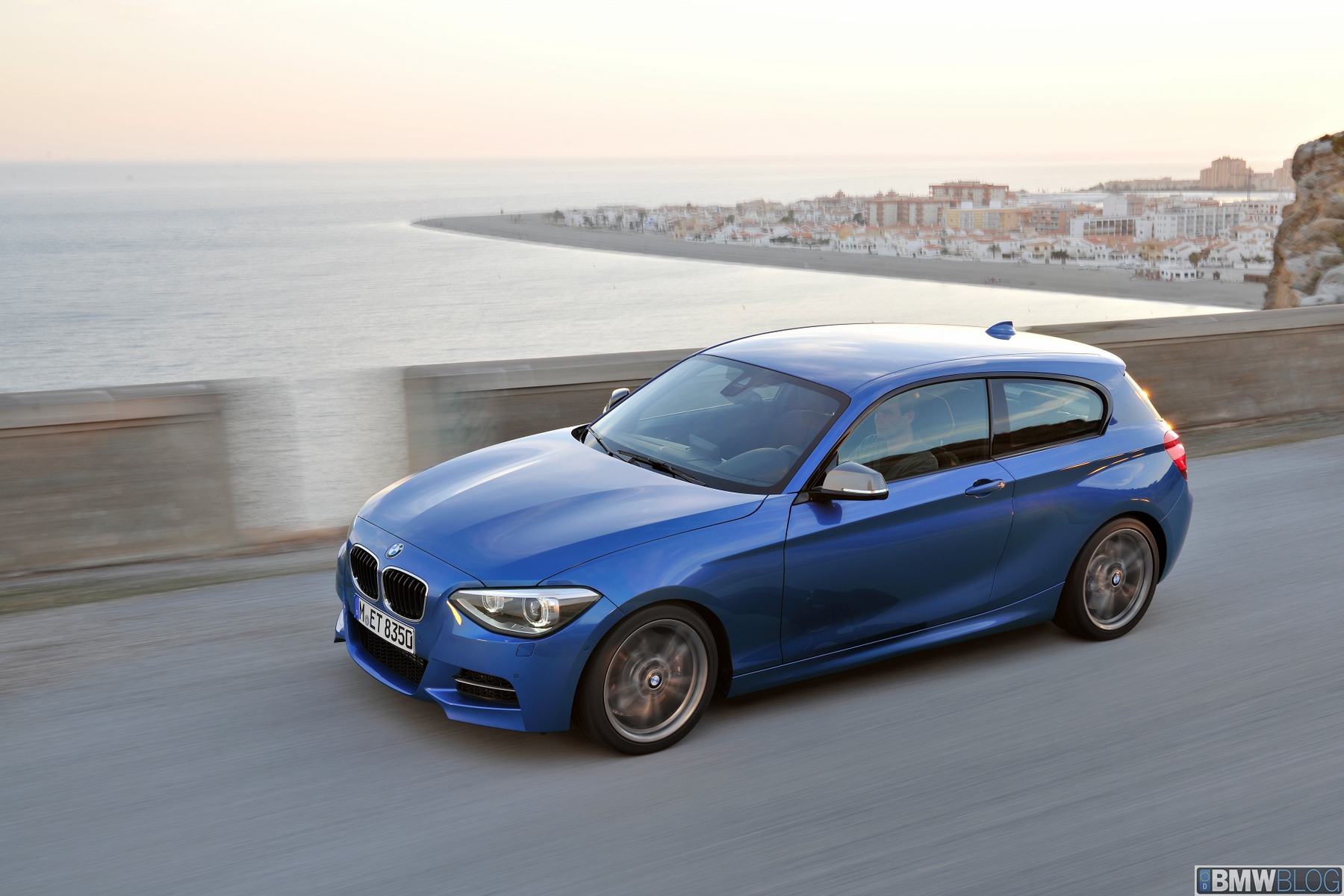 Stay tuned to BMWBLOG, your ultimate source for BMW news and reviews, for upcoming M135i coverage – including highly awaited road and racetrack reviews…

27 responses to “Opposite Lock: The New 1M Takes the Stage”