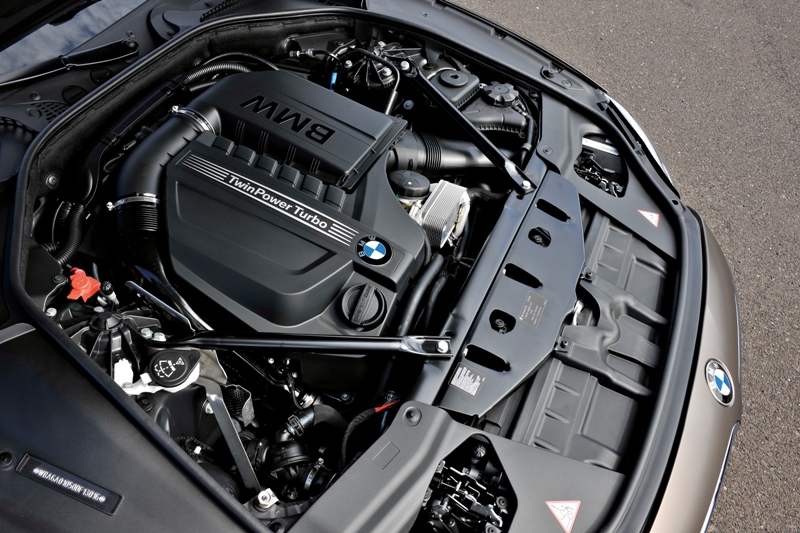 BMW’s production process continue to impress. Using a set of drivetrains, suspension hard points, and suite of electronics, BMW has managed to produce a set of variegated models. Further, they do this without the sales volumes other manufacturers seem to require before embarking on stamping completely different sheet metal for a new car.

It comes as no surprise that the 6 Series Gran Coupe will be offered initially with an uprated version of the N55 six cylinder to be known as the N55HP. It will be good for 315 hp and 330 lb ft of torque. That’s good enough to propel the car to 0 -62 in 5.4 seconds. 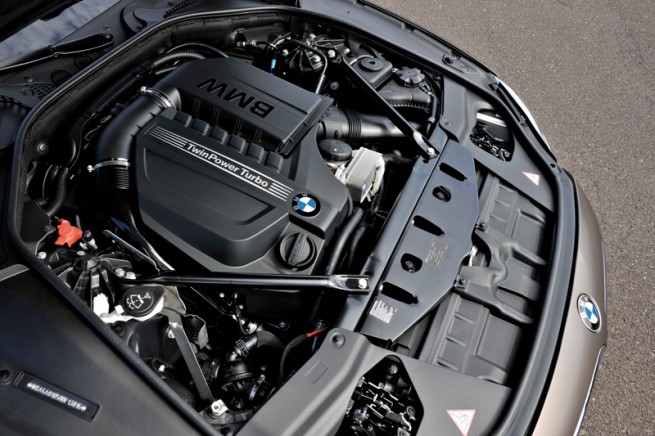 The 650i will make use of an upgraded version the existing N63 to be know as the N63tu. It will produce 445 hp and 485 lb ft of torque. That will propel the 650i Gran Coupe to 62 mph from a standstill in 4.6 seconds. And the 650i xDrive Gran Coupe will shave a tenth of a second off of that 0 -62 mph time thanks to the intercession of the xDrive electronics management of torque between the front and rear axles.

The only transmission mentioned is the ZF eight speed automatic. That to is not surprising given the target demographics for this car. BMW describes this as the ‘8-speed Sport Automatic Transmission’ and paddle shifters on the steering wheel will allow manual selection of the gears.

The 6 Series Gran Coupe takes advantage of the full range of alphabet soup electronic aids available in the 6er Coupe. It carries over the same chassis setup on a different wheelbase and it is wider, longer, and lower than its 550i stablemate.

I had an opportunity to sample the optional Bang & Olufsen High-End Surround Sound System at Frankfurt in a 6er Coupe. It’s sound quality was astounding and, at a stiff premium price over the standard sound system, it should be. But the work Bang & Olufsen and BMW undertook to optimize this sound system in the platform has paid dividends. The sound system features 16 active speakers, seven tweeters, seven mid-ranges, and two sub-woofers (which are placed under the front seats). The system utilizes a digital signal out of the head unit and converts the signal to analog within each speakers amplifier. That means a stable signal is
sent in a digital format to each speaker.

Once the conversion to an analog waveform occurs it follows an extremely short path to the targeted speaker. This reduces the opportunity for analog signal degradation. The total power available is 1,200 watts and the signal processing includes modes using Dirac Dimensions technology.

Dirac Dimensions technology utilize acoustical modeling to vary the sound stage with a limited number of speakers. Two modes are available in the 6 Series Coupe, and I suspect also in the Gran Coupe, a studio mode and an expanded mode which simulates a much larger listening space than can be found within the confines of the 6 Series Gran Coupe.

There is also a center speaker set mounted in the dash. It rises from the dash when the system is powered up. It utilizes what is called Acoustic Lens Technology to disperse the sound with a 180 degree spread. Basically it is a reflective device that disperses sound. One way to look at it would be as an open sided horn. But the impact of the clean signal, excellent speaker components, and clever speaker placement are apparent during an audition of the system.

Of course, it helps that the 6 Series Gran Coupe starts with a stiff, well isolated body shell. That provides an ideal platform for the technology that Bang & Olufsen provides.

BMW is making the most out of ability to produce niche products. The 6 Series Gran Coupe will appeal to an audience that needs to transport four people in luxury and styling while still delivering the driving dynamics that BMW buyers demand. In my mind the true marvel is BMW’s production capabilities that allow them to deliver clearly different models from a set of fundamental building blocks.