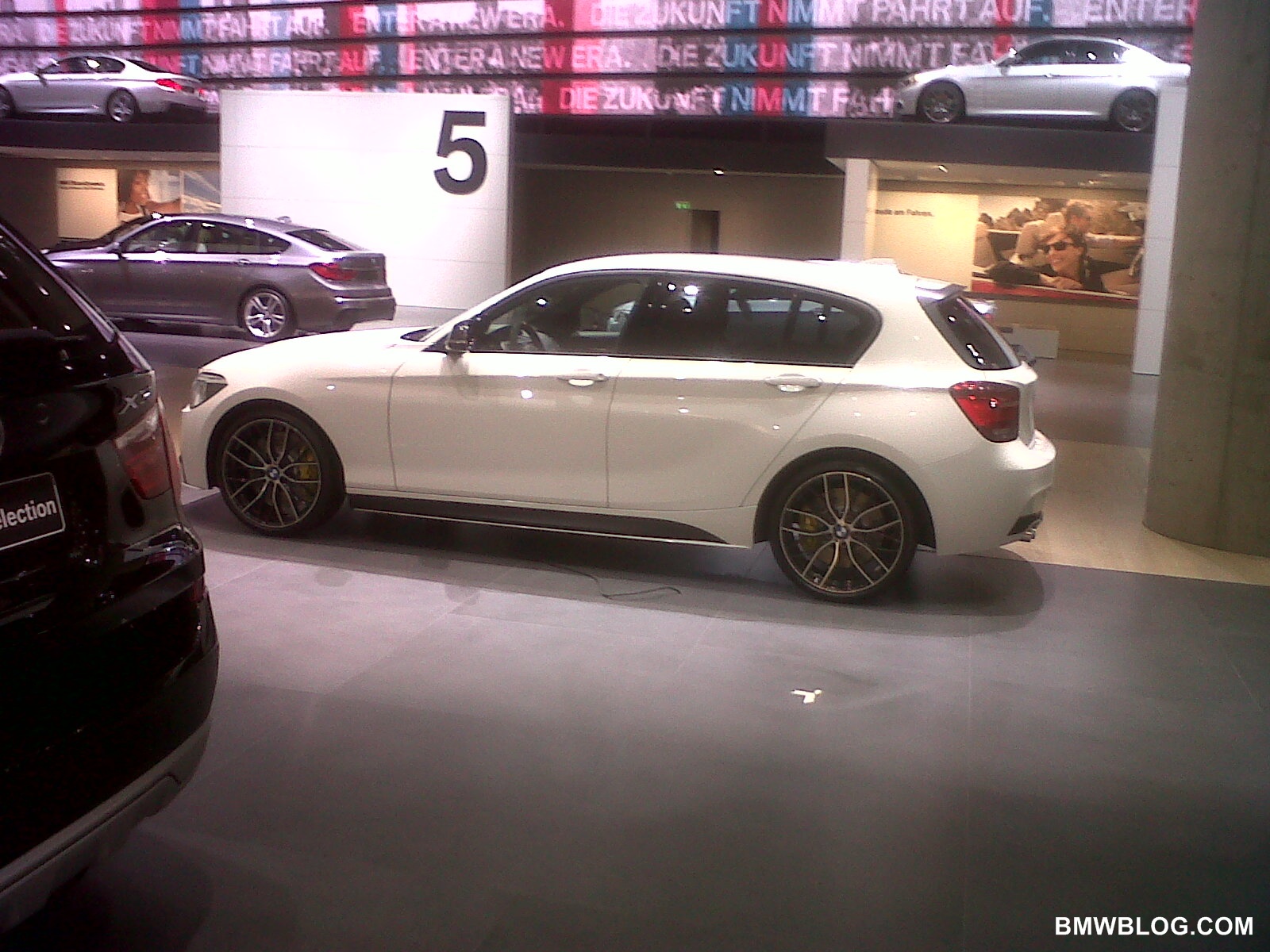 Earlier this month, BMW revealed a new 2012 BMW 1 Series ‘Performance Studie’ to a select group of individuals at a dealership event in Frankfurt, Germany. The special 1 Series model features a new line of performance parts and will go on display next month at the Frankfurt Auto Show.

The model will be introduced under the Performance Studie badge.

To improve the somewhat controversial look of the new F20 1 Series, BMW is bringing a series of cosmectic changes developed under the M-badge. The front showcases an aggressive M-Sport spoiler with larger than usual air intakes.  The sportiness of this model is also enhanced by the blacked out kidney grille. 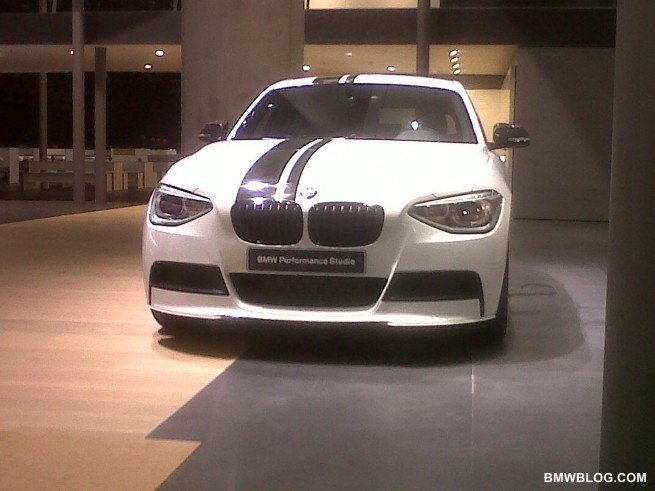 As with the previous BMW 1 Series tii model, black racing stripes are covering the car from front-to-back. 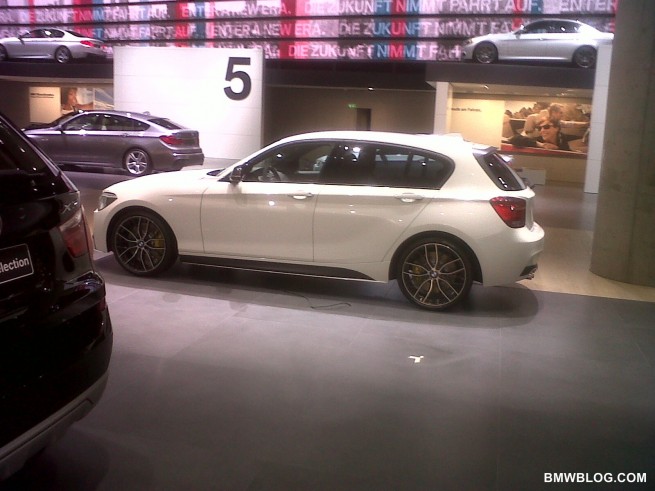 Down the side, the Performance Studie features black-shadowed wheels with polished spoke surfaces. The two-tone theme is carried over to the chunky rear bumper bar with black details.

It remains unknown at the moment if a power upgrade will be included in the Performance Studie package, but we will find out more in less than two weeks at the biggest European auto show of the year. 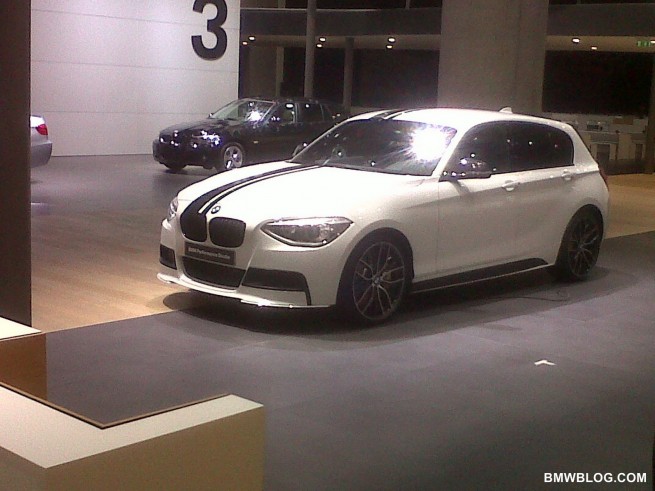